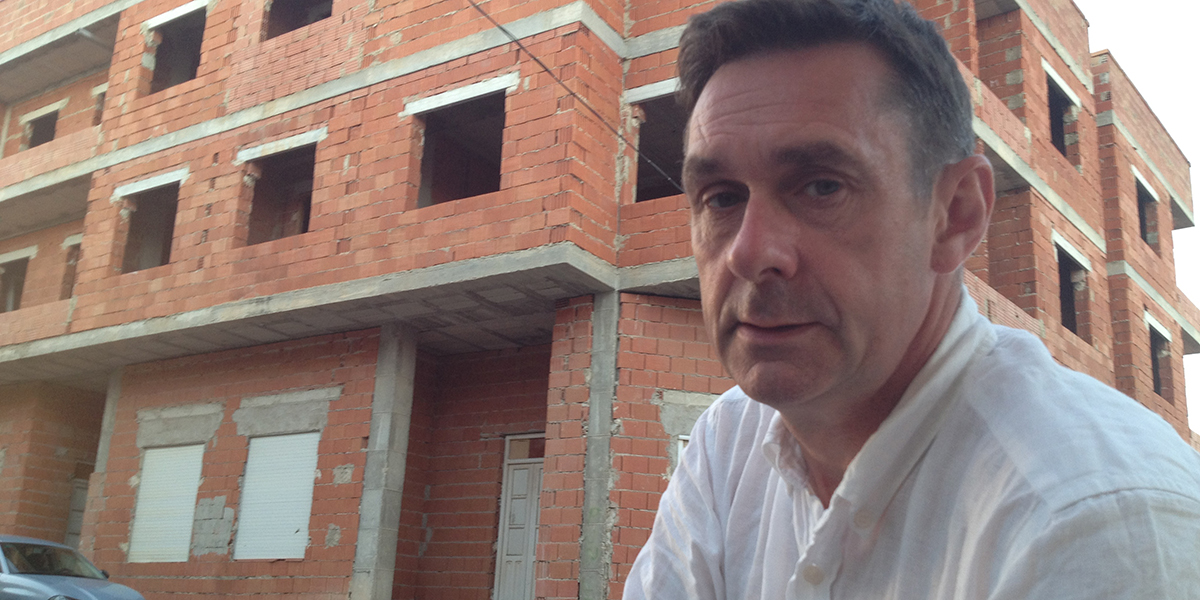 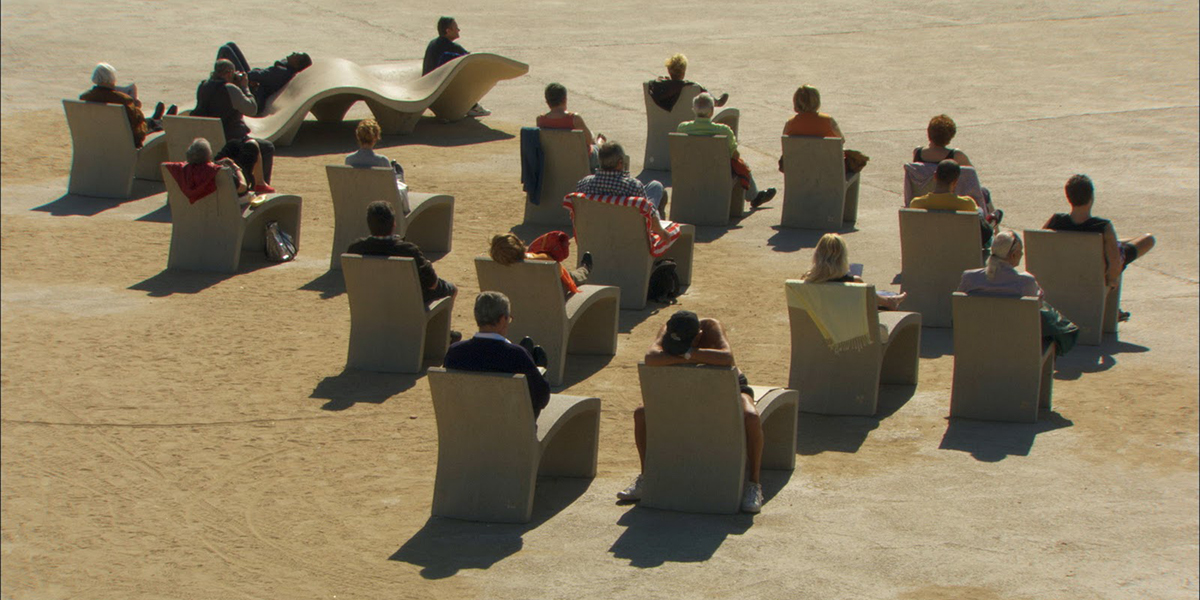 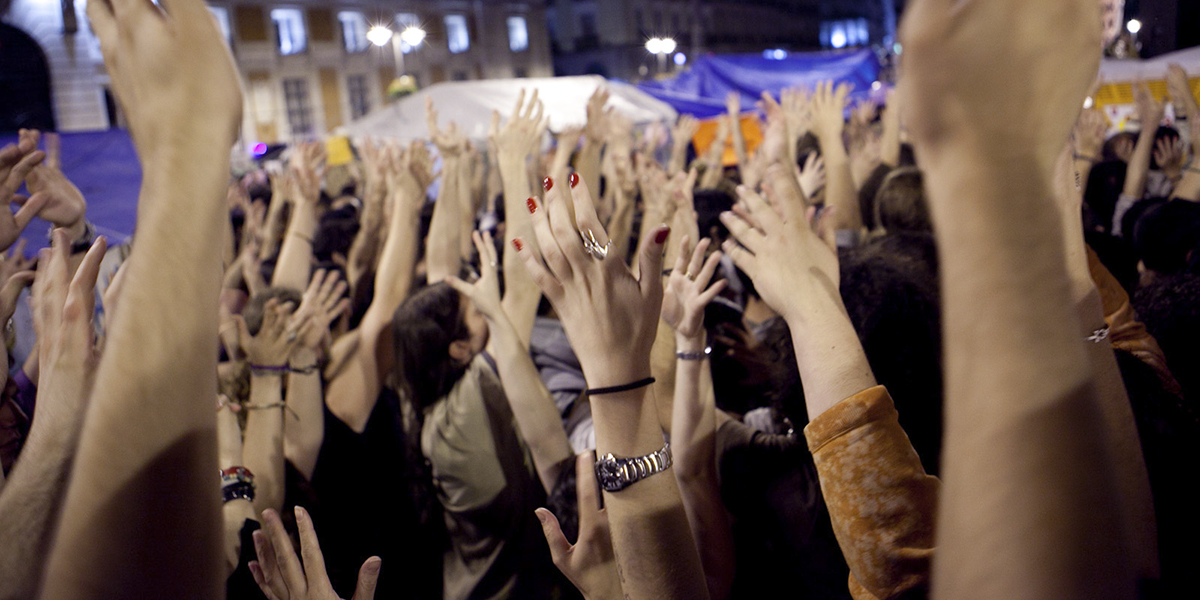 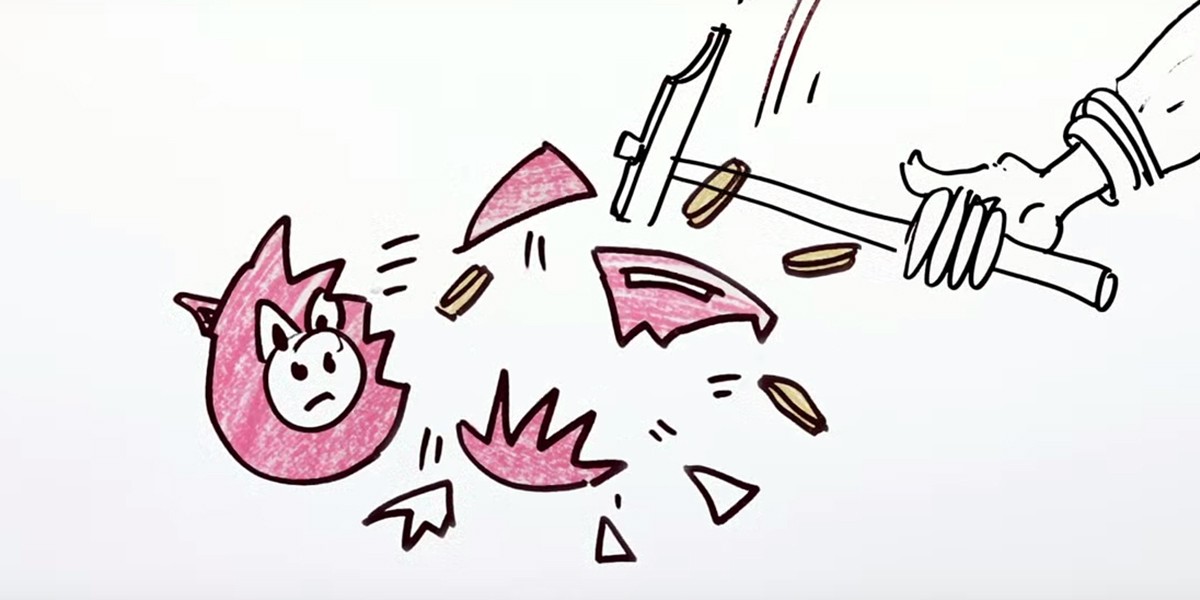 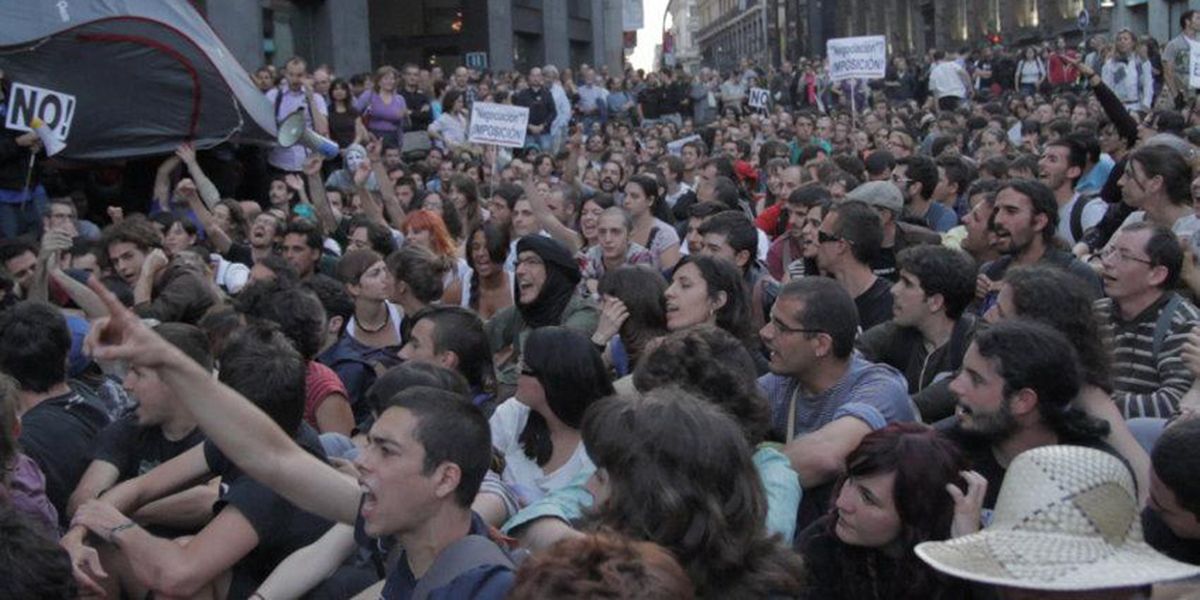 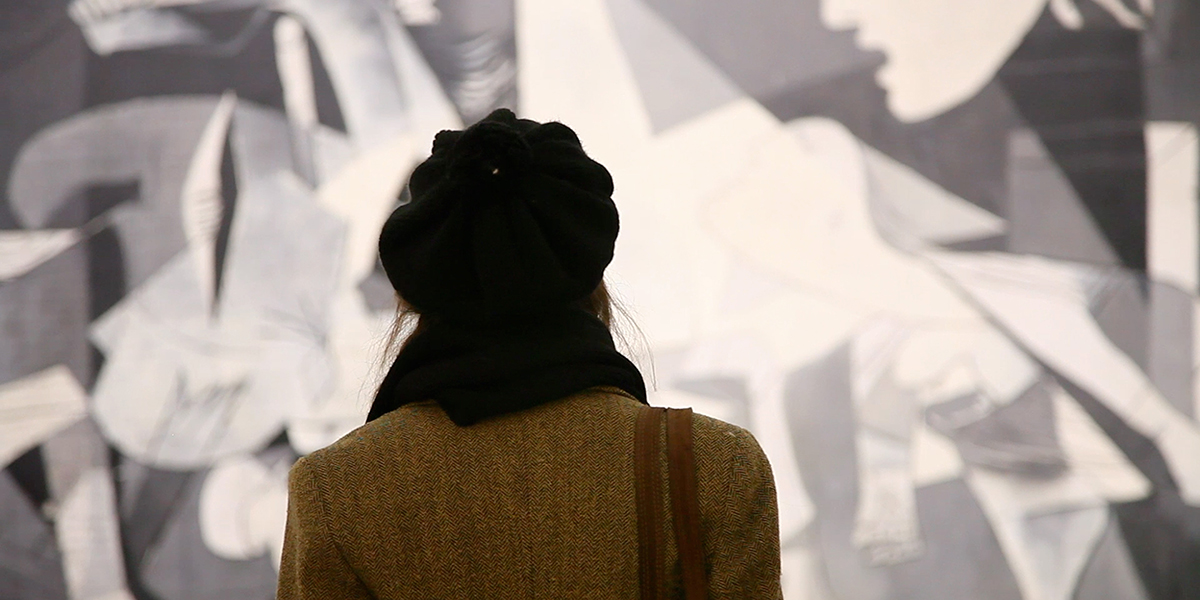 Spain in Crisis: The Spanish Crash and the “Indignados” Movement, NYCOct 18–Oct 19

Measures to pull Spain out of its current financial crisis are failing to bear fruit and exacerbating social tensions. While some are optimistic, the core problems remain; many debate possible solutions, while others leave the country looking for a better life.

This two-day program, the first of its kind, showcases the Spanish crash from different perspectives: an analytical view through the eyes of serious journalism; a piece aimed at recruiting investors produced by a consulting firm; a collective film on the 15M movement proving that the group is vital and has a strong and well- articulated philosophy behind it; and artistic responses created by influential international Spanish artists working today such as Basilio Martín Patino, Mercedes Álvarez, and Isaki Lacuesta. The screenings will be followed by a panel of scholars with specialist expertise in the field. Welcome to today’s Spain!

This film program is presented by Pragda and NYU’s King Juan Carlos I of Spain Center, with the special support of DOCMA, Asociación de Cine Documental.

Germán Labrador Méndez (Ph.D. Spanish Literature, Universidad de Salamanca, Spain) is an Assistant Professor in Modern and Contemporary Peninsular Literature. Before joining Princeton University in 2008, he taught at Universidad de Salamanca (Spain) and was a Visiting Scholar at Berkeley University and at New York University. His teaching and research interests include post-dictatorial Spanish cultural studies, the Avant-Garde and Modernity in Spain, and twentieth-century Spanish literature. He has published Letras arrebatadas. Poesía y química en la transición española (Madrid: Devenir, 2008), a study of poetic and politic practices under the influence in the cultural atmosphere of the 1970’s in Spain. He has also published several articles on subjects such as cinema and collective memories, cultural communities and poetry, popular cultures, the Spanish La Movida, contemporary poetry and genealogies of Peninsular Modernity in authors such as Torres Villarroel, Camilo Pessanha or Agostinho da Silva. He is currently working on a book on counter-culture, policy and aesthetics during the Spanish transition to democracy, and a book about the role of tobacco in Baroque culture in the Seventeenth-Century Spain.

Pablo La Parra Pérez is a Ph.D. candidate at NYU. He holds a BA in Art History (2010: Universitat de València, Spain) and a Master’s degree in Comparative Studies of Literature, Art and Philosophy (2011: Universitat Pompeu Fabra, Spain). His master’s thesis analyzed the project Megafone.net by contemporary Catalan artist Antoni Abad from the perspective of Jacques Rancière’s aesthetic and political ideas. Before joining NYU, he collaborated with the Department of Archives and Conferences at the Center for Contemporary Culture of Barcelona (CCCB). His research interests include visual culture, art theory, aesthetics, radical political theory, and contemporary Spanish cultural studies.

Luis Moreno-Caballud is an Assistant Professor of Romance Languages at the University of Pennsylvania where he teaches modern and contemporary Spanish cultures, critical theory, socio-formalist approaches to literature and film, media studies, popular and participatory cultures, theories of cooperation, network societies and the commons, new technologies and activism. Moreno-Caballud investigates the social construction of meaning during the 20th and 21st centuries in Spain, paying special attention to the power of literary and cinematographic interventions to question and redraw the limits of what is perceived as possible in the social sphere.His research focuses on the cultural transformations brought by processes of capitalist modernization and neoliberal crisis in Spain. In a further line of research, he focuses on the cultural legacy of rural Spain after the transformation of the country into a modern, consumerist, and urban-centered society. He has published papers engaging these and other subjects in academic journals such as Revista Hispánica Moderna, Revista Canadiense de Estudios Hispánicos, Anales de la Literatura Española Contemporánea, and Siglo XXI: Literatura y Cultura Españolas. He has also published articles about the current Spanish crisis and the “indignados” movement in several newspapers.

The Great Spanish CrashAlicia ArceBBC reporter Paul Mason travels to Spain to investigate how this once thriving economy has become the latest casualty of the Eurozone crisis. Greece, Ireland, and ...Another Point of ViewGrant ThortonCrisis, unemployment, debt, premium risk, it seems impossible to detach Spain from these words. However, if we look more closely, we can see that Spain is a ...Futures Market(Mercados de Futuro)Mercedes ÁlvarezA film essay in tableaux, Futures Markets traces the connections between memory, public space, and the real estate bubbles that led to the international financial ...

15M: Excellent. A Wake-up Call. Important.(15M: Excelente. Revulsivo...)Stéphane M. GruesoOn May 15th, 2011, everything changed, or maybe nothing. Tens of thousands of citizens occupied streets and squares in Spain for what was going to be the beginning ...Free I Love You(Libre Te Quiero)Basilio Martín PatinoAn impressionistic documentation of the occupation of Madrid’s Puerta del Sol by one of Spain’s most important directors of all times. Free I Love You lets the ...Spanish Revolution?David Varela, Flavio G. García, Isaki LacuestaSpanish Revolution? is a series of shorts made by prominent Spanish audiovisual artists, which reflect on recent social movements and their context in an attempt ...