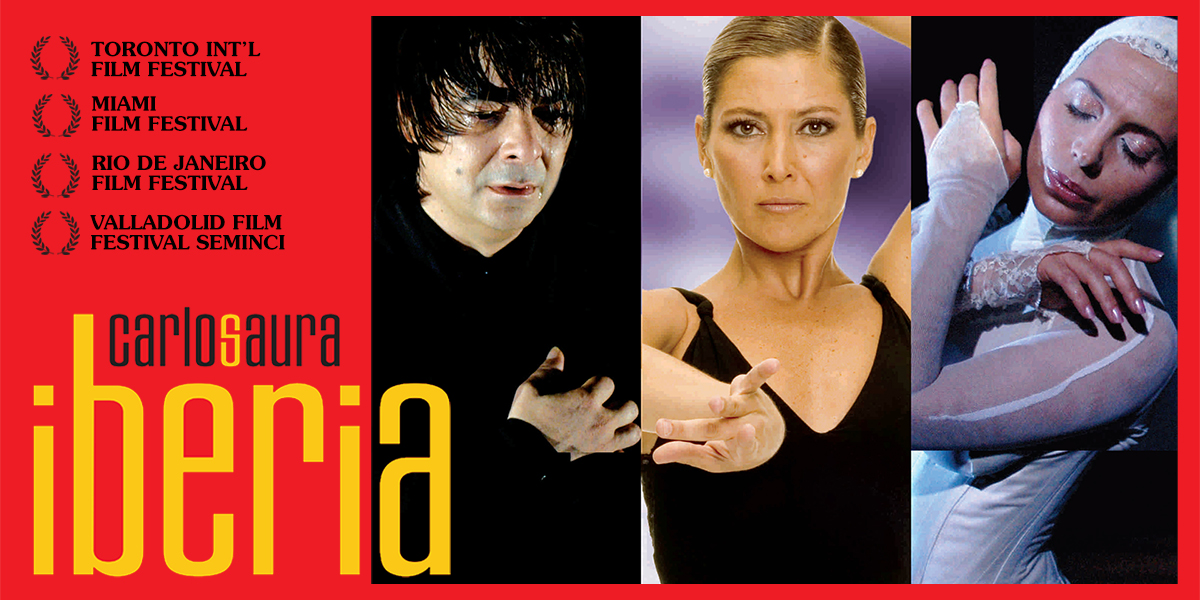 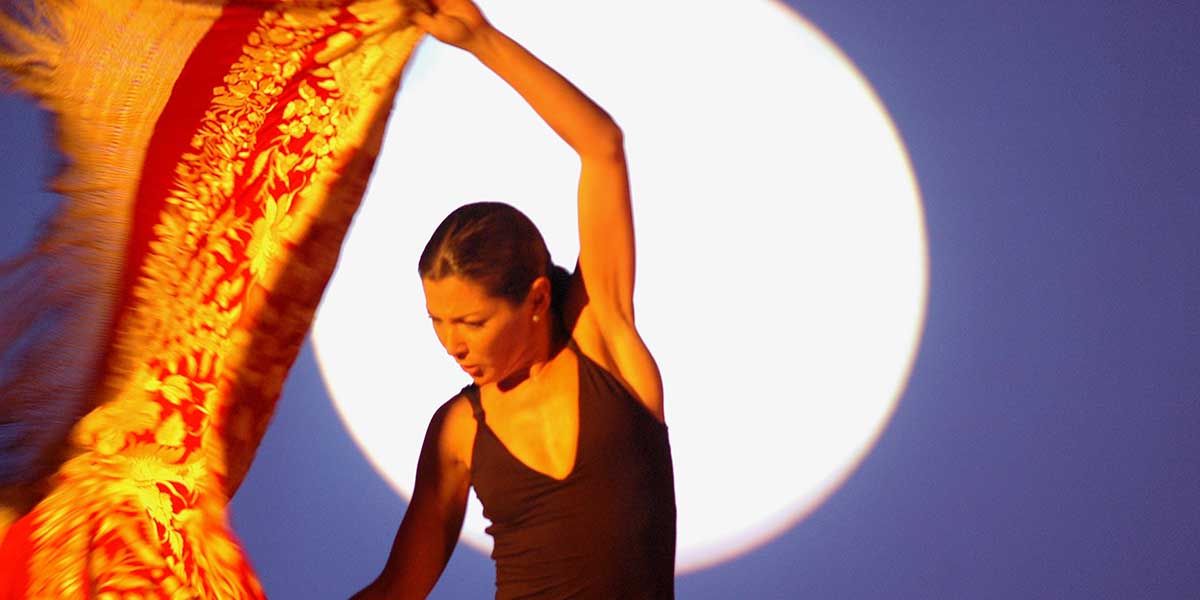 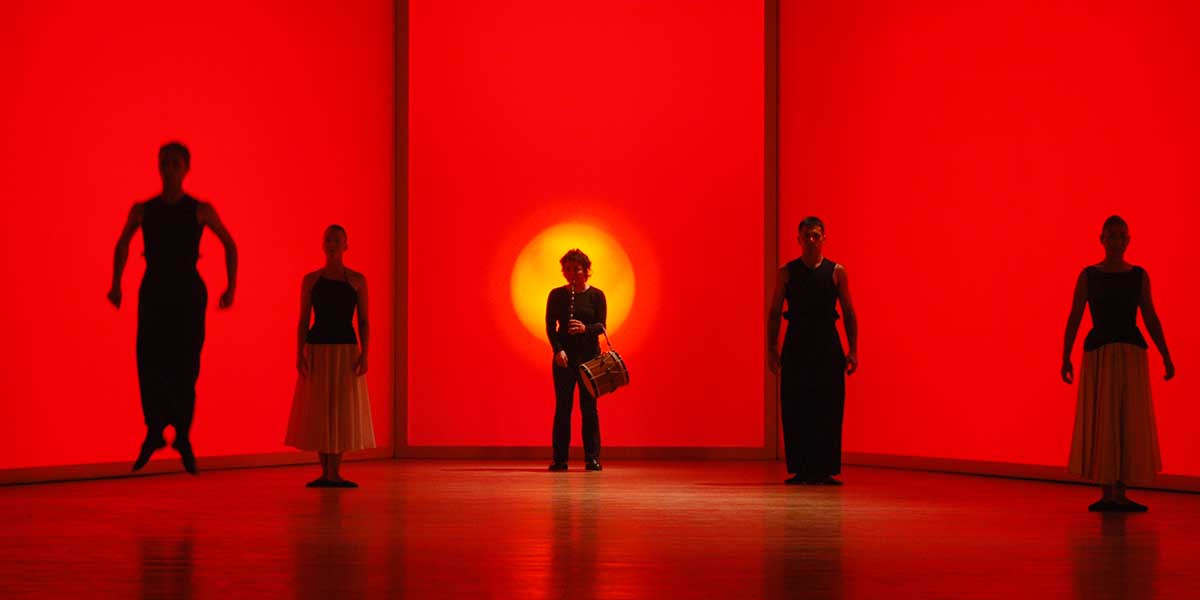 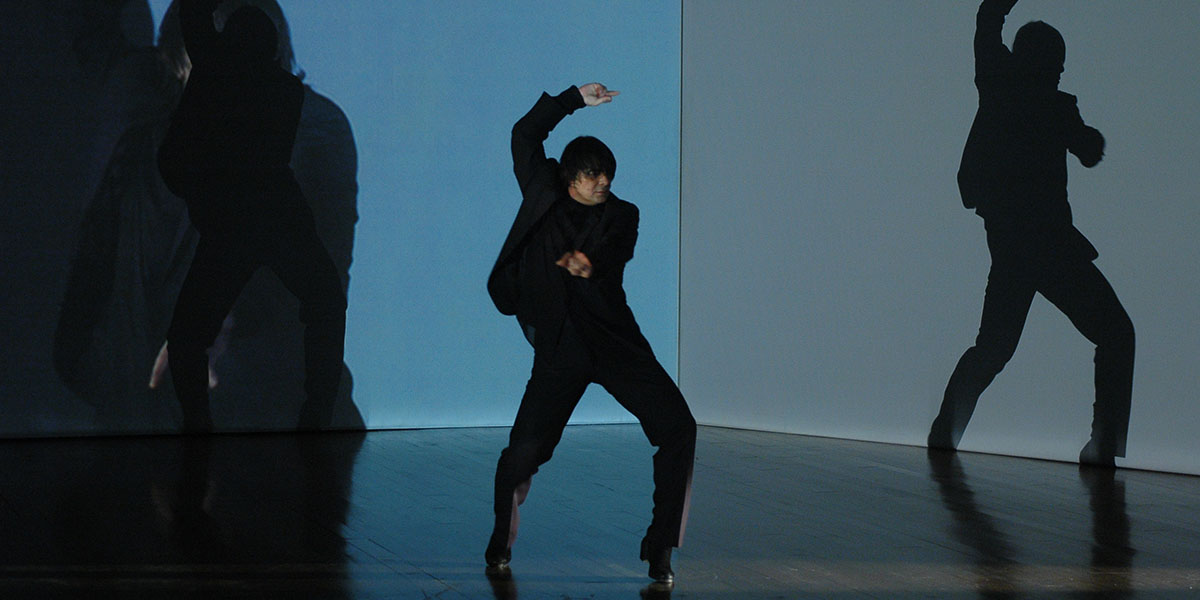 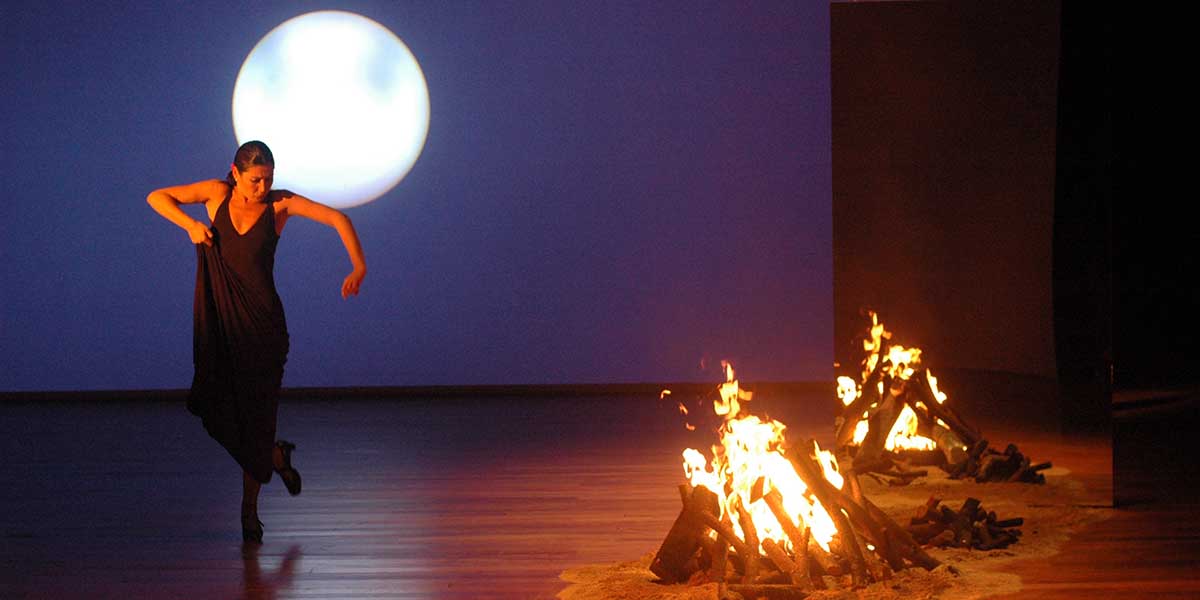 Carlos Saura’s musical masterpiece is an aesthetic tour de force in which camerawork, scenography, dancers, and musicians are choreographed to reach a delightful balance in which Flamenco, classical music, ballet, and contemporary dance are combined to create a moving painting. By working with the greatest talents in Spanish dance and music and fusing their work, Saura not only draws out the best in each but also takes them to new levels.

Inspired by the work of Spanish composer Isaac Albéniz, Iberia is an authentic musical film in which the plot is contained in the music, and the performers are the musicians and dancers that tell the story.

Carlos Saura was born in Huesca. He then moved to Madrid to continue his Industrial Engineering career. Was removed from film school for strictly political reasons. In 1959 he filmed Los Golfos (1962). In this film he tried to create a sort of Spanish Neo-Realism by tackling the juvenile delinquency in the Madrid’s poor quarters from a sociological point of view. Saura is a well accepted director both nationally and internationally, and in proof of it he won many awards: Silver Bear in the Berlin Festival for The Hunt (1966), Peppermint Frappè (1967). Special Jury award in Cannes for Cousin Angelica, and for Cría Cuervos. Also the film Mama turns 100 (1979) got an Oscar nomination in 1979 as the best foreign film, and it won the Special Jury award at the San Sebastian Festival. In 1990, he won two Goya award as best adapted screenplay writer and best director.

“Anyone who has had the privilege of watching Saura's Iberia (2005) understands that this gifted filmmaker has found a way to harness the tricks contained in his cinematic toolbox in service of capturing and enhancing the dance vocabulary and musical soul of Spanish culture.” – George Heymont , HUFFPOST ARTS & CULTURE

Once again I face the magical combination between music and the camera which fascinates me so much and which reaches its zenith in the musical. Although it is true that this cinematographic form may adopt many other forms, the one I prefer, as I consider it represents its purest form (with all my respect to any other approximation) is that which is not overcome by any artificial narrative reasoning. This experience I could fortunately develop in Sevillanas, Flamenco, and recently Salomé, allows me a degree of freedom in the approach of the images and the staging, which cannot be enjoyed when facing a play with a storyline.