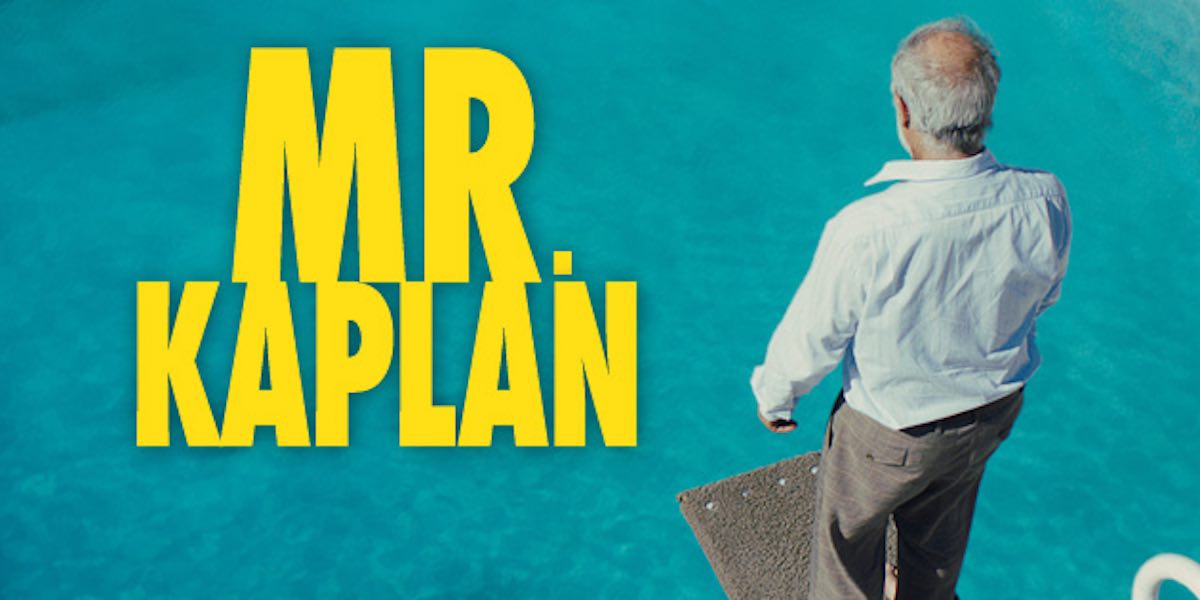 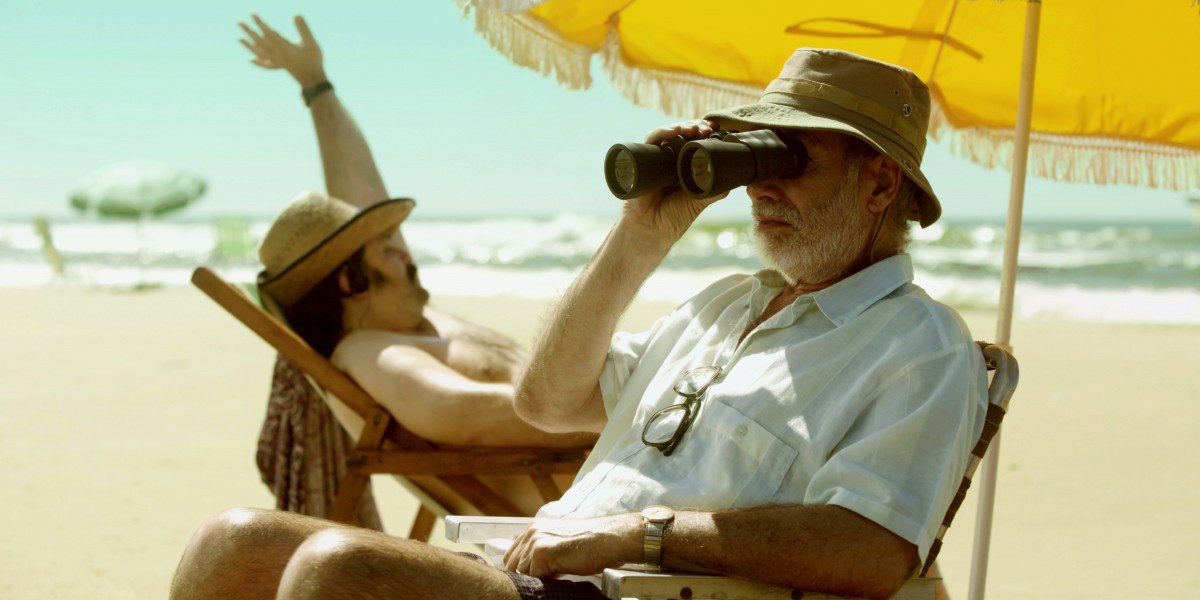 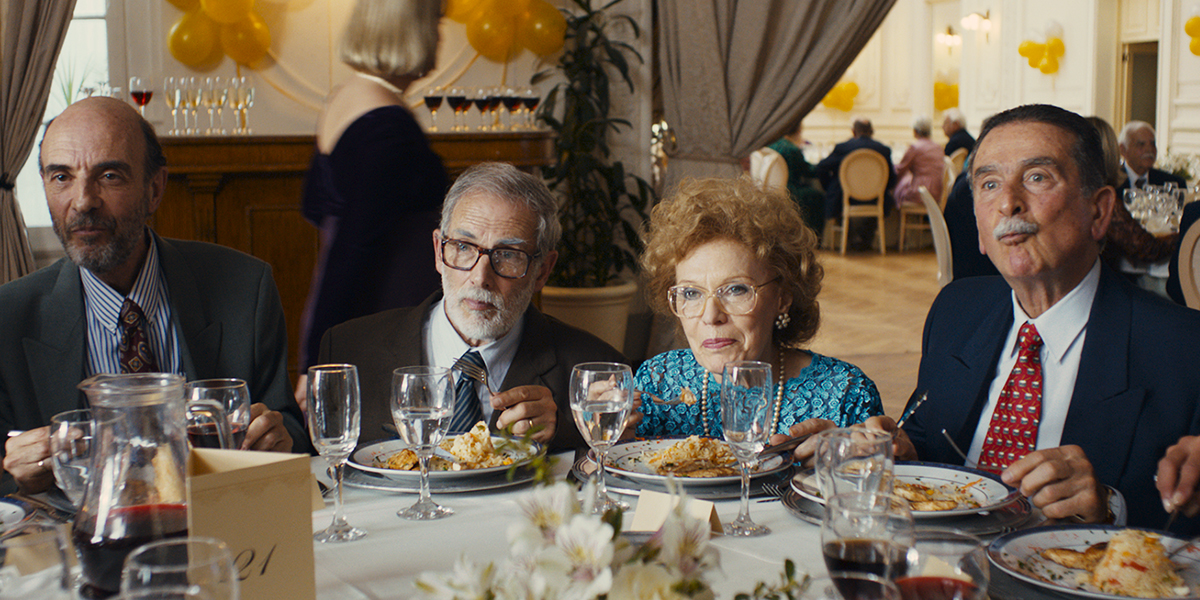 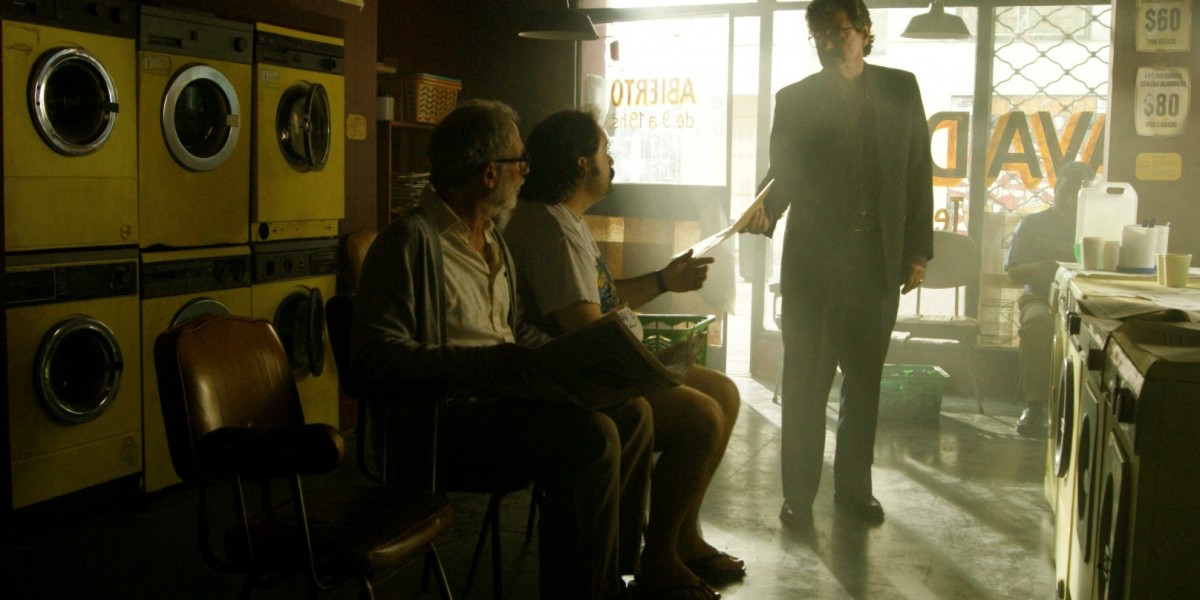 Uruguay’s official selection for Best Foreign Academy Award, Mr. Kaplan follows Jacob Kaplan’s ordinary life in Uruguay. Like many of his other Jewish friends, Jacob fled Europe for South America because of World War II. But now, turning 76, he’s become rather grumpy, fed up with his community and his family’s lack of interest in their own heritage.

One beach bar may, however, provide him with an unexpected opportunity to achieve greatness and recover his family’s respect in the community: its owner, a quiet, elderly German, raises Mr. Kaplan’s suspicion of being a runaway Nazi.

Ignoring his family’s concerns about his health, Jacob secretly recruits Contreras, a former police officer whose loyalty far exceeds his honesty, to help him investigate. Together, they will try to repeat the historic capture of Adolf Eichmann: by unmasking and kidnapping the German and secretly taking him to Israel.

Rising filmmaker Álvaro Brechner’s quixotic quest strikes plenty of comedic spark from its bone-dry humor, taking great delight in the reinvigorated ingenuity and pride of its aging protagonist. Even more potently, the film never loses sight of the existential demons that haunt those on the run from their unresolved past and, ultimately, themselves.

“Brechner’s film is a delightful take on our desire to feel a purpose in our lives. Although they are separated by more than 30 years in age, Kaplan and Contreras are united in their need to pursue the German to counter the impotence that was characterizing their lives before circumstances brought them together.” – George Kafka, Sounds and Colours

“Mr. Kaplan has a some fine performances, a bone-dry take on life, a vibrant camera capturing the action from interesting angles and a stringent script, which makes the audience root for Jacob because he is such a lovable anti-hero.” – André Simonoviescz, Film Uforia

“The chemistry between our crime‐fighting duo is infectious, with Noguera’s deadpan gruffness meeting its match with the bumbling and brash Guzzini. But between the comedy, Brechner cleverly intertwines the serious issues that lie behind Kaplan’s intentions–heritage is unforgivably being forgotten.” – Rachel Williams, The London World

Álvaro Brechner began studying, writing, and filmmaking in Montevideo, his hometown. At 23, he received the National Literature Award from the Uruguayan Ministry of Culture. In 1999 he travelled to Spain to pursue a Masters in Creative Documentary at the Universidad Autónoma de Barcelona.

Since 2000, Álvaro has lived in Madrid, where he has directed several documentaries and short films for History Channel, Odyssey, and TVE, winning 50 awards in over 140 International Film Festivals.

In 2009, Alvaro’s directing feature debut Bad Day to Go Fishing premiered in competition at the 48th International Critic’s Week of the Cannes Film Festival. The film received over 30 awards and was Uruguay’s Official Selection for Best Foreign Academy Award.

My grandfather was born in Poland, but in 1938 had to escape to South America leaving his family behind. While my first feature film was screening in Warsaw, I took the opportunity to travel to Sosnowiec, my grandfather’s native town. I was moved, but nothing I found there was essential to my personal identity or culture. For a man who has always been interested in exploring themes of how we create our identities as a way of survival, this was an unexpected sensation. I had never thought about it. The fact is that one day we will die, and after a few decades, there will be little of us left in the world no matter what we do. Who will remember us? What difference will we have made? Will our life be in anyway “special?”

ADOLF EICHMANN AND SS IN URUGUAY

I have always felt a special interest in the history of the Nazis that escaped to South America, especially the case of one of its most notorious leaders, Adolf Eichmann, who was discovered living in Argentina under a false identity.

In Montevideo, the Jewish community is completely integrated to all the activities of the country. Anti-Semitic sentiment is rare. For many Jews, the biggest menace they face is the existential danger of becoming assimilated into the local secular society, without preserving their own culture and traditions. In this way, I combined my memories of my grandfather with a series of fictional events, creating Jacob Kaplan: a patriarch without a patriarchy. A Quixote Schlemazle, who at 75 years old, finds a last chance of doing something exceptional and to plunge into an adventure that will take his life to unprecedented heights.

COMEDY AS A SERIOUS MATTER

One of the main challenges of Mr. Kaplan was its tone. I see life as a mix of comedy and drama, two sides of the same coin. Even in the saddest background and circumstances, the use of humor gives us the strength to persevere and become enlightened. Maybe that’s why I’ve always felt attracted toward characters that possess a quixotic mentality, whose longing for epic adventure strongly opposes the absurd circumstances of reality. Men who use their fertile imaginations as tools for survival from the boring quotidian existence, and in doing so, they find a way to take revenge on death and oblivion.

Mr. Kaplan is a film that examines the role of the elderly, the loss of one’s identity confronted with the continuity of tradition, the preservation of one’s dignity, and the chance to leave one’s mark forever and realizing one’s wildest dreams. Through characters that display their contradiction and frailty in the search for friendship and self-respect, my goal was to portray those small and big moments that make our journey through this world ridiculous, while often still fascinating.