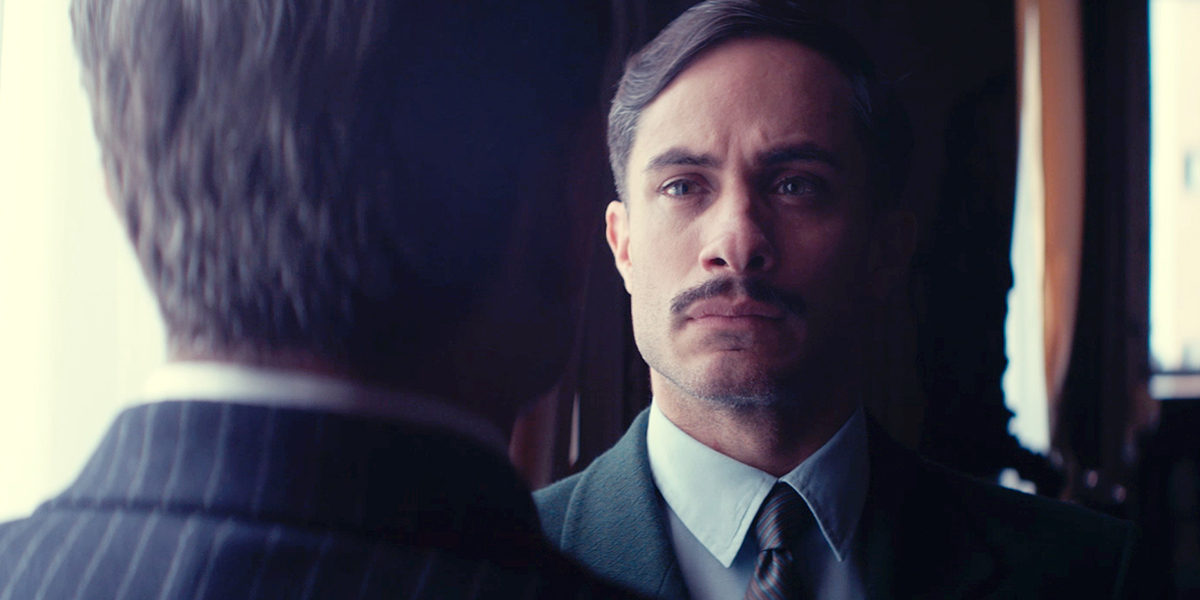 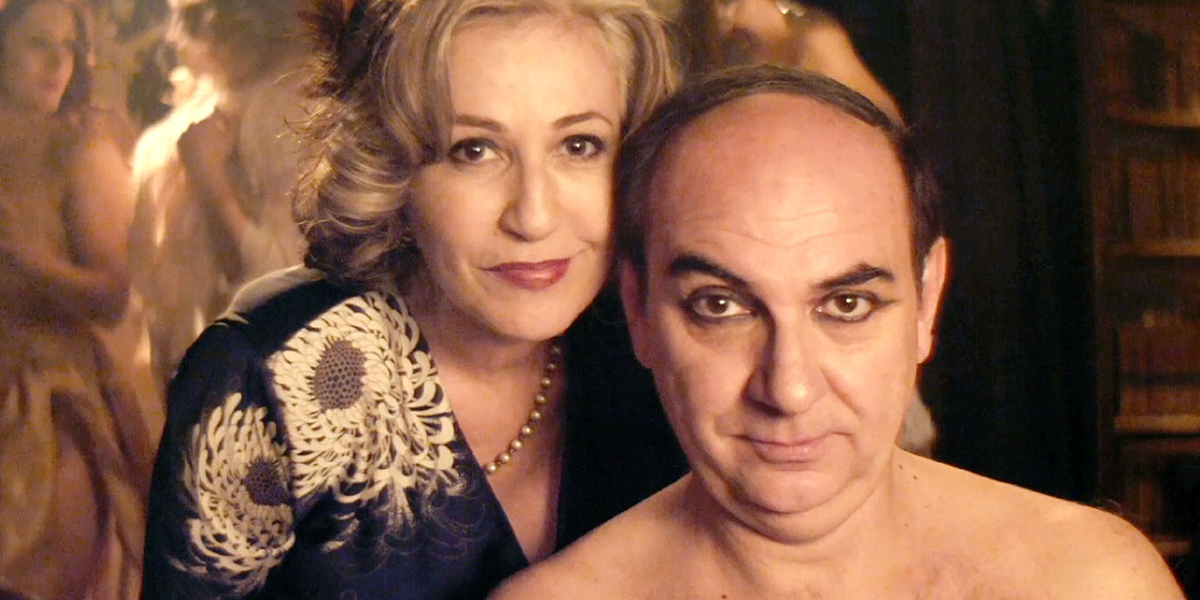 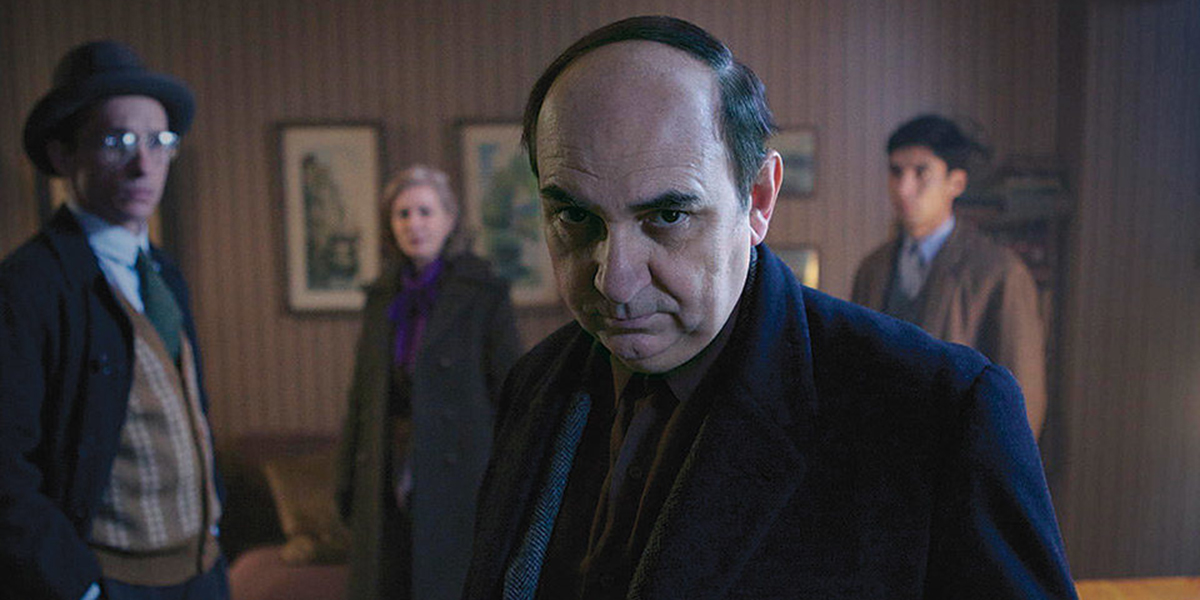 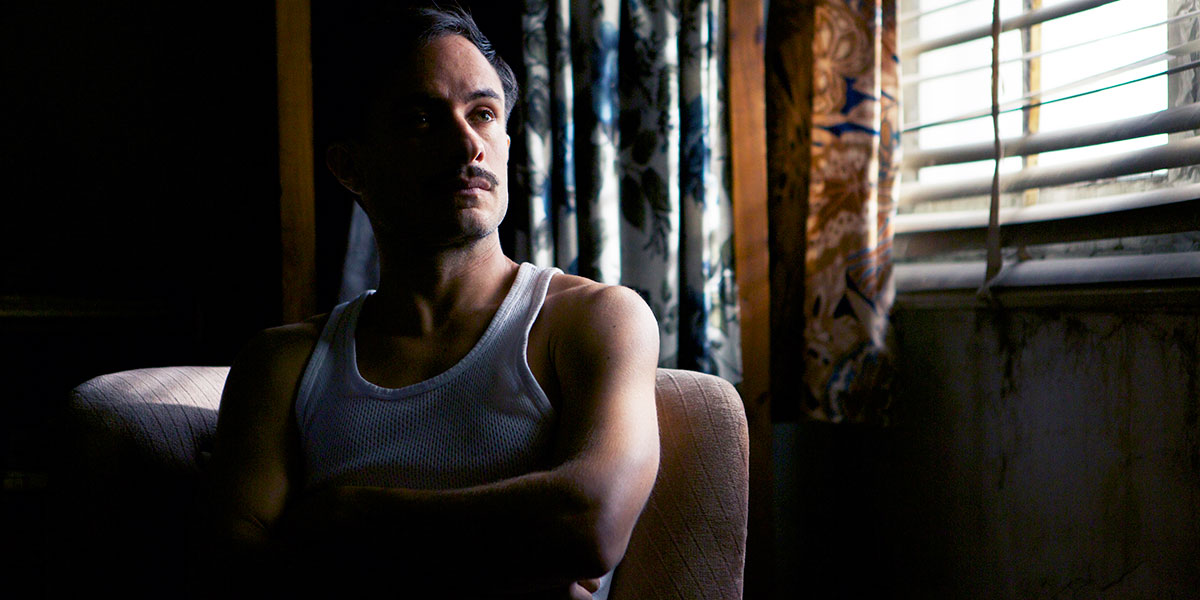 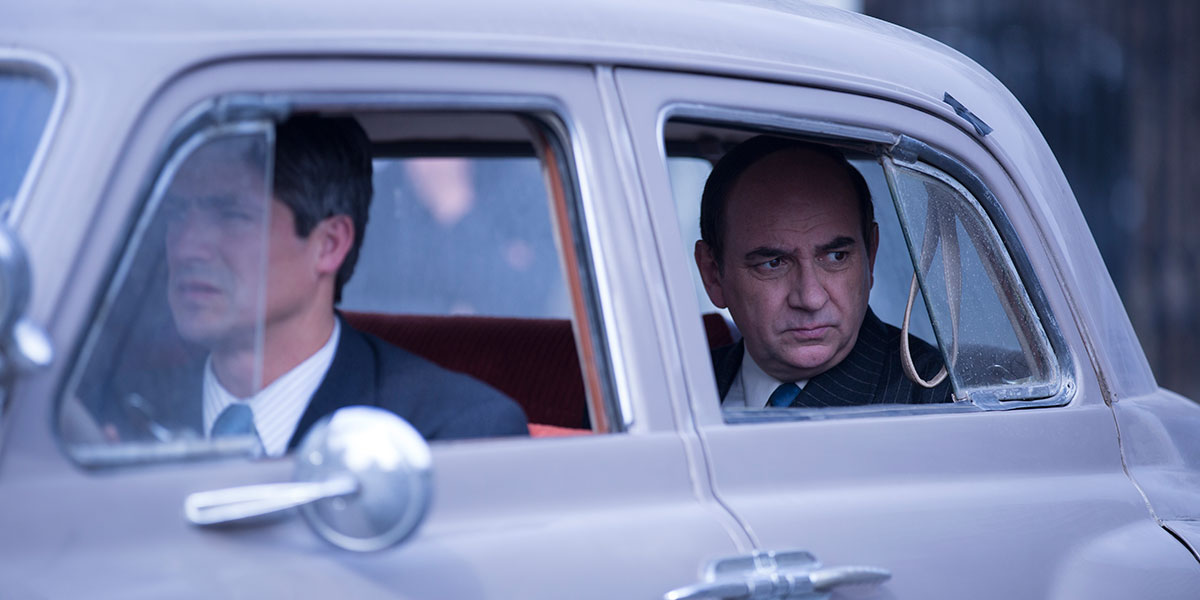 Gael García Bernal joins award winning Chilean director, Pablo Larraín, in this a noir-infused reimagining of the Nobel Prize-winning poet and politician’s struggle with the state.

It’s 1948 and the Cold War has reached Chile. In congress, Senator Pablo Neruda accuses the government of betraying the Communist Party and is swiftly impeached by President Gonzalez Videla. Police Prefect Oscar Peluchonneau is assigned to arrest the poet. Neruda tries to flee the country with his wife, the painter Delia del Carril, but they are forced into hiding. Inspired by the dramatic events of his new life as a fugitive, Neruda writes his epic collection of poems, “Canto General.”

Meanwhile, in Europe, the legend of the poet hounded by the policeman grows, and artists led by Pablo Picasso clamor for Neruda’s freedom. Neruda, however, sees this struggle with his nemesis Peluchonneau as an opportunity to reinvent himself. He plays with the inspector, leaving clues designed to make their game of cat-and-mouse more dangerous, more intimate. In this story of a persecuted poet and his implacable adversary, Neruda recognizes his own heroic possibilities: a chance to become both a symbol for liberty and a literary legend.

“Larraín’s signature is rooted in a regard for history and culture that is arduously invested in re-examination and devoid of sentimentality.” – José Teodoro, Film Comment

“An effusive love letter to the very concept of fiction and all the ways it can set you free...” – Jessica Kiang, The Playlist

“A postmodern policier about the politics of personality and the communist purge that sent Pablo Neruda into hiding.” – José Teodoro, Film Comment

“Stunningly inventive...a work of such cleverness and beauty, alongside such power, that it’s hard to know how to parcel out praise.” – Jay Weissberg, Variety

“One of the best character studies in years.” – Ben Croll, The Wrap

“Not many directors get a one-two punch like Jackie and Neruda in the same season, but it just makes it all the more clear that Larrain is one of the world's most exciting and imaginative filmmakers, whatever the subject may be.” – Lindsey Bahr, Associated Press

“With great supporting performances and an intelligent script, it's an accomplished and engrossing tale.” – Bruce Demara, Toronto Star

We see and feel Pablo Neruda as a creator who is so complex and extensive, practically infinite, that it’s impossible to put him into a single category, to make a single film purporting to establish or define his personality or his work in a hard and fast way. That’s why we chose the story of the escape, the investigation and the literary legend. For us, Neruda is a false biopic. It’s a biopic that isn’t really a biopic because we don’t really take the task of making a portrait of the poet that seriously. Simply because that’s impossible. So we decided to put together a film from elements of invention and playfulness. In that manner, the audience can soar alongside him in his poetry, his memory, and his Cold War communist ideology.

During his escape, Neruda wrote a good part of “Canto General” which is perhaps his most massive, complete and risky book, inspired as it was by everything he saw and everything he went through during his escape. The writing is full of fury and flights of fancy, full of terrible dreams and full of a cosmic description of Latin America in crisis – angry and desperate. Neruda constructed a political tome about war, rage and poetry while on the run, which opened the door for us to a wildly imaginary investigation, because – like the poet and his work – the film constructs an intersection between art and politics from a cinematic and literary point of view.

Neruda liked crime stories – that’s why the film turns out to be a road movie with a police investigation element – genres which involve changes and evolving characters and, in our case, elements of farce and the absurd as well. We see the landscape and all the movement within it as a transformative and illuminating process. No one winds up as he began – neither the hunter nor the prey. We invented a world, just as Neruda invented his. The film we made is more a “Nerudian” film than it is a film about Neruda, or perhaps it’s both. We created a novel that we would have liked Neruda to read. – Pablo Larraín