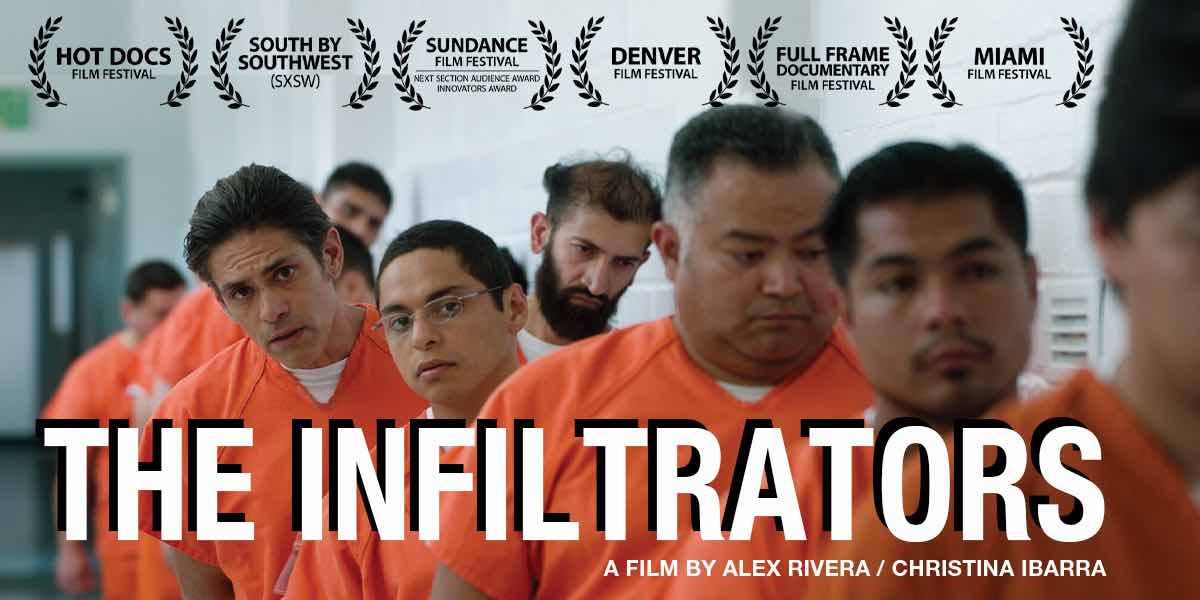 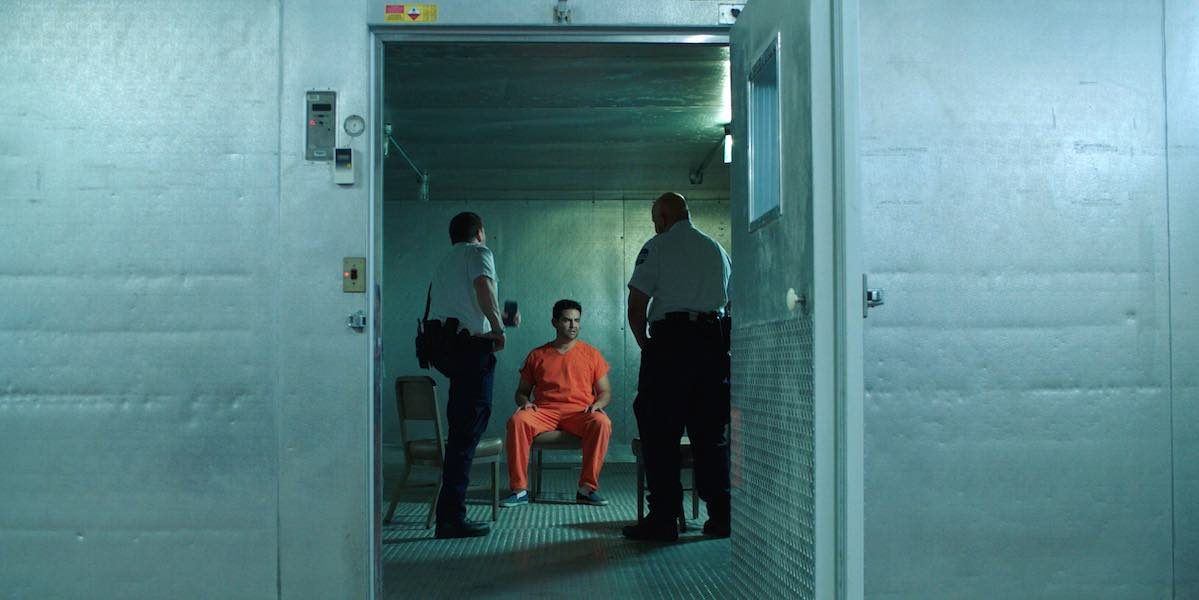 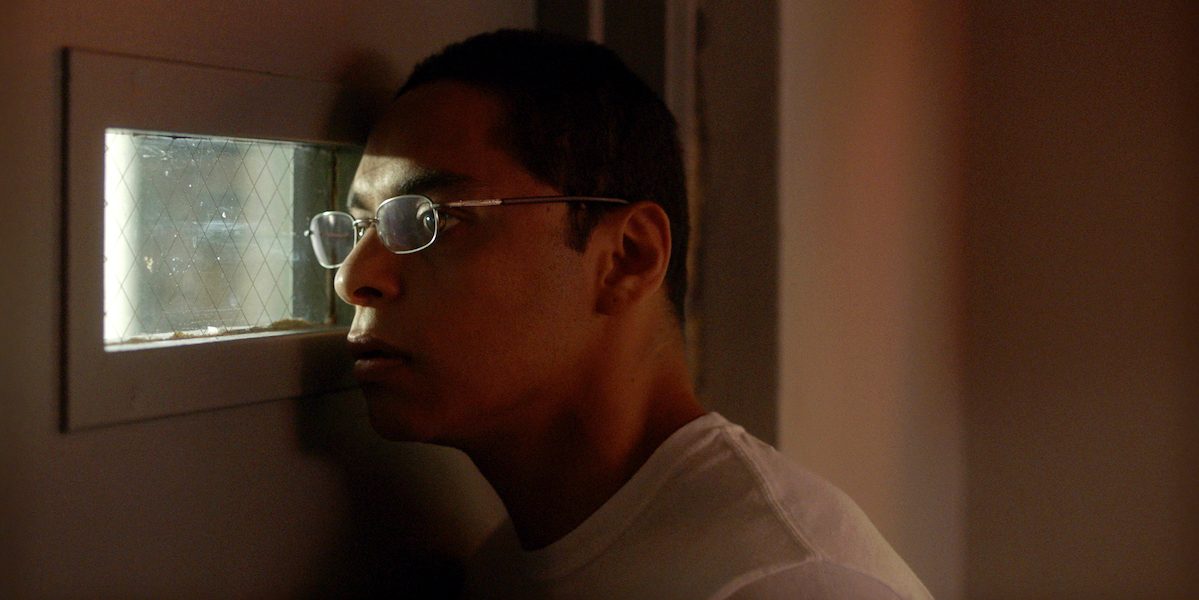 Cristina Ibarra and Alex Rivera’s powerfully inventive docu-thriller — a prison escape drama in reverse — tells the incredible true story of Marco and Viri, two members of the Dreamer-led National Immigrant Youth Alliance who embark on a mission to stop deportations from within a for-profit immigration detention center. Intentionally getting themselves detained, the two young activists find themselves living among hundreds of multinational immigrants — all imprisoned without trial. As they discover a nightmarishly complex institution, they work undercover to impede some of the imminent deportations. Interlacing documentary footage of the real “infiltrators” with scripted re-enactments, The Infiltrators is both a gripping account of a high-stakes mission and an urgent, vital portrait of a group of inspirational young people fighting for change.

Note: Since the film’s debut at the 2019 Sundance Film Festival, ICE has deported Claudio Rojas back to Argentina in what the filmmakers believe to be an act of retaliation for his participation in the film.

“With The Infiltrators there is an audacity, an unrestrained boldness, to both the events depicted onscreen and the way in which they are portrayed in the movie itself.” – Mark Olsen, Los Angeles Times

“An important tool in reframing the conversation...It allows us to identify with the individuals held in Broward who are treated as criminals, when the only “illegal” thing they’ve done is try to access the American dream. They look like prisons, but what they are is concentration camps.” – Peter Debruge, Variety

“Exceedingly smart...The Infiltrators manages to personalize the undocumented struggle by transforming it into an unlikely blend of activism and suspense that makes a compelling case for the abolishment of ICE.” – Eric Kohn, INDIEWIRE

“A doc mixing interviews, real-time action and reenactment in exciting ways, Alex Rivera and Cristina Ibarra's The Infiltrators tells a true story so inspiring it's a wonder it isn't better known.” – John DeFore, THE HOLLYWOOD REPORTER

“A vital piece of hybrid cinema that shines light into the obscure realm of privately-operated immigration detention facilities.” – Carlos Aguilar, THE WRAP

“An inspiring, true story about the power and efficacy of grassroots activism, especially when facing the detention and deportation of undocumented people in the U.S....Eye-opening, informational, well-crafted and absolutely crucial.” – Alexander Ortega, SLUG MAGAZINE

“Pushes the boundaries of form while delivering a message of searing content.” – Christopher Llewellyn Reed, hammer to nail

Alex Rivera has been telling new, urgent, and visually adventurous Latino stories for more than twenty years. His first feature film, Sleep Dealer, won multiple awards at the 2008 Sundance Film Festival and the Berlin International Film Festival. Rivera’s second feature film, The Infiltrators, won both the Audience Award and the Innovators Award in the NEXT section of the 2019 Sundance Film Festival.
Cristina Ibarra is a brown border crosser and an award-winning independent filmmaker with roots along the Texas/Mexico border. The New York Times called her previous documentary, Las Marthas, “a striking alternative portrait of border life”. It premiered on Independent Lens in 2014 and was awarded the Best US Latino Film by Cinema Tropical. USA Today describes The Last Conquistador, her feature documentary collaboration that premiered on POV in 2008, as “Heroic”. Her directorial debut, Dirty Laundry: A Homemade Telenovela, was broadcast on PBS.

“With this film, we were interested not in looking at immigration and detention from the point of view of the suffering and the violence of those systems, but instead looking at strategies of resistance. Core to the strategies that were developed by the infiltrators is visibility—being seen, coming out of the shadows. All of that language was central to what they did. When they infiltrated the detention center and when we started to document that process, the assumption was that visibility equaled safety…That was an analysis developed under the Obama administration. During that time, it often seemed that one of the only ways to get out of an immigrant detention center was to get on TV.

Now, under the current administration, we’re in a landscape where that equation might not function the same way. Immigrant activists are being targeted specifically by ICE. That’s red meat for a white-supremacist base that this president serves. But does that mean undocumented folks should go back into the shadows? We don’t know. The search for immigrant power under this administration is a process of discovery, between activists, radical lawyers, community members, artists, and so forth.”