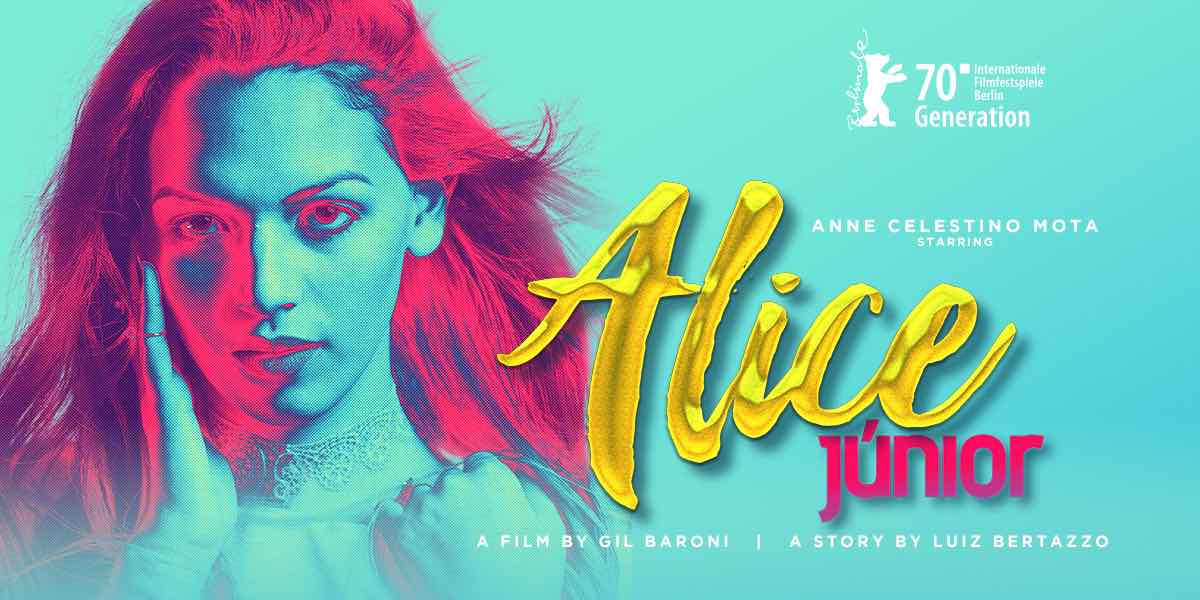 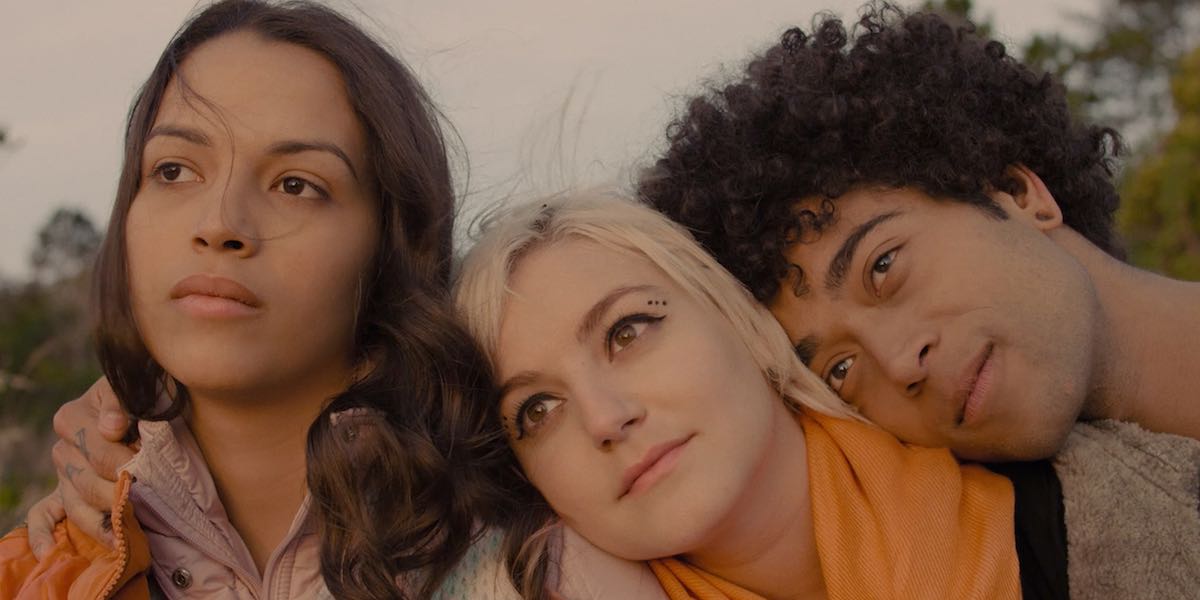 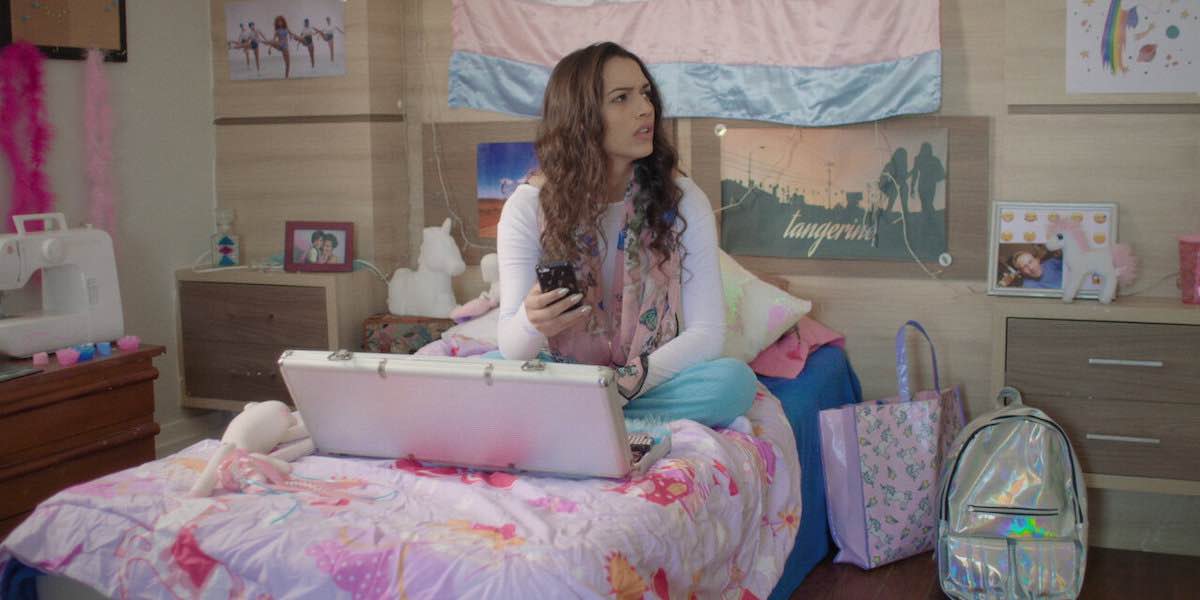 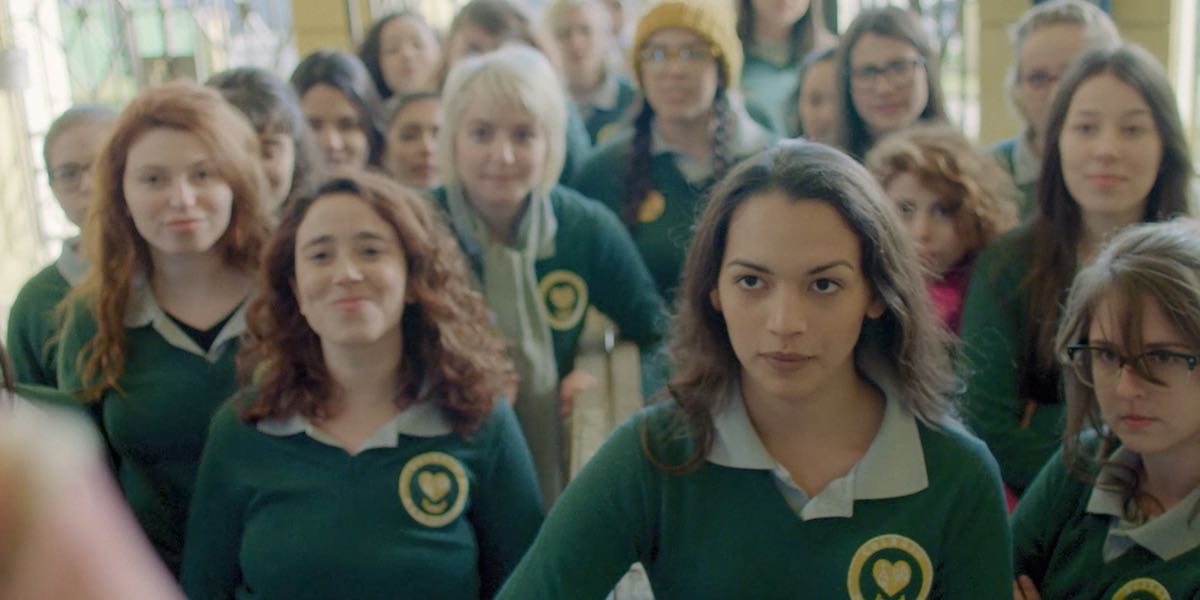 Alice Júnior is a carefree, spoiled trans YouTuber with everything she could ask for: an apartment in a cool beach town, a loving dad, her own advice vlog, an almost-win on Teen Top Model, and a cat named Rhinoceros. So, when her father announces their move from the vibrant Brazilian city of Recife to a small, conservative town in the south and to an old-fashioned catholic school, Alice has to prepare herself for the prudery and small-mindedness she will confront there. The teenager, however, doesn’t let the initial hostility get her down. Alice releases her truest survival instinct to make her new schoolmates and teachers rethink their conservative ways, and catch her long-overdue first kiss: by being loud and unapologetically herself.

With fast-moving cuts set to pop samples and sound effects, a hint of glitz, and a bagful of emojis, this coming of age gem is a breath of fresh air; a reminder that even amidst heavy socio-political turmoil stories of trans-Brazilians radiate life, joy, and infinite possibility.

Alice Júnior is a celebration of rebellious youth and offers the potential for future generations to rethink outdated perspectives of gender, sexuality, and differences as a whole.

“A contemporary, social media infused riff on some of the classics of the genre with its own distinctive flavor, that delivers an engaging, lovable and inspiring central character.” – James Kleinmann, THE QUEER REVIEW

“Another example of how innovative and sublime queer movies made in Brazil really are.” – EDGE NETWORK

“A brazen and delightful film, proving once again that even the most challenging times, Brazil is leading the way in LGBTQ+ narratives.” – IRISH FILM INSTITUTE

“This one-of-a-kind charmer infuses the spirit of classic high school films such as MEAN GIRLS and THE PERKS OF BEING A WALLFLOWER with an electricity that will leave you buzzing with warmth and energy.” – NEW FEST

“The film was made with the partnership of friends who believed in the essence of the plot: a transsexual girl who wishes to kiss for the first time, be happy, and live her adolescence without being labeled or repressed. The first kiss is something so simple and beautiful; an achievement for any human being going through youth and starting to understand their independence and their role in the world.

It looks simple to tell the story of the first kiss during adolescence, nevertheless, the complexity arises when this first kiss happens in a transsexual body, especially in Brazil, which holds a shameful statistic for it’s the country with the highest death rate of transsexuals in the world and whose life expectancy is a mere 35 years of age.

Alice is trans and her existence is a synonym of resistance. We are living a delicate moment in Brazil where the Conservatives are gaining space with speeches of exclusion, encouraging hate, oozing fear, and insisting on delegitimizing the new family configurations. These are moments of deep introspection regarding our existence.

We would like the story of Alice Junior to touch people’s hearts and raise awareness to those who still haven’t understood the beauty of the diversity of each human being. We wish that the film be a stimulus to those who are discovering the relevance of their bodies as they are (and not as they wish they were: tractable bodies). And we also wish the film to be an inspiration to those who continue resisting and breaking the toxic paradigms of humanity.

The movie is about the triumph of love, self-awareness, friendship, and family. Together, we are capable of transforming the world and overflowing with love, and where hate and intolerance shall be defeated by LOVE.”