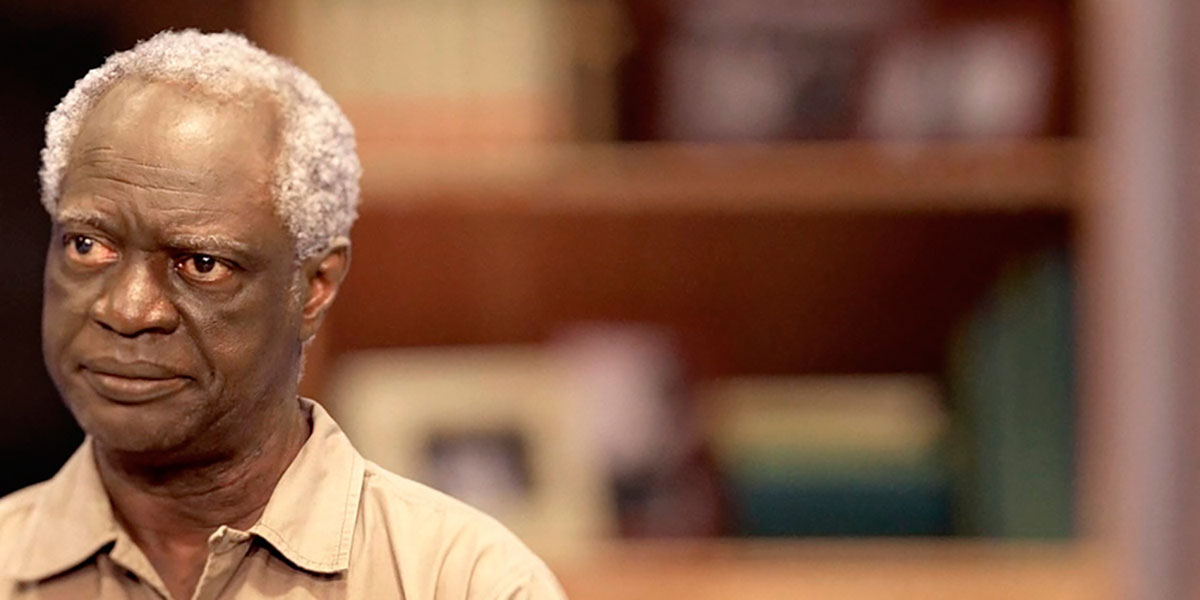 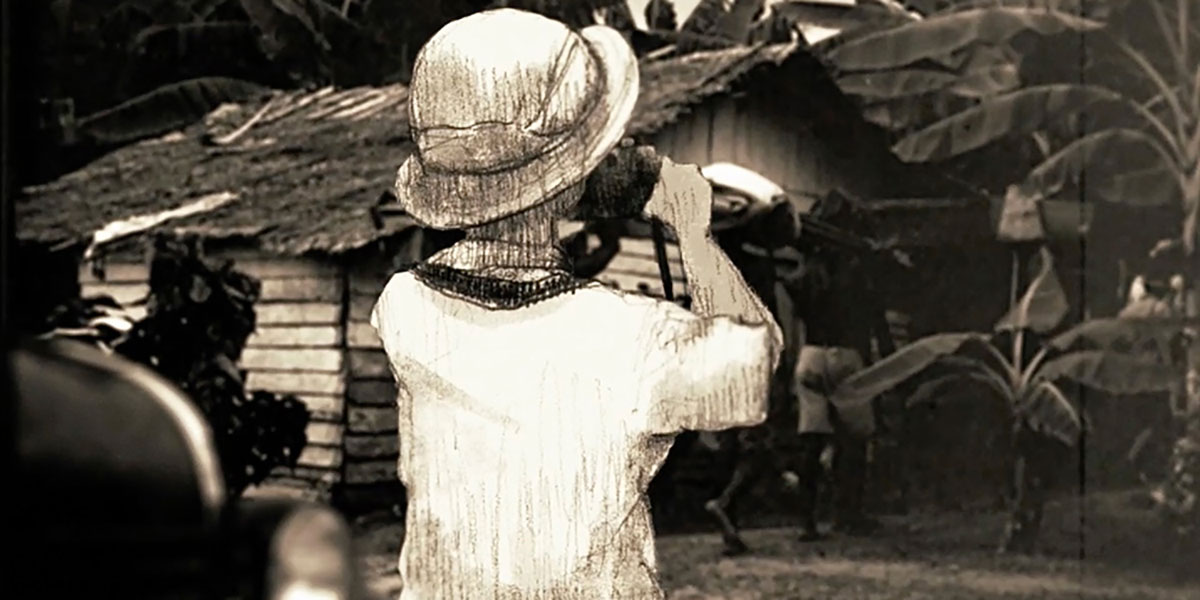 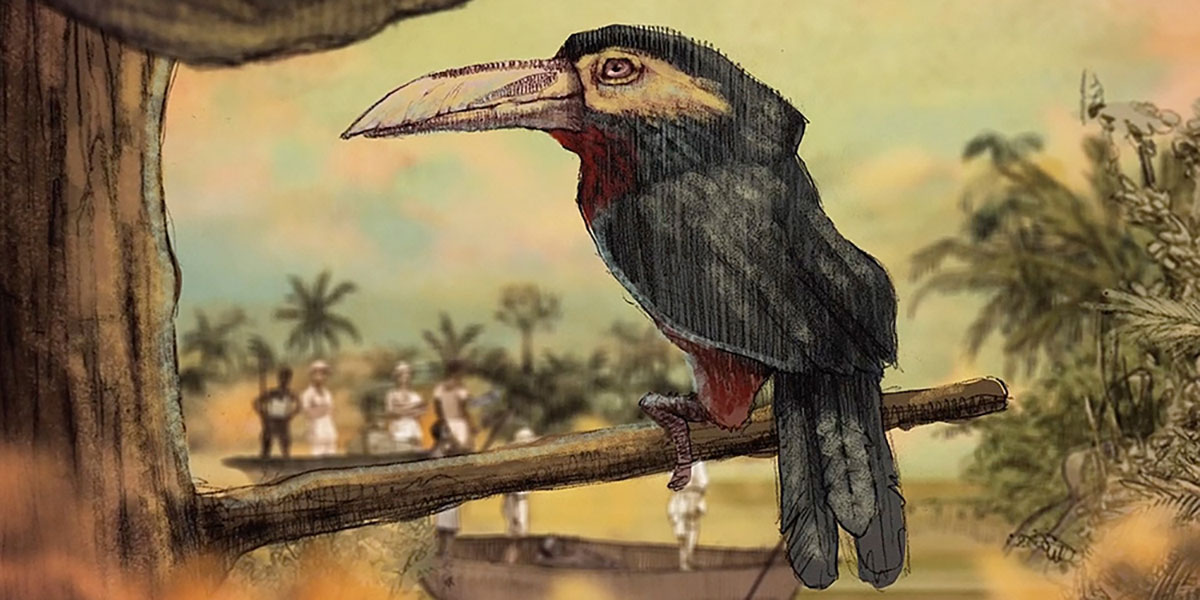 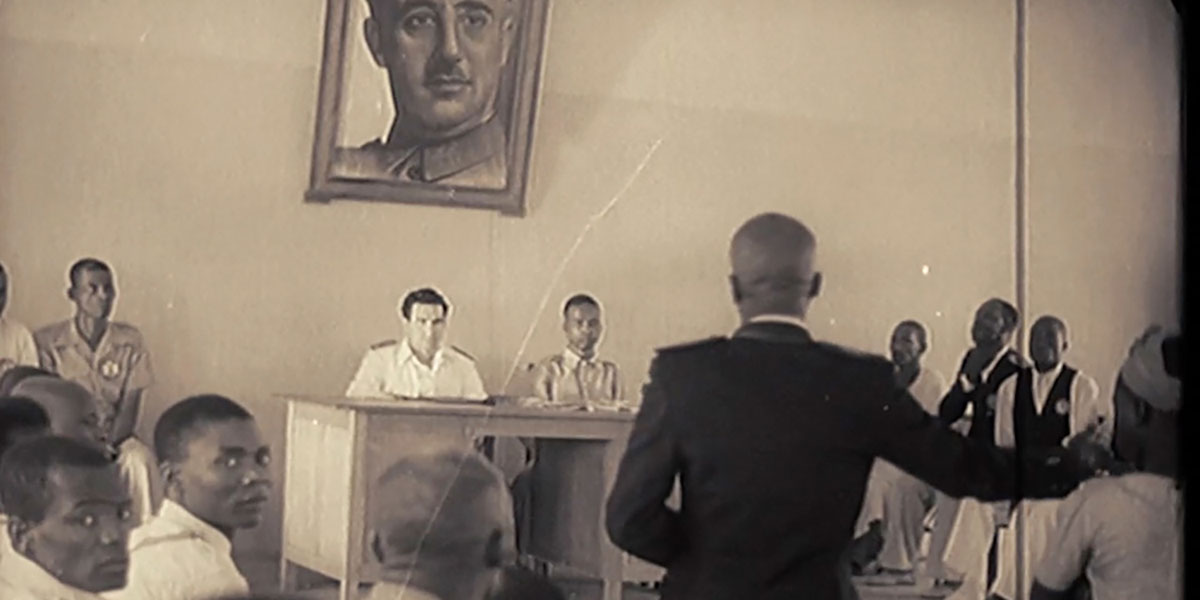 Angono Mba, an octogenarian Guinean native recalls from his living room, his experiences as a porter for the Spanish filmmaker Manuel Hernández Sanjuán during a two-year documentary expedition (1944 to 1946) across colonial Africa, looking for a mysterious lake where a legend says 10.000 elephants live together.

One Day I Saw 10.000 Elephants tells the story of the obsession of the filmmaker and the special relationship between the two men, their different ways of relating to everything that happens during the expedition and the contradictory forms of expressing their feelings. It is a history of fascination for Africa, the past and collective memories.

The audiovisual production and the post-production can also be an art and Alex Guimerá exploits it to a high level thanks to his complete training in cinema, television, and design. The result of his need to experiment and learn different styles, narratives and formats makes that, in 2006, continue his learning “on the street” as a freelance, working for advertising agencies, producers and television stations.

This has led him, in good part, to work in some countries of Europe, America and Africa, creating a knowledge and tasteful experience background in the production of audiovisuals projects, documentaries, advertising and television. This experience and knowledge along his great dedication to work, led him to create, in 2009, the design studio and production company named SeveralStudio. The whole training, work and creativity have taken him to participate in different festivals around the world with different types of projects, as video clips, documentaries and short films. Since 2011 Guime shares his studio with the audiovisual designer, producer and web developer Juan Pajares, alias Flextatowa. And along with the great selection of artists and creators than Guime constantly collaborates make of this producer a synonym of professionalism, dedication, experience, seriousness and passion.

Juan Pajares is a designer who combines filmmaking with paper engineering, web development, animation, interior design and industrial design amongst others.

With ‘Just do it work’ as his theme, his work is characterized by action, flexibility, multidisciplinary capacity, devotion and empathy to others. In his work, he incorporates the use of organic materials such as paper, wood and thread combined with digital tools (camera, scanner and computer).

He’s motivated by new challenges, learning, growing and enjoying the process. Tries always to achieve the best possible result in each job and he’s passionate about finding solutions.

Madrid, Spain. 1944. Hermic films team formed by: Manuel Hernández Sanjuán (director), Segismundo Pérez de Pedro, “Segis” (camera operator), Luis Torreblanca (editor) and Santos Núñez (scriptwriter), had the extraordinary opportunity to make a dream come true. All of them, were in their thirties. For all but “Segis” this was their first trip to the Spanish Guinea.

Commissioned by Franco’s regime they were asked to film life in the colony. With engineer Jaime de Foxa, they prepared some workplans before their departure to Cadiz. There, they boarded the ship “Domine” and after three weeks sailing, arrived in Santa Isabel, today’s Malabo. With that exotic backdrop, they spent two years of hard work, with economic hardship and all sorts of dangers, in what was an unknown colony for most of the postwar Spanish.

They visited every corner of those distant lands. They made at least 31 documentary films and portrayed almost every aspect of that world in a magnificent series of more than 5,500 photographs. But then, back in the metropolis, and over the years, that work finished up full of dust and forgotten.

Barcelona, Spain. 1998. By chance, a comment without apparent importance during a shoot in Equatorial Guinea, motivated Pere Ortín, the film’s screenwriter, to start an investigation that led him to meet and interview the only living member of that film expedition, Manuel Hernández Sanjuán.

The photographs and films made by Hermic films were of high quality and had a great historical, cultural and anthropological interest. Sanjuán achieved an attractive mix of passionate visual intention, colonial ideology, adventurous fascination and documentary interest.

In 2006, with some of that material donated by Sanjuán himself, the editorial Altaïr and production company WAH-F published “Mbini. Cazadores de imágenes en la Guinea Colonial”, a photographic book and a DVD with five short documentaries: 3 originals and 2 made with part of those unpublished files. The director of these two documentaries was Alex Guimerà. In 2007 one of those documentaries, “Cazadores de imágenes en la Guinea Colonial”, won the Barbara-Ansón Award and won the creative documentaries competitive section of the Memorimage International Film Festival 2008.