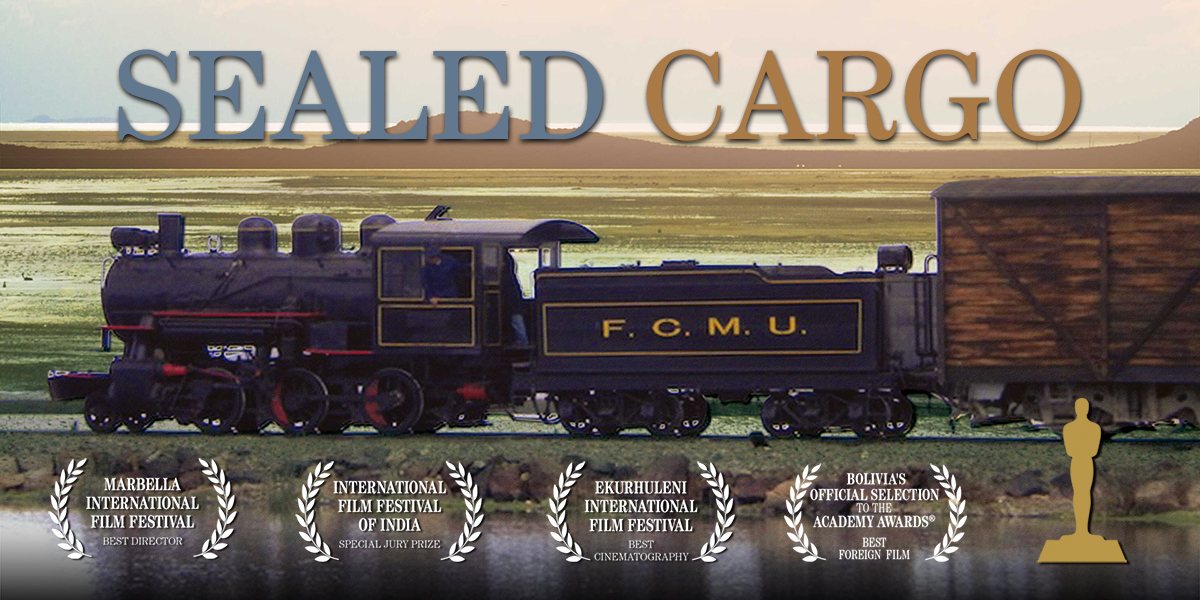 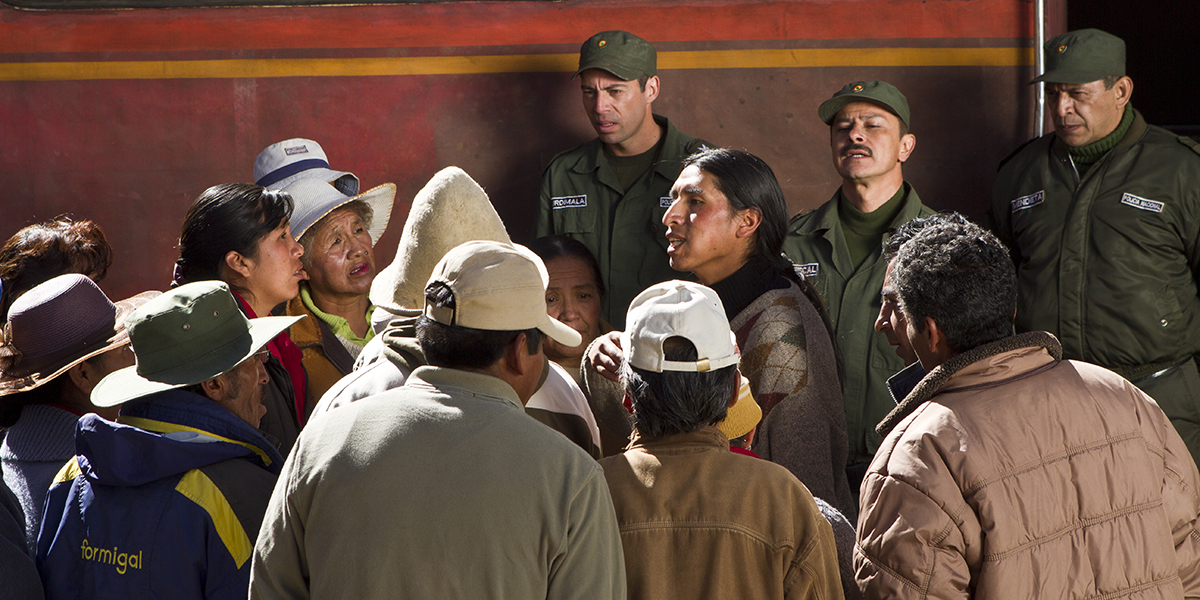 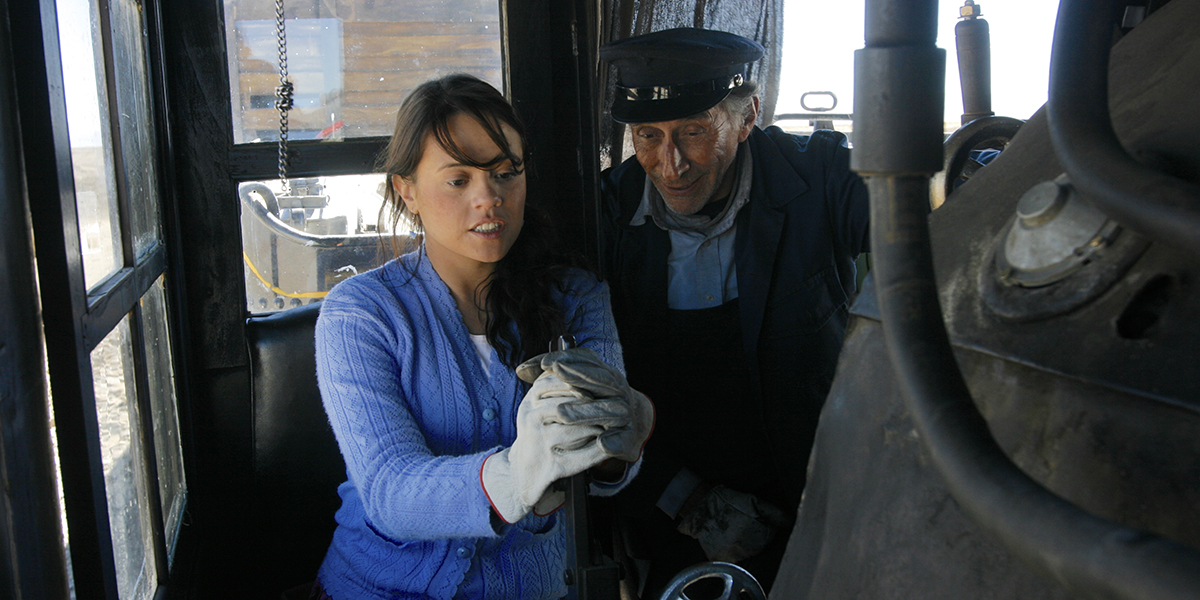 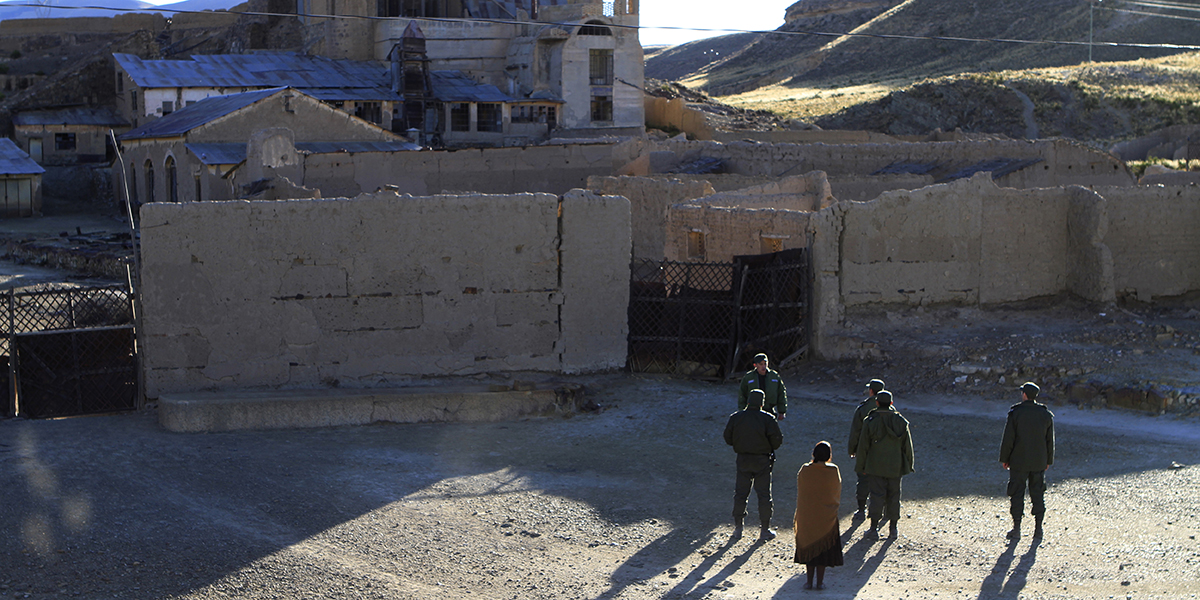 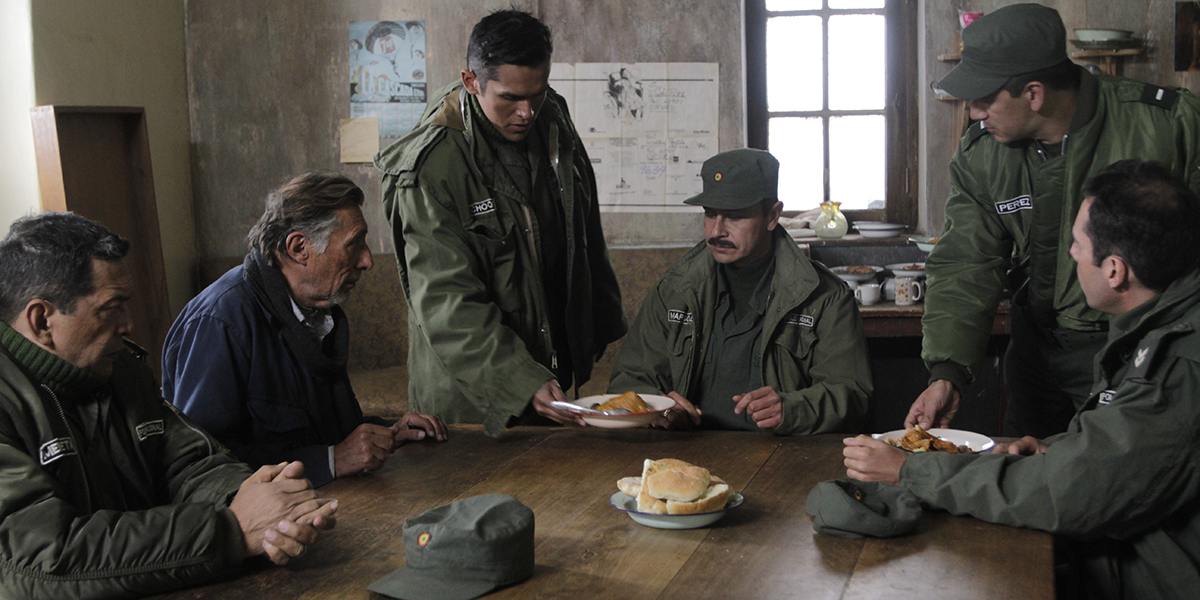 With a promotion in the offering and his beautiful wife Nena at his side, things couldn’t be better for ambitious policeman Hector Mariscal. Before he can enjoy the good life, though, a final, top-secret assignment must be carried out: to transport-by rail-a highly toxic cargo across Bolivia’s high desert backcountry and “dispose” of it in a remote indigenous village. With kind engineer Klinger guiding his beloved steam locomotive Federica, and presented with a crew of hapless cops and an unexpected young stowaway, Mariscal finds that there’s much more on the line than he imagined in this sharp, energetic satire.

Bolivia’s official entry for Best Foreign Language Film at this year’s Academy Awards®, Julia Vargas-Weise’s third feature is a lively rejoinder to that country’s status as a dumping ground for the world’s industrial waste. Rich in symbolism and in spirit, Sealed Cargo is a terrific ride through the seldom-seen Altiplano and a potent reminder of what really matters.

Based on the real events that took place in 1994 when 400 tons of toxic waste were transported through Bolivia, Sealed Cargo delivers a crucial and current message about the global waste crisis that highlights its relevance. –Palm Springs International Film Festival

“Toxic cargo is transported by rail to quietly subversive dramatic and comic effect in Bolivian director Julia Vargas-Weise's fest-feted third feature Sealed Cargo, one of those gently surreal true-life tales that Latin American cinema occasionally brings to life... Viewers will take away the film's bouncy, scattergun criticism of the global waste trade, in a culture in which third-world countries are willing to be paid to be the dumping grounds for first world trash, however toxic it may be.” – Jonathan Holland, HOLLYWOOD REPORTER

“Ms. Vargas’s film is extraordinary, merging visual poetry with political and personal concerns that address many contemporary issues that matter in the rest of the world including Canada. It is a truly universal film that speaks not only to urgent matters of environmental protection and the rights of indigenous peoples, but to the complexities of the human heart” – Tom McSorley, Executive Director of Canadian Film Institute

“A crew of hapless police and a stowaway make their way across Bolivia in an aged train, searching for a place to dump highly toxic cargo in this sharp, witty satire. 'Boundlessly energetic.'” – The Hollywood Reporter

Julia Vargas is a photographer, media educator, and screenwriter, with international awards and a Life Achievement Award (2005). As the first woman photographer in Bolivia, Vargas has photographed everyday life and personalities for 50 years. She has shown her work in 30 exhibits in Europe, USA, and South America. She created and directed an educational/communicational NGO that benefits working children. She started working as a filmmaker in 1991.

The traffic of toxic waste to poor countries converted in garbage countries, is a fact that should concerns us all. It is not only an ecological issue, but also a political one. This story based on true events from the nineties has not lost validity. On the contrary, it is more and more relevant.
The film intends to make a statement about the scarce conscience of the generators of toxic waste on their consequences in the life of simple and powerless people. Also of the struggle for preservation of the Earth, so important in Andean culture.
Sealed Cargo tells a human story, one of common people caught in a situation beyond their control, abandoned to their fate and faced with their personal struggles. It is told in a very personal way, from inside a culture. It describes the closed world of the characters, and the outside world where events take place, changing their fates. A metaphoric Guardian of the Earth, represents the people.
The film’s visual and sound treatment is sober, emphasizing the magnificent landscapes of the Andean Bolivia that as a photographer for decades, I know very well. It has been shot at an altitude of 12,000 feet with real villagers participating as non-professional extras.