With My Heart in Yambo 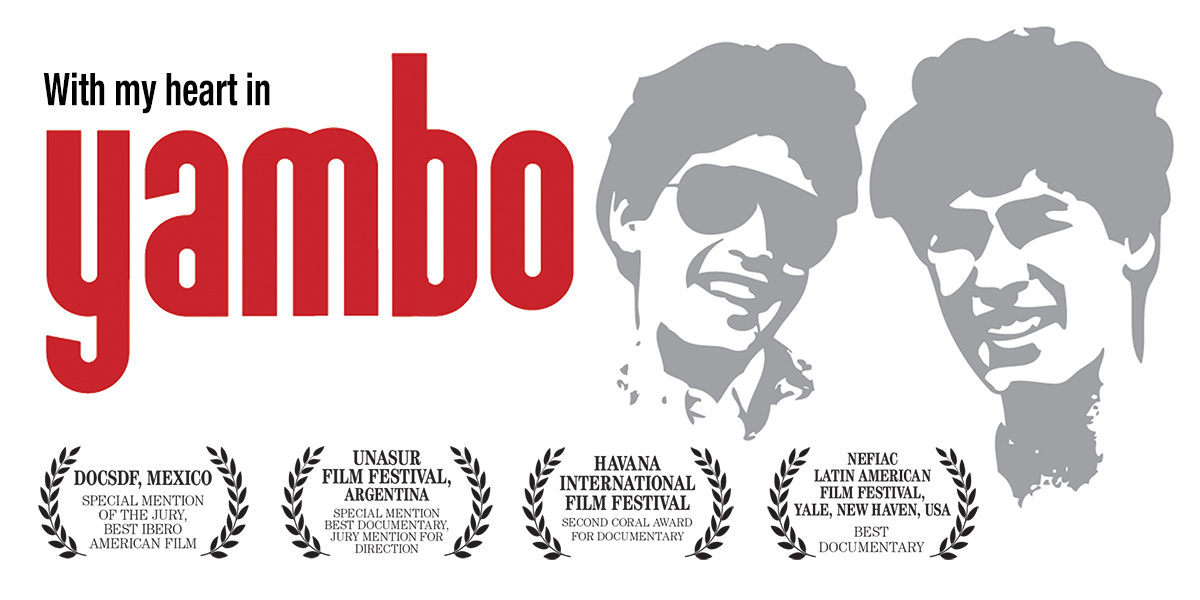 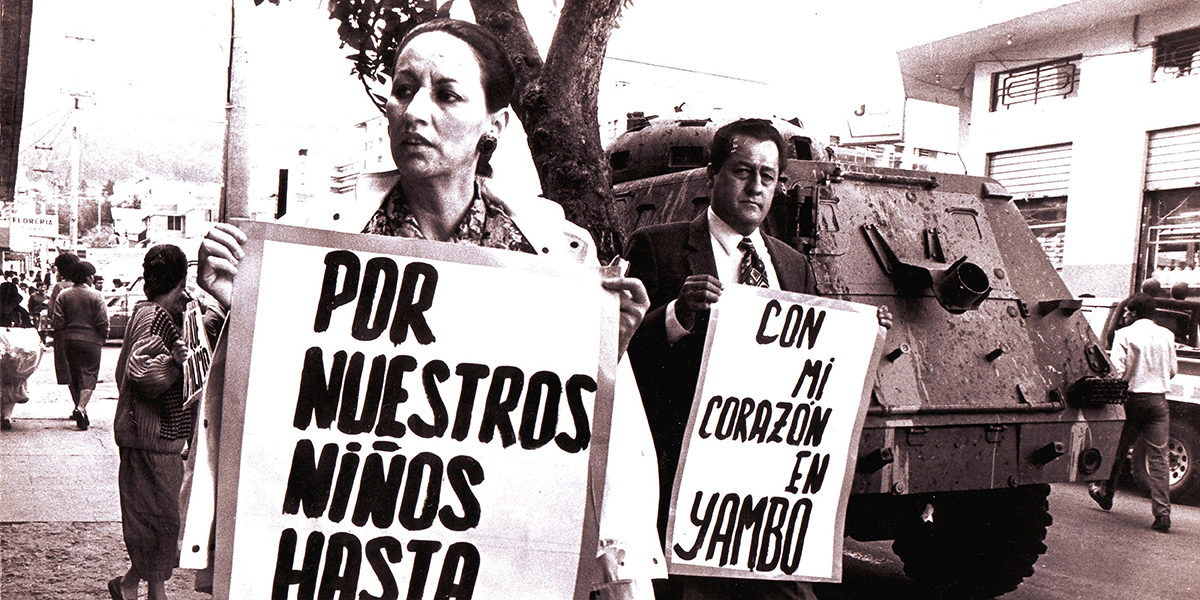 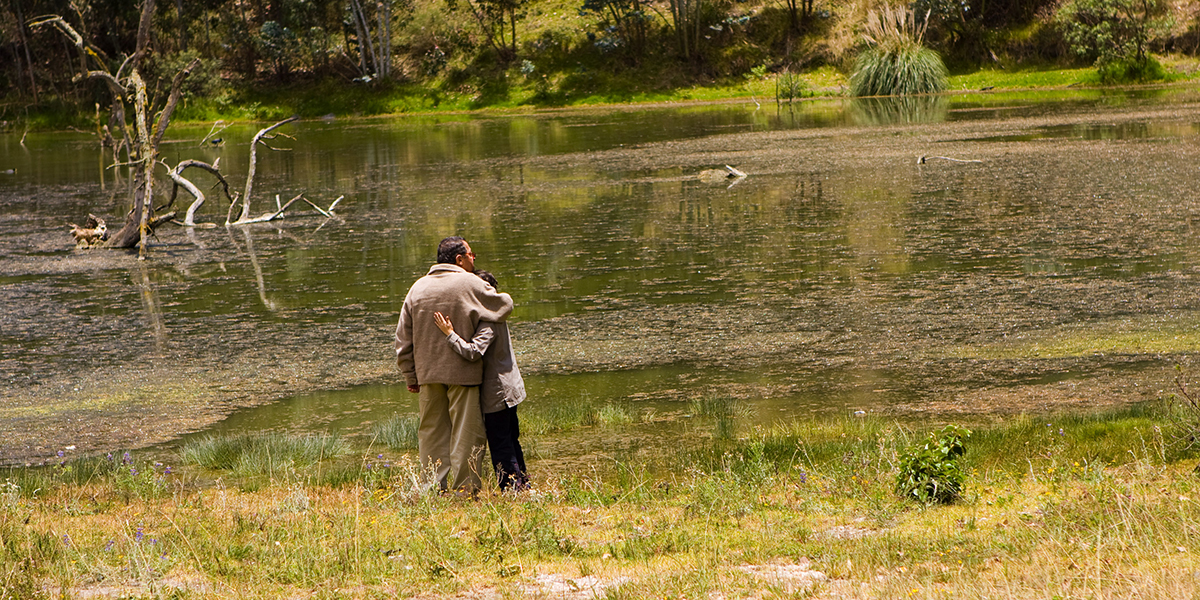 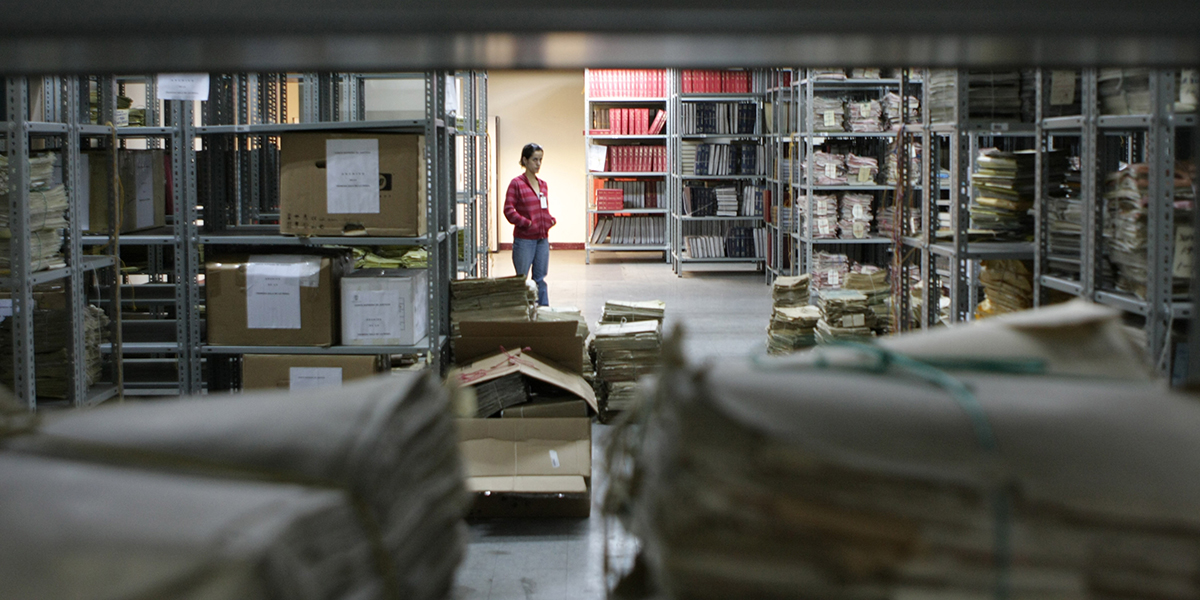 In 1988, when director María Fernanda Restrepo was only 10 years old, her life changed in the cruelest of ways: her two brothers—then 14 and 17—vanished without a trace. Only later did the family learn that the boys had been illegally detained, tortured, and murdered by the Ecuadorean police. Now, decades later, with her brothers’ remains still missing, Restrepo embarks on the painful journey of recounting her family’s story. In the process, she comes face to face with the suspects, and documents yet one more search in Lake Yambo, where the boys’ bodies were dumped. “Giving up is the only way to lose a battle,” says Restrepo’s father, still asking for clues and protesting in Quito’s Presidential Palace Square every Wednesday against the lack of answers. The film portrays one of the darkest political episodes in Ecuador and provides an insider’s look to the recent history of this country. HotDocs.

WITH MY HEART IN YAMBO IS ONE OF THE MANY FILMS INCLUDED IN THE CATALOGUE OF SPANISH FILM CLUB. SFC AFFILIATED UNIVERSITIES CAN TAKE ADVANTAGE OF A SPECIAL PRICE OF $99 IF THE TITLE HAS BEEN INCLUDED IN THEIR SFC FESTIVAL. PLEASE CONTACT SFC STAFF AT FILMCLUB@PRAGDA.COM FOR MORE DETAILS.

WHAT SFC AFFILIATED UNIVERSITIES ARE SAYING
“What I loved most about this film was how enlightening it was about the various unsolved cases of desaperecidos that still exist within the region of Latin America….This film carries on the undying dedication and hope that is seen in many cases of the families of the desaperecidos in countries like Argentina and Chile where there have movements and demonstrations like las Madres de la Plaza de Mayo.” Kali Nicole Brown, Student, University of Maryland

“A documentary always implies a search, and the search becomes much more moving when it is not only based in the past, but on an introspection as well.” – María Cristina Monsalve, Student, University of Maryland

“★★★½… With My Heart in Yambo interweaves archival footage and interviews, coming across as a nightmarish collage, with haunting tracking shots of the boys’ untouched rooms alternating with clips of old news conferences, and poignant recollections that are set against excerpts from home movies… Highly recommended.” – Video Librarian

“While many books have told the story of the disappeared children before, Con mi Corazón en Yambo (With My Heart in Yambo), provides an intimate picture of the effect of the disappearance on the family.” – Irene Caselli, BBC

“Since it opened at cinemas in Ecuador in October it has been seen by more than 160,000 people, making it the most successful documentary in the country’s history. Such has been its impact that the interior ministry has promised to show it to police officers as part of their human rights training, and the attorney general has begun a new investigation.” – Irene Caselli, BBC

“With My Heart in Yambo is a documentary that that, more than fighting against social amnesia, helps us understand what happened so that we can confront policies that not only are repeated in Ecuador but have become a State behavior: the decisions taken in the high ranks of the executive power are performed with cruelty and cynicism by that chain’s lower strata.” – Eduardo Varas, LA REPUBLICA

María Fernanda Restrepo graduated from the University of San Francisco de Quito with a major in audiovisual communication and journalism and then worked as a reporter, cameraperson, and editor for three years in Ecuavisa’s TV program La Television. After that, she received a master’s degree in Documentary Filmmaking at the Universidad Autónoma de Barcelona in Spain and a postgraduate degree in photography direction at the ESCAC (Barcelona). Currently, Restrepo is the co-manager of Escala Gris, a production company specialized in documentaries and commercials. With My Heart in Yambo is Restrepo’s first feature documentary.

This is a personal story, which in many ways changed my country’s history (Ecuador). “You know when the struggles begin, but not when they end,” this is what my father told me when I was just a child and he decided to fight for justice. When I was 10 years old, my two brothers, Santiago (17) and Andrés (14), were kidnapped, tortured, and murdered by the Ecuadorian police for not reason at all. Their bodies were dumped in the Yambo Lake, never to be found again. With My Heart in Yambo is a heartrending contribution to the procession of a devastating family trauma. In a poetic, contemplative voice over, the documentary deal with the process of filling the gaps, and recovering memory, not to let us die.