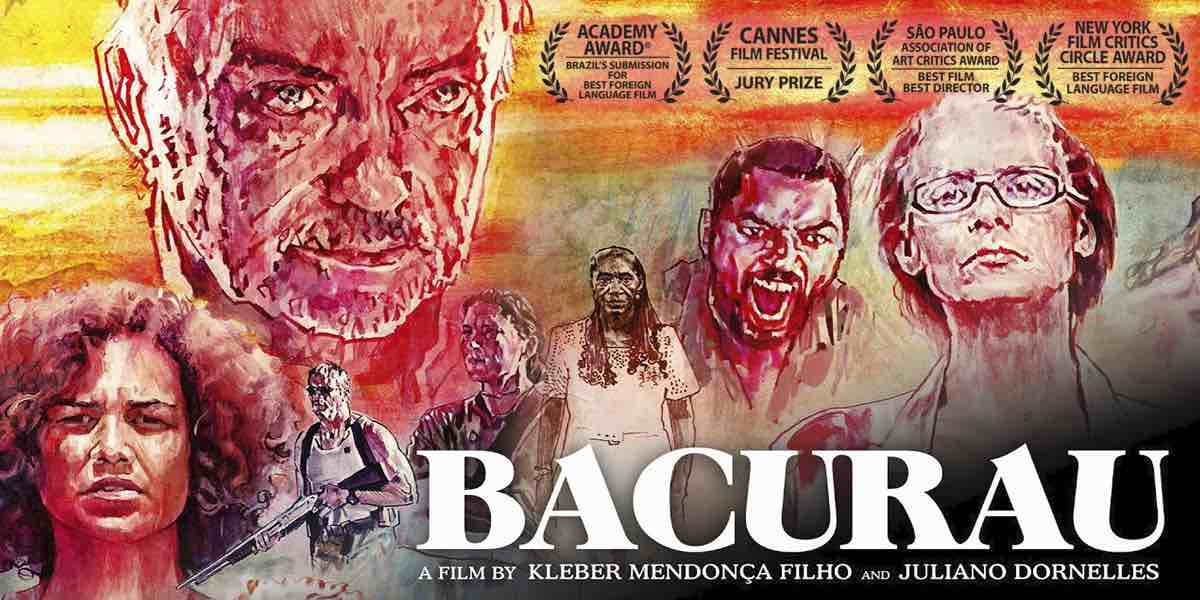 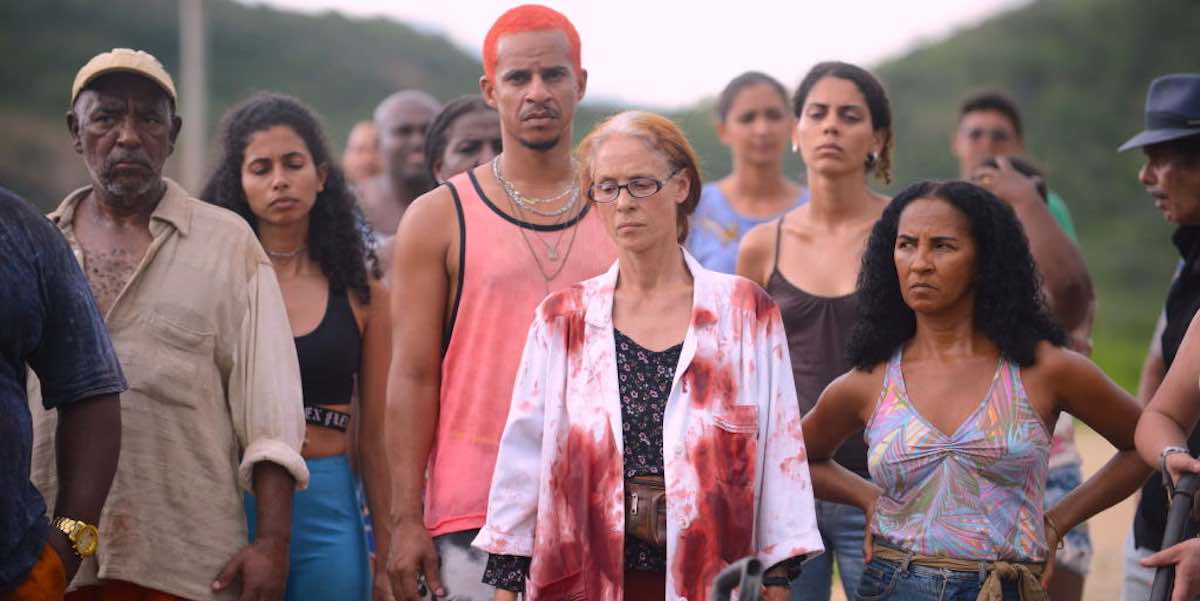 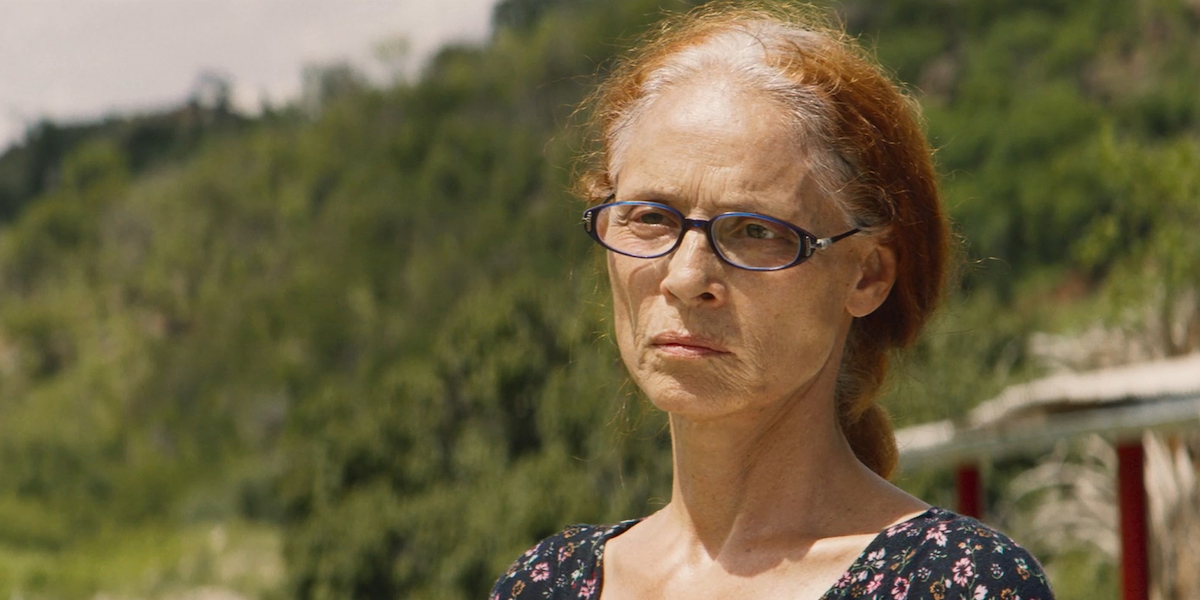 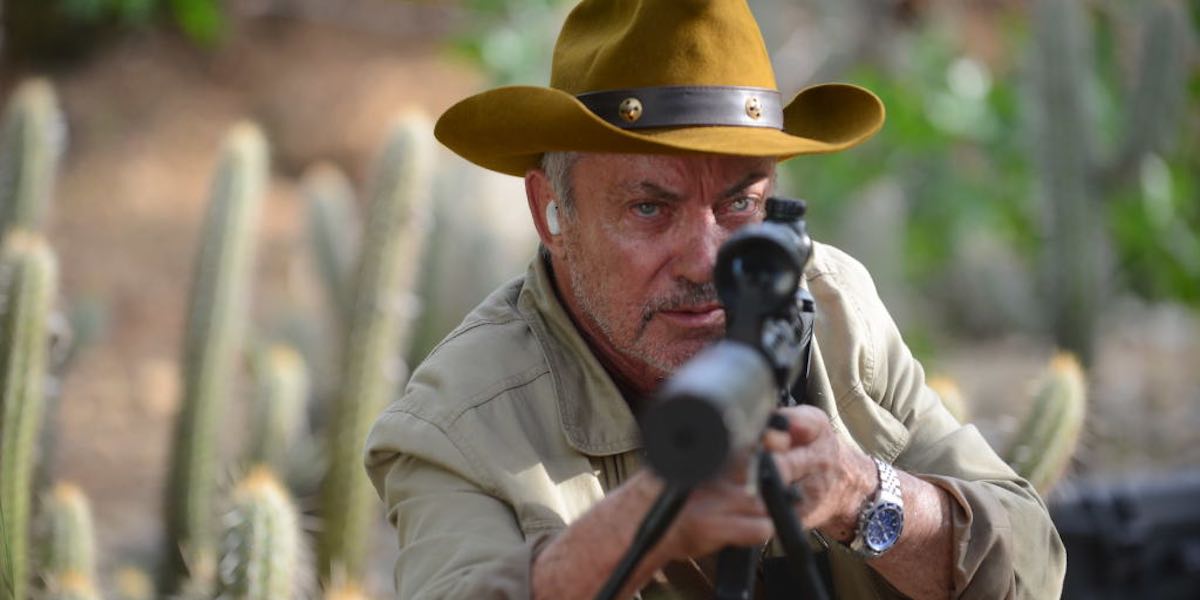 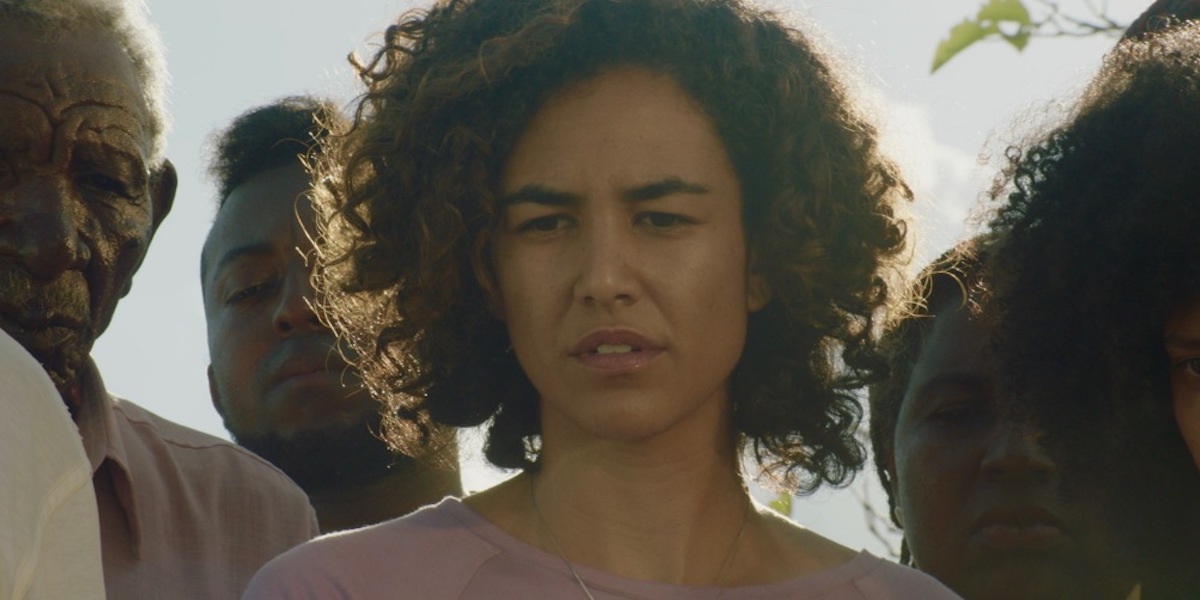 A few years from now…
Bacurau, a small village in the Brazilian sertão, mourns the loss of its matriarch, Carmelita, who lived to be 94. Days later, its inhabitants (among them Sônia Braga) notice that their village has literally vanished from online maps and a UFO-shaped drone is seen flying overhead. There are forces that want to expel them from their homes, and soon, in a genre-bending twist, a band of armed mercenaries led by Udo Kier arrive in town picking off the inhabitants one by one.

A fierce confrontation takes place when the townspeople turn the tables on the villainous outsiders, banding together by any means necessary to protect and maintain their remote community. The mercenaries just may have met their match in the fed-up, resourceful denizens of little Bacurau.

Award-winning and critically acclaimed, Bacurau is a box office sensation seen in Brazil by over a million people.

“A genre-busting entertainment that is at once a portrait of a community, a horror thriller and a timely piece of political filmmaking. Bacurau is one of those movies like Parasite... where you're never quite sure which way it's heading.” – John Powers, NPR

“Utterly distinctive filmmaking, executed with ruthless clarity and force. A scream of satirical defiance. This is not just fantasy, not just symbolism – it is the shape of things to come. ” – Peter Bradshaw, The Guardian

“A modern-day western with some of the raw, hallucinatory power of a Sergio Leone epic. Rich and extremely filling. ” – Justin Chang, The Los Angeles Times

Kleber Mendonça Filho began his career as a film critic and journalist. He wrote for newspapers, such as Jornal do Commercio and Folha de S. Paulo, for magazines such as Continente and Cinética, and for his own site, CinemaScópio. Neighbouring Sounds (O Som ao Redor, 2013) was Mendonça’s first feature-length drama. Mendonça’s films have received more than 120 awards in Brazil and abroad, with selections in festivals such as New York, Copenhagen, and Cannes. Film festivals in Rotterdam, Toulouse, and Santa Maria da Feira have presented retrospectives of his films. He has also served as a programmer of cinema for the Joaquim Nabuco Foundation.

Juliano Dornelles is a founding member of the creative group ‘Símio Filmes’. Working as a Production Designer for more than 16 years, his partnership with Kleber Mendonça Filho started on the set of the short film Eletrodoméstica (2004). He was also the Production Designer of O Som ao Redor (Neighbouring Sounds, 2013) and Aquarius (2016). His first feature film O Ateliê da Rua do Brum is currently in post-production.

“Bacurau is composed of many desires to re-assess deep-seated memories of film-going and cinephilia. But it is a very personal interpretation of the region and what it means for us and for Brazilian society.”