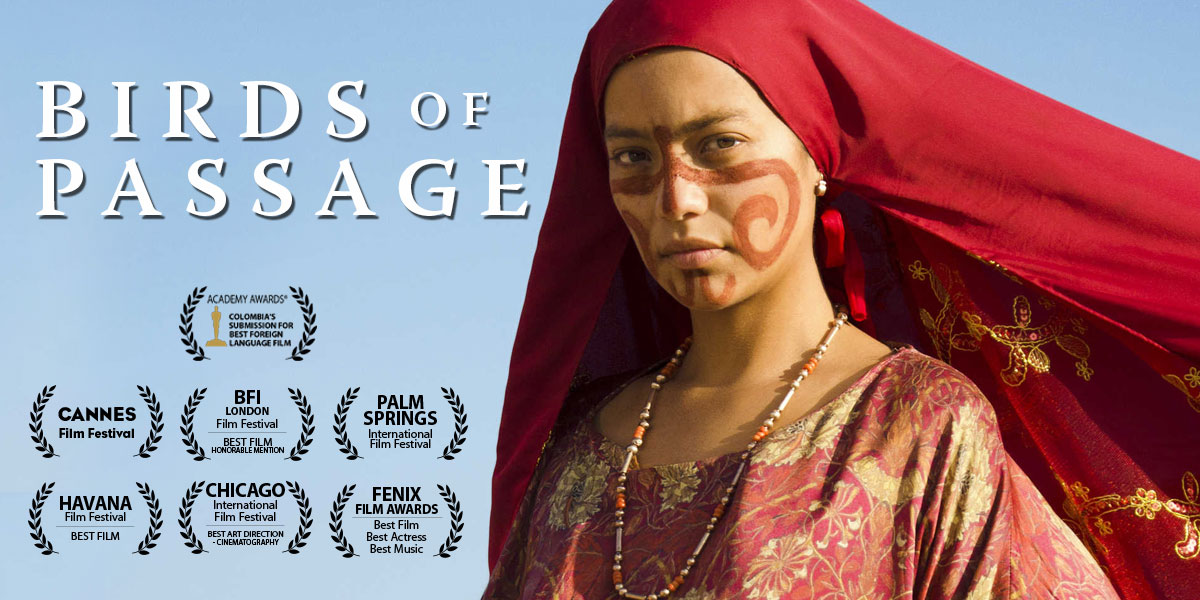 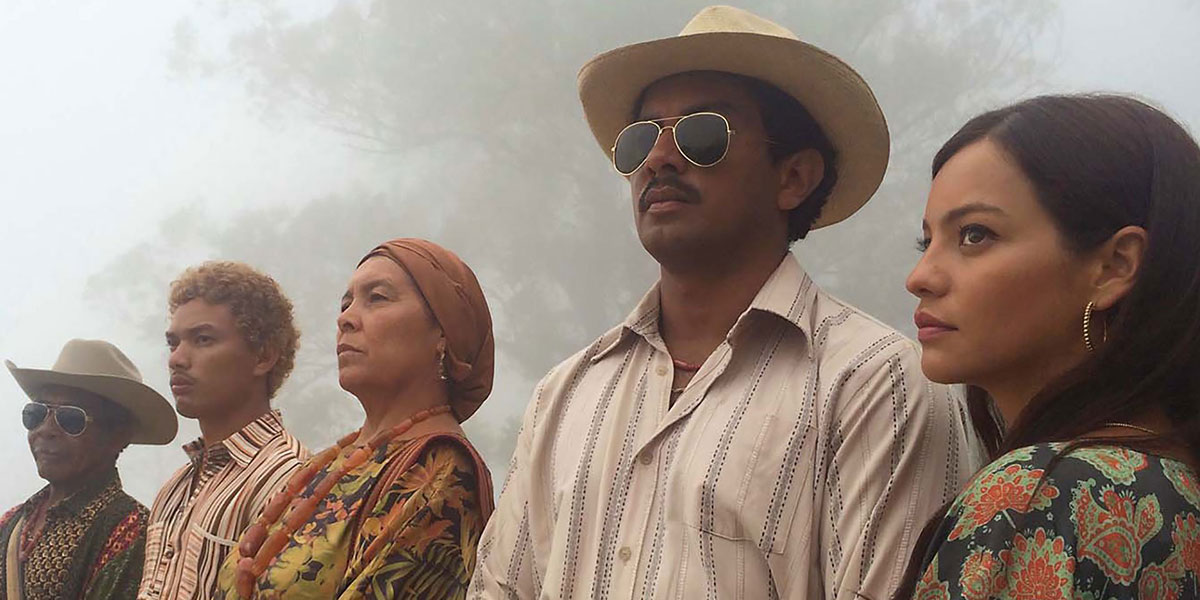 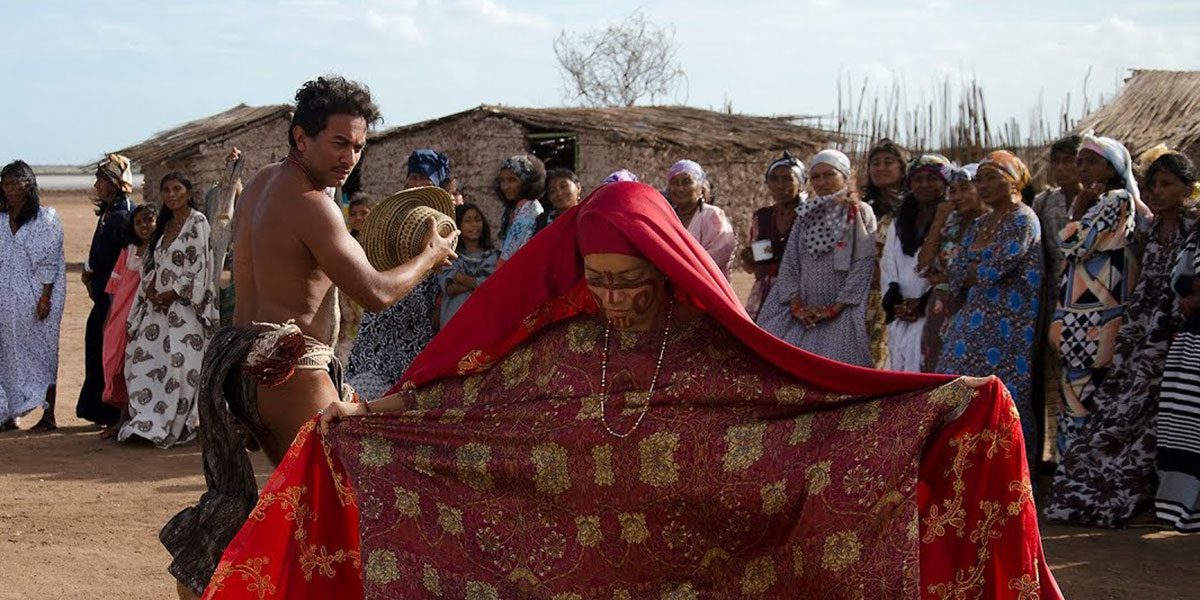 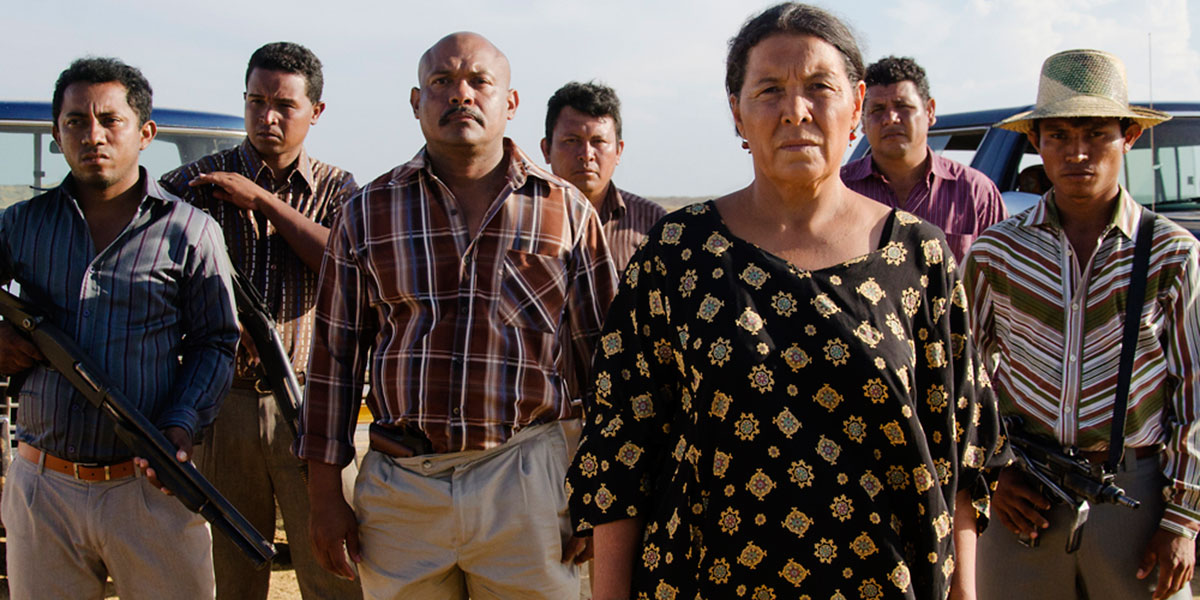 Giants don’t exist(Los gigantes no existen)Chema RodríguezGuatemala in the 1980s, at the height of the ruthless civil war against the country’s indigenous communities. Andrés is 9 years old. He lives with ...

Cristina Gallego and Ciro Guerra, the creative team behind Oscar®-nominated Embrace of the Serpent (also available for your SFC festival), return with this inspired mob epic for the ages — a completely fresh take on the origins of the Colombian drug trade, far from Narcos and Escobar, as told through the story of an indigenous Wayúu family.

In the Guajira desert, one indigenous Wayúu clan takes a leading role. Guided by matriarch Ursula Pushaina, the “Birds of Passage”—drug runners—face the constant risk of violence and incarceration from the outsiders in Northern Colombia. The cultural differences between the native population and the newcomers begin a brutal war that threatens to destroy the Wayúu way of life. As greed, passion, and honor blend together over the decades, the family’s unity, their lives, and their ancestral traditions are all put at stake.

A true story, the visually striking Birds of Passage is as much a thriller as it is an anthropological study on the consequences of outside influences to indigenous traditions.

“Birds of Passage conveys a sense of mystery in its depiction of native custom and belief, while at the same time using familiar tropes from gangster melodrama to make the unusual milieu accesible. The result is a distinctive, compelling drama. Highly Recommended.” – F. Swietek, Video Librarian

“NYT Critic's Pick. It’s about how the world changes, about how individual actions and the forces of fate work in concert to bring glory and ruin to a hero and his family...[It's] like nothing I’ve ever seen before.” – A.O. Scott, The New York Times

“Extraordinary and unique.” – The Guardian

“You’ve never seen one [South American drug story] like Birds of Passage, a visually stunning and often surprising true story that charts the rise of the Colombian drug business back before Escobar from its unexpected roots, among an indigenous clan in way over their heads. Matching its artistic vision in anthropological value, this fresh take on a familiar genre — told from the point of view of the country’s Wayuu people — marks an ambitious follow up to the Oscar-nominated Embrace of the Serpent for helmer Ciro Guerra and his wife, producer Cristina Gallego.” – Peter Debruge, Variety

“Another fascinating tone poem about Colombia’s fractured identity...Set against an atmosphere of hissing insects, whooshing wind, wandering storks and braying goats, Birds of Passage remains fixated on the way this rustic existence seems at odds with the advancing threats of capitalist desire. "Death is all around us," Rapayert says, and later concludes: “We’re already dead.” To that end, Birds of Passage represents a seance for a country still working through the ghosts of the past.” – Eric Kohn, IndieWire

“A MASTERPIECE! An absolutely extraordinary film.” – The Playlist

“Birds of Passage is a standout in the sprawling drug-empire genre, showing the effects of the trade on locals and refusing to romanticize the family at its center.” – Sara Stewart, New York Post

“Three viewings in, I'm still flabbergasted by the scope and detail of this movie...and in awe of the way its unique cover version of a crime-doesn't-pay story totally pays off.” – David Fear, Rolling Stone

Isabel Cristina Gallego Lozano was born in Bogotá in 1978. She graduated from the School of Film & TV of the National University of Colombia in 2003, and in Advertising & Marketing at the Politecnico Grancolombiano in 1999. Between 2003 and 2007 she worked as a producer of educational and cultural television at the National University of Colombia. In 1998, together with Ciro Guerra, she founded Ciudad Lunar, a company that produced the acclaimed feature films Wandering Shadows (2004), The Wind Journeys (2009), and Embrace of the Serpent (2015), all directed by Ciro Guerra.