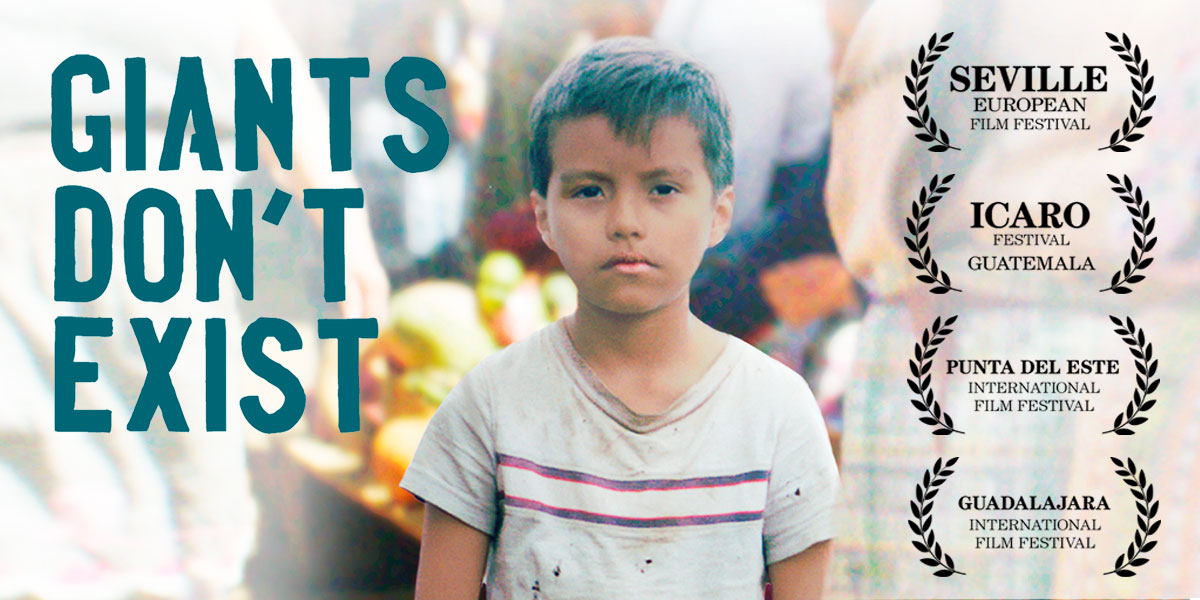 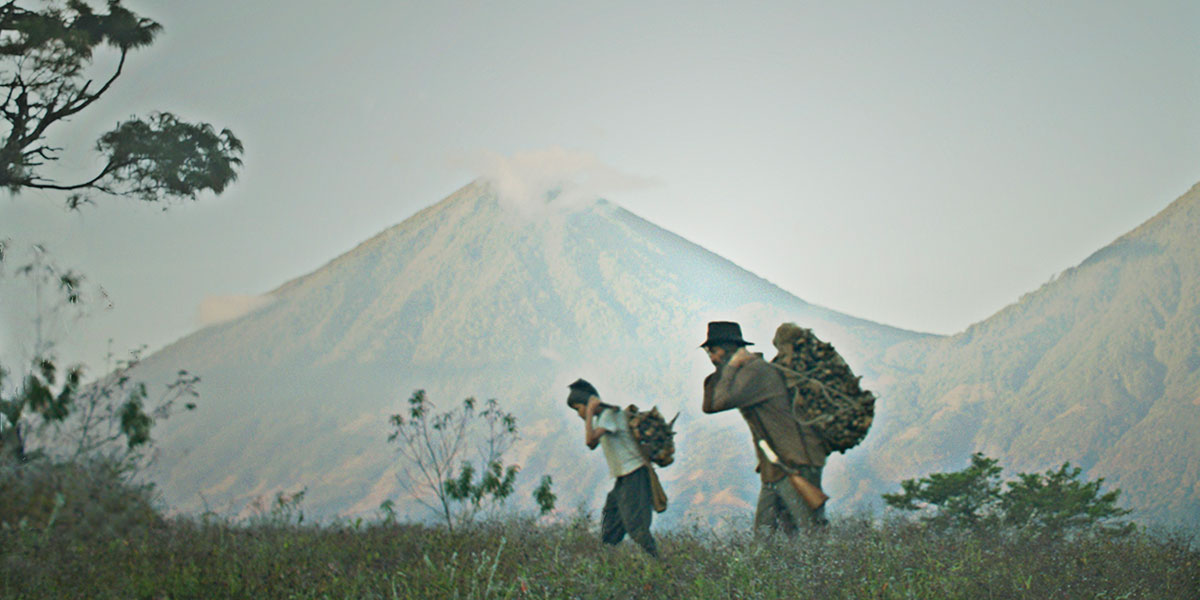 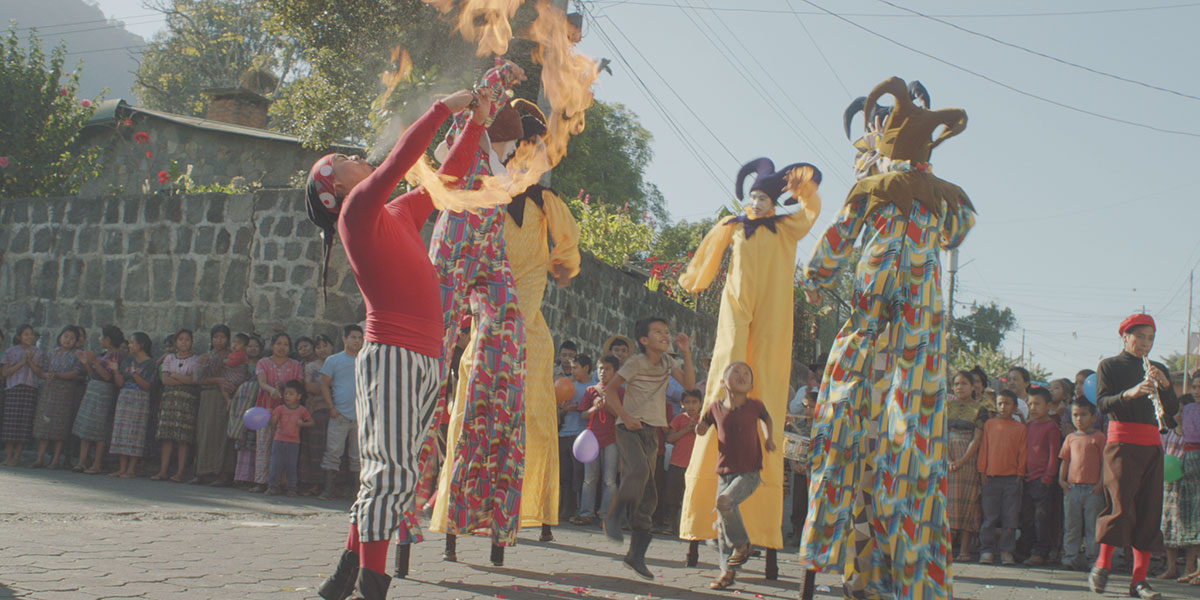 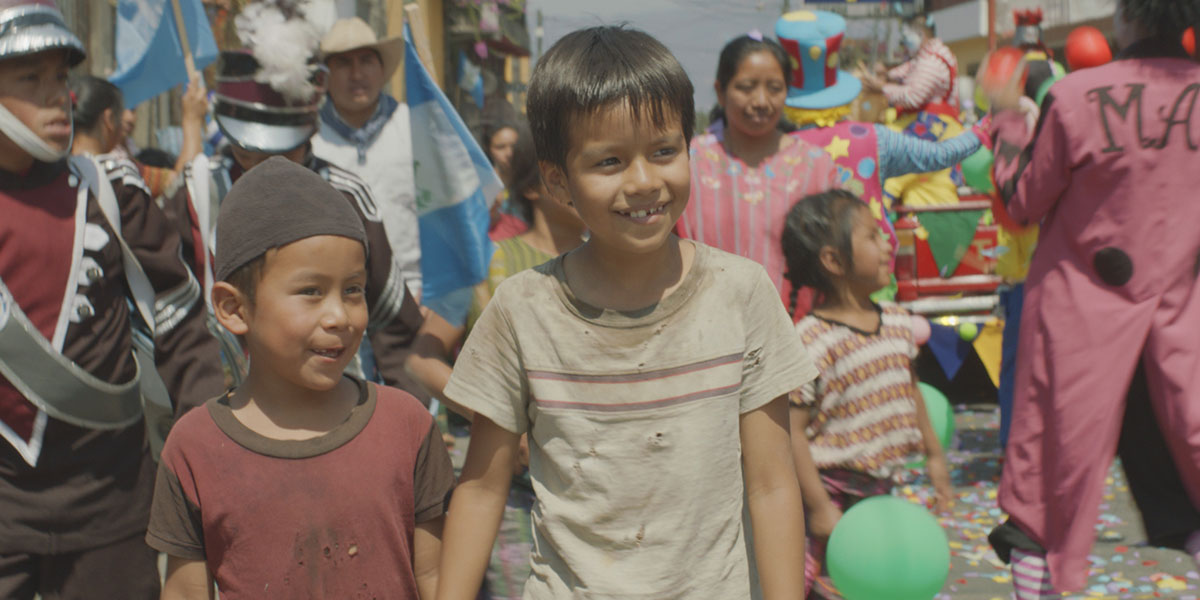 Spanish and Mayan with English subtitles

Guatemala in the 1980s, at the height of the ruthless civil war against the country’s indigenous communities. Andrés is 9 years old. He lives with Pedro González, one of the men who massacred all the women and children in his village. Andrés has survived, but he’s scared. Pedro’s wife, María, is also scared, scared to go out, scared to lose Andrés, whom she considers as «her new son»… even Pedro is scared, scared of himself and what the Army bounds him to do. Andrés would like to run away but he also wants to stay in his new family… The unexpected arrival of his biological sister will change everything.

Based on the true story of Guatemalan activist Jesús Tecú, Chema Rodríguez’s second feature is a harrowing and powerful drama about survival and hope. Teco was one of the few survivors of the Río Negro massacre in 1982, in which 177 women and children died.

“Highly Recommended. Giants Don’t Exist is based on the true story of Guatemalan activist Jesus Tecu who was one of the few survivors of the Rio Negro Massacre in 1982 in which 177 women and children died by Guatemalan soldiers.” – LaRoi Lawton, Library & Learning Resources Department, Bronx Community College of the City University of New York, EMRO

Chema Rodríguez is a Spanish filmmaker and writer. He has contributed multipart documentaries on Latin America and Africa to Spanish television broadcasted in diverse international channels. In 2006 he took part in the Panorama section of the Berlinale with his full-length documentary The Railroad All Stars. He repeated at the Panorama section of the Berlinale in 2009, with his full-length documentary Coyote and also awarded at the WorldFest Houston International Film Festival 2010. Director, screenplay writer and producer of the documentary short film Street Love and the documentary short film Sad Drunk; Jury First Prize.He also wrote the screenplay for the feature film The Great Match. Scriptwriter and director of the TV movie Maras (2010). Scriptwriter and director of the full-length documentary The Embrace of the Fishes (2011). Director, scriptwriter and producer of Nightfall in India (2014), a feature fiction film that is an international co-production. Nightfall in India has got the awards for Best Actor and Best Editing at Málaga Film Festival 2014. Also, it was nominee for Best Adapted Screenplay at the Goya Awards 2015. Giants don’t Exist is his second feature.

“Although the facts being narrated took place in the eighties, this story still lives on. Jesús Teco lived with his captors for three years, but was able to escape on time to initiate a legal process that lead to the imprisionment of his captor and “adoptive father,” civil patrolman Pedro González. This happened in 2000, but it wasn’t until 2010 that Teco managed to incarcerate some of the other perpetrators of the massacre. Nonetheless, he still hasn’t achieved that any of the military officers involved pays for the massacre of Río Negro. We hope this film will help to keep alive both Jesús’ odyssey and the memory of the victims.”