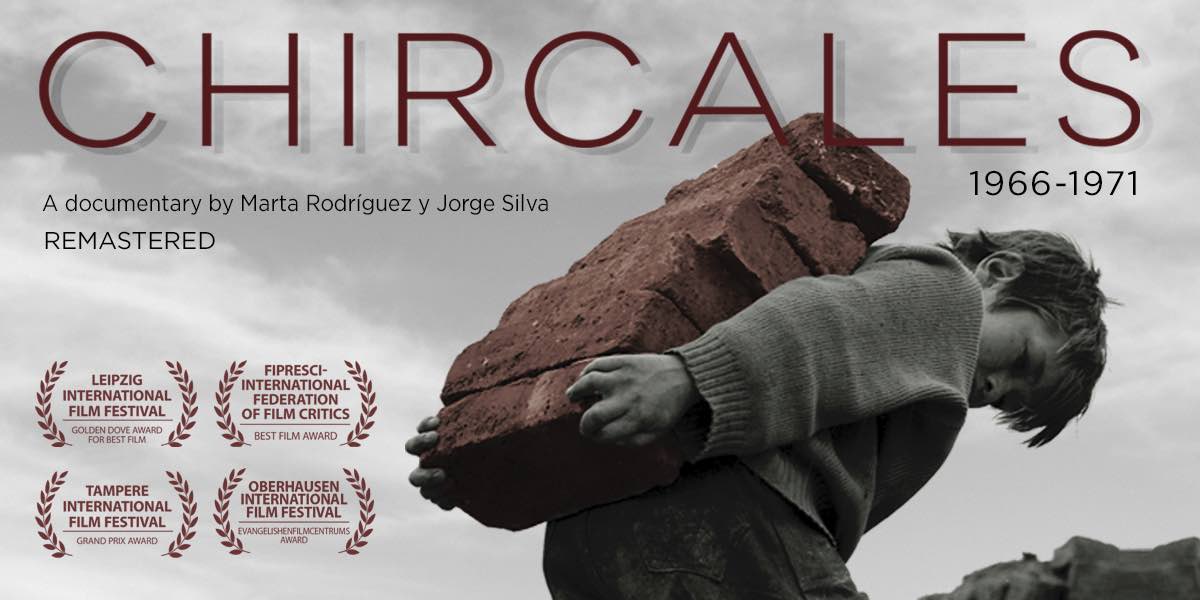 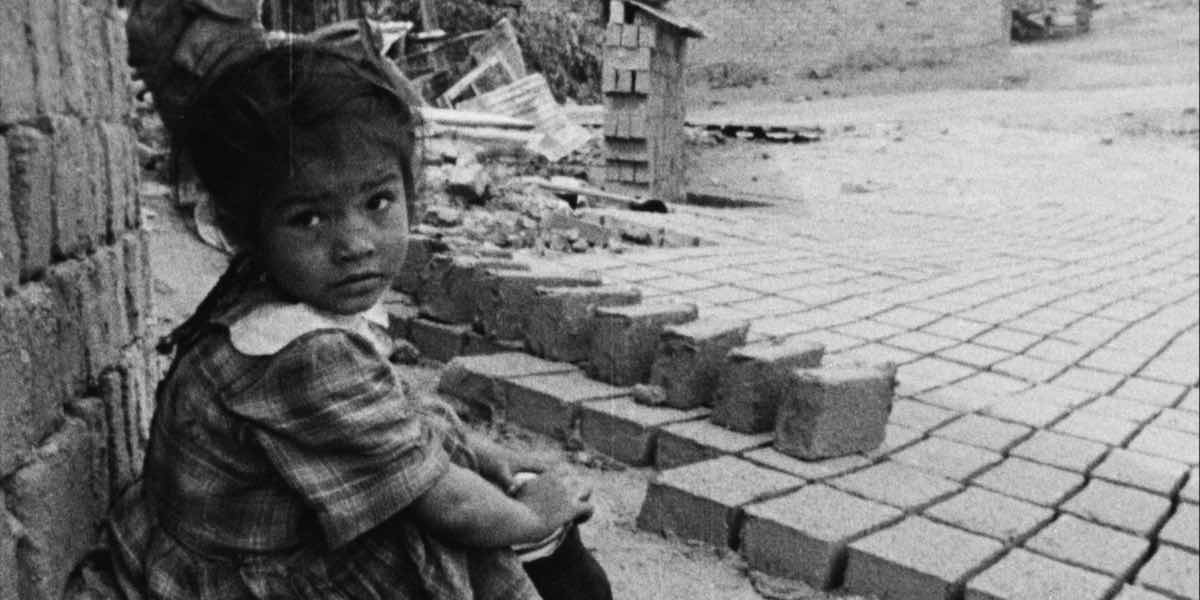 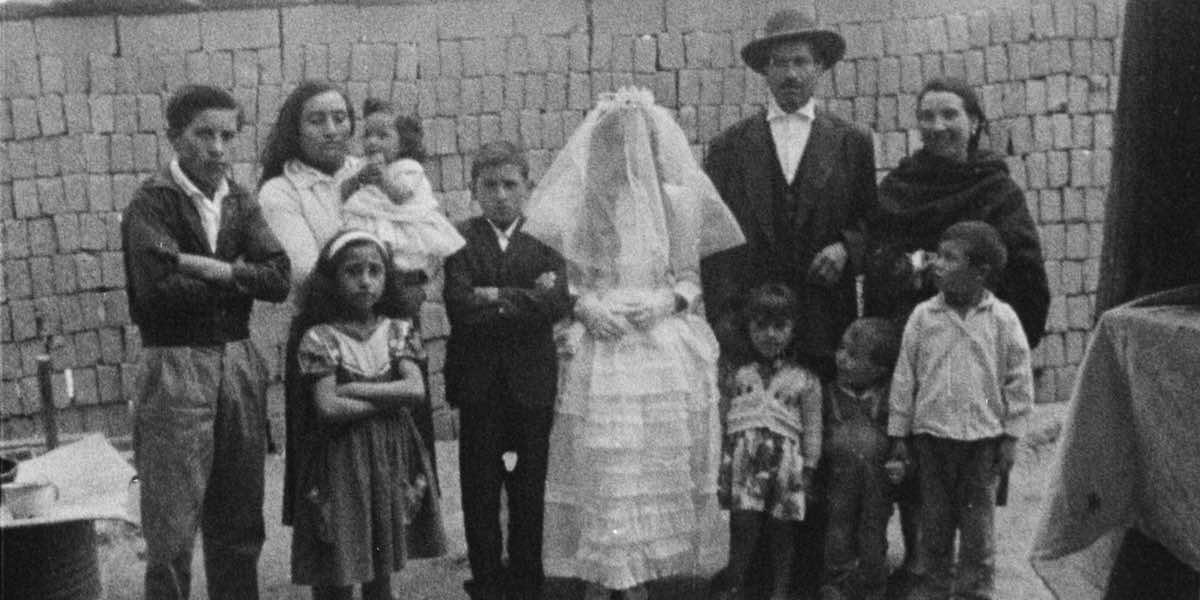 The Calm After the Storm(Como el cielo después de llover)Mercedes Gaviria JaramilloAfter studying abroad, Mercedes returns to her native city to join her father, acclaimed filmmaker and writer Victor Gaviria (The Rose Seller), in the ...

An essential and highly influential classic for years to come, restored by the Arsenal Institut fur film und videokunst (Berlin). One of the first documentary works by Marta Rodríguez and Jorge Silva, Chircales is the product of two of the most prominent and rebellious voices of the New Latin American Cinema.

Rabidly current, Chircales is an exercise for a film production methodology that could be adapted to the sociopolitical conditions of Latin America. Using the framework of “participant observation,” Marta Rodríguez and Jorge Silva integrated themselves into the community of brickmakers with the Castañeda family to offer a more honest and complex portrait of feminist activism and Indigenous resistance.

Depicting the shocking poverty, domestic abuse, and exploitation of indigenous women and children in Tunjuelito, a neighborhood in southern Bogotá, Chircales chronicles the life of the Castañeda family for five years. The documentary shows the regime of exploitation to which it is subjected by the landowners of large farms from whom they were renting land for artisanal brick production.

In capturing these experiences, Rodríguez and Silva also created a methodology for documentary cinema in conditions of political violence that has been studied and replicated by filmmakers since then.

“Recommended. An emotional approach to exposing the systems that feign ignorance to labor and economic injustices within its borders and does so with a unique and engaging vision.” – Sam Buechler, Student Success Librarian, Washington State University Vancouver, EMRO

“I’m sadly convinced that if Marta Rodríguez weren’t a woman from Colombia, her films would be more widely recognized as landmarks of nonfiction cinema. The release of Chircales in a remastered digital edition will help make amends. Depicting the shocking poverty, domestic abuse, and exploitation of indigenous women and children in southern Colombian highlands of Cauca, Marta Rodríguez and Jorge Silva’s first documentary bears the traits of Marxist cinema that they would later abandon. And while the labor and craft of brick makers has been a source of fascination to filmmakers as diverse as Harun Farocki (In Comparison), Alain Tanner (Une ville à Chandigarh) and Paul Meyer (Klinkaart), Rodríguez and Silva bring a rigorous methodology to their subject that is as compassionate as it is unflinching.” – Josh Siegel, Curator, The Museum of Modern Art

“One of the most rebellious pieces of Latin American documentary cinema of the second half of the 20th century.” – Filmin

“Recognized for its originality and beauty as a quite exceptional fusion of politics, visual poetry, and ethnographic documentary.” – Encyclopedia of the Documentary Film

Marta Rodríguez studied cinema and ethnology in France with Jean Rouch, whose Cinéma vérité movement made a lifelong impact on her work. In 1965, Rodríguez made her way back to Colombia where she started working in the capital’s low-income neighborhoods. During that period, she filmed her first documentary, Chircales. The film was recognized as a classic work of the Latin American documentary movement. During her 52-year long career span, she has been focusing on the struggles of various communities within the diverse Colombian society and has created a distinctive cinematographic language that earned her the position of one of the most notable Latin American documentary film directors to date.

In addition to being the pioneer of documentary cinema in Latin America, Rodríguez has also initiated the indigenous documentary film movement. She did countless workshops with native communities and trained them personally in order to give them the tools and resources to document their own lives and struggles through cinema.

Rodríguez received a myriad of awards for her lifetime achievements and her work has been recognized with retrospectives at top documentary film festivals around the world.

Jorge Silva was born in Girardot, Colombia in 1941. He studied Literature and Visual Arts, and worked as a photographer, DP and journalist. He and Marta Rodríguez met in 1965 and later married, and together they made their first joint film, Chircales (1971). Jorge Silva died in 1987.

“After Chircales was finished, a brickmakers’ union was organized. Many students at the National University saw Chircales, with the result that many people went out to work with the brickmakers: lawyers, social workers, etc. They implemented certain union activities for the brickmakers.

The film, then, initiate a process. For instance, in the everyday world depicted in Chircales, people were very accustomed to the idea of children working. But when these same people saw child labor depicted on the screen, it had a tremendous impact on them. We were able to bring about distantiation and a certain level of analysis. Talk to the Castañeda family [whose members appear in Chircales] today; they now have a very critical vision of the slavery in which they used to subsist.”