I Am the People: Venezuela Under Populism 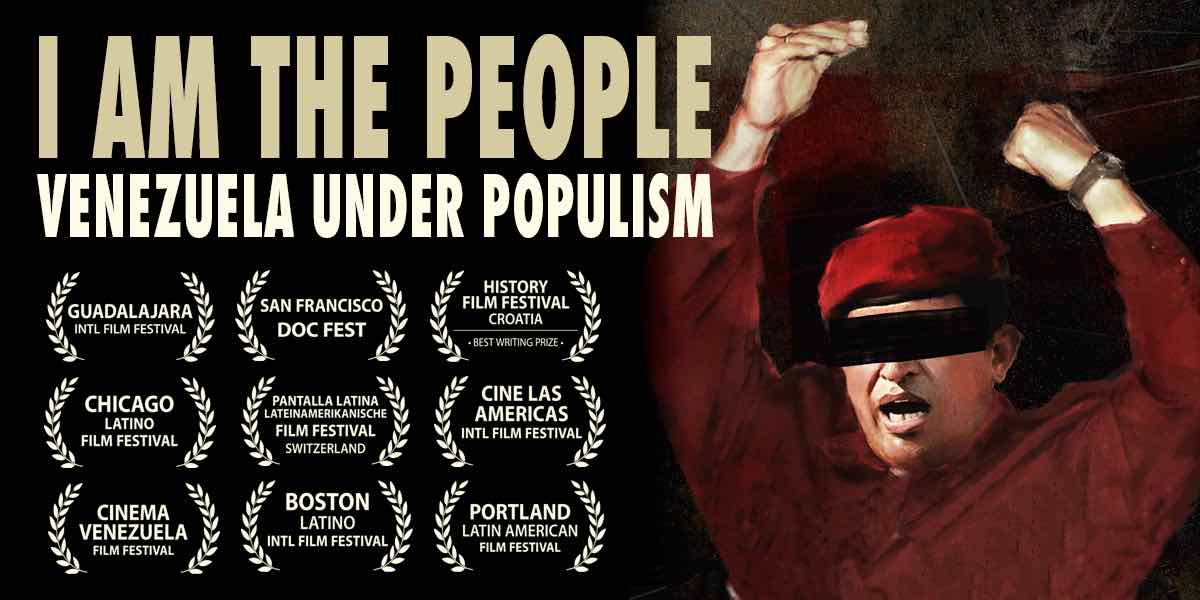 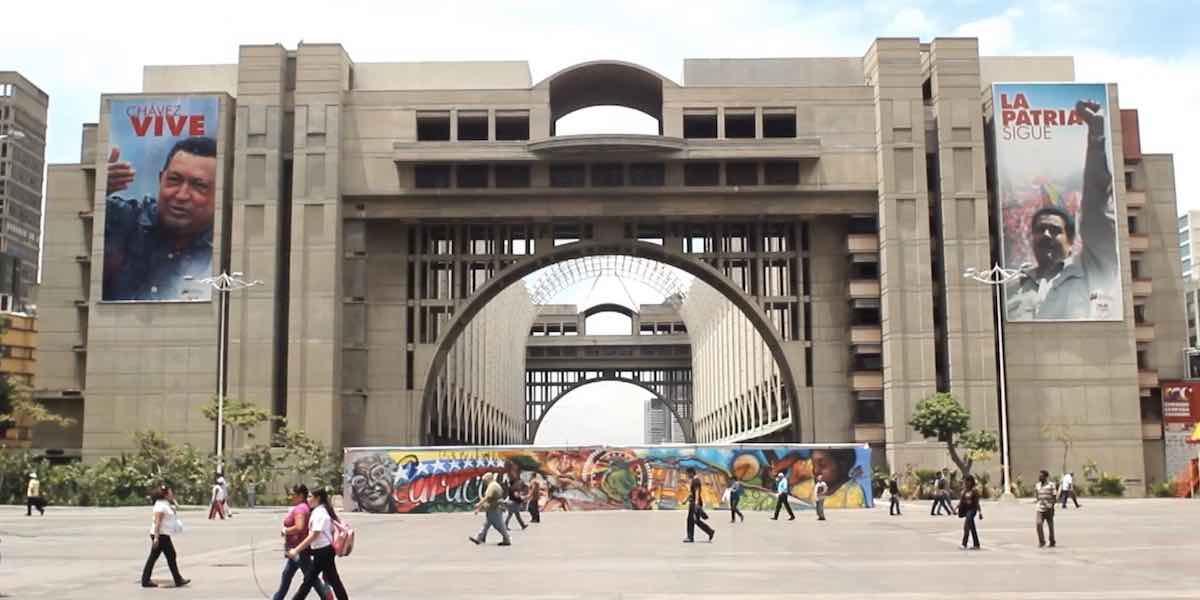 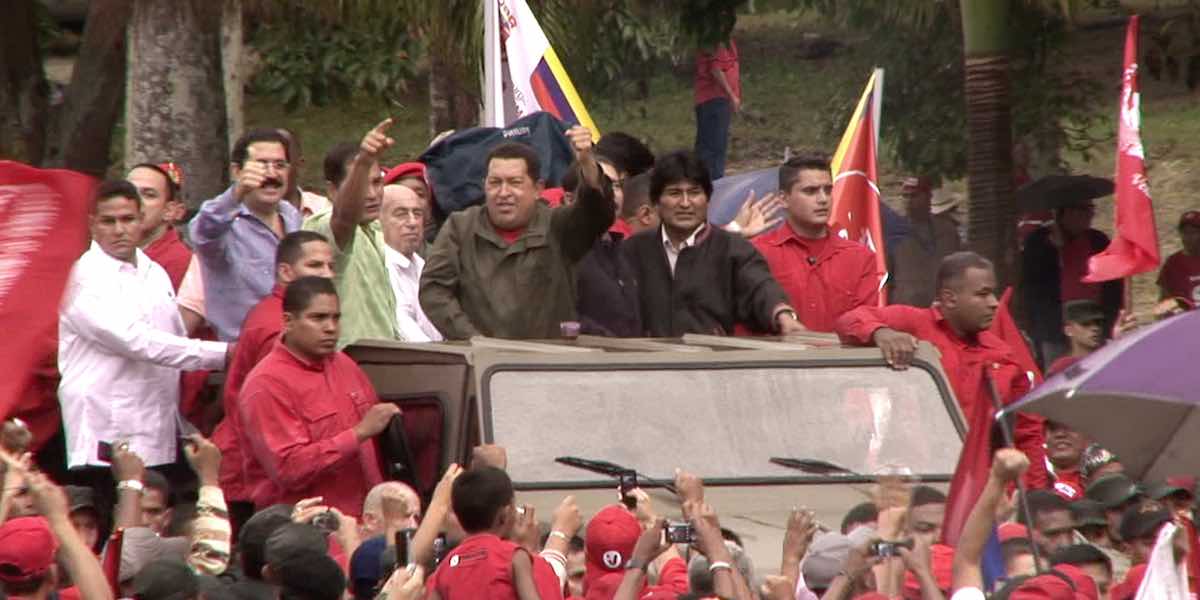 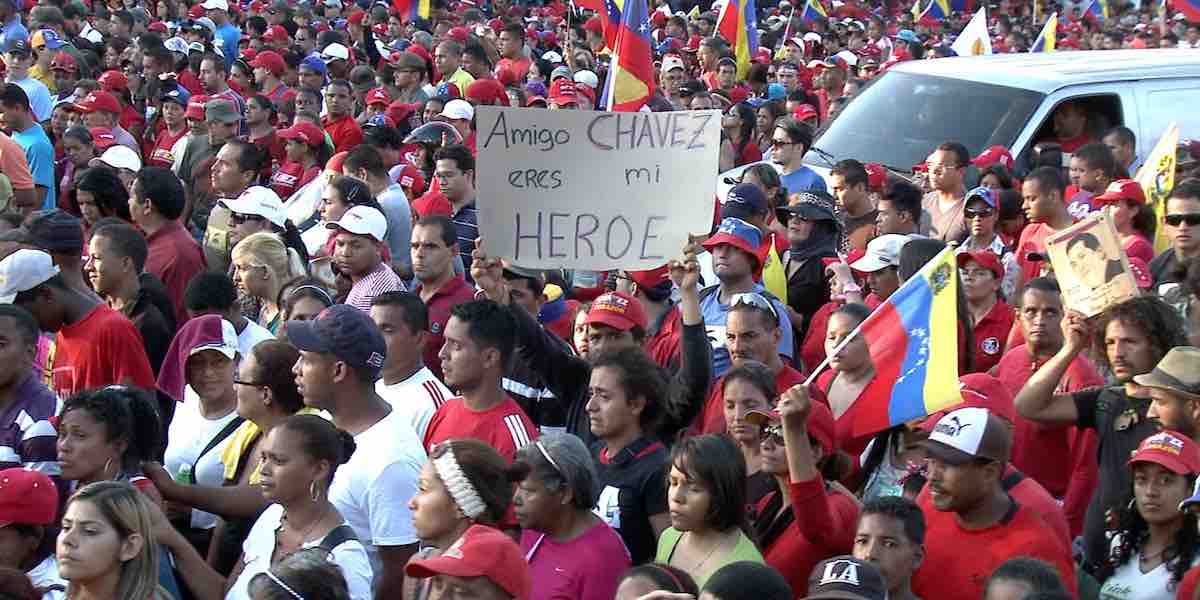 In a world increasingly less transparent, where the shortcut of populism lurks to endanger democracies, I Am The People: Venezuela Under Populism compels us to ask ourselves if any society, however stable, can be considered invulnerable to a populist irruption and its consequences. Populism isn’t an ideology. It’s a way of governing.

I Am The People sets out to expose the skillful mechanisms of authoritarian power in the government initiated by Hugo Chávez and continued by Nicolás Maduro. The film uncovers the emergence of the charismatic leader at a time of crisis, and how ‒supported by soaring oil prices– he paved the way to seize institutions, polarize society, silence the media, and dismantle the production apparatus. All this, on behalf of the people.

A social historian, director Carlos Oteyza uses archive footage and interviews with experts to create views of the situation; describing the events from Chávez’s failed coup to his rise and then the fall of the regime as discontent at economic failure and growing authoritarianism grows.

According to Oteyza, the documentary is not a review of the situation in Venezuela, because it is a situation that has not ended. It intends to expose how populism can endanger any democracy.

“The most accomplished audiovisual product about the disastrous figure of Hugo Chávez Frías... a poem of horror in motion.” – Sebastian de la Nuez, Hableconmigo.com

“Whoever says he embodies the people, in Venezuela, the United States, Spain, Italy or Hungary, usurps the citizen's rights and duties in exchange for a protection based on lies.” – Ana Alonso, El Independiente

“A portrait and radiography of a crisis that has led to the Venezuelan exodus being described as the largest forced displacement of people in the history of Latin America.” – Anna Carolina Maier, The Objective

“'Brave' is a word that defines this filmmaker, who knows that he portrays a reality rulers don't like, but he prefers not to shut up and show it.” – Anna Carolina Maier, The Objective

“The analysis, supported by the voices of sociologists, economists, political scientists and intellectuals, puts the focus on the ravages of populism, the relationship with Cuba and Castroism, militarization, censorship, clientelism networks disguised as social aids, or the annihilation of the adversaries...” – Francesco Manetto, El Pais

“An invitation to ponder, both for Venezuelans and foreigners. The first, so that we do not make the same mistakes again, and the latter, so that they distinguish populist traits in rulers or political leaders on time, and are able to rescue democracy which, even with its imperfections, is the best system of government created so far.” – Lorena Arraiz, Revista Zeta

“A reflection that brings us answers to so many questions, helps us understand how the country reached its abominable situation, and...above all, a warning, an exhortation to the peoples of the world, since the author dismantles the mechanisms of authoritarian power.” – Lilian Rosales, El Fizgon Magazine

Carlos Oteyza holds an MA in History from the University of Paris 7, France. On returning to Venezuela, he began a series of documentaries, evidence of his interest and concern for his country’s history and development. Oteyza launched Venezuela’s most important collection of historical documentaries, writing and directing many of them. His most significant titles are Caracas: 20th Century Chronicles (1999); a trilogy on the turbulent history of oil in Venezuela, The Blowout (2007-2014); and the feature-length documentaries Days of Dictatorship (2012), and Carlos Andrés Pérez, Two Attempts (2016). Oteyza’s work is characterized by testimonies, unpublished photographs, and film footage as a contribution to the rescue and diffusion of his country’s collective memory.

“The difficulty in defining populism has not prevented the so-called populist regimes or populist features in governments from proliferating. The conflicts that afflict numerous democracies in the world have diverse origins and it does not seem that these will diminish in the short term, but quite the opposite.

I Am The People: Venezuela Under Populism is a documentary based on the assumption that what happened in Venezuela in the first twenty years of the 21st Century is marked by populist traits. Our purpose with the film is to unveil important keys to the emergence of this phenomenon and the consequences it has had on the economy and quality of life in Venezuela.

The origin of the project was an invitation from Mexican historian and writer Enrique Krauze to make a documentary based on his Decalogue of Populism. From that moment on, this work took almost three years to be completed. It may seem difficult for what happened in Venezuela to occur in another country, however, the danger of populism is more than latent in contemporary society, and even the most stable democracies can get great surprises. For what it’s worth, we Venezuelans never imagined how our democracy could collapse to such an extreme.”