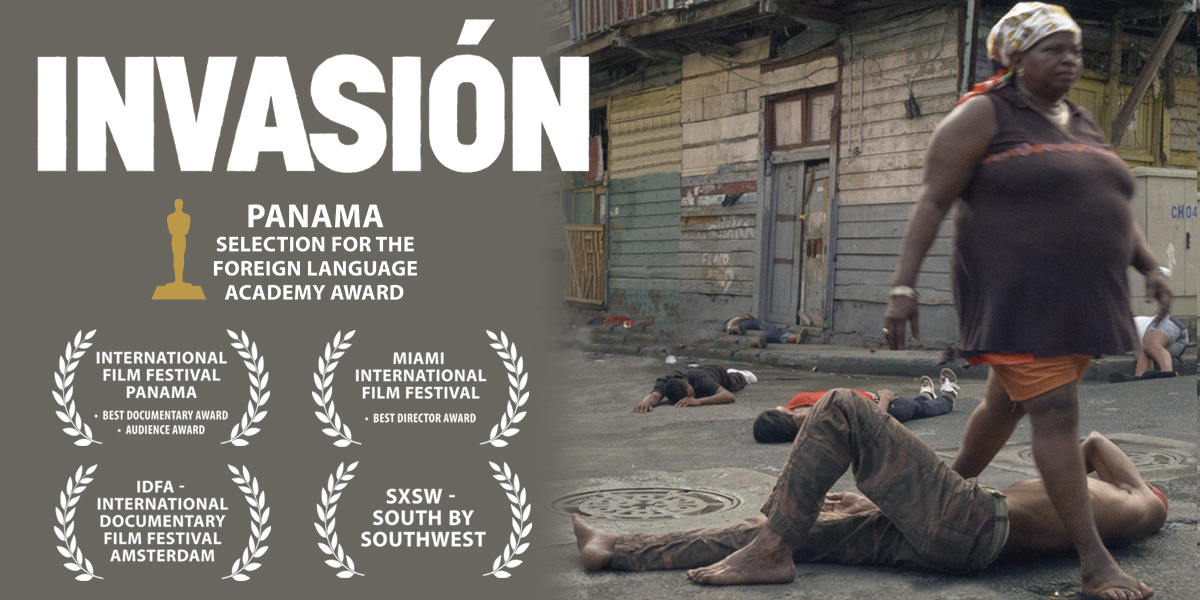 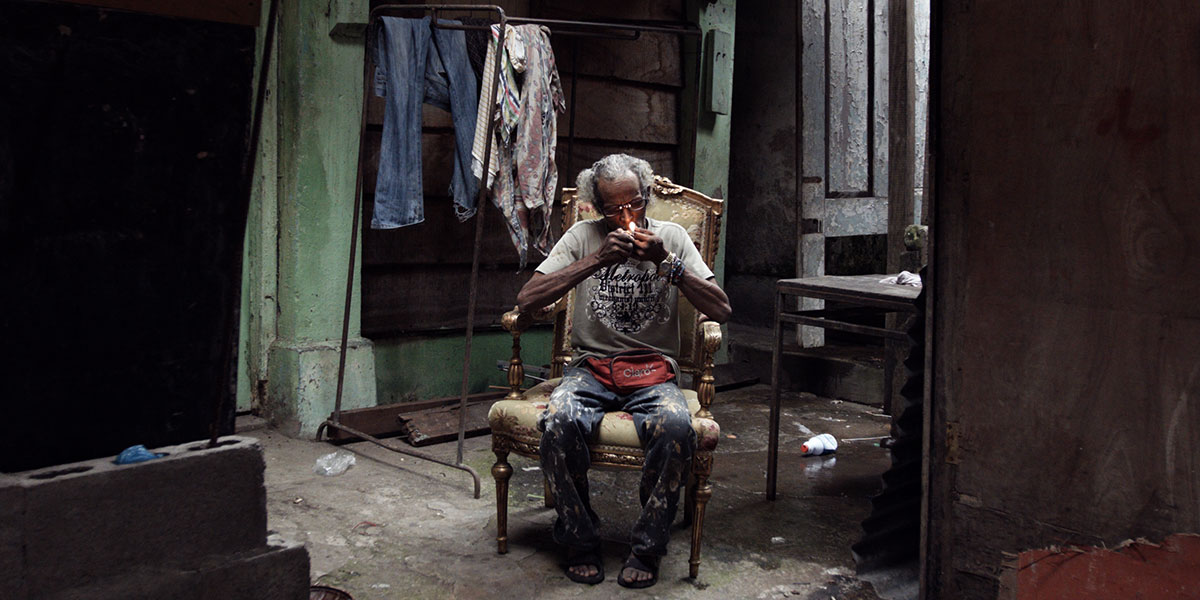 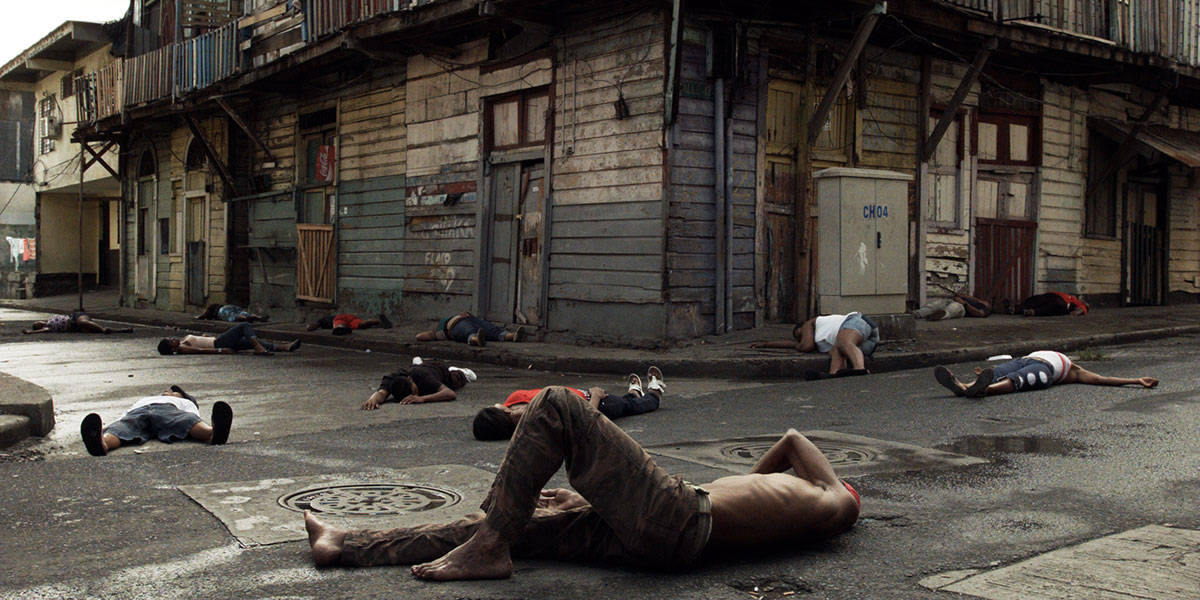 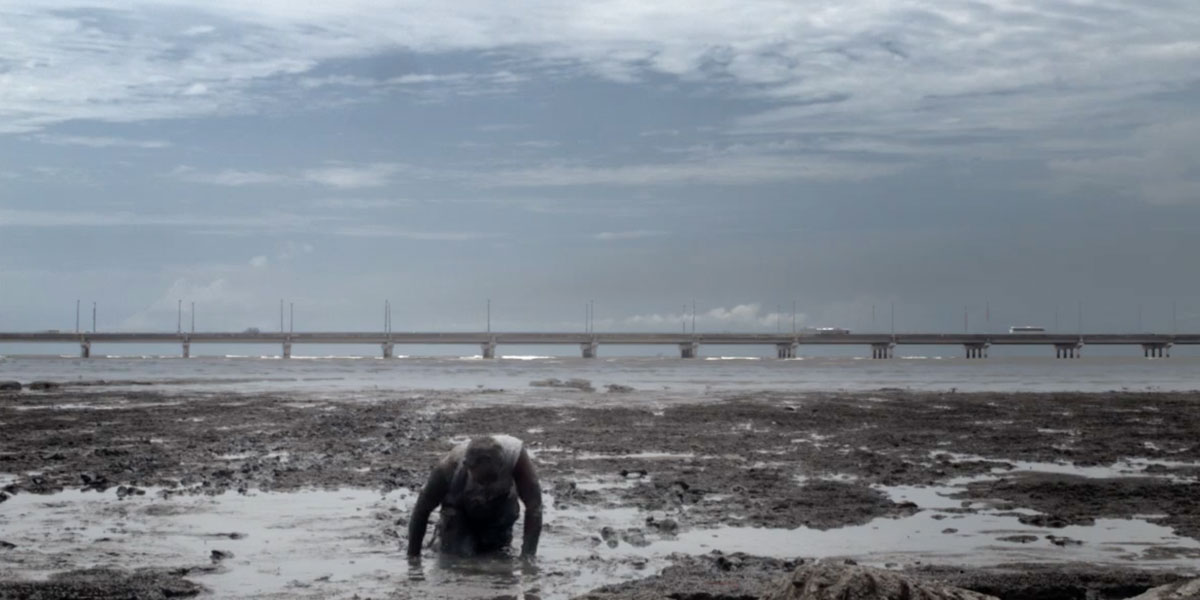 The invasion of Panama by the U.S in Christmas and New Year of 1989 – when  American troops deposed dictator Manuel Noriega, killing an unknown number of civilians in the process- serves as an excuse to explore how a people remember, transform, and often forget their past in order re-define their identity and become who they are today.

Invasion documents the collective memory utilizing a combination of reenactments and interviews of the 1989 U.S. Invasion: Defense forces who fought symbolic battles, politicians who justify their actions, friends of the church, from civilians to former General Noriega.

Did the “gringos” bring democracy or destruction? Was Noriega a victim or a villain? Was he an anti-Imperialist or a CIA accomplice gone rogue? Was it about drug trafficking or arms dealing, or perhaps neither? Or does it really just boil down to the fact that the U.S. wasn’t ready to relinquish control of the Panama Canal? These questions, many of which go intentionally unanswered, constitute the first Panamanian attempt to reconcile with a national trauma that many Panamanians have been all too eager to forget.

I’m always surprised by the very small number of works that have sprung from the US invasion to Panama in terms of literature, film, and any other arts in over 22 years. It feels like the collective memory about the invasion has been put away in a closed drawer. This documentary, perhaps the first one to come from a Panamanian, is a great opportunity to touch an untreated collective trauma, and analyze why it is that so little has been said.

The invasion of Panama, its history, it’s impact in the shaping of the cultural identity of such a young country, is considered a nuissance to many: hurt, blood and destruction are not what people are used to here, and it has been put under the carpet; it doesn’t align with the image we want to have of Panama as a place where life is good, and where commerce develops uninterruptedly.

Panama is now called the Singapore of Latin America because of its peeking economic growth. The fact is we still have many problems, most of them socio-economical, like corruption, poor standards in education, hospitals, the judiciary system, to name a few. In my opinion most of these problems arise from a lack of reflection, a general lack of a pursuit for a dignified self-image, and a denial of our own history. Most Panamanians (at both sides of the rich and poor spectrum) have chosen not lo look back at moments that define us, and prefer to move on without digesting what has taken place.

This documentary is an exercise of memory. I want to dig for the stories as an archaelogist and assemble every piece together to make a collage of our recent history. I want the result to be both a deep and entertaining piece that can outreach the country as my previous films did to help build an arena to talk about Panama today: What are we made of, and what are we looking for in life, in society, what kind of future we want for our loved ones.