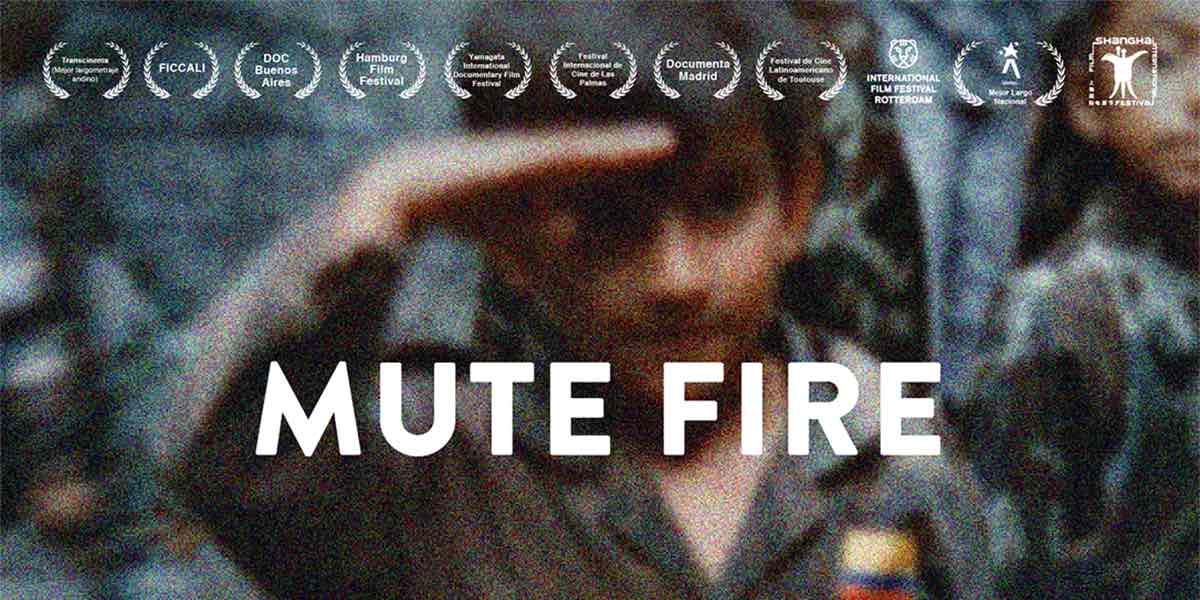 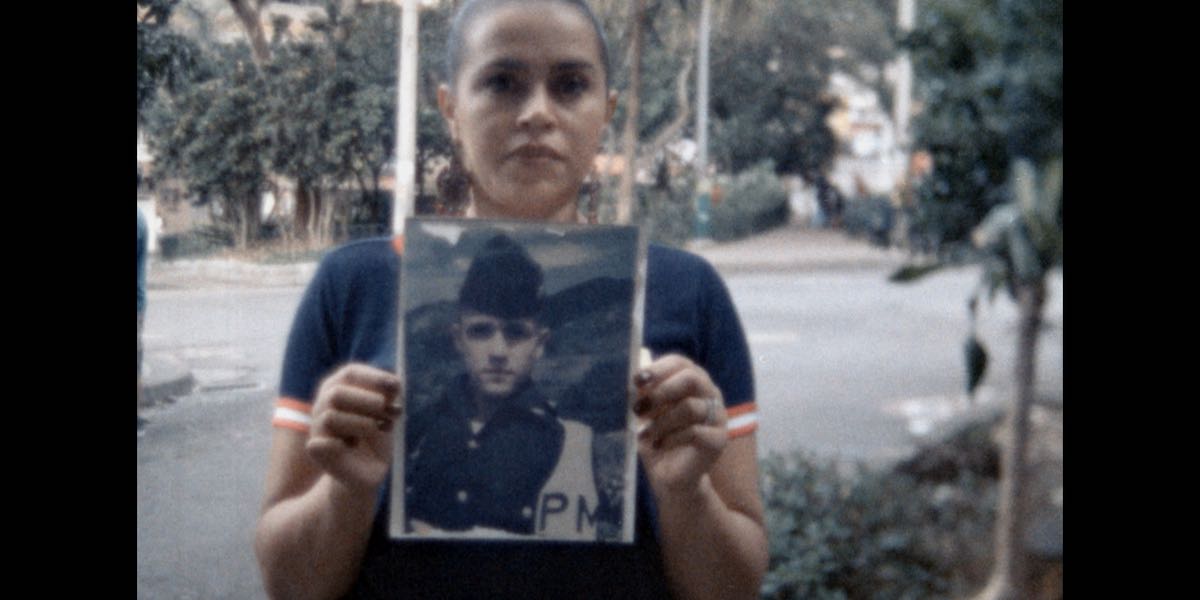 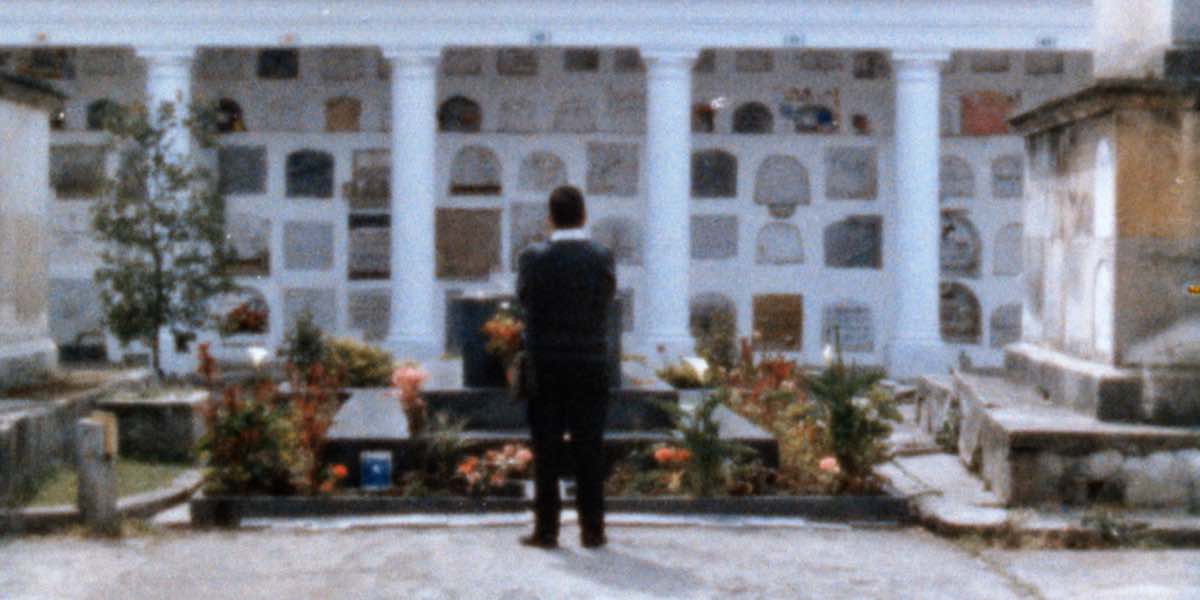 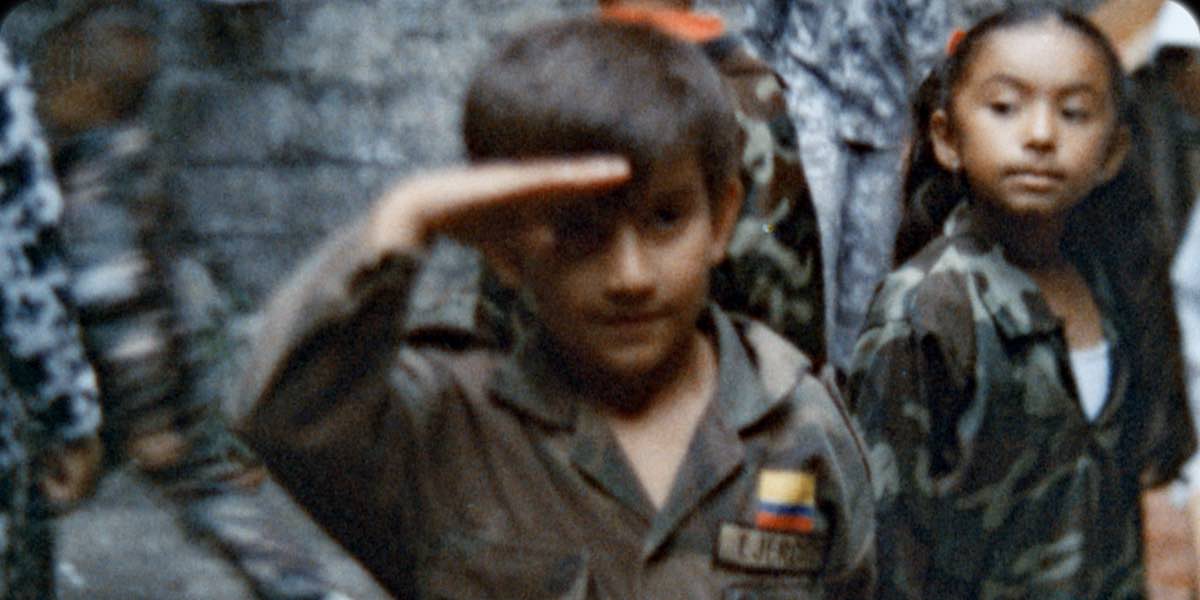 In the tradition of Harun Farocki and João Moreira Salles, in this personal film essay, Federico Atehortúa Arteaga examines the relationship between film footage, the events of the war in Colombia, his family’s story, and the origins of cinema in Colombia.

On March 6, 1906, four people were executed in the streets for the attempted assassination of the then president of Colombia, Rafael Reyes. The representation in images of this event is considered the beginning of the cinema in Colombia. Arteaga embarks on a deep investigation of media representation through his film, which explores how cinema became an instrument of power and control in the country’s violent political history.

As Arteaga’s mother suffers an episode of mutism -without any explanation she stops talking-, the film’s focus widens to examine the family’s own relationship with imagery, memory, and politics. As a result, Arteaga decides to investigate the family’s past and finds a video archive of a children’s play in which he himself acts, pretending to be a captured false guerrilla.

These images bring him back to his original film and lead him to find the relationship that exists between recent tragic events in Colombian history, the false positives, innocent people extrajudicially killed by members of the Colombian army, and then falsely labeled as enemy combatants. Nobody knows exactly how many young people became false positives. The most recent report released by Colombia’s attorney general’s office says that between 1988 and 2014, around 2,248 people were killed. Previous reports by human rights organizations have estimated that the number may be 5,000 or even higher.

“The personal and the political entwine fascinatingly in Federico Atehortúa Arteaga’s meditative documentary essay...War, Atehortúa Arteaga movingly demonstrates, is fought as much with images as with weapons, and as those images persist through time, so do the many wounds of battle.” – Devika Girish, The New York Times

“A discerning, intelligent film, Mute Fire, offers an unparalleled dive into Colombian media history. But it’s also universally urgent for its exceptional insights into what it really means to exist in today’s world of well-documented yet convoluted wars and conflicts as a spectator, and what a responsibility watching has become.” – Katya Kazbek, Supamodu

“One of the first films of the new generation of Colombian directors to reflect on post-violence.” – German Scelso, DOCBuenosAires

Federico Atehortúa Arteaga was born in 1990, in Medellín, Colombia. He studied film directing at the Universidad del Cine (Buenos Aires) and has a master in creative documentary from Universidad Pompeu Fabra (Barcelona). Atehortúa Arteaga directed, among others, the short films Espeso humo blanco and Susurros. He is the founder partner of the independent production house: Invasion Cine. Mute Fire is his first documentary feature.

“With Pirotecnia [Mute Fire] I wanted to reflect on the situation of those who, like me, have experienced war solely through media. I wanted to know how the images that the media uses to depict the war shape our sensitivity and feelings towards that event. My aim was to shift the approach by not focusing on the deaths left by the war, but on how they are represented. I proceeded with one main intuition: how we feel, and experience war is disputed on the aesthetic field because an image is never just an image but also the series of relations in which it is inserted and the energies and emotions that it triggers.

I began the process by investigating the first photographic staging of violent events in Colombia: a series of pictures called El 10 de Febrero. Historians usually recognize this series as a major precedent of cinema in the country. With that in mind, I wondered about the nature of the relationship between the production of images and the events of the war in Colombia. I wanted to construct a link between these photographs and one of the greatest tragedies that the war has created in the country, the so-called falsos positivos (false positives). Such was the name given to the extrajudicial executions of thousands of people from marginalized sectors of the country, especially unemployed youngsters, who were driven to the countryside under false pretenses, often promises of work and money, and then killed by members of the Colombian Army. Those dead bodies reappeared disguised as guerrillas amid fake stagings of war events as if those innocents had belonged to some insurgent group and had been killed on the battlefield. For years the Army faked its results and used these mise-en-scènes to create a victorious image for the public opinion in the war against insurgency.

The story of my mother’s mutism helped me to better see the film’s main question: what is the relationship between my personal life and the war in my country if I am only a spectator of that war?”