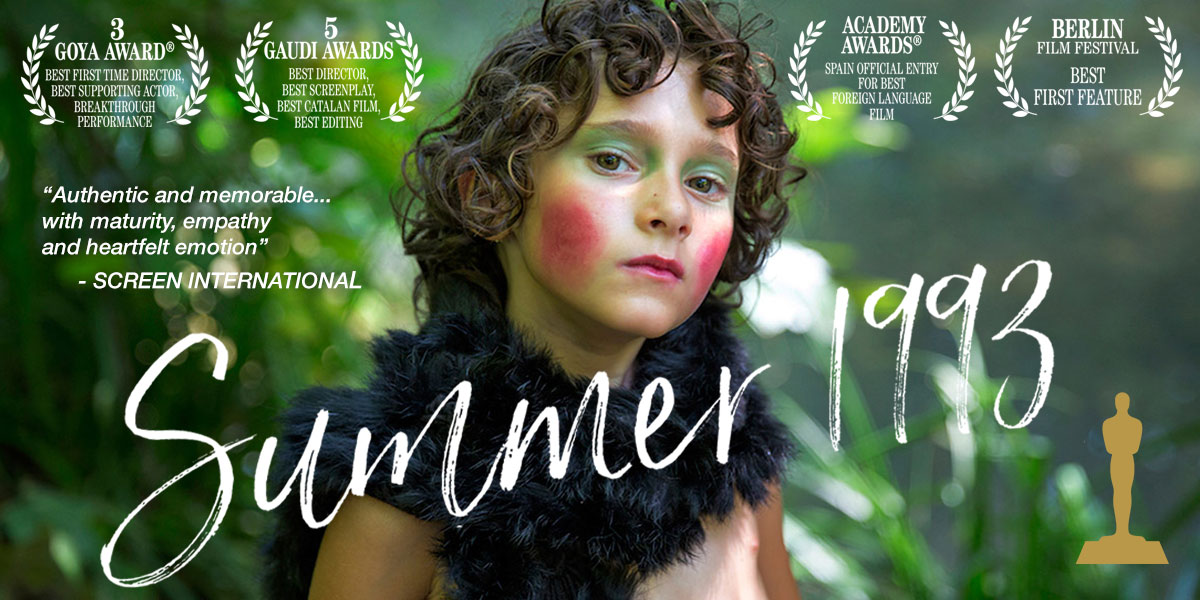 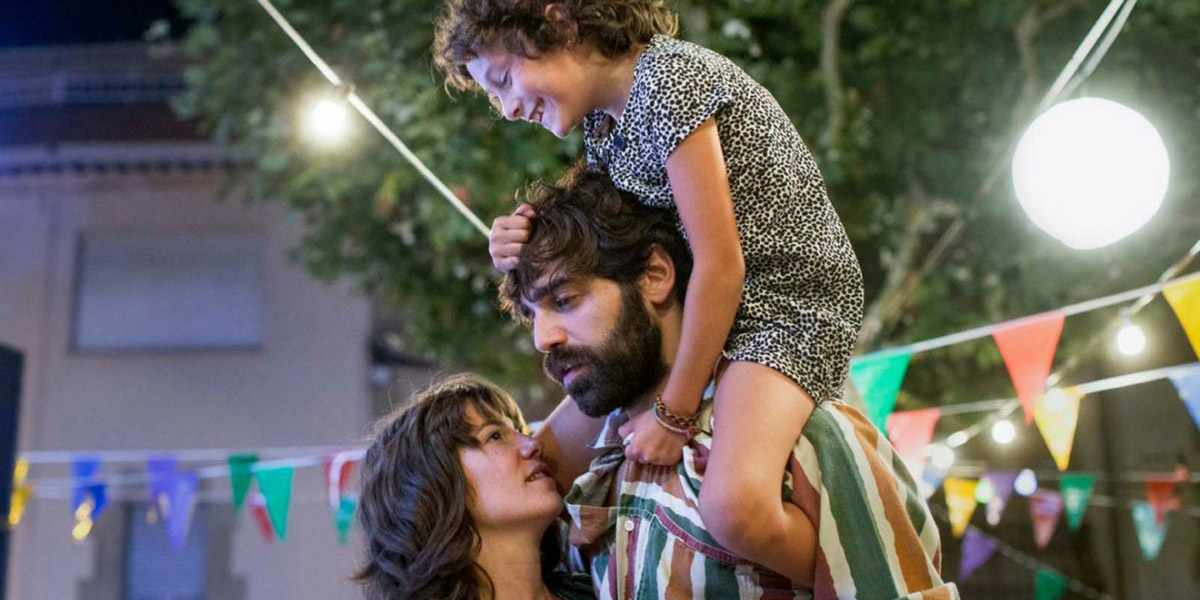 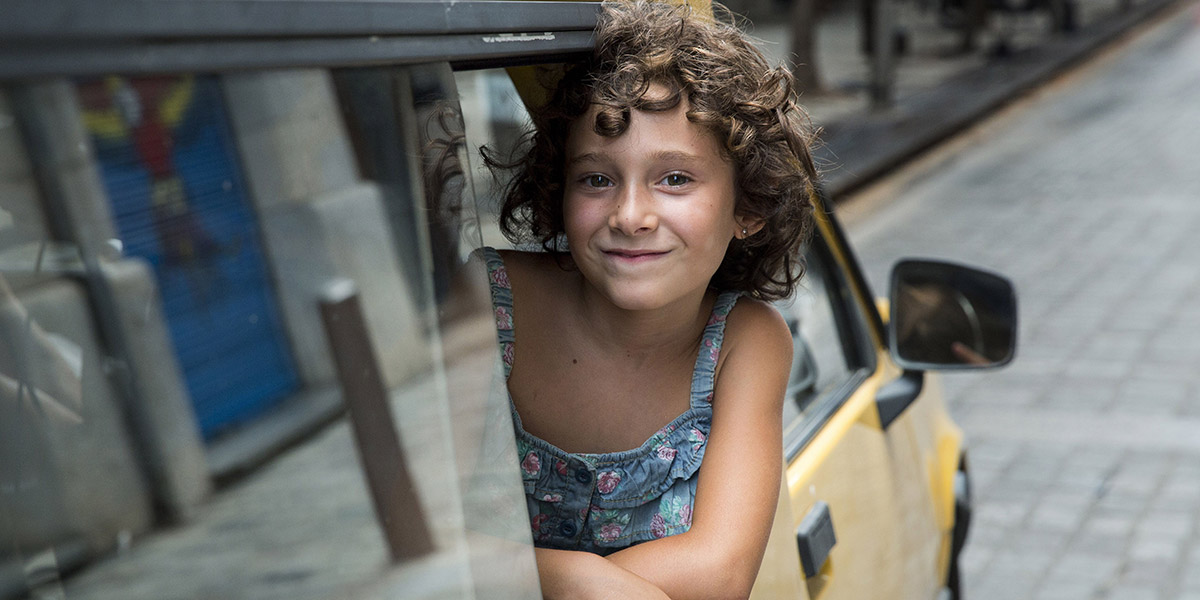 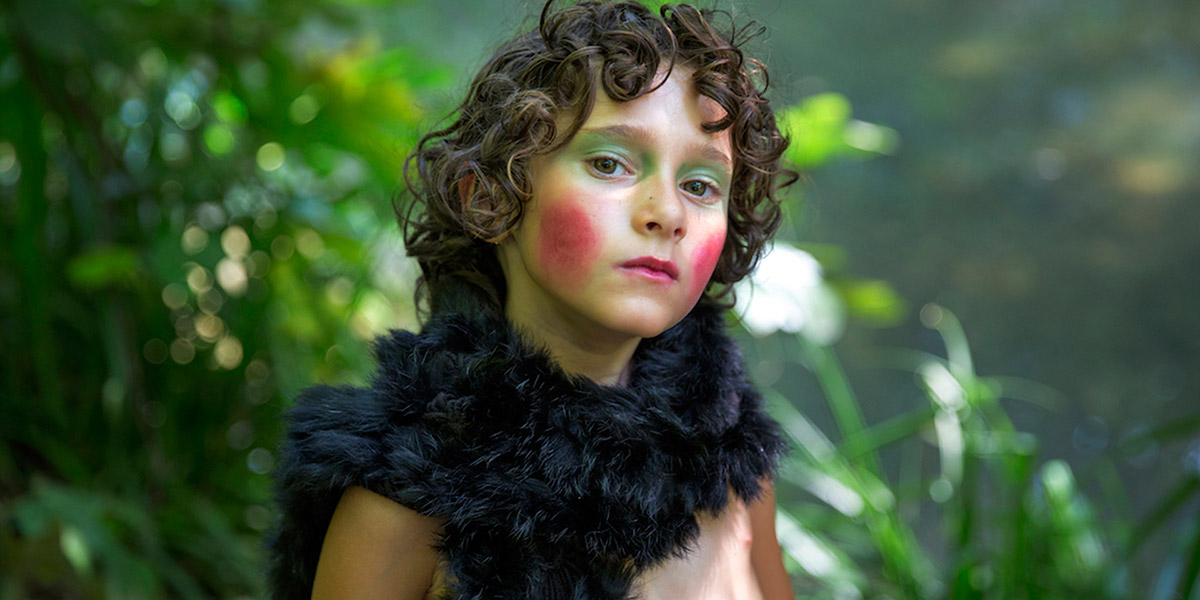 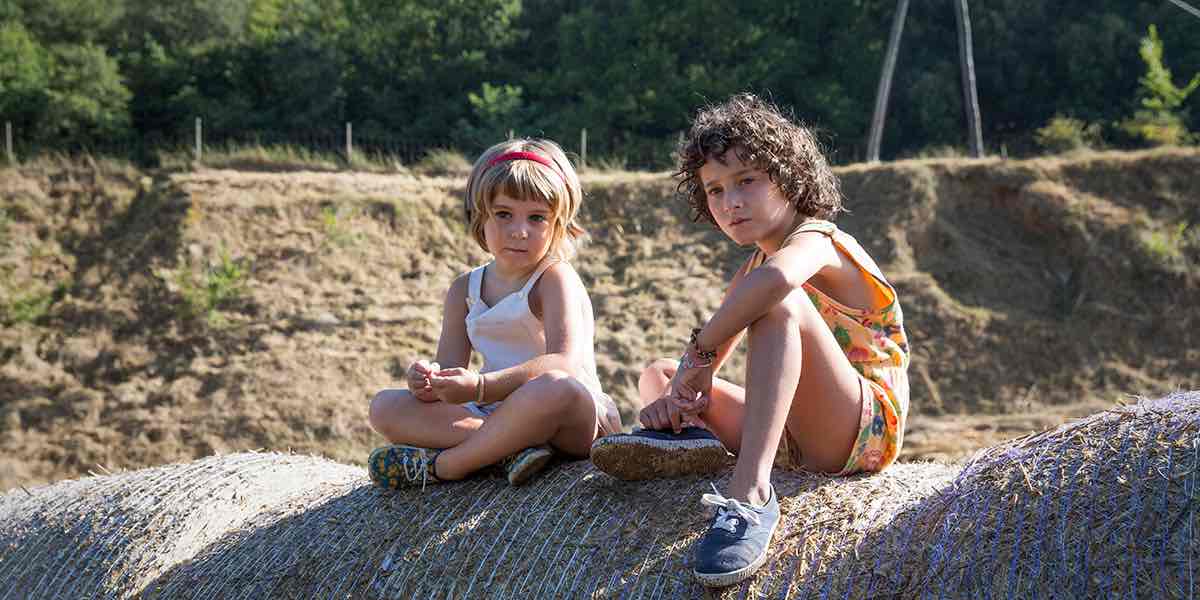 In the summer of 1993, following the death of her parents to AIDS, six-year-old Frida is forced from bustling Barcelona to the Catalan provinces to live with her aunt and uncle, her new legal guardians.

Country life is a challenge: aside from the emotional upheaval, the nature that surrounds her is mysterious, if not dangerous. At night, Frida prays for her mother, who she misses horribly, while during the day she attempts to find her place in this new life. She also has a new little sister to look after and who inspires new feelings such as jealousy. But it is the source of her parents’ passing that casts a shadow over how she is treated by the local community… Indeed, Frida’s life will never be the same.

Punctuated by moments of youthful exuberance and mature ruminations, this coming of age drama is an extraordinarily moving snapshot of being a child in an adult world, anchored by flawless performances by its two young stars. Carla Simón’s autobiographical jewel proves that even the most familiar stories can seem brand new when told with such empathy, authenticity, and beauty.

“Childhood memoirs always are under threat from self-indulgence and sentimentality, but Summer 1993 successfully sidesteps both, establishing Simón as a talent to watch... A delicately crafted, moving filmic memoir. True and captivating.” – Jonathan Holland, THE HOLLYWOOD REPORTER

“Simón's touching, tender autobiography falls in between the greats like The 400 Blows and Ponette, yet is completely unique and deeply personal.” – Courtney Howard, Fresh Fiction

“It is not just a promising debut, but one of the most impressive Spanish films of the year.” – Jordi Costa, El Pais

“Writer-director Carla Simón is a gifted storyteller who is able to convey a lot even in such prosaic scenes as washing a dress, climbing trees, and indulging in a popsicle treat (with one in each hand). Recommended. ” – Tom Keogh, Video Librarian

Born in Barcelona, Spain in 1986, Carla Simón grew up in a Catalan village. She belongs to an extensive family which serves as an unending source of stories. She graduated in audiovisual communication at the Universitat Autònoma in Barcelona after spending a year studying at the University of California. She then studied at the London Film School and took a TV Fiction course organized by Catalan Television. Her short films have screened at numerous festivals. She participated in Berlinale Talents in 2015 where the screenplay for her debut feature film Estiu 1993 (Summer 1993) was selected for the Script Station.

The film portrays my own story. As Frida, I lost my parents to AIDS when I was a child. As Frida, in Summer 1993 I started a new life.

Although my story sounds very dramatic, I didn’t experience the first summer with my new family only as a tragedy. I was a child and as a child I kept playing, laughing and having good moments even if I missed my mum. For me it was very important to make a luminous film that could contain sadness and hope at the same time, and that’s why avoiding sentimentality was very important.

Also, I love subtlety. I believe the audience is intelligent enough to understand complex emotions with very little. Life doesn’t give us much information about our relationships; we have to read them through gestures and few words, and I like playing this game with the audience, making them slowly guess how the characters feel.

It was complicated to find the right distance between my memories and the film we were making. I had to give up some of the images I had in my mind in order to keep the naturalistic tone I was looking for. I realized that if I tried to arrange all the elements of the film exactly as I imagined I would have missed what I had in front of the camera, and the film was now in front of the camera, not in my memory anymore.