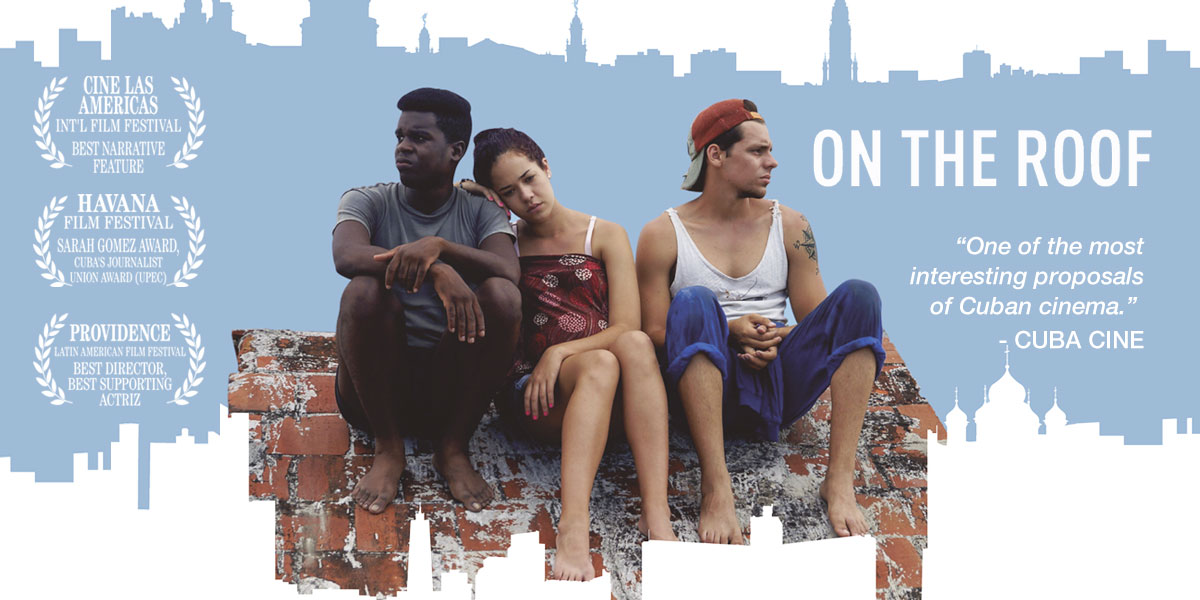 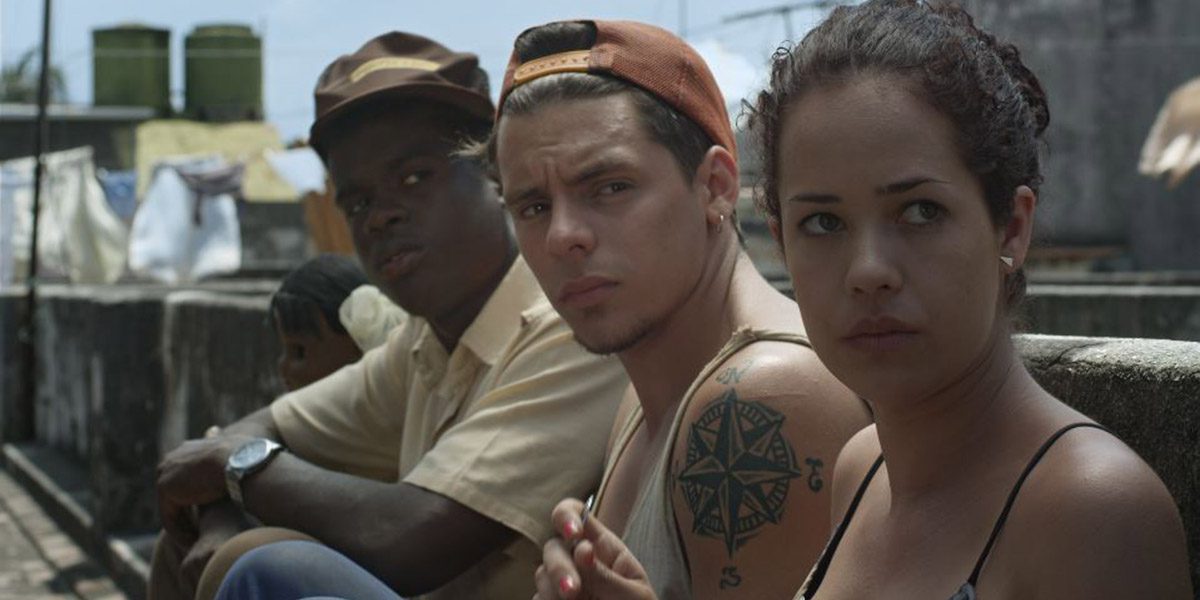 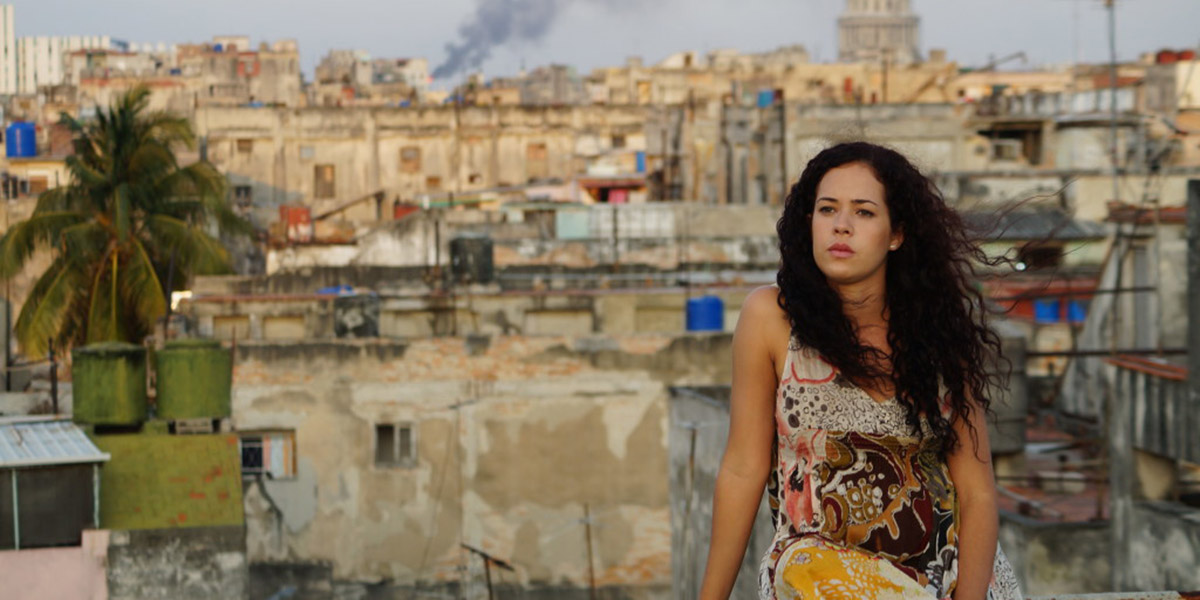 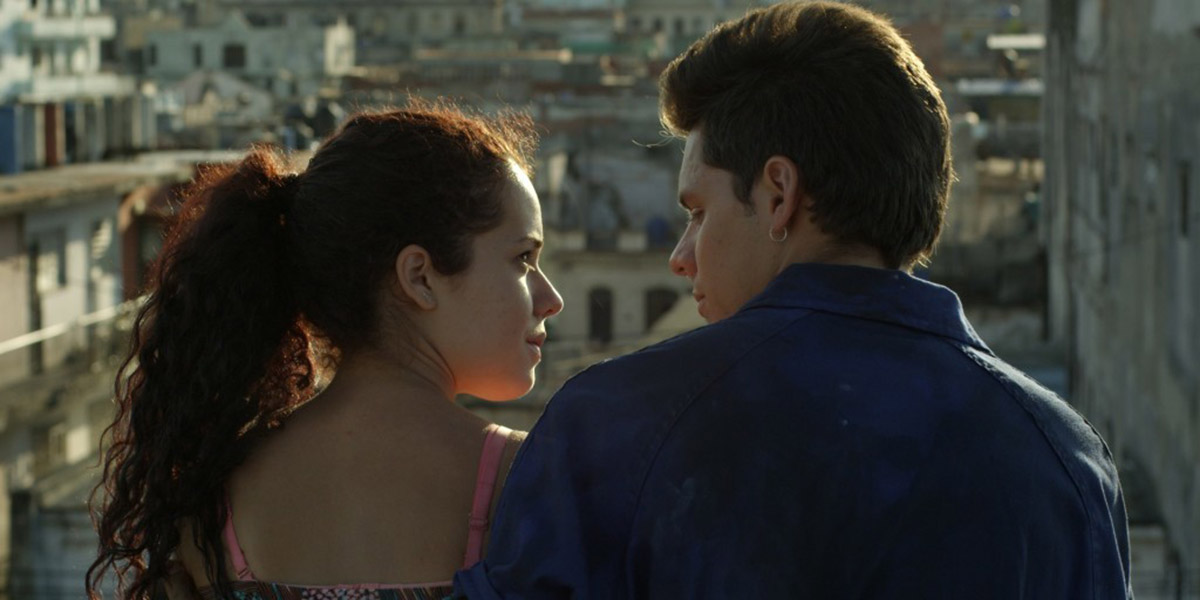 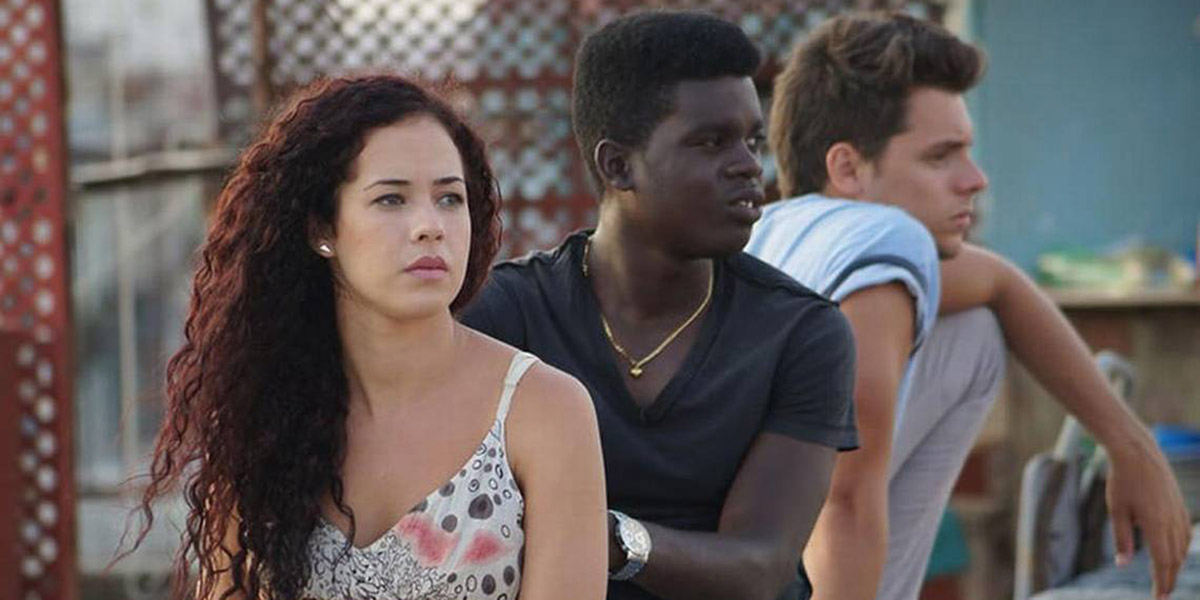 In this feel-good ensemble dramedy, a flat rooftop in an old Havana neighborhood is the natural habitat for three friends who spend their days and nights dreaming about the future.

Yasmani is an amateur pigeon fancier who is too shy to talk to a girl he likes; Victor José has convinced himself of his Sicilian descent and now prefers to go by Vito; Anita is five months pregnant and pretends that she doesn’t care who the father is. In the midst of their boredom, without money and dreaming about success, they decide to set up their own business. The cost of this dream will finally lead them to personal maturity, but with some difficulty.

A deliciously off-beat romantic comedy, On the Roof doesn’t shy away from tackling the problems facing contemporary Cuban youth. The film offers an impeccable balance of colloquial charm and universal appeal. Patricia Ramos and her excellent cast have crafted highly relatable characters with varying degrees of ambition, ingenuity, and quirk.

Patricia Ramos obtained a Bachelor in Spanish Studies at the Havana University in 1999 and film writing at the International School of Cinema and TV in Cuba (EICTV) in 2001. She taught screenwriting workshops in Argentina, Brazil, Cuba, Costa Rica, and Venezuela. In 2009 she directed the documentary Ampárame from the TVE Serie History of Cuban Music and two short fiction films, My Home’s Courtyard, best short film in Cuba in 2007, and Nana in 2004.

“Ramos’ stories are funny and down to earth, offering a much welcome look at contemporary Cuba.” – Manuel Betancourt, Remezcla

“The rooftop terrace as a place of limited freedom could be a symbol in El Techo; it’s an open space, however, teenagers there remain immersed in torpor and daily life, locked up in their own present without prospects for the future.” – Irina Echarry, Havana Times

“One of the most interesting proposals of Cuban cinema in this [Havana Film] Festival.” – Mayté Madruga Hernández, Cuba Cine

On the Roof wants to be an intimate story where no big events take place. It is a story of friendship and love: a flat roof story. In Havana, on the roof of one of the poorest neighborhoods, three young people, two men and a pregnant woman, meet every day to kill time and, at the same time, devise a better life for themselves. They are roof friends. This is, and will be during the entire film, their meeting space, their small friendship ritual, far from concerns and distant from the country and its problems.

The Havana rooftop, a space with an unlimited visual wealth, will be the only exterior in this film. We will not see streets or other outer spaces. The city may be seen from its communicating rooftops: an amalgam of disparate and beautiful roofs in spite of their poverty. The roof will be the host and the main character. We show the lives our leading characters share on the roofs. You live up there and you do not want to touch ground. Taking this resource to extremes allows me to tell a Cuban story from a different, perhaps more intimate, point of view. It is as if its main characters were floating, trying to survive as best as they can in our Cuba of today.