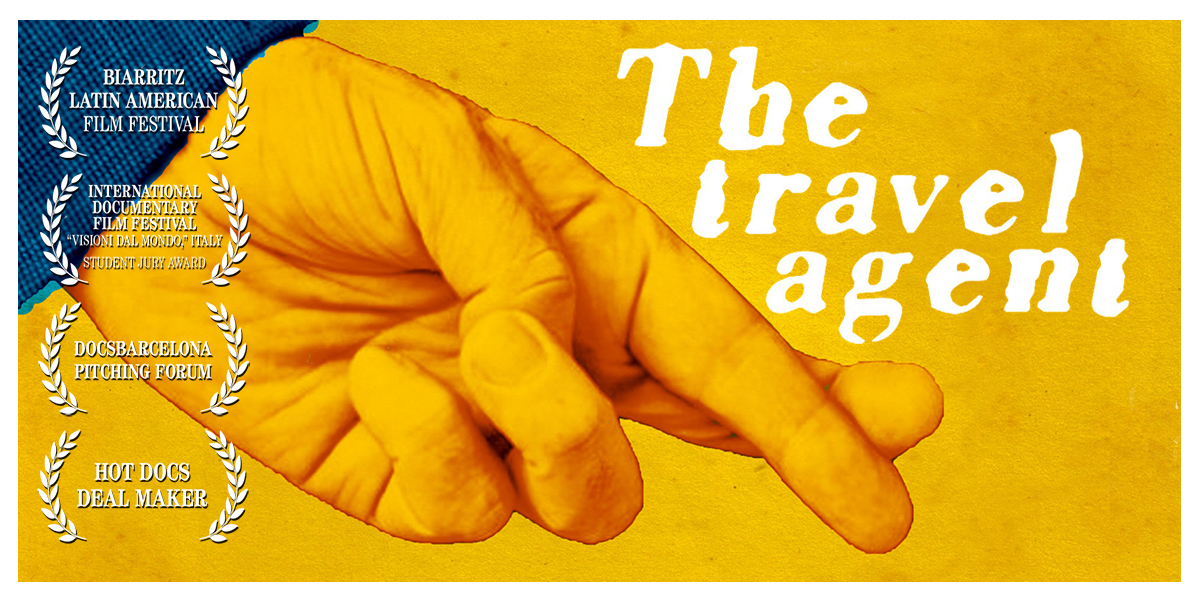 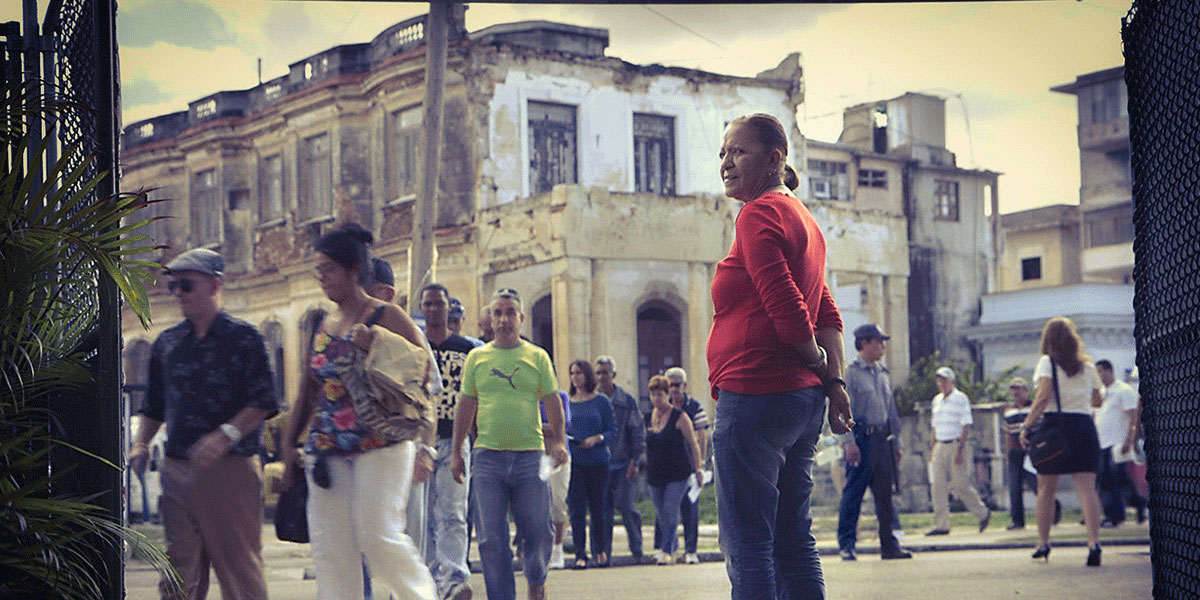 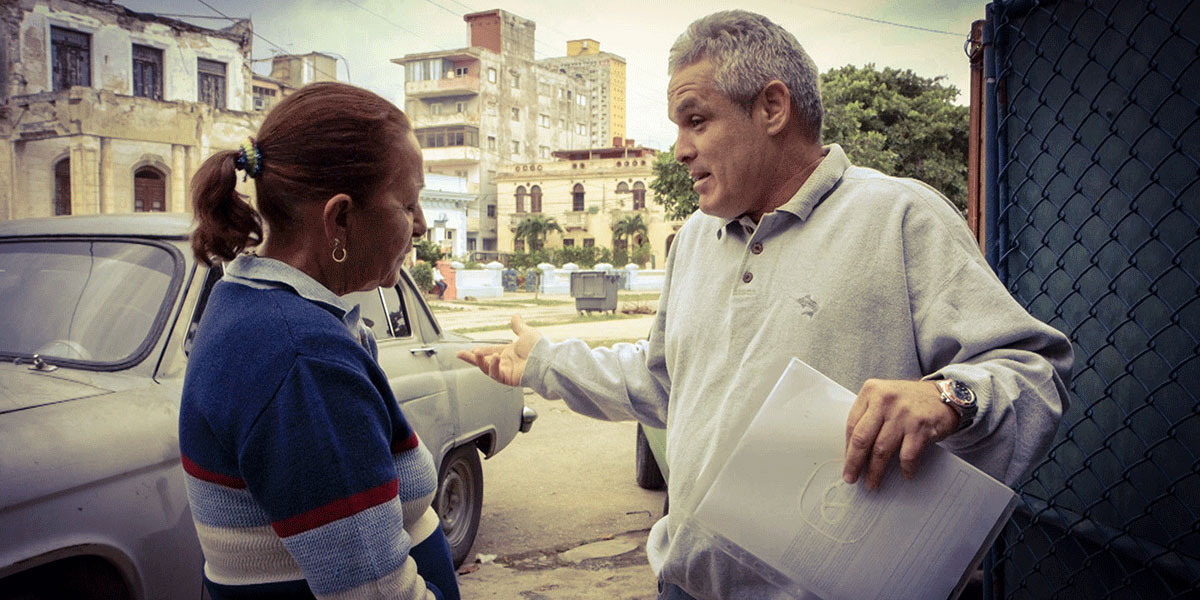 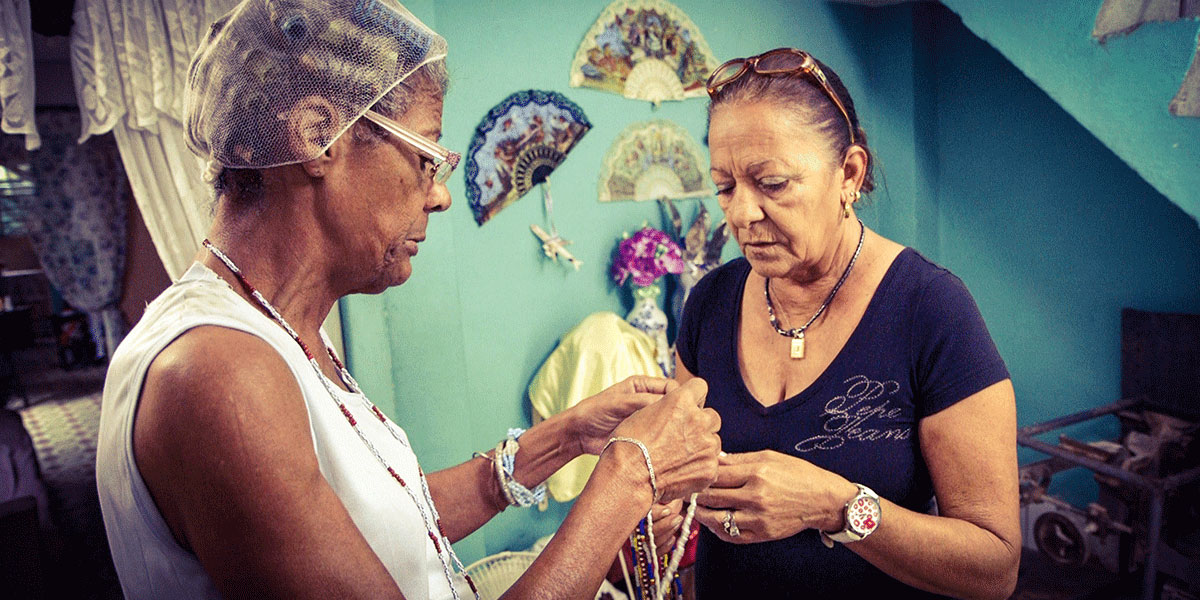 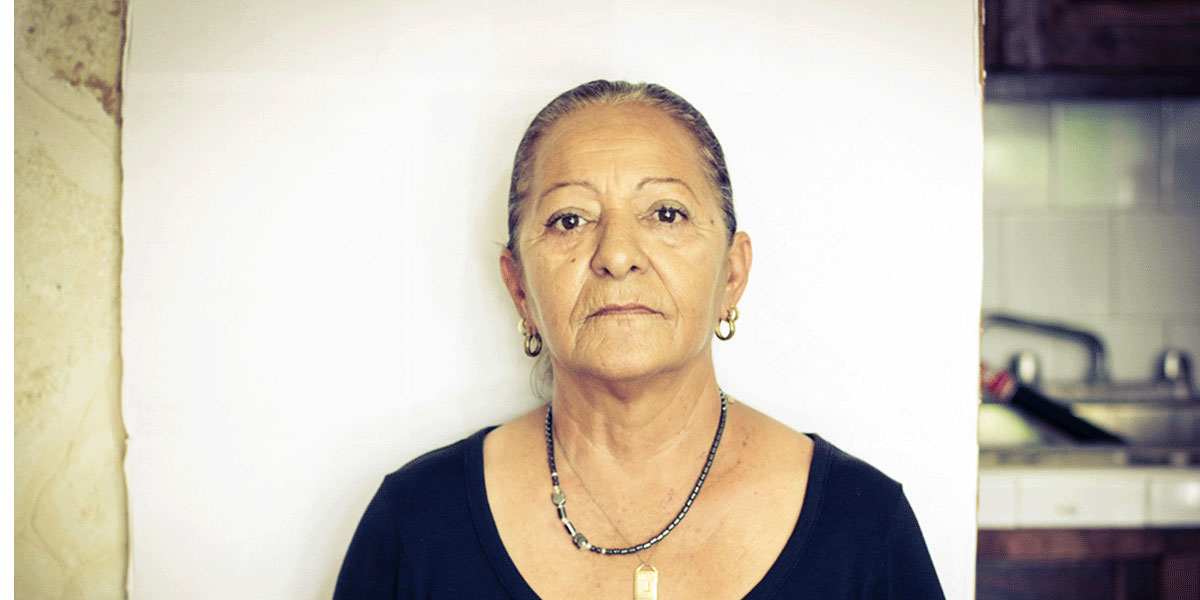 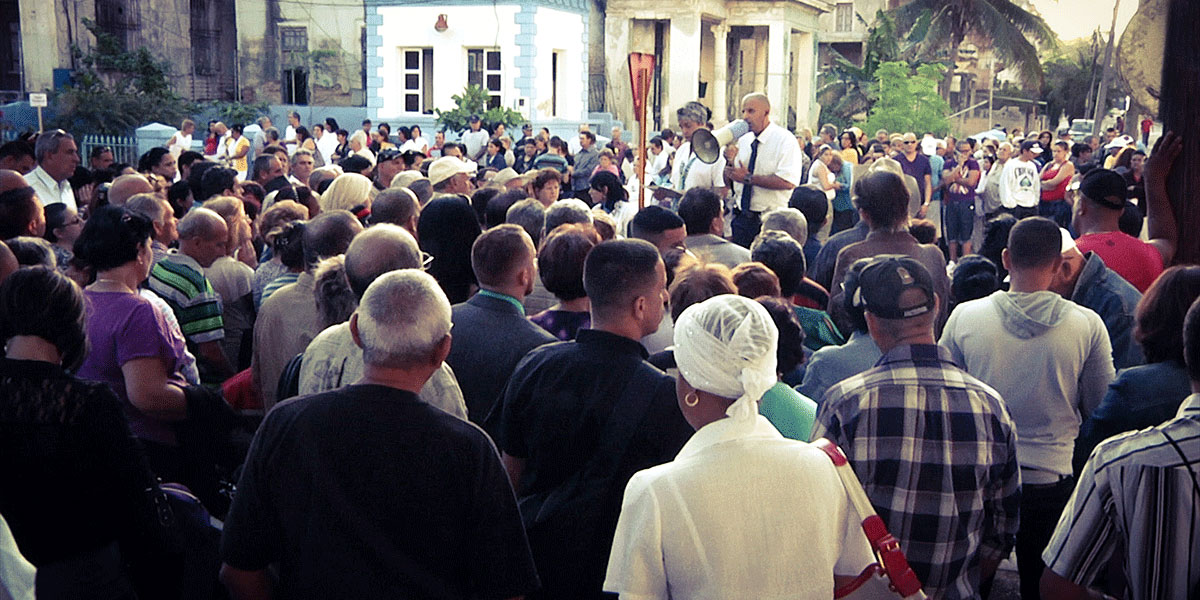 From her tiny office overlooking the U.S. Interests Section, 58-year old Lourdes counsels thousands of Cubans seeking a U.S. travel visa. She coaches them on answering tricky questions, fine-tuning their stories so they have a better chance of succeeding. They come from every walk of life and from all over Cuba to unveil their own life stories at the “Oficina del amor” (Office of Love), as she’s baptized it.

Despite helping others to travel, she has never been able to visit her own mother, son, brothers, grandsons, and nephews in Florida. “[I] quench the thirst of others every day, yet there is not a drop of water for me,” she says sadly. After a long wait, Lourdes’ time has finally come: her interview is set. Her dream to visit her dying mother, who emigrated during the sixties, has never been so close. Will she be able to travel and finally overturn her destiny of forced separation.

Born in Turin, Italy, in 1974, Niccolò Bruna is an independent filmmaker and producer.

Bruna has been experimenting the expressive tools of documentary filmmaking since he attended the EICTV School in Cuba in 1999. For the past 15 years, he has striven to carry out quality film productions with human interest while offering a fresh glance on powerful social issues.

Bruna won several awards with Dust, The Great Asbestos Trial (2011), co-directed with Andrea Prandstraller, including Best Film at the Baghdad and Rio de Janeiro Film Festivals, and a nomination for the David of Donatello prize, the Italian Oscar. As producer, he won the Ivens Prize at Cinema du Rèel, Paris, with Andrea Deaglio’s City Veins, The Future Flows Through Here in 2011.

The Travel Agent narrates the intimate story of Lourdes, an ordinary but extraordinary woman. It is also an universal story; one that is made of the isolation and separation that is common to many Cubans and to anyone in the world who has been forced to be separated from the loved ones by events out of their control.

The documentary was shot in the last period of the freezing relations between Cuba and the United States, during the 54th year of “bloqueo,” the economic embargo. This is also why it is a unique document, which unveils the human consequences of political choices.

Thanks to the lively strength of the protagonist, the documentary is entirely shot in cinema verité style and the narration flows scene after scene with no interviews or voice over. The Travel Agent is a tribute to the dignity of the Cuban people, always ready to face the storm with a smile. I have told about their heroic everyday life without any folklore or filters.

At the same time, The Travel Agent carries on my personal and human exploration of the female universe and the extraordinary resilience of women.