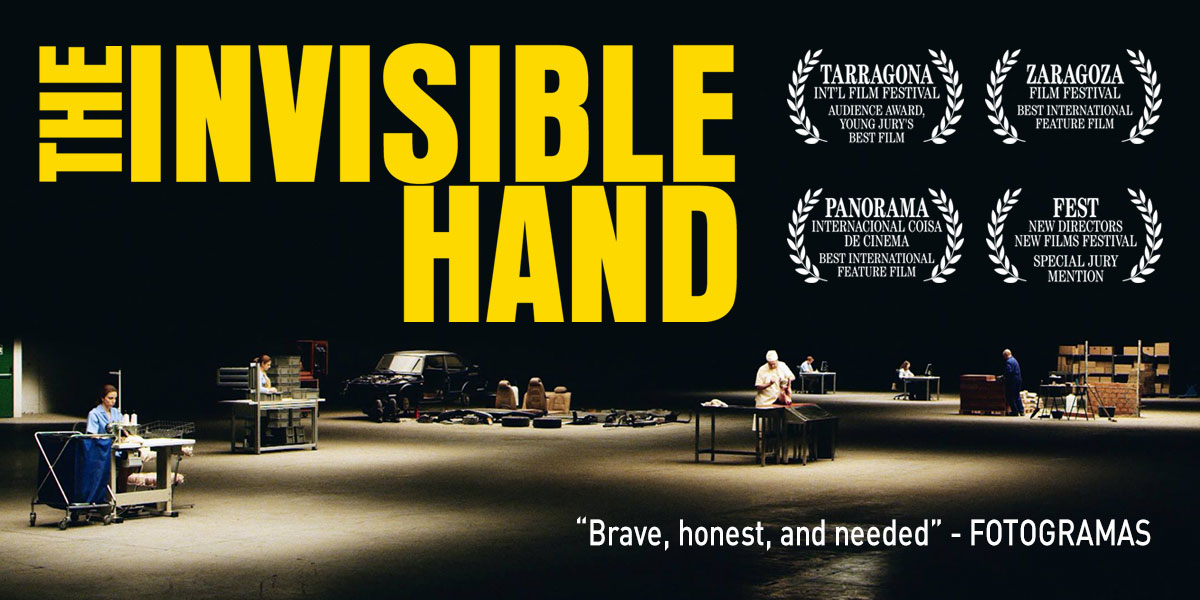 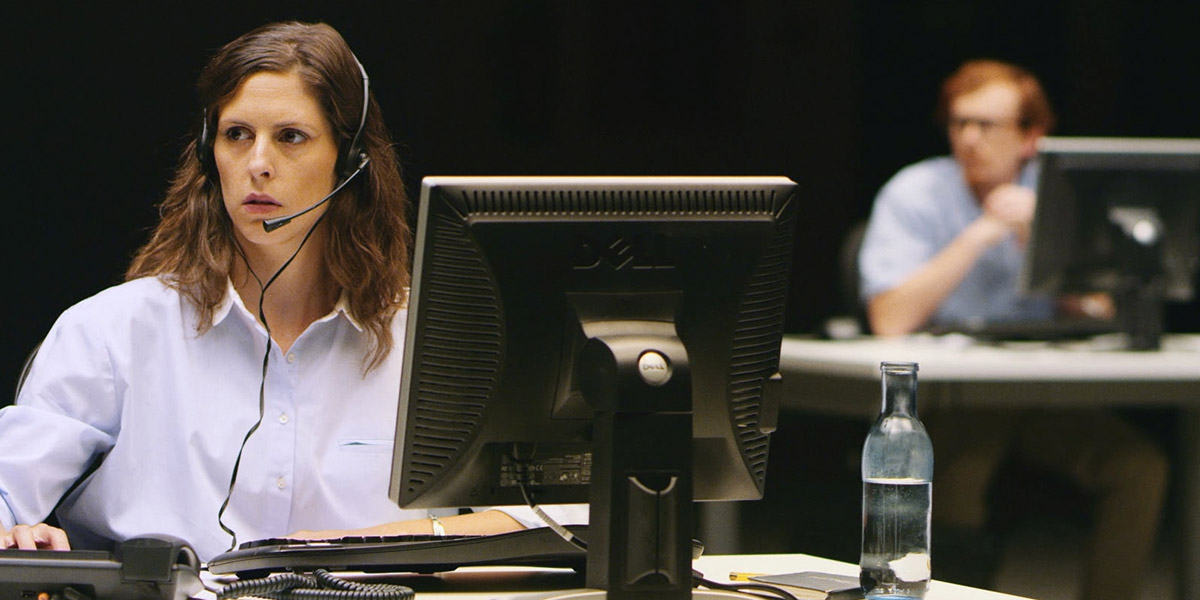 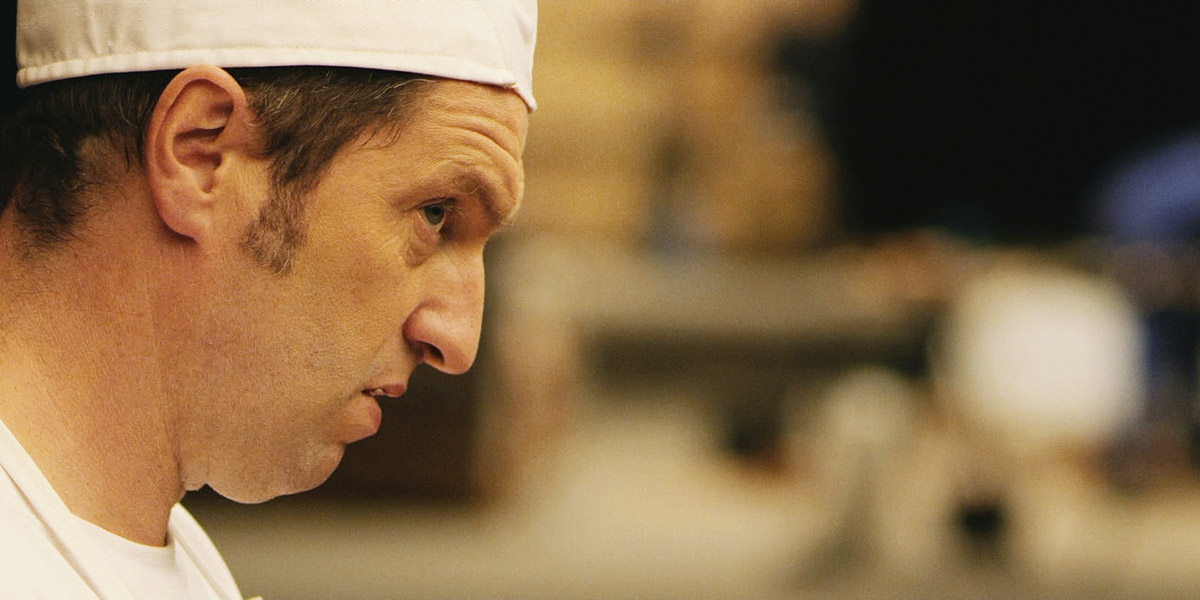 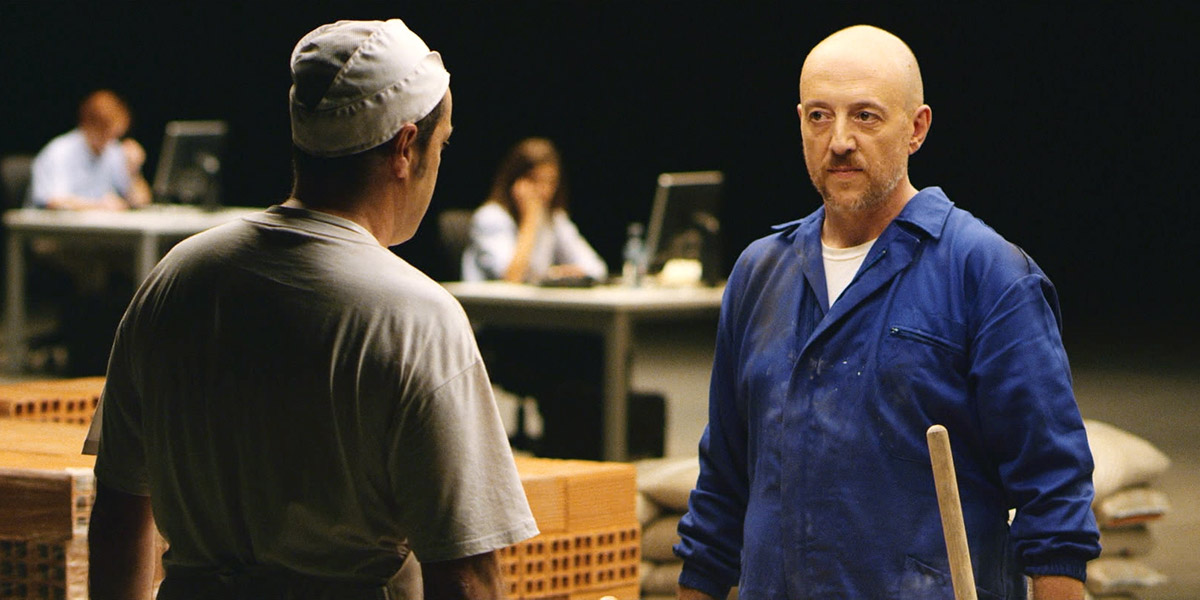 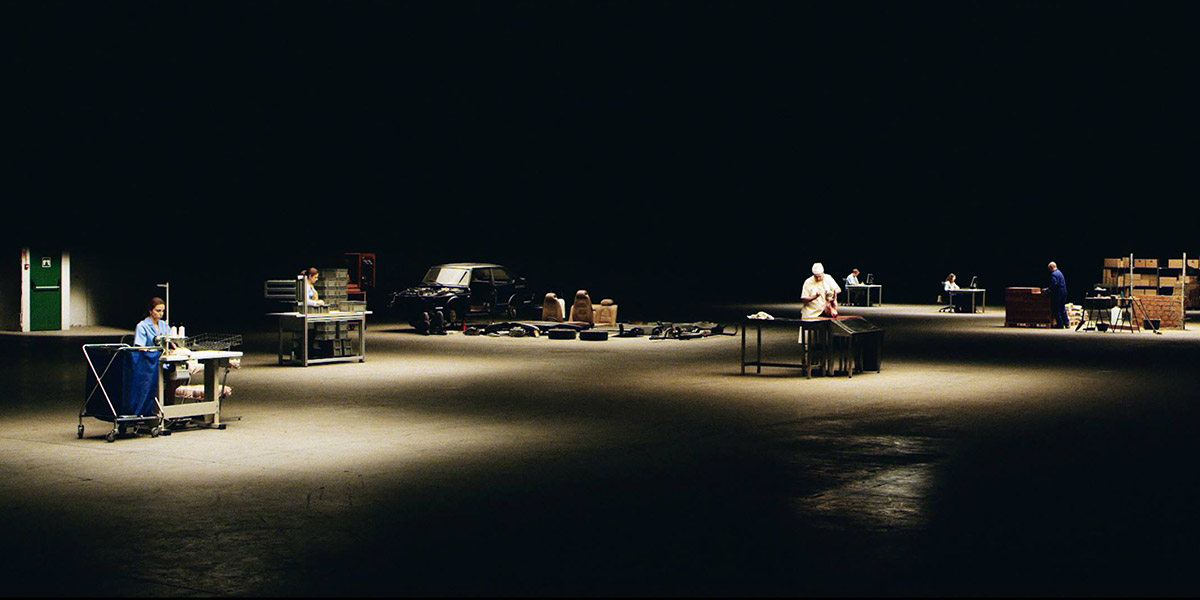 An industrial warehouse is turned into a stage. Eleven ordinary professionals are hired to do their work in front of an audience with apparent normality: a mason, a butcher, a seamstress, a teleoperator, a waiter, a mechanic, a computer operator, and a cleaner. Meanwhile, from the darkness of the auditorium, dozens of visitors observe the ‘wonderful’ work show. Work of art, reality show, macabre experiment: they do not know what they’ve got into, nor who is the hand that moves the strings in that wicked theater.

With impeccable performances, and a surprising ending, the adaptation of the novel by Isaac Rosa is an astonishing parable of work in contemporary society.

“Macián has made an utterly interesting film about the work demon that crushes us.” – Javier Ocaña, El Pais

“Harsh criticism of job insecurity and the relationship between representation and reality” – Quim Casas, El Periodico

“Definitive proof that, in order to make a good film, you only need one thing: have something to tell.” – La Inercia

David Macián is an audiovisual director born in Cartagena and cultured in the world of the short film, where he has won several awards both nationally and internationally. He has also worked on various audiovisual projects as production manager, assistant director, and editor. His first film, The Invisible Hand, is an adaptation of the novel by Isaac Rosa.

Formulated as a cooperative and self-sustained film that tries to find alternatives to the traditional production model, The Invisible Hand borrows the essence of Isaac Rosa’s novel in which it is based to place the spectator in an intermediate space between the characters in the story and that audience that comes to see them daily, forcing him/her to rethink certain uncomfortable questions:

Why do we work?
What is work’s purpose?
Dos it dignifies us in any way?
Does it ennobles us?
Do we work to feel realized?
To reach goals or dreams, to triumph, to live well, to survive?

The Invisible Hand calls for constant reflection; teases the spectator and doesn’t allow for the passive contemplation of the acts being narrated. It asks for the questioning of things that we assume are settled, that were pass on and thought since childhood and that are rarely put into doubt.

At the end, the big question is: could we work in a different way?