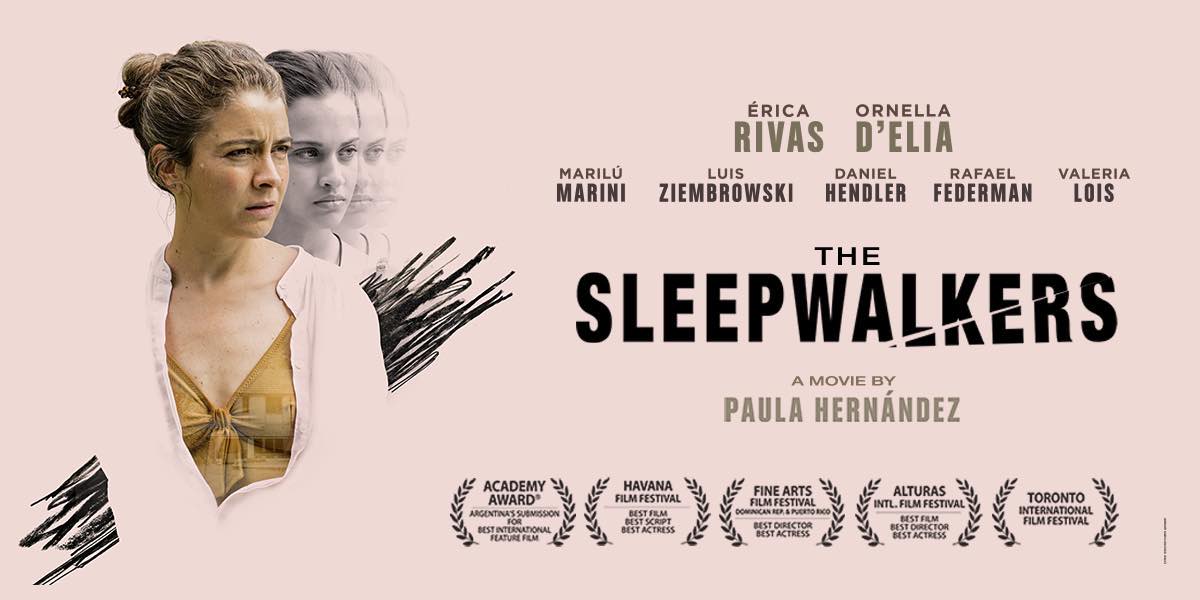 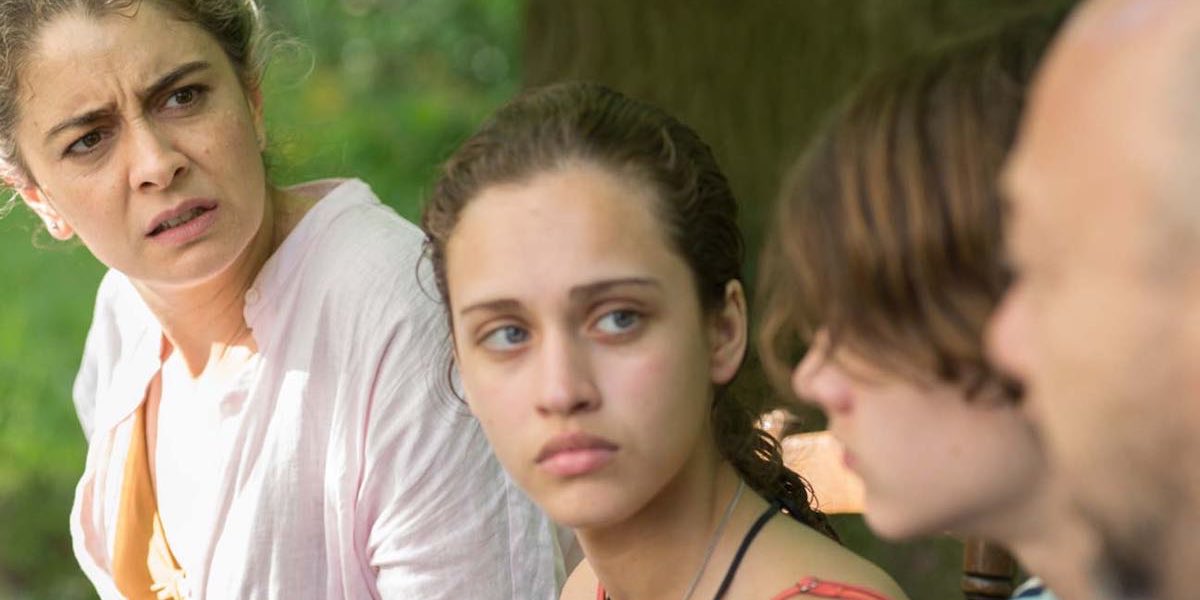 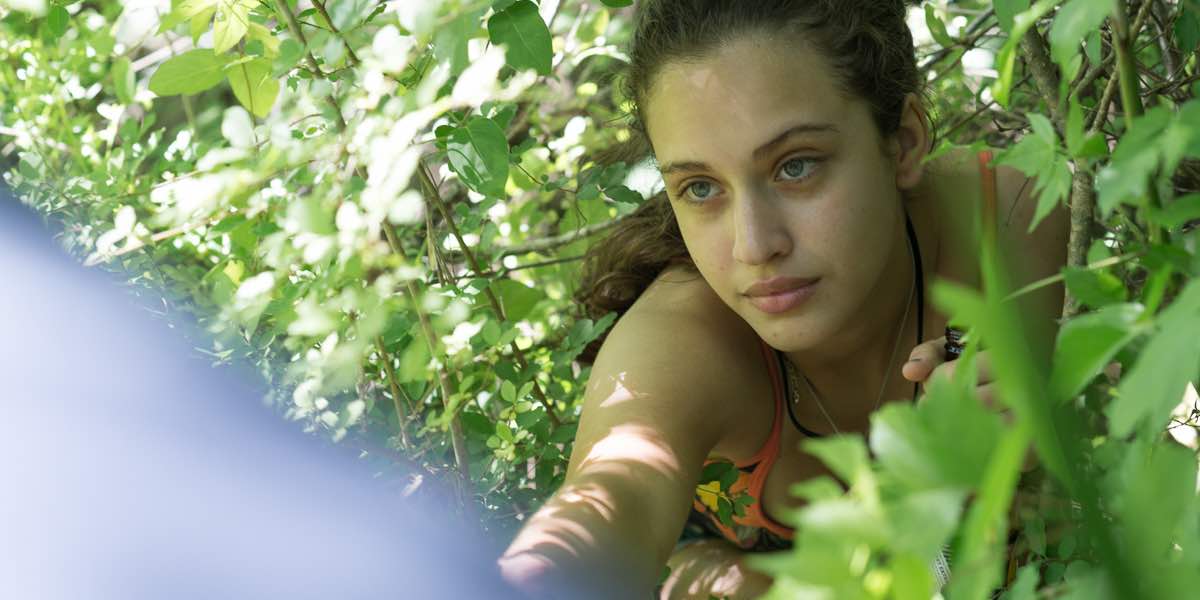 Following the path of Lucrecia Martel’s La Cienega, Paula Hernández places her film in that family reunion subgenre, focusing on the story between mother and daughter. Luisa, her husband Emilio, and their 14-year-old daughter Ana, are spending their New Year holiday visiting Emilio’s mother Meme at her country house, joined by Emilio’s brother and his family. Over the course of what was hoped to be a peaceful, summertime family vacation, multiple tensions – ranging from career worries to troubled adolescence, a possible selling of the house to myriad family problems – will gradually simmer into an explosion. Luisa and Ana in particular will face an awakening in the midst of a silent family crisis.

Featuring a skilled and brilliant Argentinian cast, including Erika Rivas (Wild Tales) and Luis Ziembrowski (One Love), who bring the requisite nuance and humanity to Hernandez’ rich script, The Sleepwalkers is an indelible portrait of a family in crisis, where desire and expectation clash when familial pressures push women to their limits. The film builds to a violent climax, but in its aftermath, we’re given the relief of knowing that, when chaos reigns, the parent-child connection at the center of this story holds. (Miami Film Festival)

“Hernandez deftly combines a coming-of-age drama with a finely observed portrait of a complex mother-daughter relationship and then wraps it all up in the bigger picture of a family sleepwalking towards disaster. The result is a multi-layered drama vividly brought to life by a well-cast ensemble.” – ALLAN HUNTER, Screen Daily

“With a feminine point of view, visual elegance, and performances always on point, The Sleepwalkers walks on a latent tension that never lets go.” – Juan Pablo Russo, Escribiendo Cine

“A film as bright as it is personal that demonstrates the virtuosity and skill of a great filmmaker.” – Cristina Aparicio, Cuadernos de Cine

“As a forensic examination of the fragile dynamics of family life, The Sleepwalkers is very strong...psychological burdens are explored by Hernández with delicacy, agility and not the slightest self-indulgence.” – Jonathan Holland, The Hollywood Reporter

“It's a somewhat chaotic look at the struggles of adolescence.” – Matthew St. Clair, The Playlist

Her first feature film, Herencia (2001), won among other prizes the award of Best First Feature in the national competition of first films in the Institute of Cinema and Audiovisual Arts of Argentina (INCAA). Lluvia (2008) won the Special Jury Prize and the Best Actress Award at the Huelva Ibero-American Film Festival and Best Film at Mannheim Film Festival.

The Sleepwalkers had its world premiere at TIFF (Platform Competition), and was selected among others for the San Sebastian Film Festival (HL), AFI Fest, Chicago International Film Festival, and Festival of the New Latin American Cinema of Havana, where it received the Coral Award for Best Film, Best Screenplay, and Best Actress. The film was Argentina’s submission for the Academy Awards’ Best International Feature Film category.

During those days of being “hemmed in by the open-air”, Luisa finds herself submerged in an existential rediscovery as a result of various situations that befall her family, especially with respect to the development of her daughter, Ana, and the unsettling commencement of adolescence. Growing, transforming, finding the right distance, living without certainty, and losing oneself in the relationship with one’s children. Treading the path of silence, surviving among toxic relationships, and finally confronting after a painful and irreversible act, despite her maternal instinct having given warning signals beforehand.

The Sleepwalkers has a family context but revolves around the points of view of Luisa and Ana, in this way establishing its aesthetic reasoning: it is from these two women, subsumed and impeded by this family – their family – of sleepwalkers (in the broader meaning of the word), that we immerse ourselves in the family quandaries.

The Sleepwalkers reflects on those relationships plagued by misunderstandings among those who converse, or by attempts to stabilize what can be seen to be disintegrating, in a myriad of obscurities of adulthood that permeate the sensitivity and vitality of the youngest.

This film was born from an intimate and profound examination of bonds. It is in those deep waters, in that pathology known as the family, that this film navigates.”