Between Fire and Water 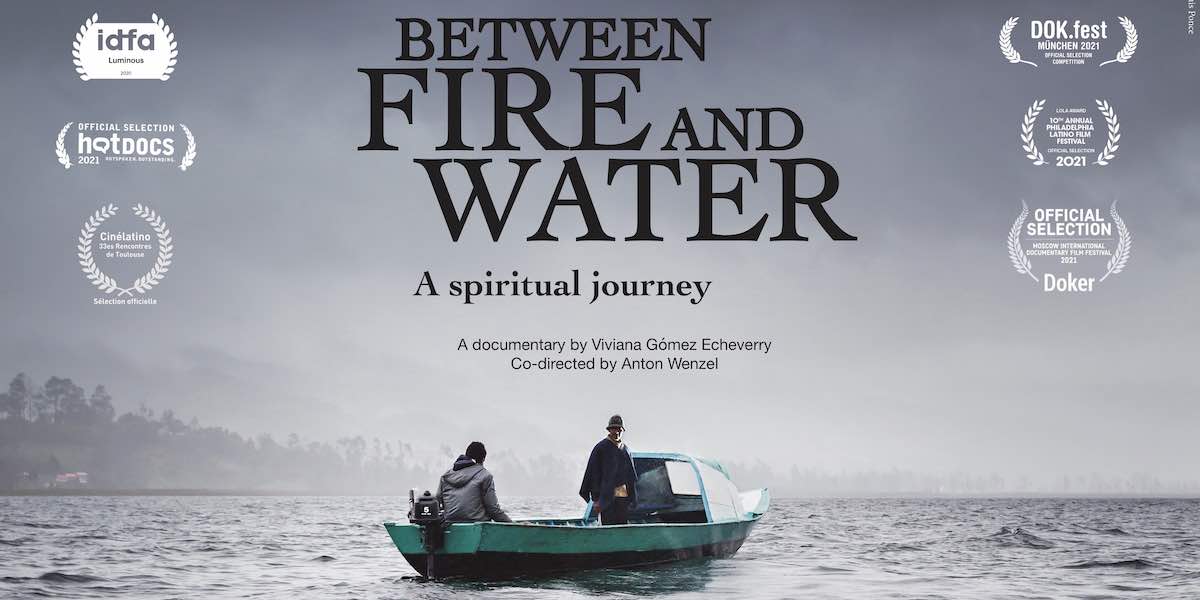 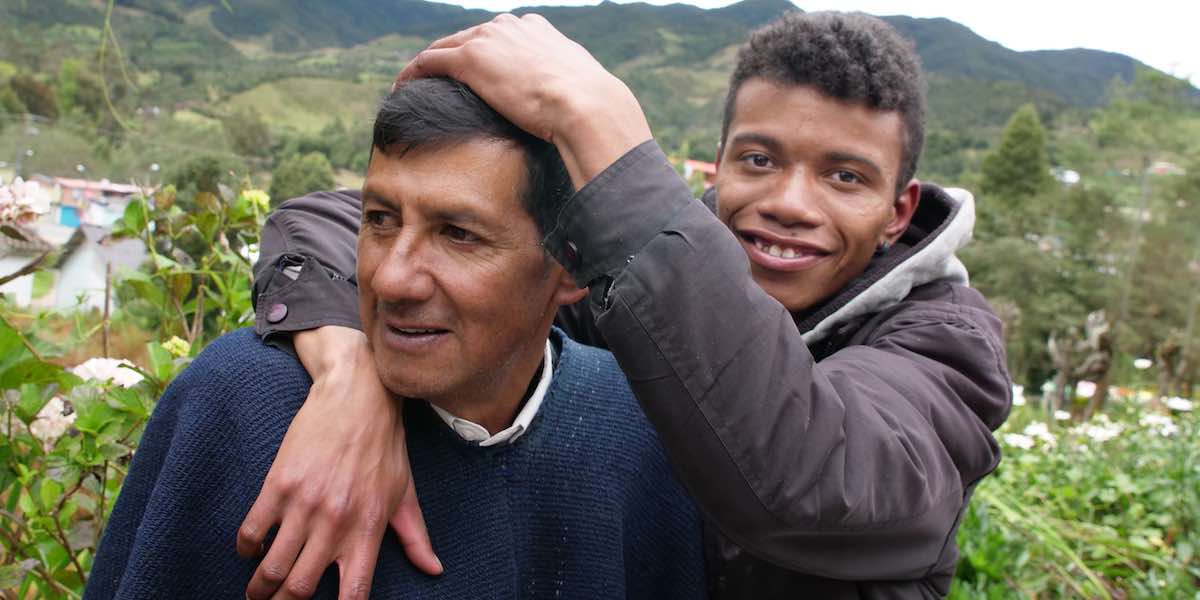 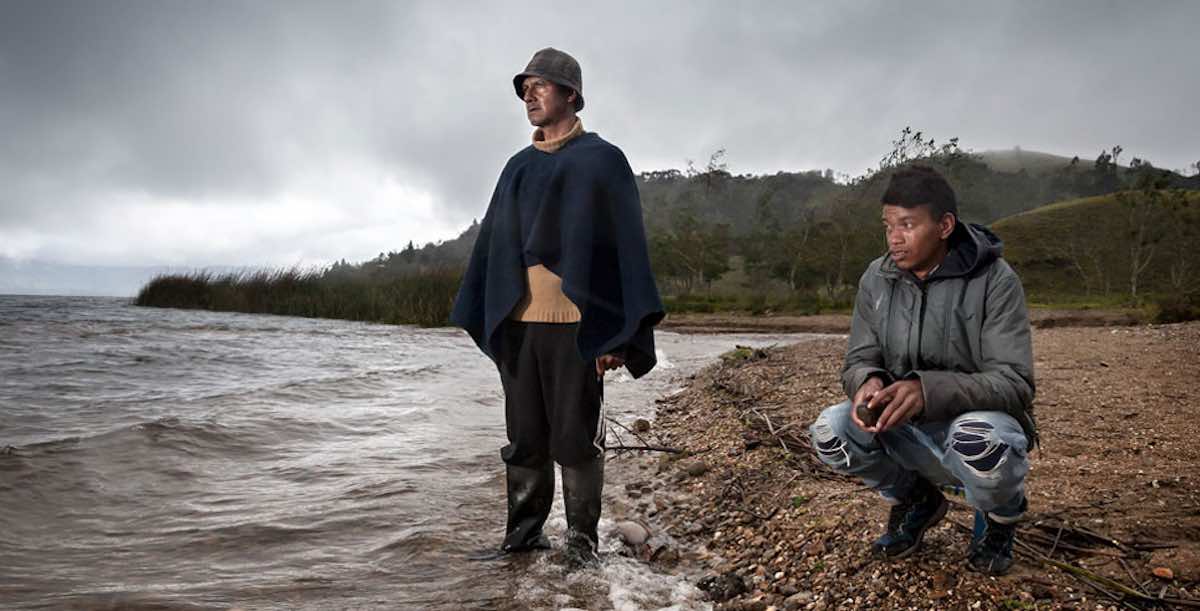 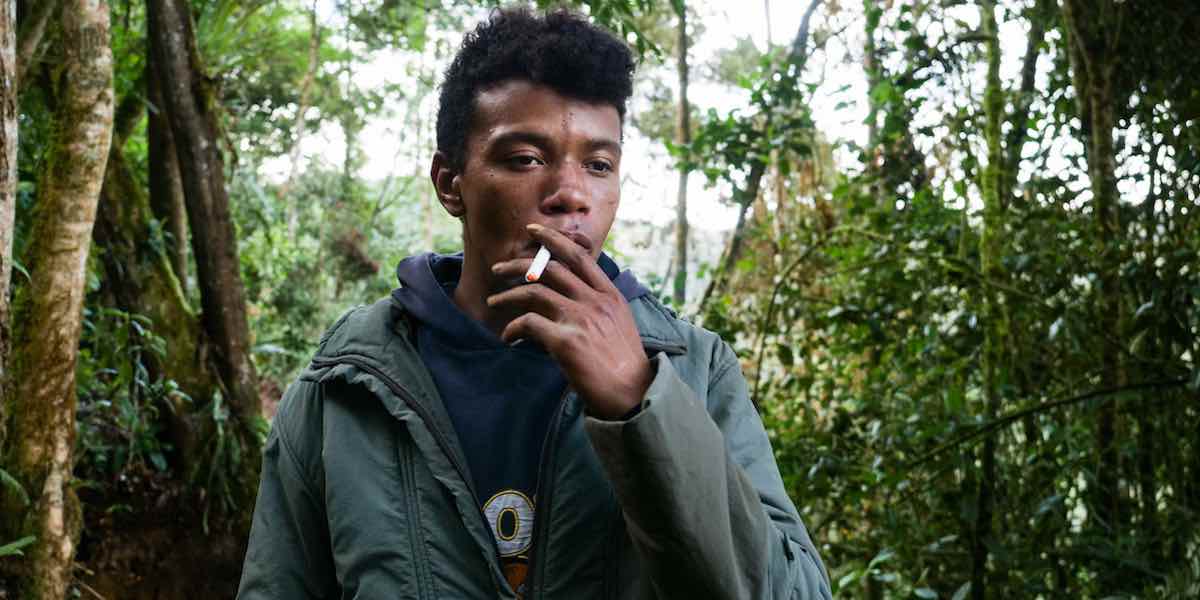 Camilo is a young black man adopted by an indigenous couple in rural Colombia. He is the only black person in his community and has always felt different. For years, he has been wondering about his biological parents. The indigenous Quillasinga-governor gives him Ayahuasca, a sacred remedy for spiritual guidance. During this transcendent experience, Camilo has visions of his biological mother. Supported by his adoptive father, Camilo embarks on a journey to find his true identity and understand his two races.

With unprecedented access to the Quillasinga tribe, Between Fire and Water uncovers the social structure and justice system of this indigenous community. This award-winning documentary invites the audience to witness the traditional values of the Afro-Latin and indigenous peoples, two minority groups in a region that has historically rejected both, through this profound and personal coming of age experience.

“With exquisite cinematography and a sensitive lens, the directors follow the path of father and son as they begin to reconnect Camilo to his roots and place of origin and build a bridge between his two very different worlds.” – Hot Docs Festival

“This film is highly recommended for any high school or adult group and should be widely available. Churches dealing with mission work, academics dealing with adoption, family, diversity, and racism, philosophers dealing with identity and belonging, and individuals interested in any of these areas would most likely find this a meaningful film.” – Joseph Baumstarck, Jr., University of Louisville, Southern Baptist Theological Seminary, Ivy Tech Community College, EMRO

Viviana Gómez Echeverry is a Colombian director and cinematographer. She studied Social Communication at the Pontificia Universidad Javeriana in Bogota, where she is a professor. In Spain, she specialized in cinematography and worked as DP for several documentaries. She wrote and directed short films Exotic Tropical and 16th Birthday, and co-directed the documentary Life Is Sacred, which premiered at CPH: DOX. Her first feature narrative film Keyla (2017) was an official selection at Warsaw International Film Festival and Curaçao International Film Festival Rotterdam.

Anton Wenzel is a German director, cinematographer, and editor for film and video currently based in Cologne, Germany, and Bogotá, Colombia. He directed various short movies and edited many short and mid-length narrative films and documentaries. His work has been screened at festivals around the globe e.g. the Berlin International Film Festival (Berlinale), the Hamburg International Short Film Festival, and the Barranquilla International Film Festival. Furthermore, he has worked as an editor in advertisement and for Colombian television.

“Between Fire and Water is a reflection of identity through the main character’s search: Camilo has Afro-DNA but was raised as indigenous since he was a baby. This is explored and portrayed through the relationship between Camilo and his indigenous father, who supports and loves him unconditionally, even if his son’s search for his origins and his “true” family hurts him.

Since I started working on this project, I have met people of different nationalities, who are in a situation similar to Camilo’s. Adoption is increasingly common and crosses borders; there are Latino children living in Canada and the USA, African children growing up in Europe, etc. Despite having a caring adoptive family, they may never lose the feeling of being incomplete for not knowing such a vital part of their cultural heritage. The global phenomenon of human displacement brings similar feelings to many people on this planet. This documentary seeks answers to existential questions like Where do I come from?, Where do I belong?, and Who am I?”