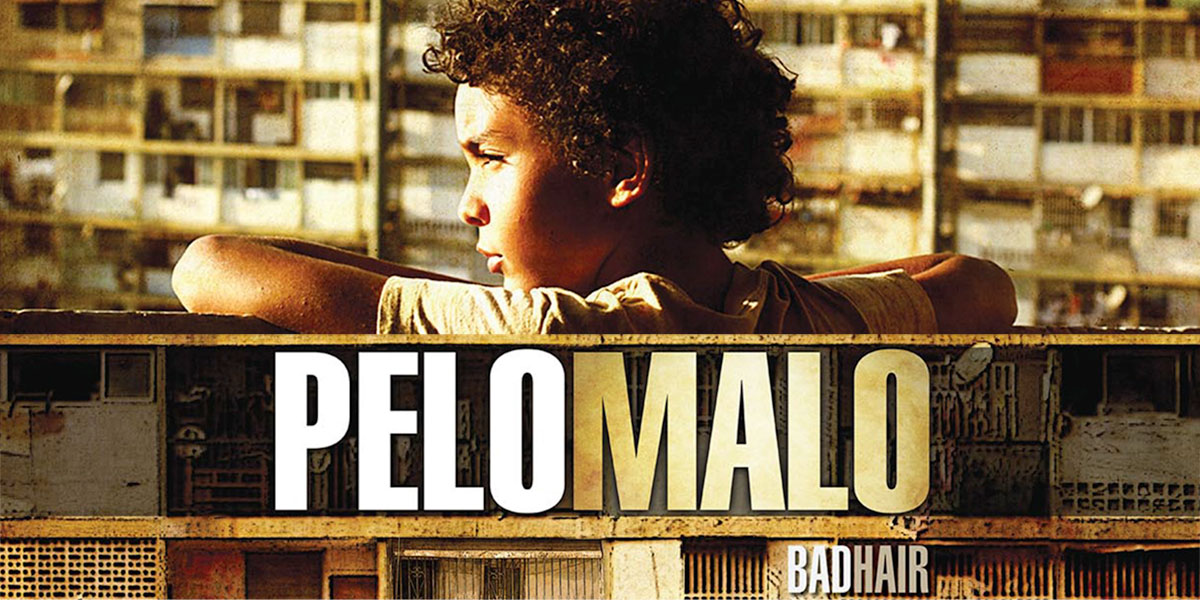 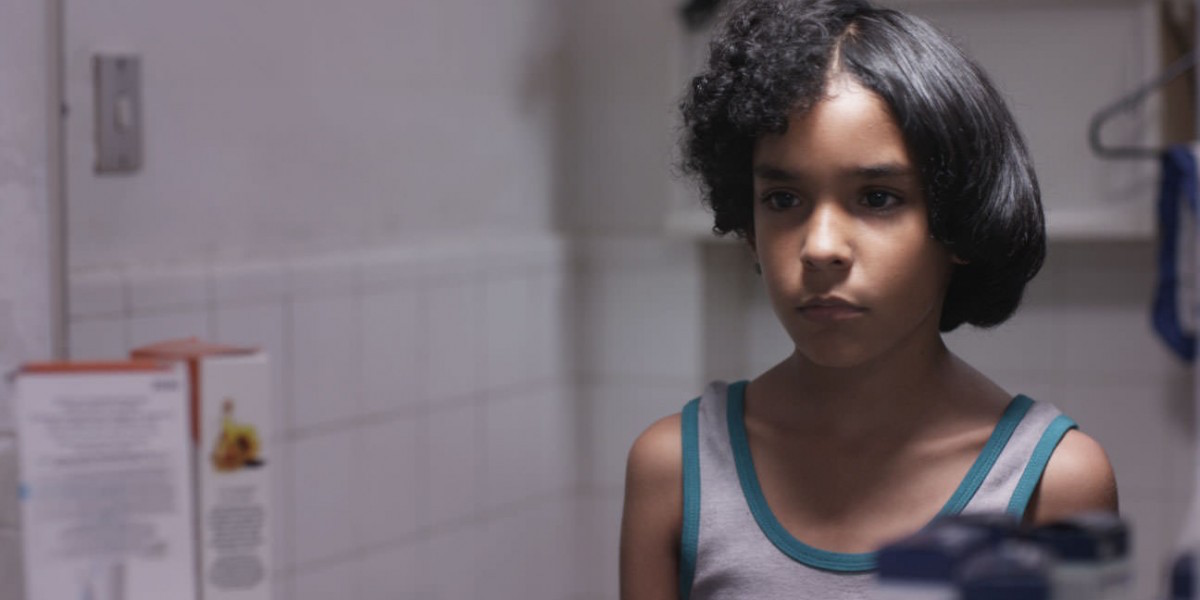 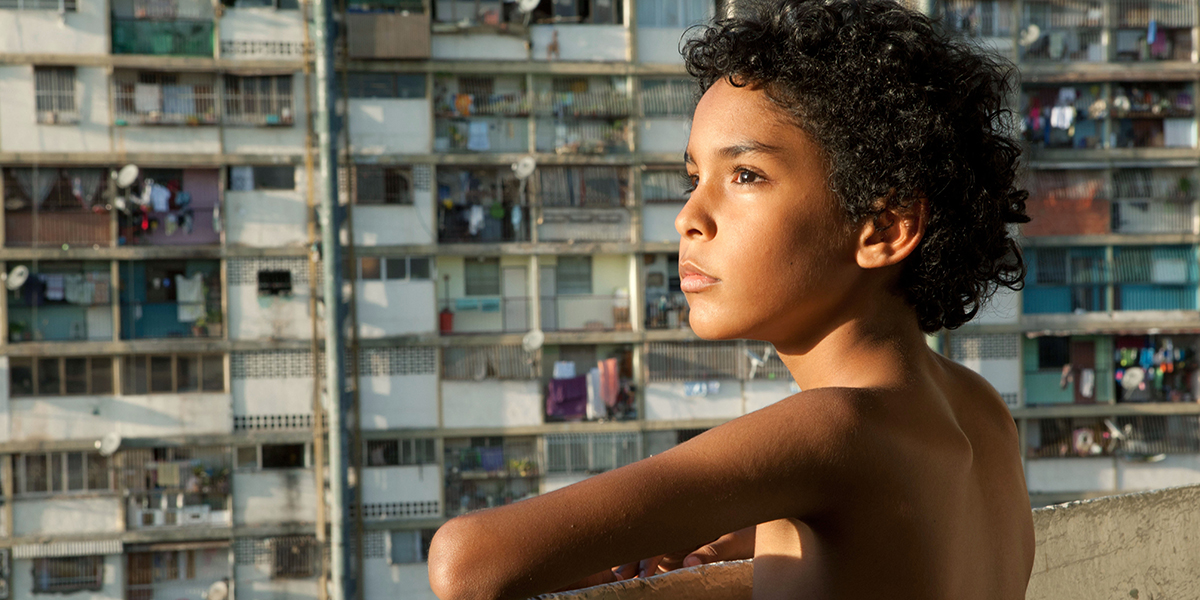 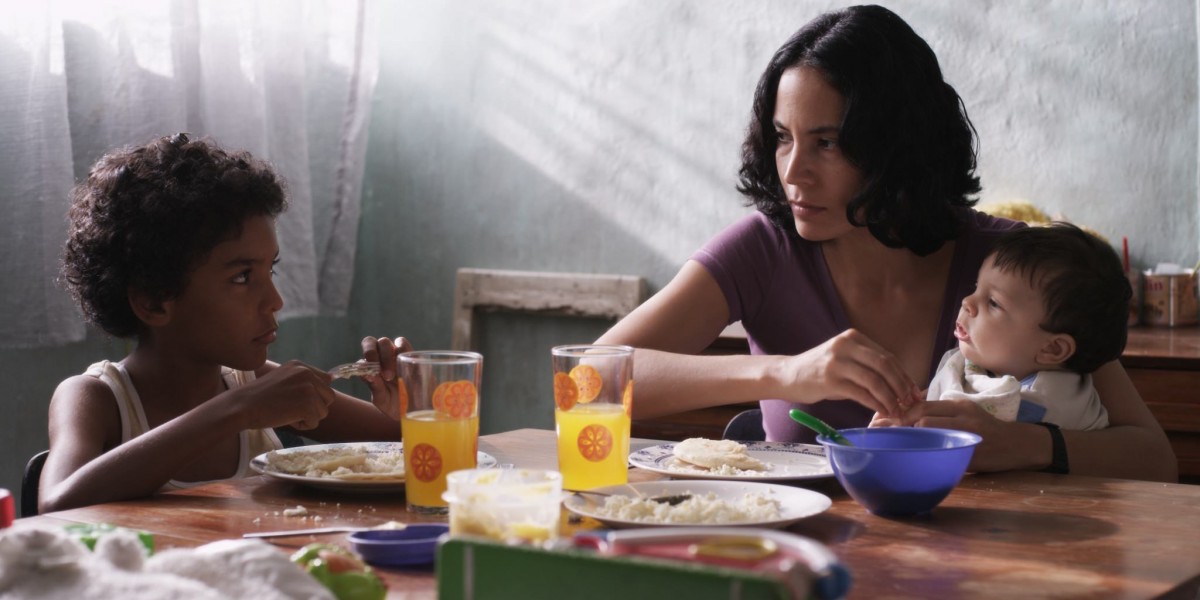 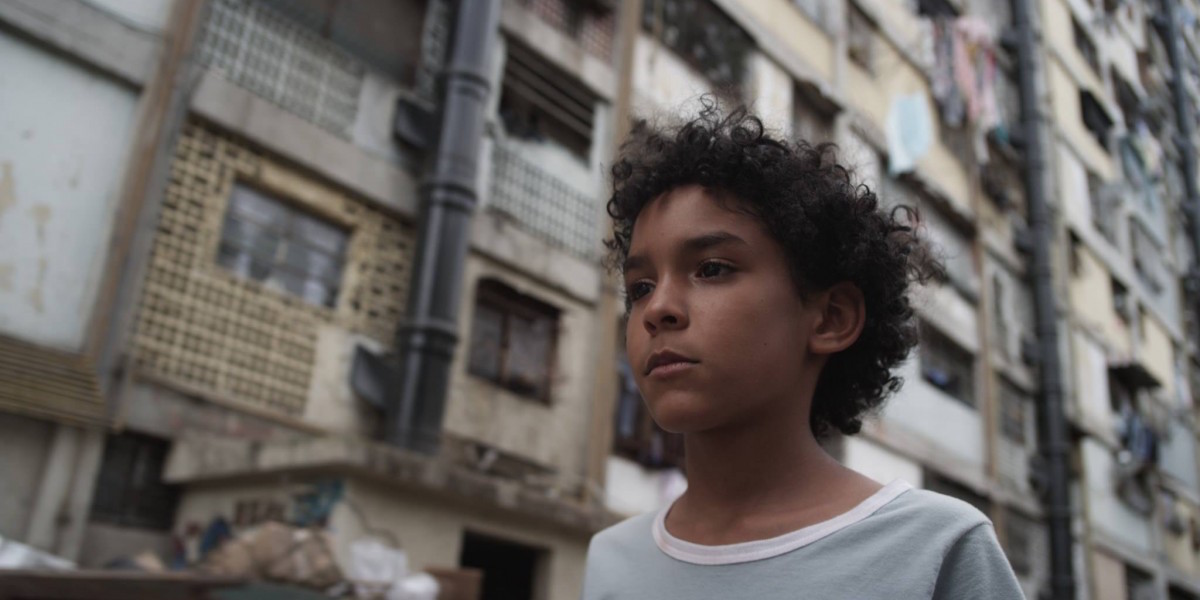 A nine-year-old boy’s preening obsession with straightening his hair elicits a tidal wave of homophobic panic in his hard-working mother, in this tender but clear-eyed coming-of-age tale. Junior is a beautiful boy, with big brown eyes, a delicate frame, and a head of luxurious dark curls. But Junior aches to straighten those curls, to acquire a whole new look befitting his emerging fantasy image of himself as a long-haired singer. As the opportunity approaches to have his photo taken for the new school year, that ache turns into a fiery longing. Junior’s mother, Marta (Samantha Castillo), is barely hanging on. The father of her children has died, she recently lost her job as a security guard, and she now struggles to put a few arepas on the table for Junior and his baby brother.

Junior doesn’t even know yet what it means to be gay, but the very notion prompts Marta to set out to “correct” Junior’s condition before it fully takes hold. This is a story of people doing what they feel they have to, partly out of fear, but also out of love.

“…bold and intelligently perceptive film…Rondon’s enthralling Bad Hair certainly challenges your prejudices; your thoughts on Junior’s identity after watching this provocative and gripping film may very well be a reflection of such. That was director Rondon’s intentions, after all, accomplished with aplomb. Buoyed by instinctive performances (especially the powerful Samantha Castillo as Junior’s mother Marta) and an unnerving score, Bad Hair may just be this year’s festival foreign sleeper hit.” – Vanessa Martinez, INDIEWIRE

“Rondon (Postcards From Leningrad) does a superb job of handling Junior’s embryonic instincts, partly manifested by a pre-sexual attraction to a kiosk vendor he spies from his window.” – Jay Weissberg, VARIETY

“The most endearing film I saw out of 36 films [at the Toronto International Film Festival] was Bad Hair.” – Kent Turner, Film-Forward.com

“Bad Hair is a riveting and gripping domestic drama that simmers to a boil and it is heartbreaking in many ways. Rondon manages to capture both the wide-eyed innocence of childhood and the grating sound of that innocence scraping against the harsh realities of economically oppressive urban life.” – Brandy Dean, Pretty Clever Films

“A wonderful film. The characters were engaging, the plot well developed and very adept for a film festival. It definitely impacted students in the audience; faculty have been reading a lot of student papers related to the film. The post-screening discussion was the most productive we had during the entire festival due to the topics discussed: gender, sexuality, urban living, family relations, etc. — all very relevant and current.” – K. Angelique Dwyer, Assistant Professor of Spanish & Latin American Studies, Gustavus Adolphus College

In Plastic Arts, Rondón’s robotics installation You Came With the Breeze (Fundación Telefónica Award) has been exhibited in Caracas, México City, Puebla, Gijón, Lima, Santiago and Beijing as part of the Olympics Cultural Project, 2008. She is presently working on the Interactive installation Superbloques.

One of the first images that came to me for this movie was a large multi-family building and the thousands of stories that take place behind those walls: heat, nudity, precariousness, fragility, sensuality, sex, violence, family, mother, child. The little, intimate stories I imagined grew more complex and so my characters were born.

They are helpless characters. Wounded and hurtful adults, and children who are learning how to hurt. Marta, the mother, focused on survival, teaches her son Junior to survive just like her, without resources, without freedom. But Junior is different, he fights with everything he’s got for his desire: to
straighten his hair and to dress as a singer for a picture he wants to give his mother: a picture that would show him as he wishes to be seen.

Caracas is also hostile to them, a city of urban, political and family violence. Dreams encapsulated in multi-family buildings- the result of Le Corbusier’s “Utopian city” project in the 50s- now turned into massive vertical hells.

I want to talk about intolerance in a social context that is riddled with dogmas, which don’t embrace otherness, where public affairs extend to the private life of its’ inhabitants, highlighting their differences, be they social, political or sexual.