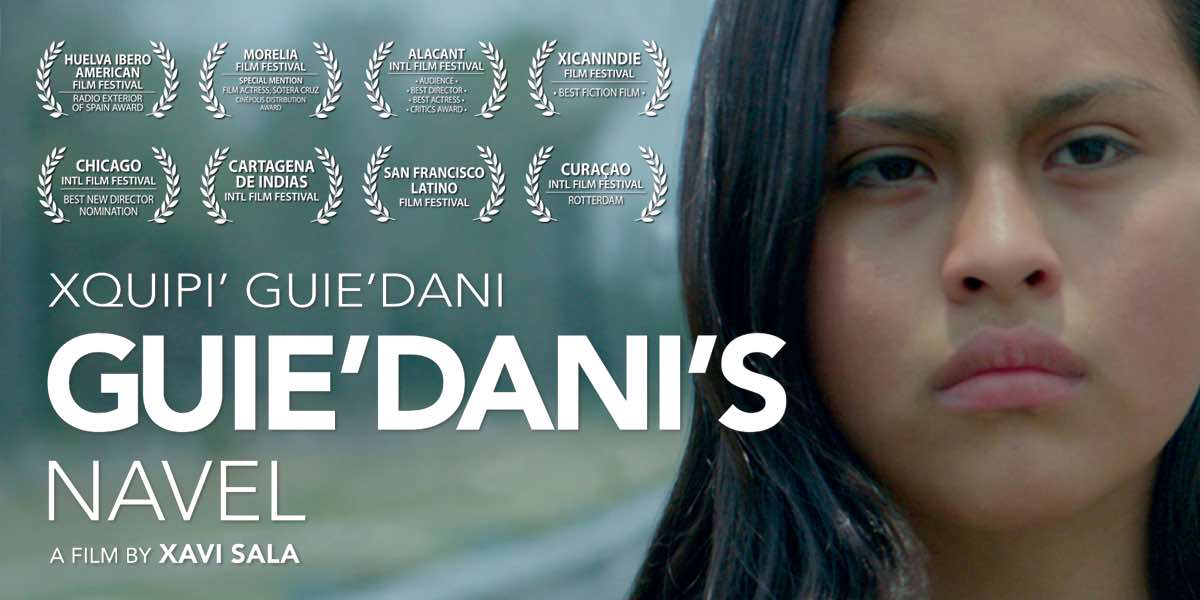 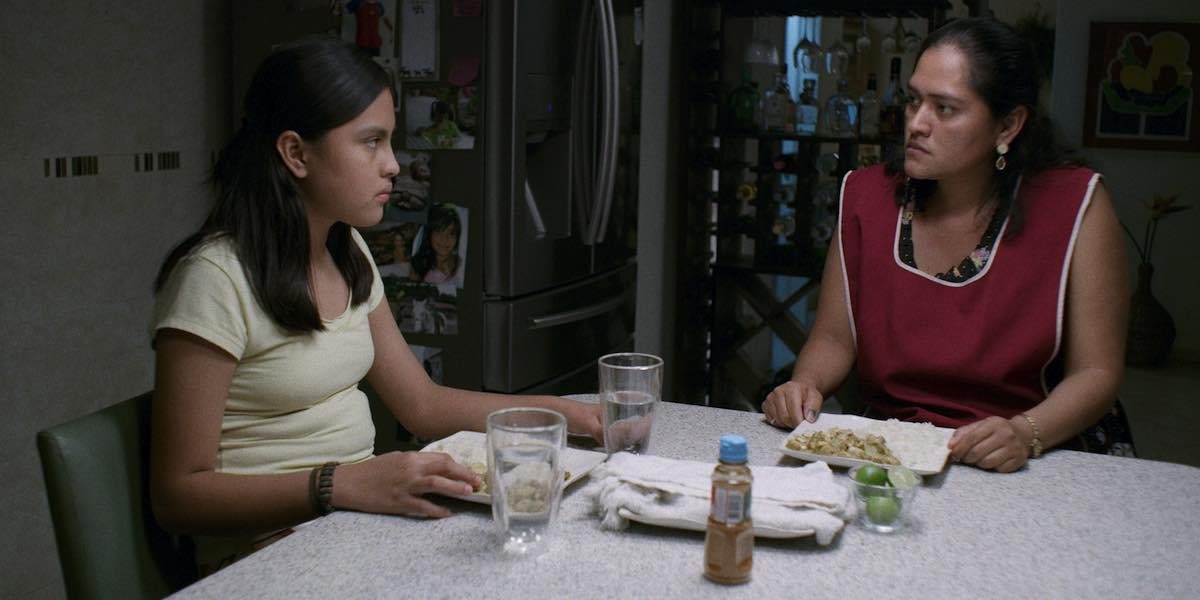 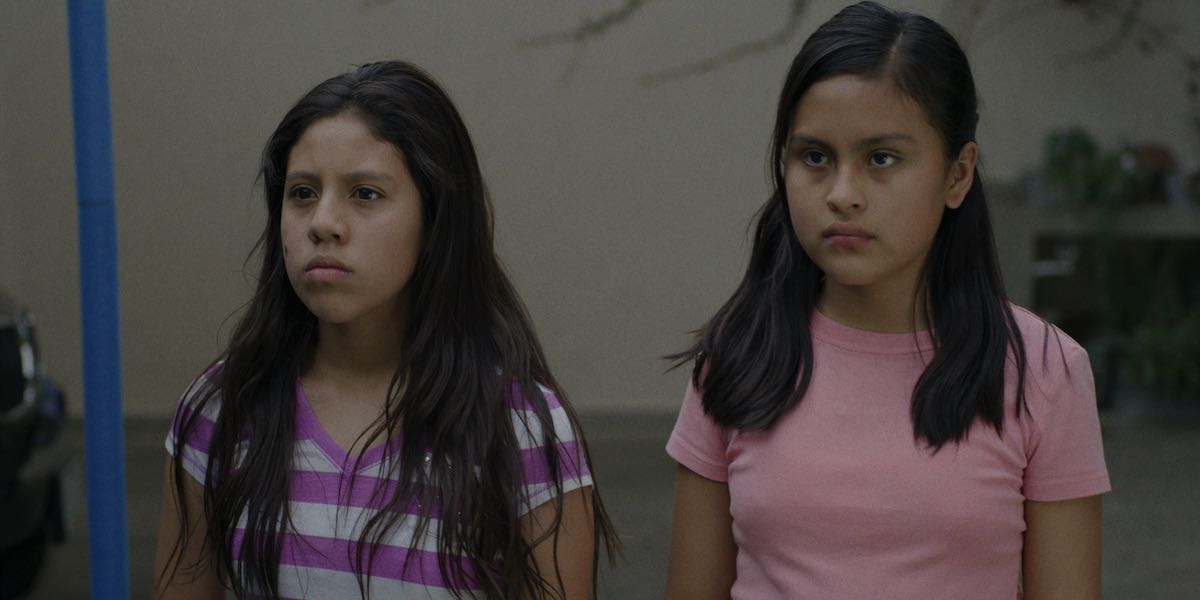 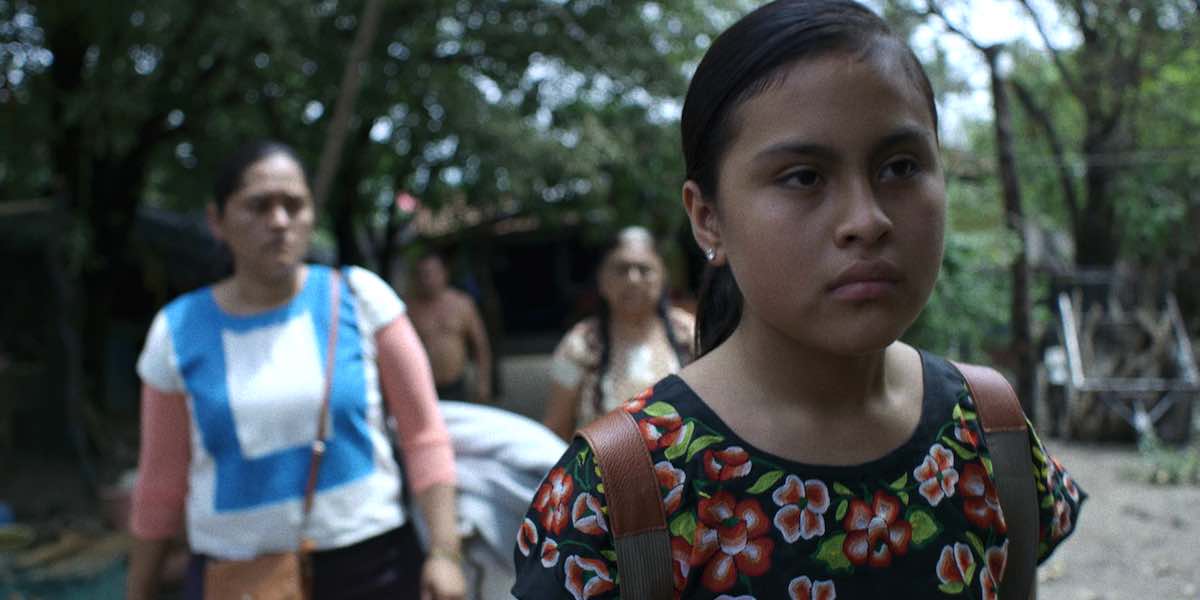 This Time Tomorrow(Mañana a Esta Hora)Lina RodriguezBogotá, Colombia. 17-year-old Adelaida lives with her parents Lena, an event planner, and Francisco, a sculptor and art teacher. Together, they enjoy a ...

Zapotec and Spanish with English subtitles

In a star-making performance, Sótera Cruz brings razor-sharp intensity to her portrayal of Guie’dani, a Zapotec girl determined to fight for her dignity.

Guie’dani is dragged to Mexico City by her mother to help in her work as a housekeeper for an upper-middle-class family. There, the subtle psychological subjugation inflicted by the white family functions as a metaphor for the oppression of the old world by the new. Yet, Guie’dani rejects the life of servitude and seeks her own identity through a friendship with another rebellious teen.

A striking contrast to Alfonso Cuarón’s Roma, Guie’dani’s Navel is a unique coming-of-age narrative exploring the racism inflicted on indigenous people in Mexico and the empowerment of a new generation that refuses to accept it silently.

“Sincere performances and thoughtfully written characters having profound interactions with one another. Suitable for audiences of a wide age range, it has immense potential for fostering discussions about discrimination (including same-race discrimination), casual and overt racism, classism, identity, cultural differences, wealth disparity, privilege, and more. It is highly recommended.” – Dorian Bowen, Archivist/Film Historian, EMRO

“The antithesis of the portrayal of a maid maintaining and fulfilling her expected role in society as depicted in the movie Roma.” – Carlos Bonfil, Diario La Jornada

“Alongside Roma and The Chambermaid, Guie'dani's Navel breaks with a certain type of idealized and false representation that until recently was the norm in Mexican cinema.” – Fernanda Solórzano, Letras Libres

“The movie manages to show certain behaviors that have become normalized, but in reality, these are clear signs of racism that we have allowed to become ingrained in our traditions.” – Elizabeth Limón, En Filme

Xavi Sala graduated in Journalism and is a screenwriter, director, and film producer. His short film Hiyab was nominated for the Goya Awards. His nine short films have participated in many festivals around the world, receiving more than 80 awards. Sala has teaching experience imparting international script workshops in Latin America, Spain, and Africa.

Xquipi’ Guie’dani (Guie’dani’s Navel) is his first feature film as a director. It has been selected in more than 30 festivals and it has won 9 awards, including ​Special Mention Award for Mexican feature film actress at the Morelia Film Festival (Mexico), and Radio Exterior of Spain Award at the Huelva Iberoamerican Film Festival (Spain).

“Guie’dani’s Navel is a film that deals with identity, classism, hidden racism and discrimination against indigenous peoples in the Mexican society of today. We understand identity as the set of values, symbols, beliefs, and customs of a culture -in this case, the Zapotec culture- but which can be applied to all other cultures around the world. The Mexican people don’t see that they don’t see.”