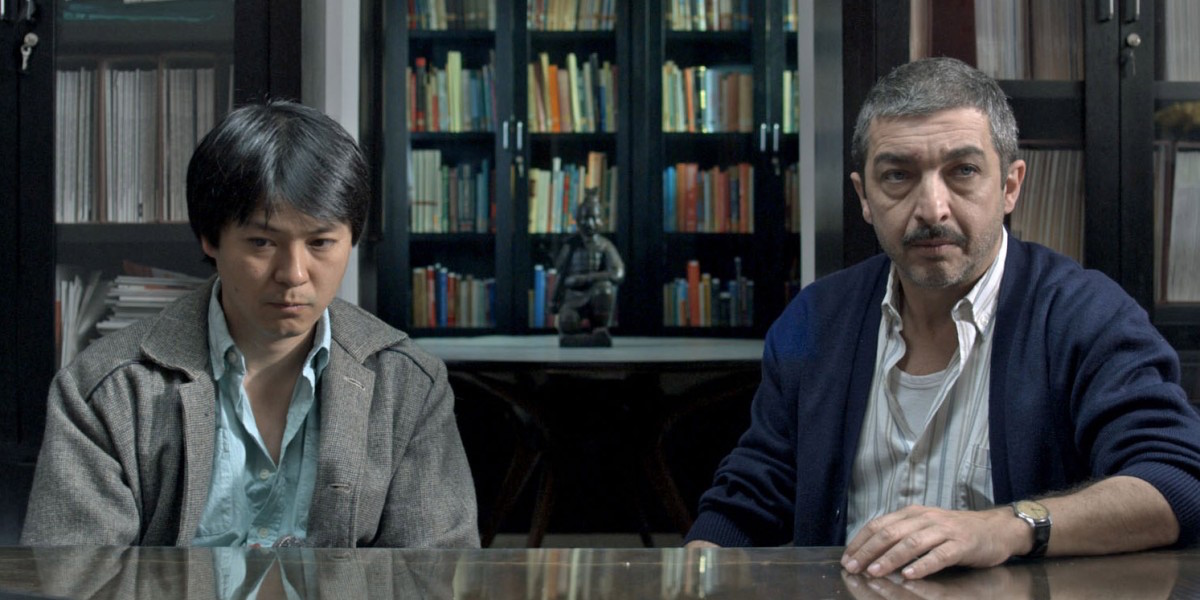 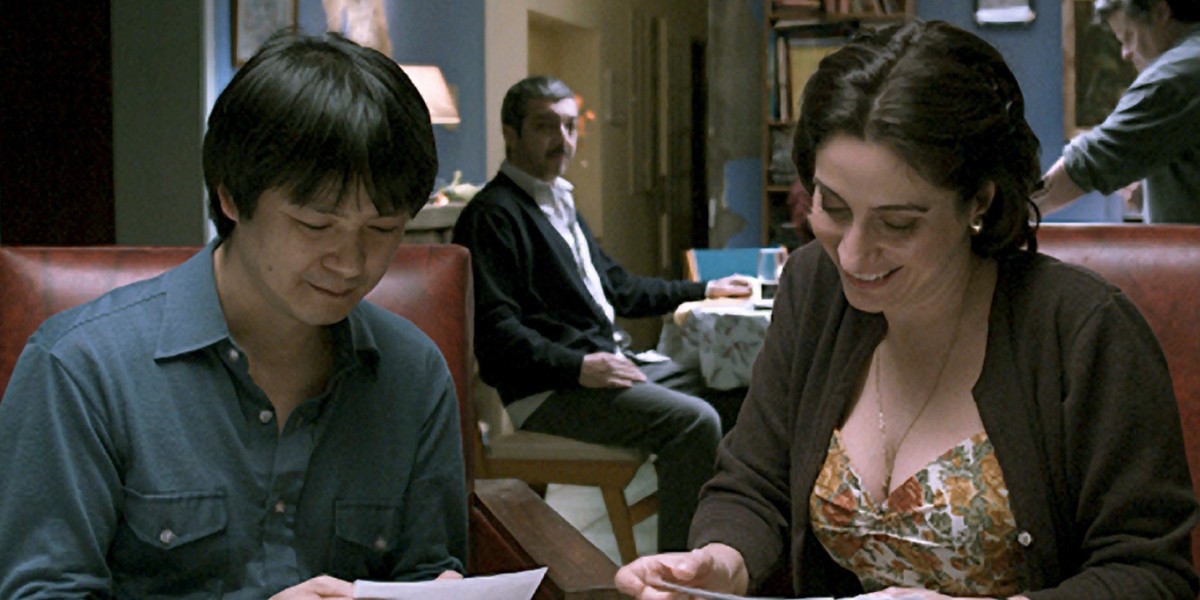 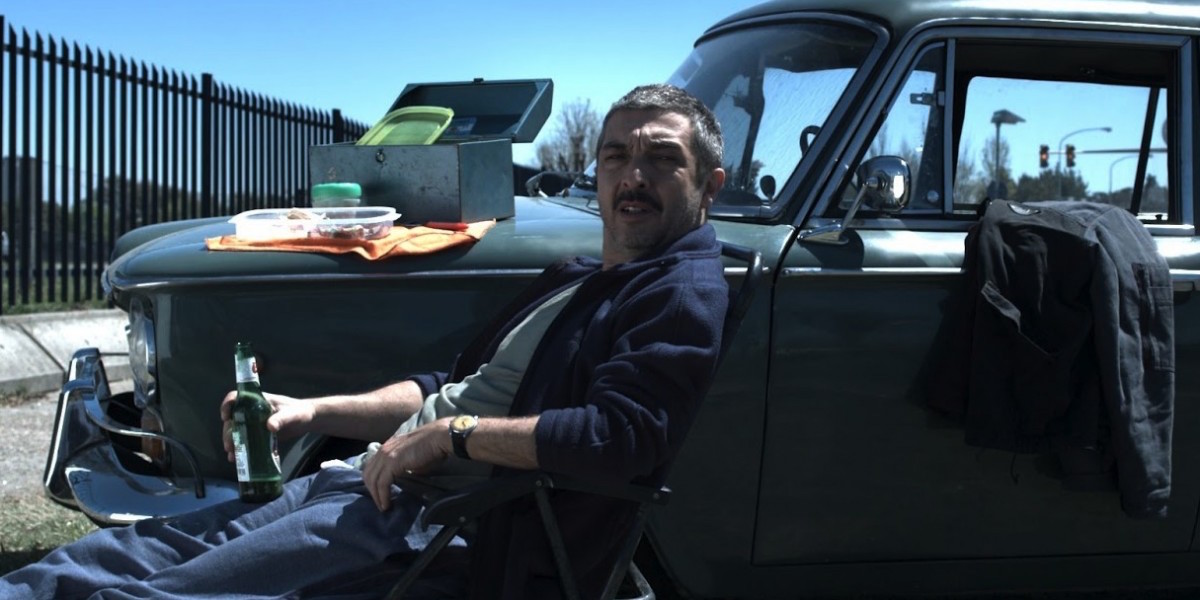 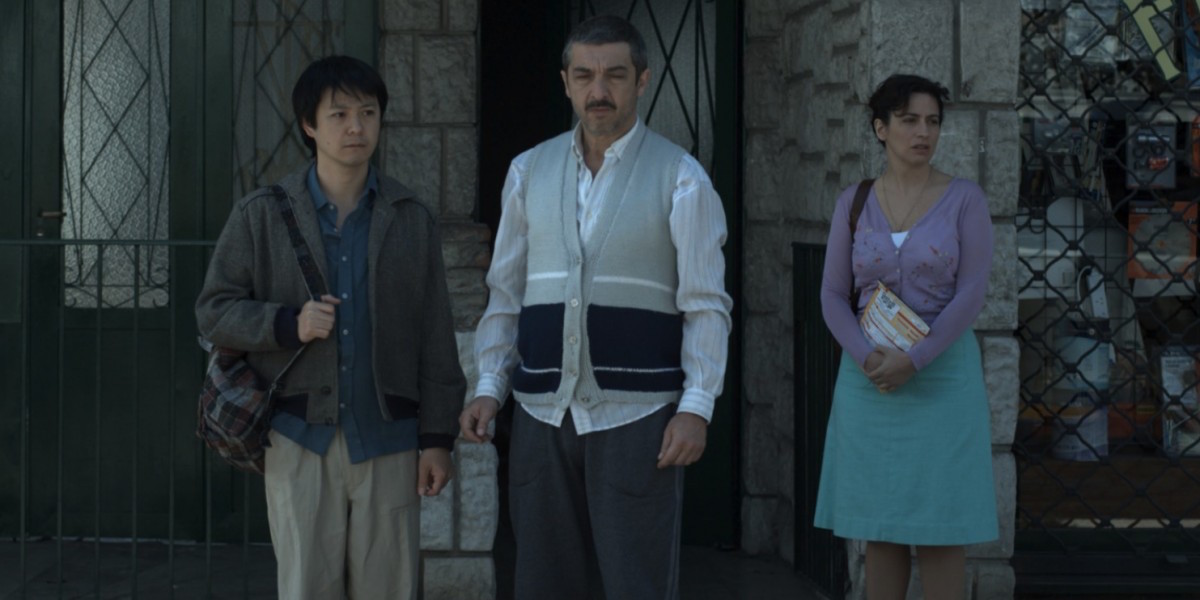 Argentina’s national treasure, Ricardo Darín, is best known for his intense dramatic performances in films such as Nine Queens, The Aura, and the Oscar-winning The Secret in Their Eyes, but his brilliant comic timing in this instant classic helped make Chinese Take-Away the biggest home-grown box office success of 2011 in Argentina. Darín plays Roberto, a gruff, anti-social loner who lords over his tiny hardware shop in Buenos Aires with a meticulous sense of control and routine, barely allowing for the slightest of customer foibles. After a chance encounter with Jun, a Chinese man who has arrived in Argentina looking for his only living relative, Roberto takes him in. Their unusual cohabitation helps Roberto bring an end to his loneliness, but not without revealing to the impassive Jun that destiny’s intersections are many and can even explain the film’s surreal opening sequence: a brindled cow falling from the sky.

CHINESE TAKE-AWAY IS ONE OF THE MANY FILMS INCLUDED IN THE CATALOGUE OF SPANISH FILM CLUB. SFC AFFILIATED UNIVERSITIES CAN TAKE ADVANTAGE OF A SPECIAL PRICE OF $99 IF THE TITLE HAS BEEN INCLUDED IN THEIR SFC FESTIVAL. PLEASE CONTACT SFC STAFF AT FILMCLUB@PRAGDA.COM FOR MORE DETAILS.

WHAT SFC AFFILIATED UNIVERSITIES ARE SAYING
“I could “feel” the audience. They roared with laughter and did not hesitate to tell me how much they loved it afterwards. There was no shortage of conversation.” – Catherine Morabito King, Professor of Spanish, Nipissing University

“People were enthusiastic about this film. They all seemed to enjoy the comedy and its dark humor. It was nice to show a movie on cultural differences.” – Sara Villa, Assistant Professor of Spanish, The New School

“This was [a] crowd pleaser and wonderful addition to a film festival line-up. The audience also reacted positively to the film: gasping, clapping, and laughing during different instances of the film. After the screening, discussion revolved around multiculturalism in Argentina and South America, in particular, as well as stereotypes and tolerance regarding Asian immigrants. Attendees were struck by the non-subtitling of certain parts of the film in order to create empathy.” – K. Angelique Dwyer, Assistant Professor of Spanish & Latin American Studies, Gustavus Adolphus College

Borensztein was one of the most successful and prolific TV producers, directors, and writers in Argentina. He created nearly a dozen TV series, including El Garante, which won four Martin Fierros and a nomination for the international Emmy. In 2000, Borensztein won the Konex award recognizing him as one of the five best directors of the decade in Argentina. That same year he created the seriesTiempo Final, which broke records for rating and has been transmitted in more than 50 countries. It has been sold to Fox Television for Latin America, and for remakes in Spain, Russia, and Israel among others.Tiempo Final was also nominated for an international Emmy.

“****(FOUR STARS.) Many really good films allow us to empathize with other lives. I became invested in Roberto and shared his curiosity about the enigmatic Jun. I cared. The film deserved my care.” – Roger Ebert, CHICAGO SUN TIMES

“Chinese Take Away is one of those movies that you can enjoy repeatedly discovering new shades beyond black humor, such as friendship, love, or loneliness.” – VIVELO HOY

“A genuinely touching story that, with its themes of cultural conflict and language barriers, should resonate deeply with audiences.” – Ciara LaVelle, MIAMI NEW TIMES

“This was [a] crowd pleaser and wonderful addition to a film festival line-up. The audience also reacted positively to the film: gasping, clapping, and laughing during different instances of the film. After the screening, discussion revolved around multiculturalism in Argentina and South America, in particular, as well as stereotypes and tolerance regarding Asian immigrants. Attendees were struck by the non-subtitling of certain parts of the film in order to create empathy.” – K. Angelique Dwyer, Assistant Professor of Spanish & Latin American Studies, Gustavus Adolphus College