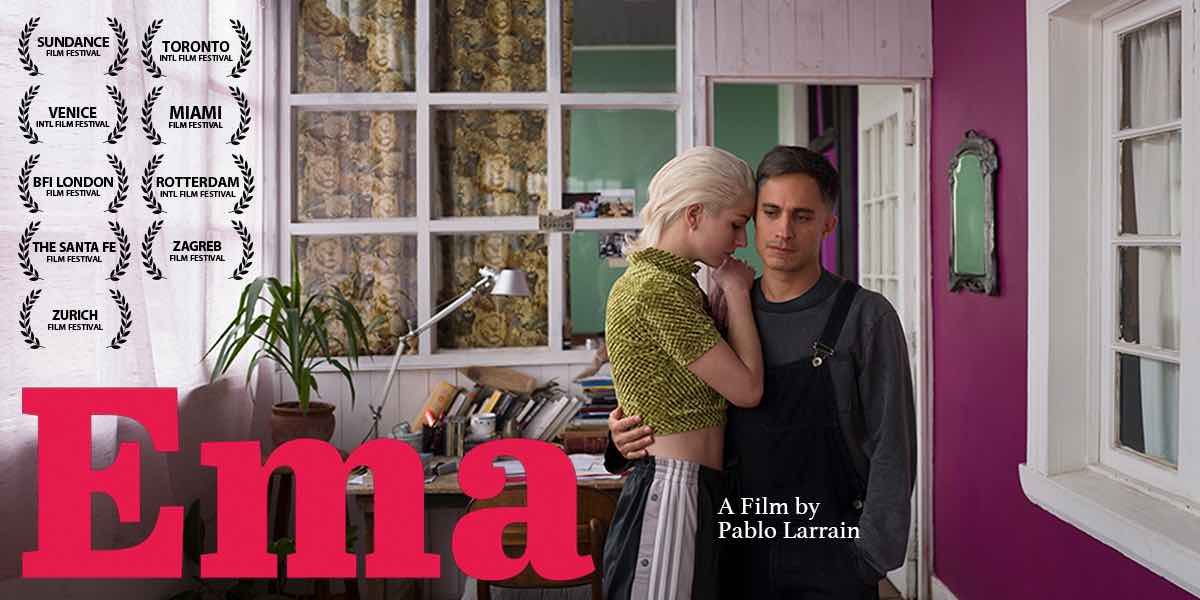 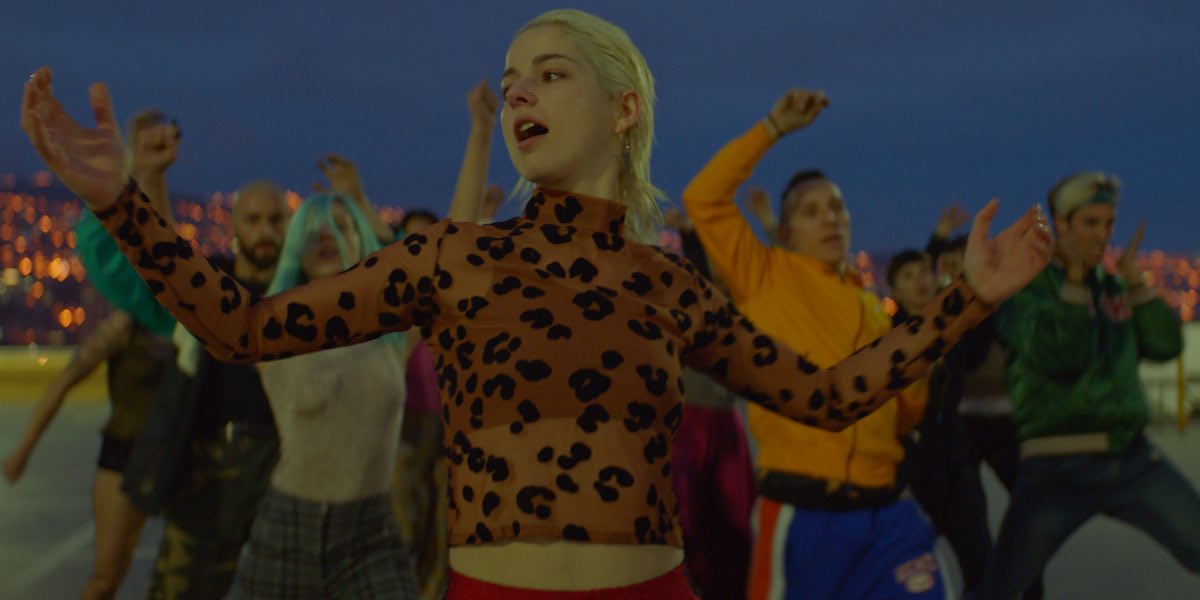 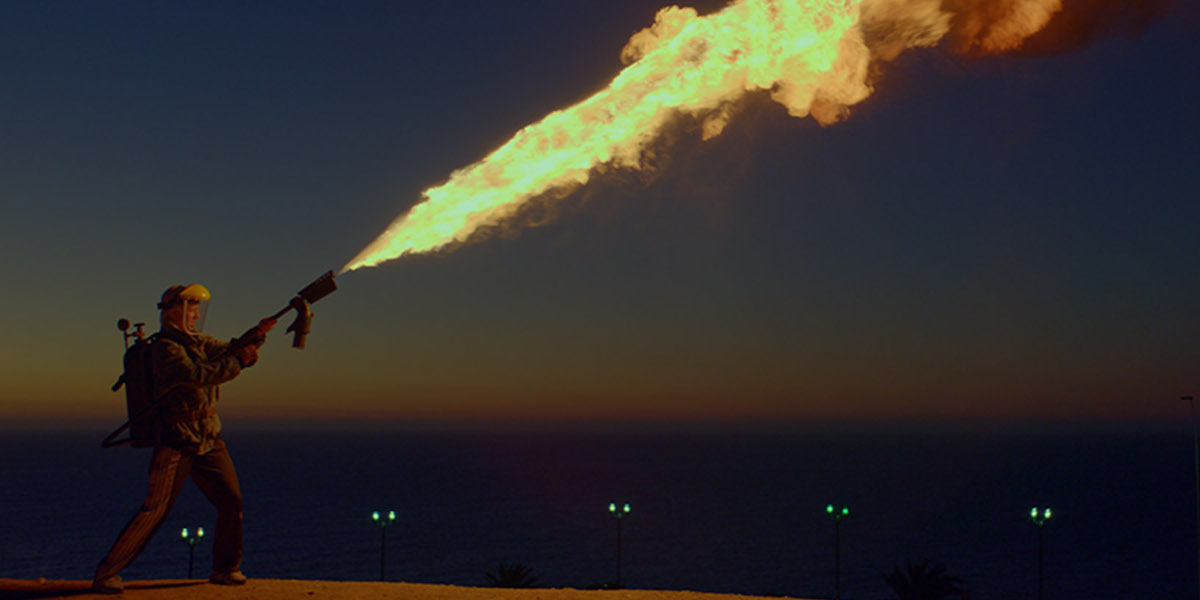 Adoptive parents Ema (Variety’s 10 Latinxs To Watch 2020’s Mariana Di Girolamo) and Gastón (Gael García Bernal) are artistic free spirits in a contemporary dance troupe whose lives are thrown into chaos when their adopted son Polo is involved in a shockingly violent incident. As her marriage crumbles in the wake of the couple’s decision to reverse the adoption, Ema embarks on an odyssey of liberation and self-discovery as she dances and seduces her way into a daring new life.

Centering on the sinuous, electrifying art of reggaeton dance, Ema is an incendiary portrait of a lady on fire, the story of an artistic temperament forced to contend with societal pressure and the urge to conform. From one of Chile’s greatest living filmmakers, Pablo Larraín, comes a psychologically acute exhumation of Latin American life under restriction featuring an unforgettable heroine who is determined to move freely through the world, as she electrifies everyone and everything around her.

“One of the year’s most dynamic and electrifying films.” – David Ehrlich, INDIEWIRE

“Ema is a woman of extremes, and as thus, is a rare, welcome departure from portrayals of women and motherhood we often see.” – Nicholas Bell, IONCINEMA

“Larraín certainly deserves credit for refusing to play it safe at this stage of his distinguished career.” – David Rooney, Hollywood Reporter

“A bizarre, colorful, pulsing, bonkers, and utterly invigorating cinematic experience. Part melodrama, part dance film, it defies categorization and even explanation: like dance itself, it has to be experienced to be understood.” – Alex Heeney, Seventh Row

“Relationships, love, sex and the concept of the family are all given an exhilarating update—yet, far from didactic, Ema instead imbeds these progressive ideas into a similarly expansive, open, willfully undefined aesthetic.” – Elena Lazic, Filmmaker Magazine

“The world of adoption is very particular. It’s a world full of generosity, I think. But I discovered that there is a part of that world that is very painful, the so-called “failed adoption.” That was the starting point… Adoptions in general, not only those [which] fail, are very idealized. There can sometimes be a lot of issues and problems; many times, it is complicated and painful. When you’re a father or a couple and you want to adopt someone, you go through a test, checking boxes, like “How old are you? What is your sexual orientation? How much money do you make? Do you have other children? What’s your past? How do you live? What environment would the child live in?” We tried to create a couple that was complicated for the system. In such cases, you’re likely to get an older child who might have a past of abuse or some kind of trauma, which brings another layer of complications. We slowly built the journey from that starting point.”

I think movies are defined more by their tone and atmosphere than by anything else. The way you achieve that is through finding a tone with all the tools that you have—camera movements, framing, use of color, music—then basically hiding all the narrative ideas that are there, which are very simple, so that the movie is sweating something. This sweat is the water and the element that the audience will eventually absorb…Mystery is the key of cinema. Even if something is being told, there is an element of mystery. Everyone in the audience can see the movie and determine what they ultimately saw according to their own perspective. So you work with the audience’s biography, their background, their ethics, their aesthetics. That’s probably the most ambitious thing that this movie does—it tries to be a different piece of cinema for each viewer, depending on how the viewer connects to what they saw.

The city of Valparaiso is also very important. It’s this harbor open on the sea. It’s so labyrinthic, complex and difficult to understand. That brought a labyrinthic structure to the film’s visuals. And the colors of the city, it’s like a punk rock fairytale. They’re the colors of a generation.”