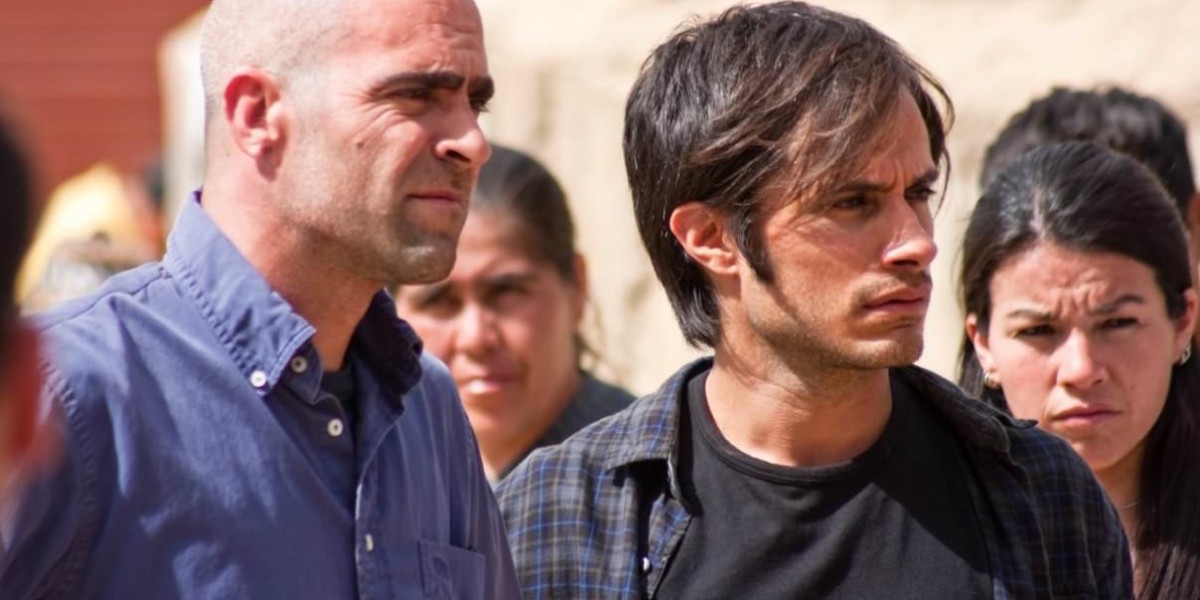 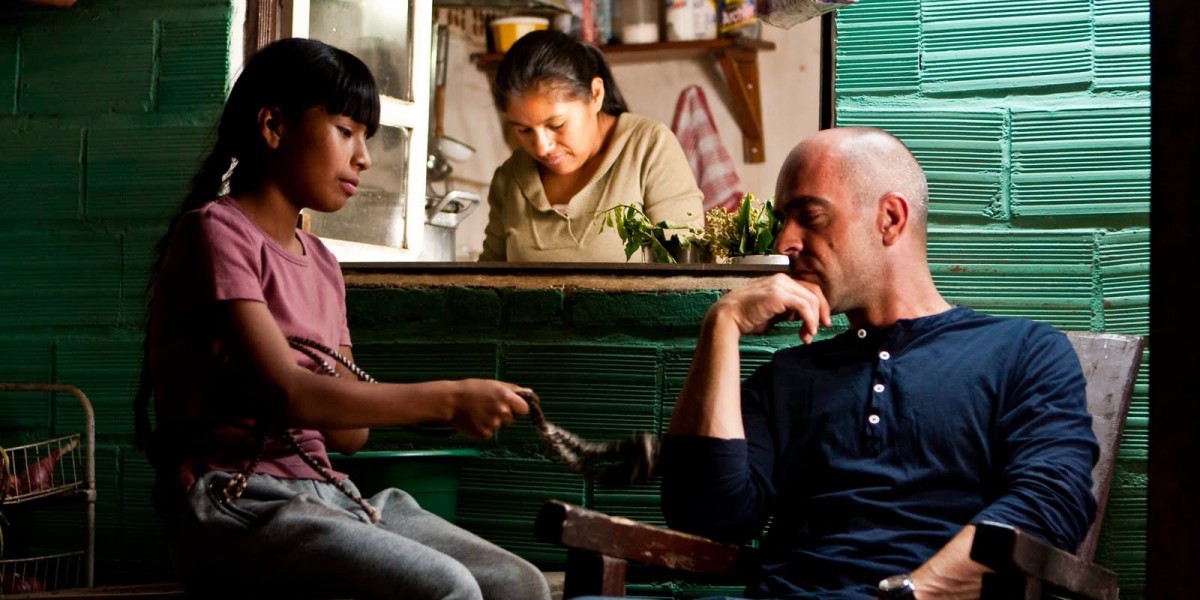 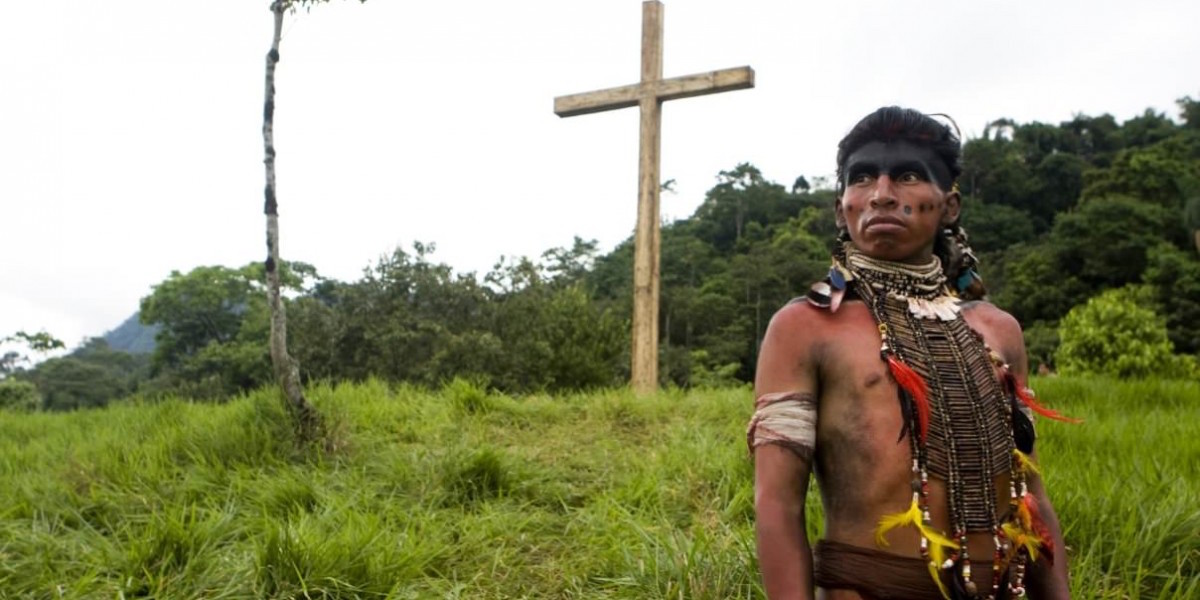 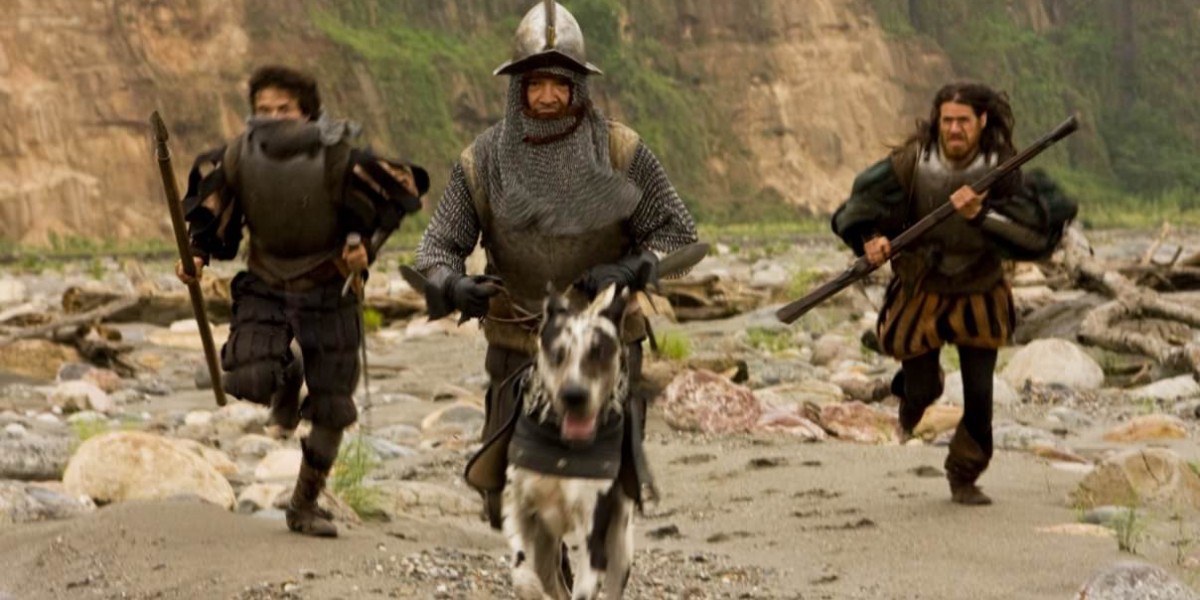 The Liberator(El Libertador)Alberto ArveloStarring Édgar Ramírez, The Liberator narrates the story of Simón Bolívar, who fought over 100 battles against the Spanish Empire in South America. ...

In Even the Rain by Icíar Bollaín, filmmaker Sebastian (Gael García Bernal) and his cynical producer Costa (Luis Tosar) arrive in Cochabamba, Bolivia to make a film about Columbus’s voyage to the New World and the subjugation of the indigenous population. Just as filming begins, the natives face a crisis when the government privatizes the water company and prices skyrocket. Daily protests erupt and the local man cast as a rebellious sixteenth century Taino chief also becomes a leader in the water hike protests. Bollaín intercuts footage of Sebastian’s film, with recordings of the demonstrations that occurred during the real-life “Water Wars” that took place when the Bolivian government privatized the water company in 2000.

In this masterful film-within-a-film–which is anchored in the philosophies of historian Howard Zinn, as well as the stories of 16th-century priests, Fathers Bartolome de las Casas and Antonio Montesinos–Bollaín raises questions about exploitation in South America, blurring the lines between past and present, fiction and reality. With an airtight script by Paul Laverty (long-time Ken Loach collaborator) and stellar performances from cast Luis Tosar, Gael García Bernal, Carlos Adurivi, and Karra Elejalde, Even the Rain is Spain’s submission for the 2011 Academy® Awards.

“The audience loved the film. It was a very positive response. The comments were laudatory due to the superb acting, cinematography, script and powerful social justice theme.” – Angelique Dwyer, Assistant Professor in Modern Languages, Literature, and Cultures, Gustavus Adolphus College

“Even the Rain is a brilliant movie. At a time when the poor of the world seem to be rising up, I found myself deeply moved and completely enthralled by this film. I encourage everyone in search of a great movie to go see Even the Rain.” – Filmmaker, Michael Moore (Fahrenheit 911)

“The historical film-within-film sequences are superbly done, with fine attention to period detail: Ironically, it’s when they are wearing period costume that the characters are most fully alive onscreen. Scenes of street conflict likewise have the raw power of documentary, and indeed incorporate footage from the 2000 Cochabamba water riots.” – Jonathan Holland, VARIETY

“Another astonishing performance is given by Juan Carlos Aduviri as the leader of the rebels, who is given a parallel part in the film-within-the-film as an Indian tribesman oppressed by the conquering Spaniards. Aduviri, discovered during open casting, seems remarkably unaffected and fiery. Bernal and the other actors find rich dimensions in their portrayals as some portray narcissistic movie stars etched with fine satiric flair.” – Stephen Farber, THE HOLLYWOOD REPORTER

“With the recent events in Egypt and a breeze of something igniting that sense of empowerment elsewhere in the Middle East, Even the Rain feels timely and of the moment. It’s the kind of movie that helps you remember to turn your gaze outward more often than you probably do.” – Marshall Fine, THE HUFFINGTON POST

Directing Paul’s script presented an enormous and exciting challenge: to make three movies in one. Firstly, a period drama, secondly the near-contemporary story of the water conflict and finally, a film connecting the shoot itself and the personal journeys of the main characters, Sebastián and Costa, and the decisions they are forced to make. Maintaining the tension and drama within and between each of these three stories and leading the audience from one to the other was the greatest challenge. But in truth this complexity was a gift – a director is rarely given such an original story, so complex and with such compelling and multilayered characters, and one that resonates so richly with one of the most crucial conflicts of this century.