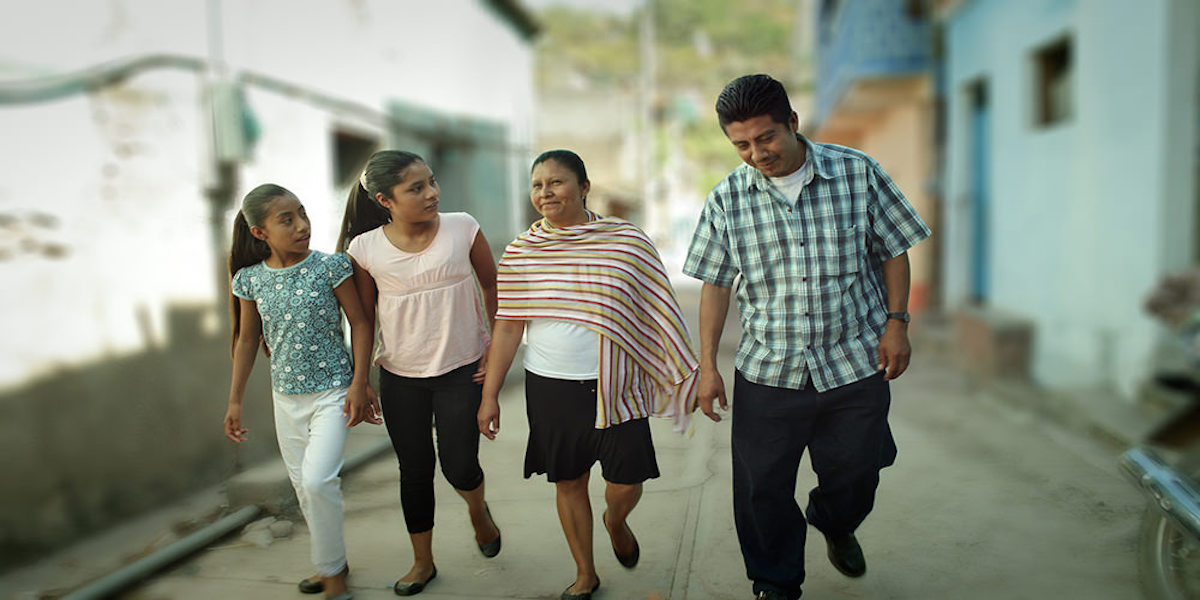 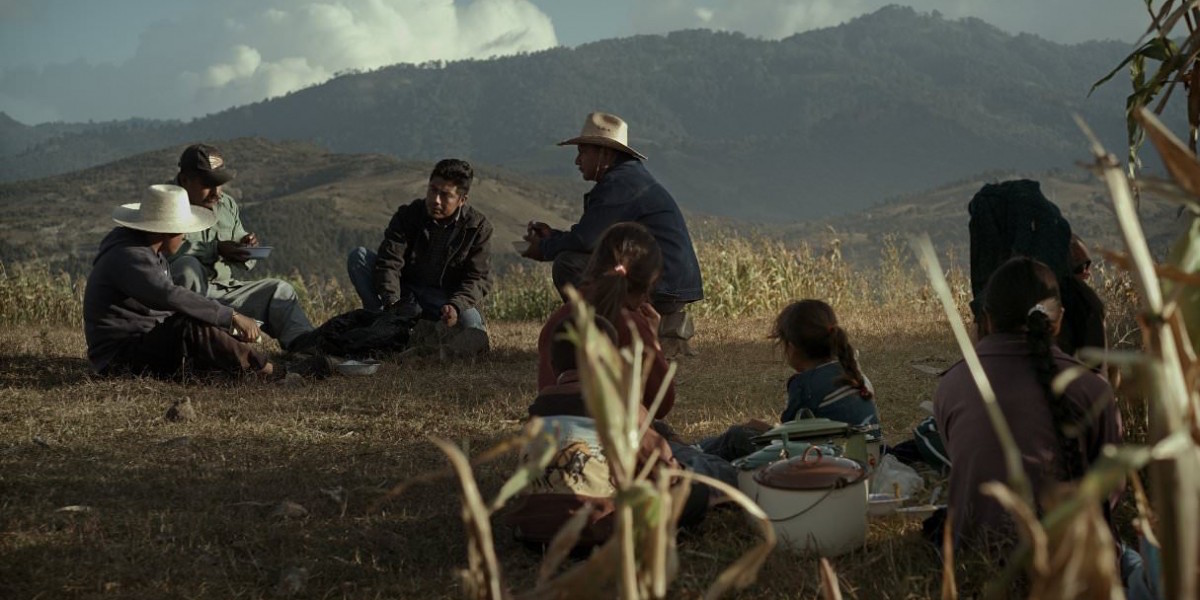 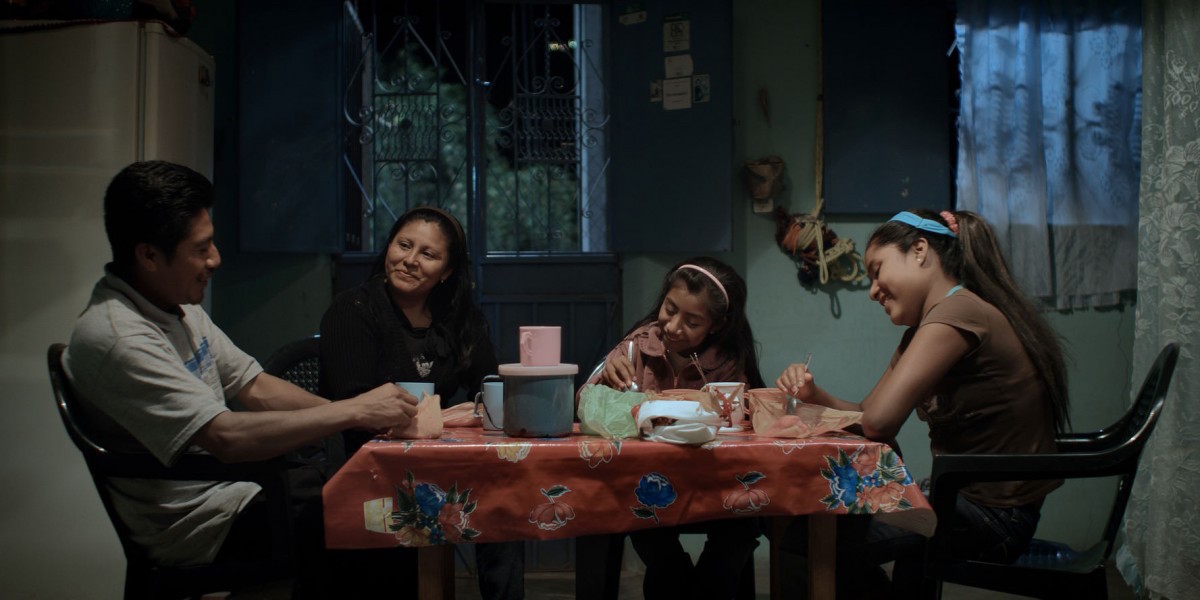 Winner of the top prize at the Critics’ Week section of the Cannes Film Festival, Antonio Méndez Esparza’s directorial debut radiantly captures the complex homecoming of a loving father. In an unexpected take on the traditional immigrant story, Pedro returns home to a small mountain village in Guerrero, Mexico, after years of working in New York. He finds his daughters older and more distant than he imagined; his wife still has the same smile. The villagers think this year’s crop will be bountiful and there is work in a growing city nearby. But the locals are wise to a life of insecurity, and their thoughts are often of family members or opportunities far away, north of the border.

Antonio Méndez Esparza has made a most remarkable debut. Using non-professional actors, Méndez Esparza gets remarkable performances that provide a richness of nuance and detail to each of his characters going far beyond cliché and stereotype. Rarely has a film about US/Mexican border experience felt so fresh or authentic.

“This is the best film yet to screen at Cannes’ Critics’ Week, confidently made without a single wasted scene. The quotidian reality of Guerrero village life is realized with lyricism and lack of sentimentality.” – Ryan Lattanzio, INDIEWIRE

“A most remarkable debut; rarely, if ever, has a film about US/Mexican border experience felt so fresh or authentic.” – THE FILM SOCIETY OF LINCOLN CENTER

“As simple, straightforward, and elegant as its title.” – Melissa Anderson, VILLAGE VOICE

“Here and There/Aquí y Allá’ does not consider politics, border polemics, cartels or global recession but, rather, is an unshrill rumination on family, love and hope.” – Donald J. Levit, REELTALK MOVIE REVIEWS

“Peaceful, almost biblical and completely absorbing, this film is a masterpiece.” – INDIEWIRE

“Combining moments of lyricism with a documentary-like feel for truth, Antonio Mendez Esparza’s debut feature is far from hard-hitting, aestheticizing its tale with artful ellipses and juxtapositions. But its delicate portrayal of the emotional effects of immigration nonetheless amounts to a punchy social critique.” – Jonathan Holland, VARIETY

“The audience…fell in love with the characters. At the end audience members commented on how they felt like they were ‘invading the character’s lives’ by watching their story unfold. The documentary-like film is ethnographic in its depiction of landscape and manner of living. Definitely a non-stereotypical version of a much needed topic such as immigration from the ‘other’ side of the story. We had a very successful Q&A with the filmmaker, who could not have been more gracious or informative.” – K. Angelique Dwyer, Assistant Professor of Spanish & Latin American Studies, Gustavus Adolphus College

Antonio Méndez Esparza was raised in Madrid, and has lived in New York City, Mexico, and Madrid for most of the past decade. His work is known for its careful observation of its characters, and its celebration of the everyday texture of their dramas. Here and There (Aquí y Allá, 2012), his debut narrative feature film, is a culmination of five years of work to bring the story to life through his challenging method of narrative filmmaking. With it won the Cannes Critics’ Award and it became the most awarded Spanish film of 2012.

His second feature film, “Life & Nothing More” became the first Spanish production which won the John Cassavetes Award at the 2018 Film Independent Spirit Awards. On 2020 premiered his first documentary film “Courtroom 3H “and he is currently working on his next project “Madrid is it”.

Aquí y Allá is a film about home, and about the feeling of home while being far away. The return home, to fill in the shoes one left. Presences are felt, and shadows are dark. The future is always close to the US, an overlying shadow.

The film was an exercise in trusting the community, in both directions: me in them, and even more so, them in me. I feel extremely grateful that I was able to film the movie as I thought it should be done, as a mixture of documentary and fiction.

The film is a blend, as everyone, except the girls who play the daughters of Pedro, are playing their “real” roles. Pedro is a musician, and returned from the US. His wife in the film is his wife in real life. I was amazed by how much they trusted me in making the film, and how they followed me in the journey. I also decided to fully engage them, and fully trust them and their instincts.

The story evolved with them, and I was always open to where the story and the film would go. It was a scripted film, but once we started production many things evolved to feel more real: from characters, to situations, to even entire sequences.

Although we did have many impediments, I was able to have enough creative freedom to create the film as I felt best. That creative freedom and the trust of the producers was a blessing. I wanted to continually shoot, to make a movie that never ended. Every door opened a new story. But a film must always end.

We now have a feeling that somehow the movie opens up a different world. While shooting I was always looking around, even outside the frame. I thought of the frame as an invitation, as part of a place. We will hear and hopefully imagine what is outside the frame. I do believe, and really hope, that we have managed to really recreate the experience of living there, and to have caught a little of the spirit of the place.

I am really looking forward to inviting you to Aquí y Allá.