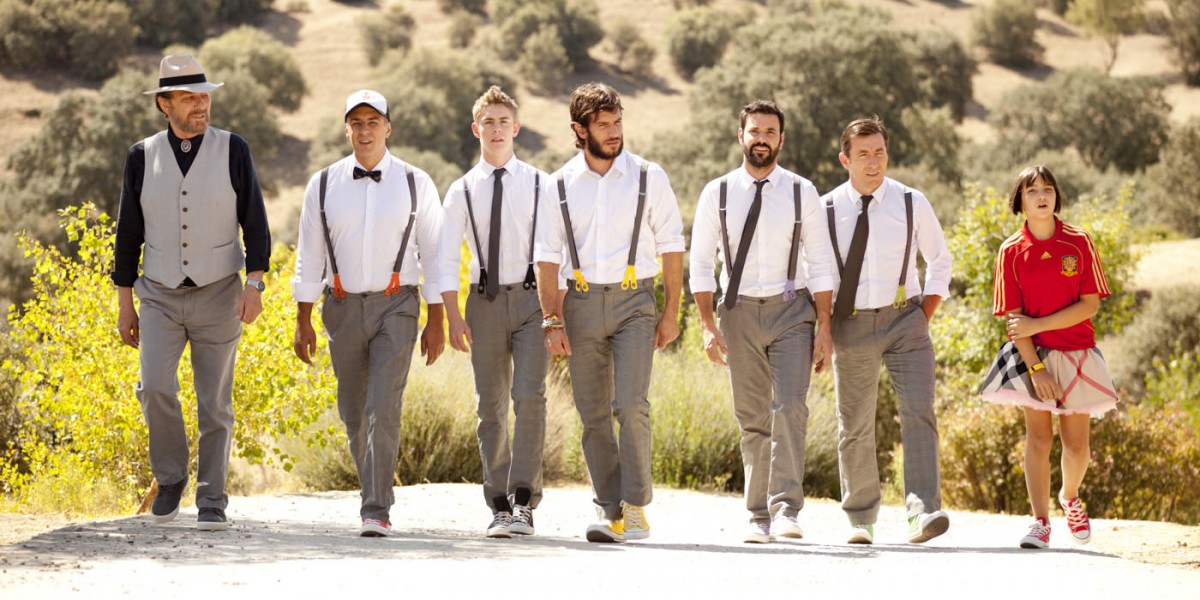 CANNIBAL(Caníbal)Manuel Martín CuencaCannibal is a disturbing yet intoxicating tale of bizarre romance where Hitchcock meets Buñuel. Carlos (Antonio de la Torre) is the most prestigious ...

BLACK DIAMONDS(Diamantes Negros)Miguel AlcantudFifteen-year-old Amadou and Moussa are two teenagers with a passion for soccer. In their free time from school and from work at the local market in Mali, ...
Subscribe

Efraín, the youngest of five brothers all with biblical names (as in Seven Brides for Seven Brothers), asks his ten- year-old classmate, Carla, to marry him when they both turn 18. Eight years later, who would have thought that Spain would be playing the World Cup finals in South Africa precisely on their wedding day? Efraín will reunite his family on this day of national catharsis and with the entire country paralyzed by the game, each family member will be confronted with the most challenging match of their lives: accepting who they are and where they come from.

Following up from his award-winning DarkBlueAlmostBlack and Cousinhood, director Daniel Sánchez Arévalo brings us a vibrant, funny and tender offering, led by an all-star cast including Miquel Fernández, Antonio de la Torre, and Quim Gutiérrez.

Daniel Sánchez Arévalo was born in Madrid in 1970 and has a B.A. in Business Administration. Having been awarded a Fulbright Scholarship, he completed an MFA at Columbia University, New York, where he started his career as a director. Back in Spain, he won the Grand Jury Prize and Audience Award in 2002 and 2003 at the Notodofilmfest with his films Gol and Expres. Fisica II, his first 35mm short film, has earned over fifty awards, including a pre-selection to the 2005 Oscars® in the Short Fiction Category.