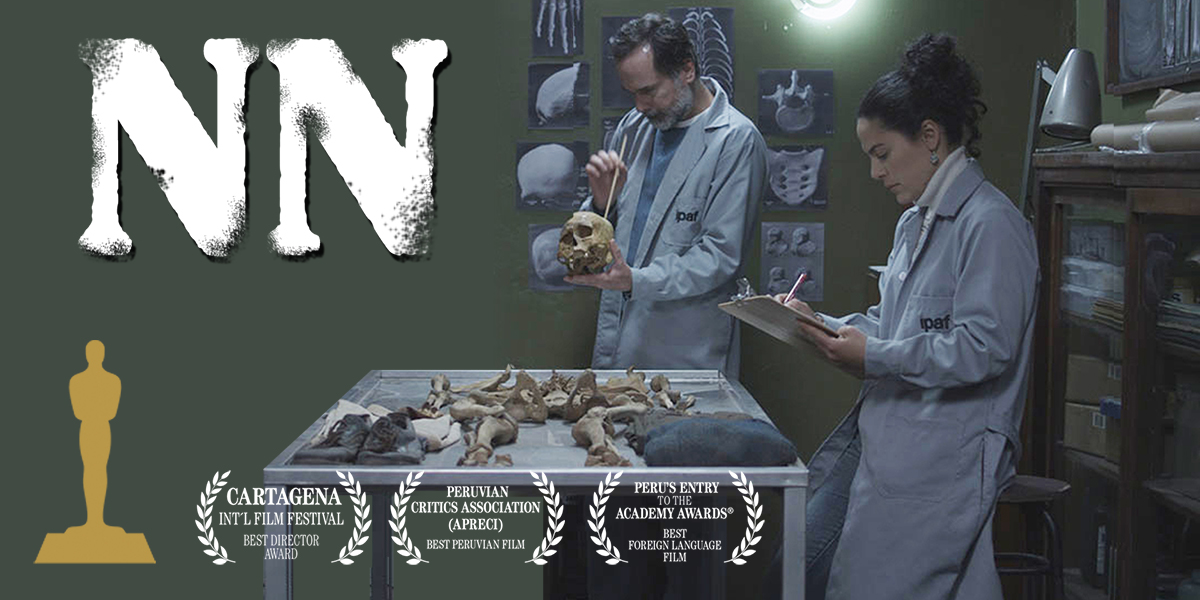 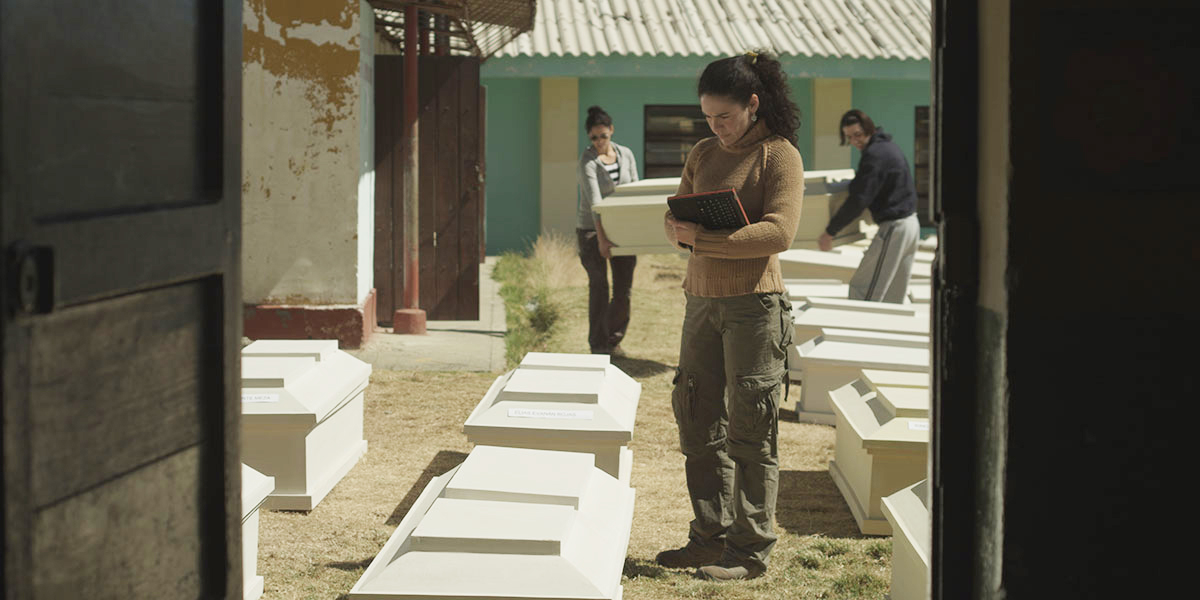 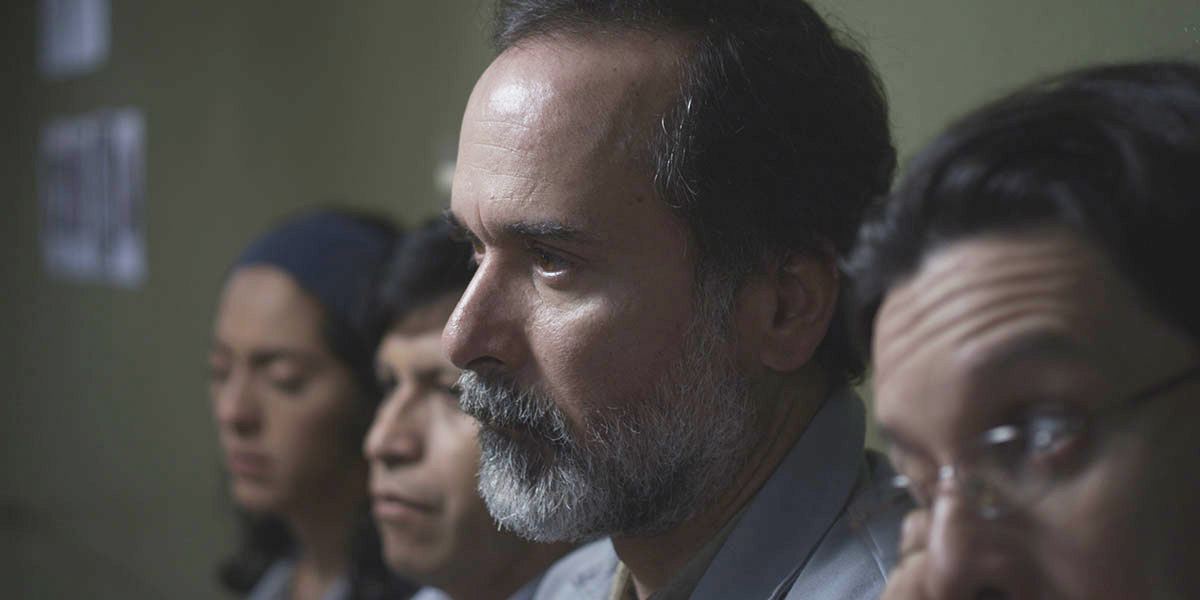 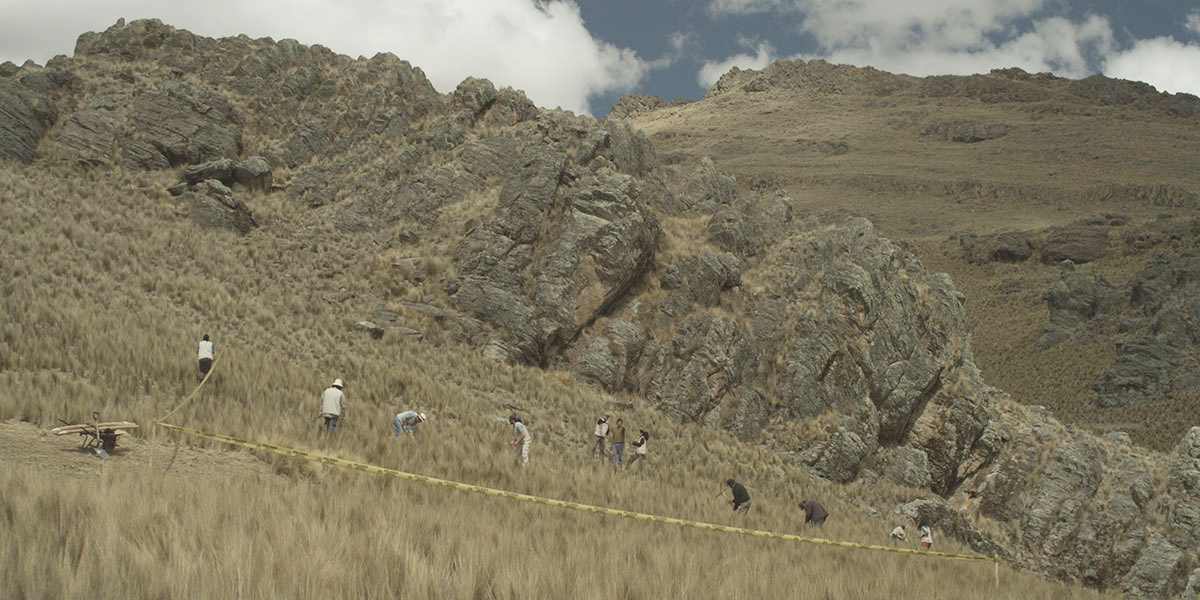 Peru’s submission to the Academy Awards for Best Foreign Language Film, NN is a compelling drama that won filmmaker Héctor Gálvez the Best Director Award at the Cartagena Film Festival for this powerful, nuanced look at a country’s efforts to come to terms with a dark chapter in its history.

A group of forensic anthropologists digs up the corpses of eight people who disappeared without a trace 20 years ago during a violent political period in Peru. Among them, they find a ninth unidentified corpse. The only thing that can lead to the identity of the man is the vague photo of a smiling girl found in his shirt’s pocket.

Fidel, a thoughtful investigator fascinated by the case, struggles to maintain a scientific approach to his work when a lonely widow shows up convinced this NN (Non Nomine) is her disappeared husband. Should he conduct a thorough investigation that may leave the widow’s plea unanswered or grant her the closure she has been searching for decades?

“Director Hector Gálvez takes a nuanced, heartfelt look at the raw humanity behind a country’s efforts to come to terms with a dark chapter in its history, namely the ruthless violence employed against leftist guerrillas in the 1980s. Paul Vega is excellent as Fidel, perfectly conveying the investigation’s toll on his troubled psyche.” – Clarence Tsui, The Hollywood Reporter

“A fury for crimes unpunished bristles in the film, but Gálvez attains his objectives through his mix of suppressed emotions (mirroring the helplessness of his subjects), rigorous formalism and – most importantly – a sense of empathy and humanity slowly unveiled from within his characters.” – Clarence Tsui, The Hollywood Reporter

“An engrossing, expertly paced tale that portrays a range of emotions about how to deal with pain and injustice, and examines whether peace of mind is more important than fact.” – Miguel Pendás, San Francisco International Film Festival

Héctor Gálvez co-directed the documentary feature Lucanamarca, which premiered at the International Documentary Festival IDFA in Amsterdam in 2008 winning a Silver Fox Award. Paraiso, his first fiction feature film, had its world premiere at the 2009 Venice Film Festival, in the Horizons section, and has screened at over 40 film festivals around the world, winning numerous awards.

The finding of an unidentified body with only a picture in his shirt was a real case that I was told happened at some exhumation works carried out to investigate the killings that took place during the years of political violence in Peru. What sort of whim allowed a picture to be preserved for more than 20 years under the earth, when pieces of clothes are damaged over that time? The image of a blurred picture and the idea of its stubbornness not to disappear grew in my head, even more taking into account that the relatives of the disappeared always hold a picture of the missed ones, as if reaffirming their existence, as if refusing that they may fall into oblivion.

What I am after is to focus on people, I want this story to be an elegy, a film about mourning and personal suffering, not only of the wife of a missing person who lives making unceasing questions, but also of all the people involved.