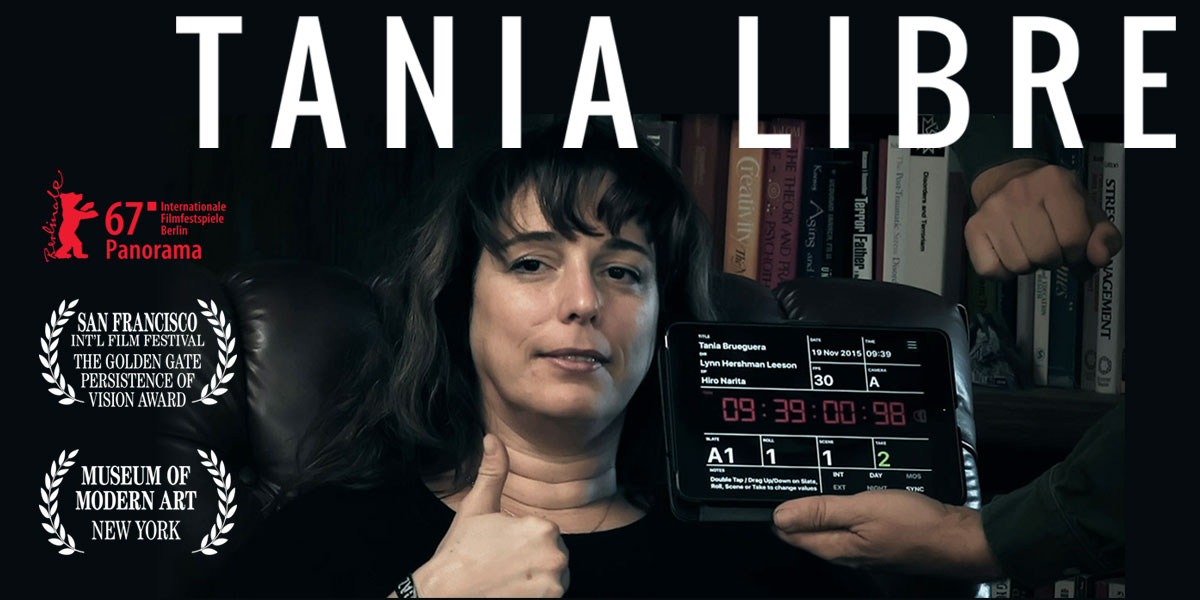 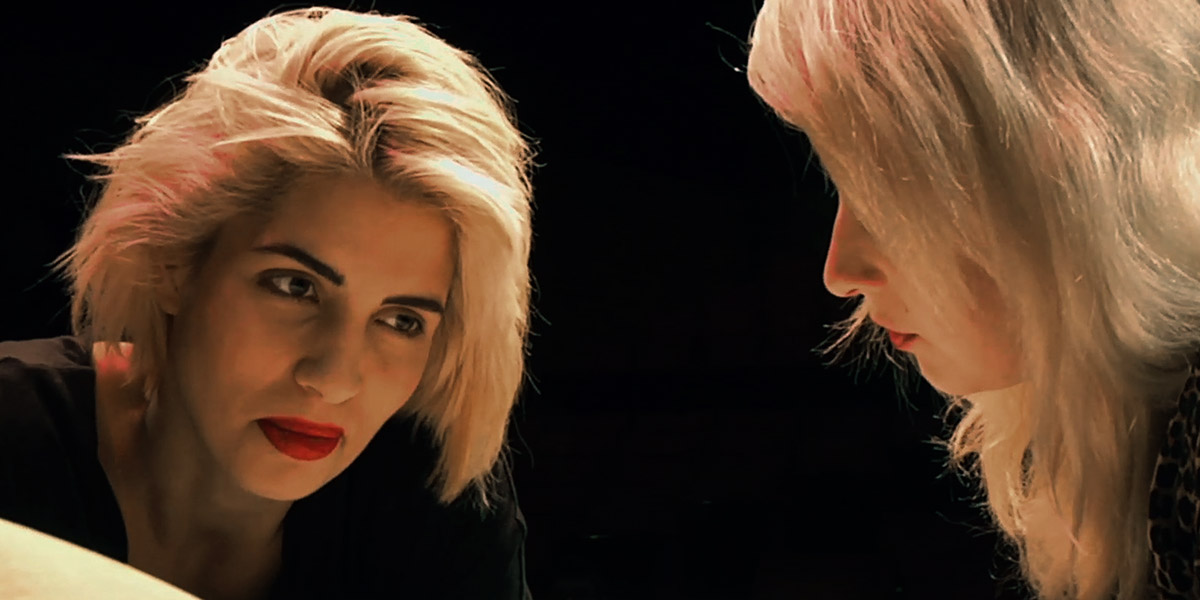 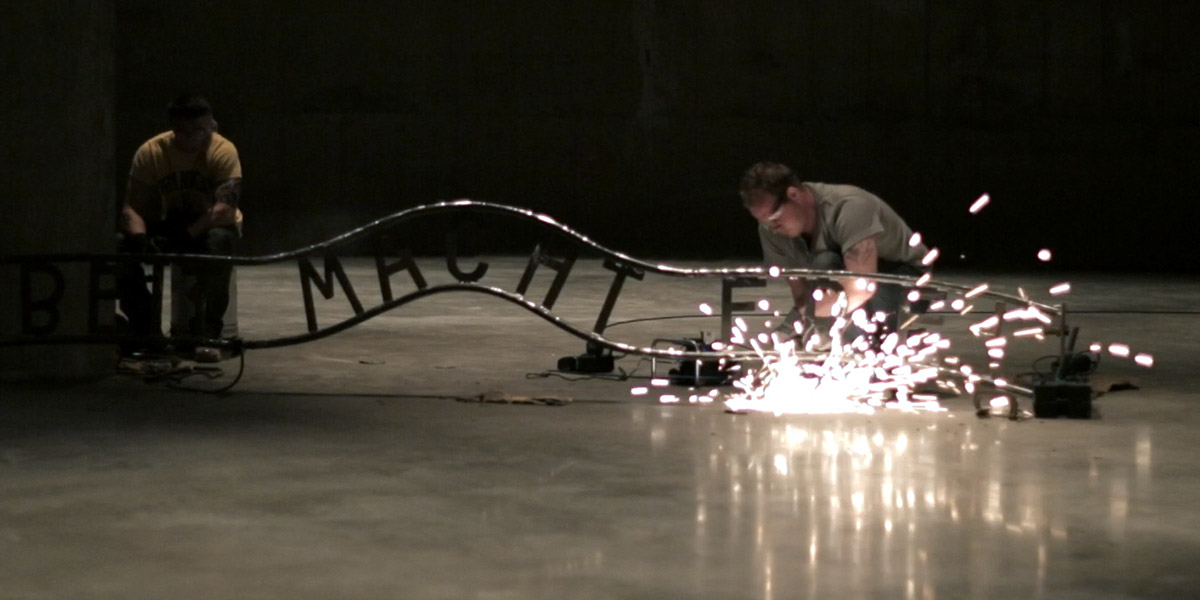 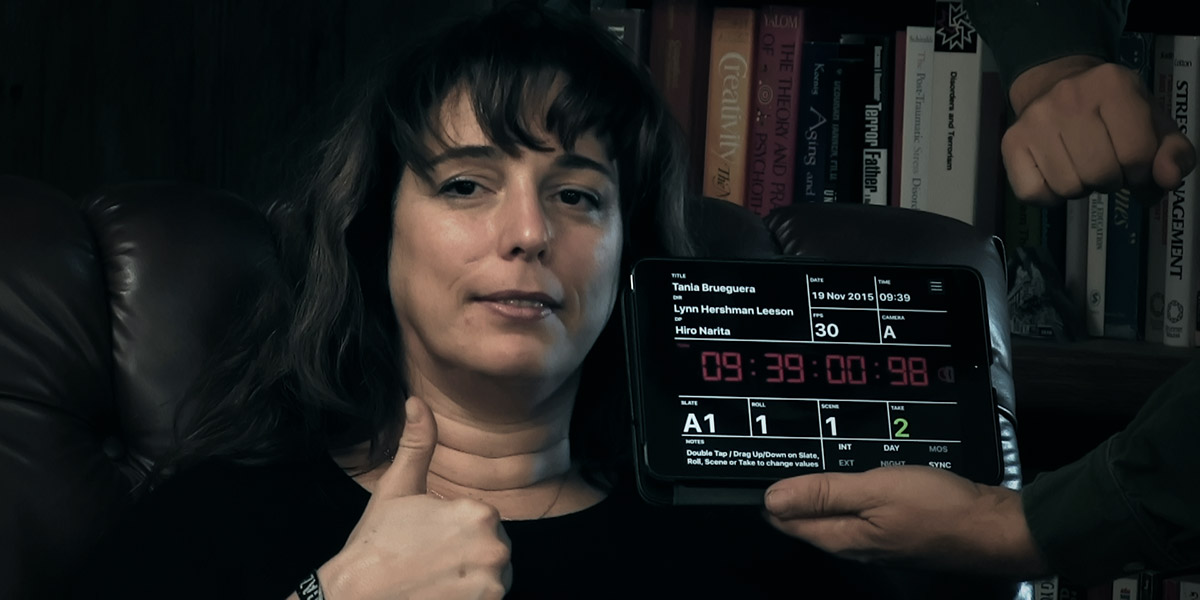 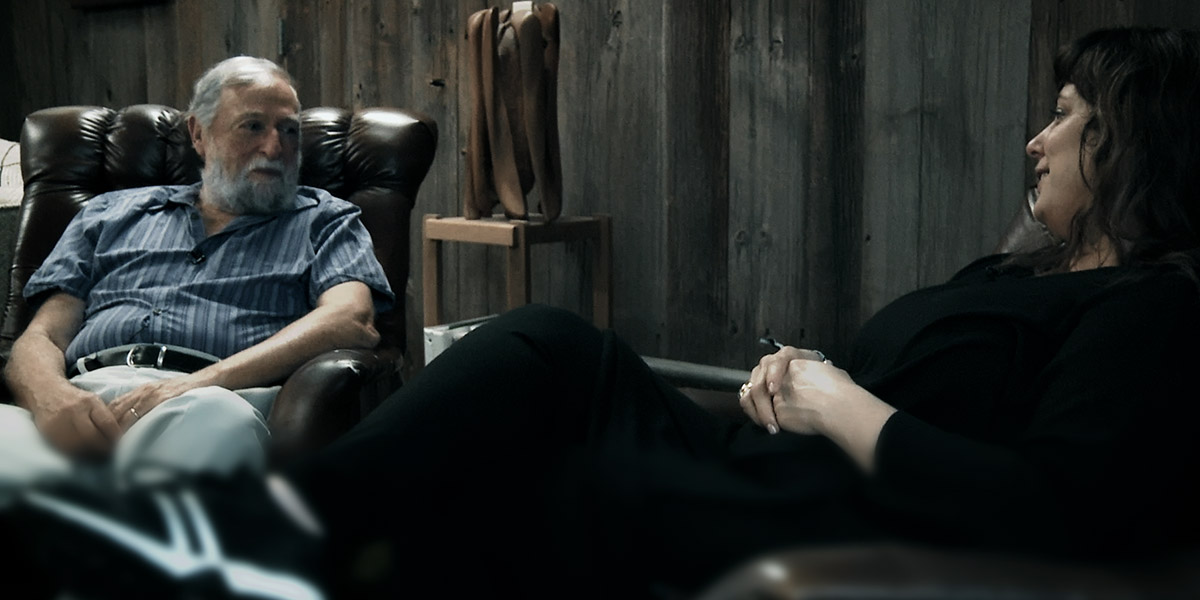 How does incarceration affect an artist’s psyche? In a fascinating and novel approach, Lynn Hershman Leeson allows us to eavesdrop on one of the world’s most celebrated—and daring—Cuban artists, Tania Bruguera’s session with Dr. Frank Ochberg, a New York-based psychiatrist and pioneer in post-traumatic stress disorder and the Stockholm syndrome.

Bruguera visited Dr. Ochberg after spending eight months in prison accused for treason after announcing her intention to provide an uncensored platform for citizens in Havana to freely express their views in public for one minute. During the session, Bruguera eloquently reflects on the emotional ramifications of constant struggles with authorities, the psychological and physical effects of her interrogations, and a family dynamic that mirrors the subversive surveillance culture that many Cubans encounter in their daily life. The film touches upon broader issues related to the revolutionary potential of art, censorship, and the loss of civil liberties.

“***A provocative portrait of the artist, this is recommended.” – Video Librarian

“It raises provocative questions about abusive familial structures and the ways that traumatic experiences of betrayal can play out on a larger political scale.” – Vanessa Thill, Art in America Magazine

“Lynn Hershman Leeson is my hero. (Also Tania Bruguera and her ever-perceptive psychiatrist, Dr. Frank Ochberg, who specializes in PTSD, trauma bonds and father-fascists). Their film is about Cuba but has lessons for anyone anywhere dealing with the loss of civil liberties.” – Jori Finkel, The Art Newspaper

“Their conversation is not concerned solely with the immediate fright of incarceration, but with the mechanisms of state censorship and propaganda. Politics becomes a performance in front of the audience, whose staging was more complex than any stage show.” – Lida Bach, Movie Break

“The film’s power stems from Bruguera’s frankness in discussing her ordeals and Ochberg’s insights into trauma. They discuss a range of topics, including Bruguera’s father (a former diplomat and Castro loyalist), political leaders as father figures and Stockholm syndrome.” – Jori Finkel, The Art Newspaper

“A haunting documentary that showcases...Bruguera coming to terms with the consequences of creating such an incendiary piece of art. Tilda Swinton lends her soothing and yet scrutinizing tones as the narrator.” – Oliver Johnston, The Up Coming

“The Golden Gate Persistence of Vision Award honors a filmmaker whose main body of work falls outside of the realm of narrative feature filmmaking. Recognized internationally for her innovative work investigating issues key to the workings of society—the relationship between identity and technology and the use of media against censorship and repression—Lynn Hershman Leeson’s film, installation, and multimedia work continues to inspire audiences.” – San Francisco Int'l Film Festival

One of the most influential media artists, Lynn Hershman Leeson is widely recognized for her innovative work investigating issues that are now recognized as key to the workings of society: the relationship between humans and technology, identity, surveillance, and the use of media as a tool of empowerment against censorship and political repression. Over the last forty years she has made pioneering contributions to the fields of photography, video, film, performance, installation and interactive as well as net-based media art.

I decided to make a film about this story so that as many people as possible could learn about the recent experiences of Tania Bruguera. In the film, we hear accounts of events and we see them moving between conversation, trauma, memory, document, performance and interview. How does trauma motivate action? When does performance supplant memory. The conversation between a noted therapist and renown artist displaces the events, and is itself, in its taped and tracked record an vehicle of surveillance through which an audience is guided into the intimate process of individuals and families that create the culture of Cuba.

There is a growing suspicion against artists who threaten to expose freedoms: artistic expression, and information. This suppression is aimed at the loss of an individual’s voice; an eradication of their fundamental rights and a silencing of their participation in society.