The Foam of Days 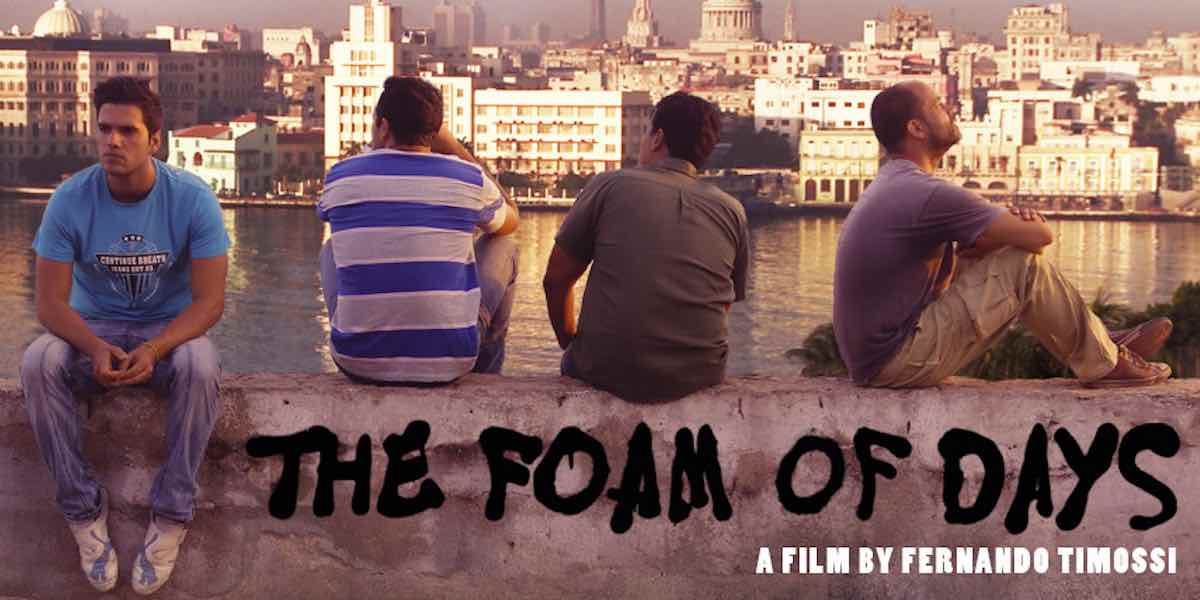 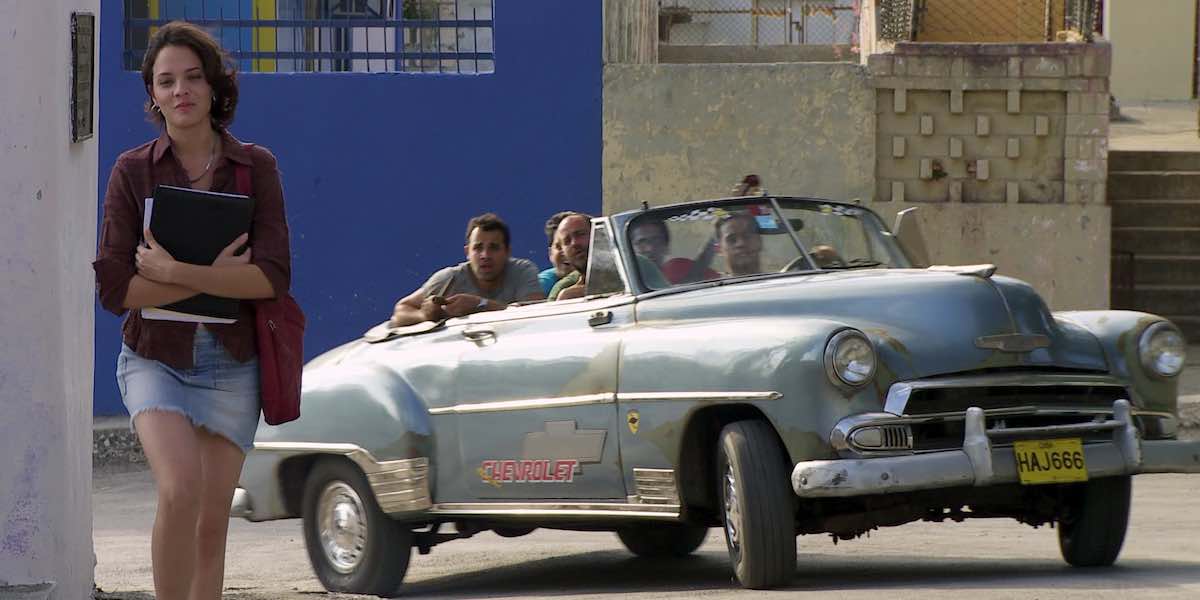 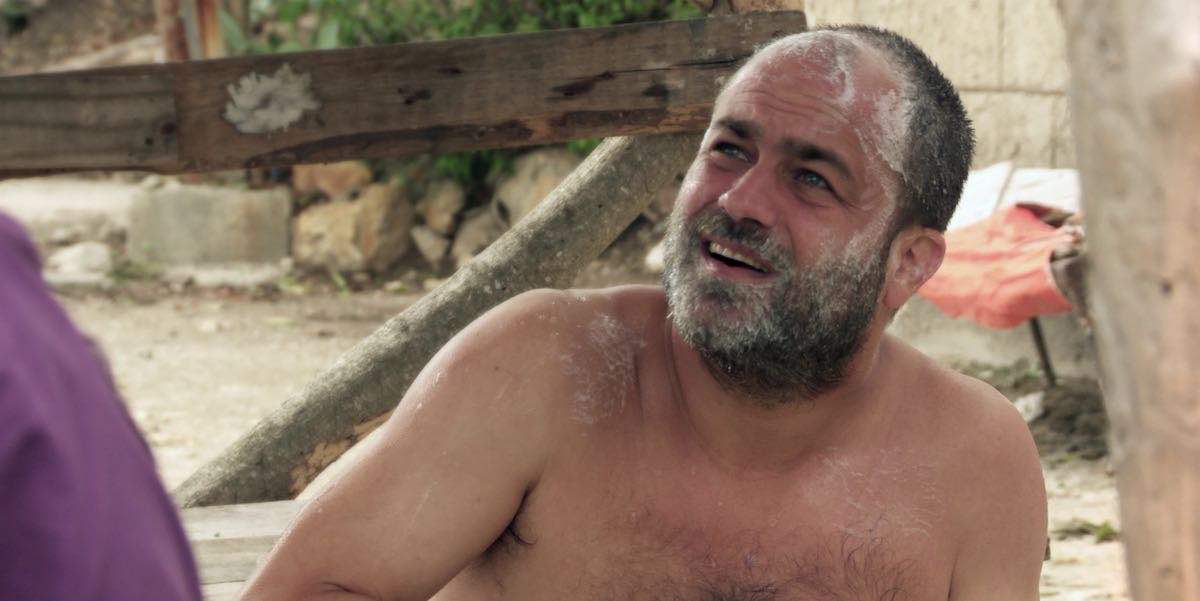 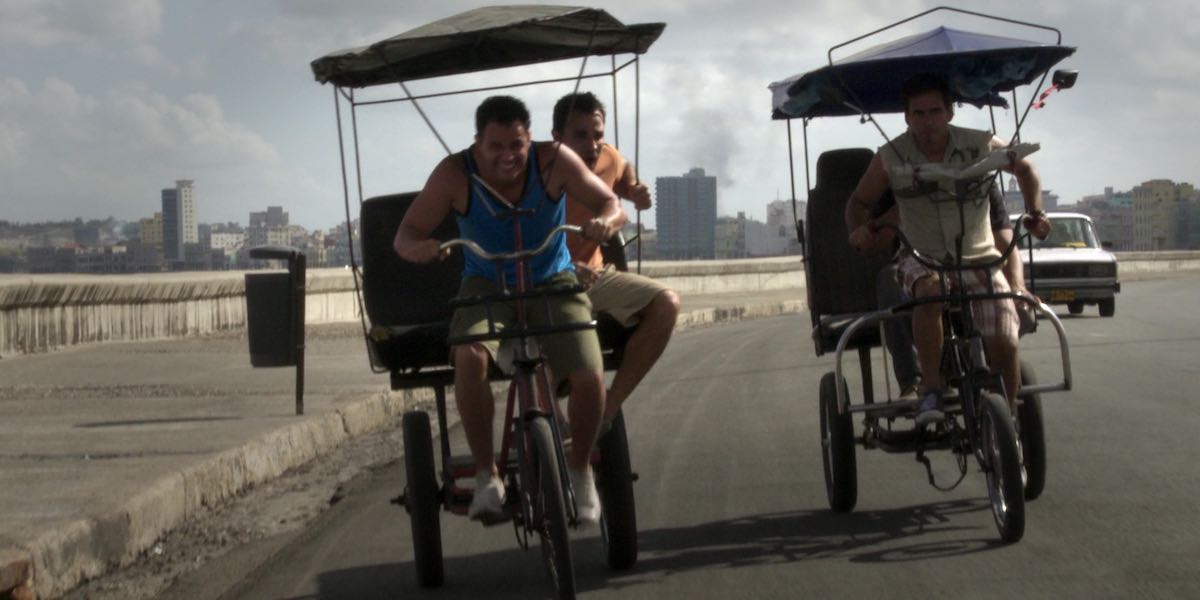 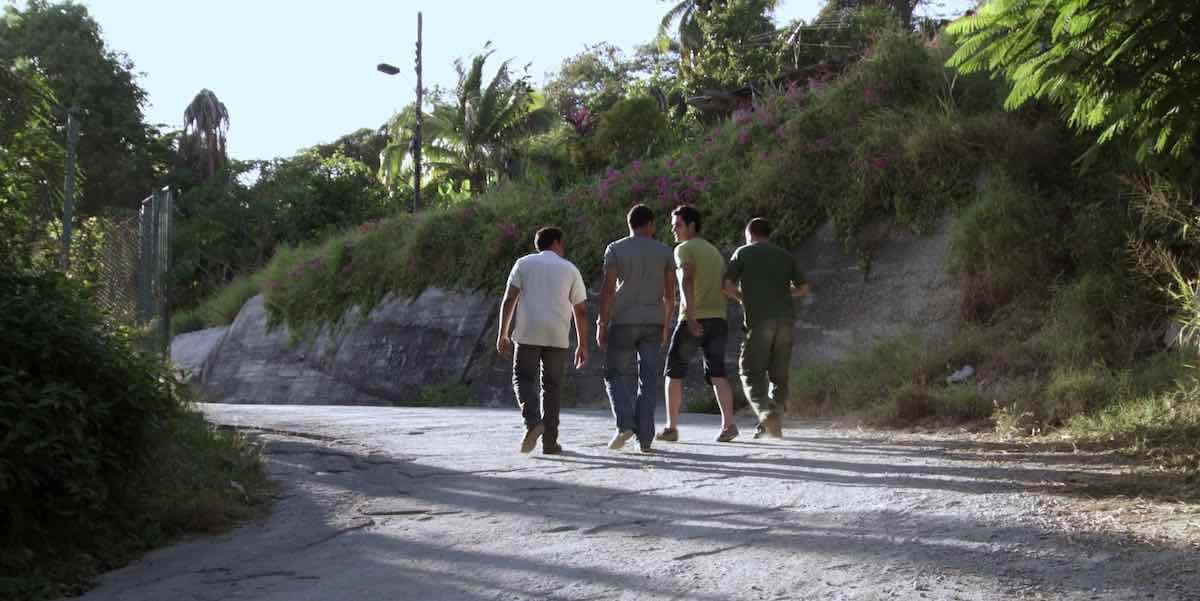 A man released from prison seeks to recover his old friends and lost love, while threatened by his victim’s brother whom he killed involuntarily. This film tells the story of four friends, inseparable since childhood, in the Casablanca district of old Havana. Their friendship will be battered by difficult trials, but the tragedy will only strengthen their bond: after all, they are like brothers. A dramatic comedy that shows us with splendor the young people and Cuba of today.

Five years in the making, this Cuban story is about camaraderie, friendship, and the human being who lives daily in a reality that conditions him, but does not determine him.

“We are in front of a director who deserves a pause to see what he has to say about us and about himself; because he includes himself as a conscious Cuban who speaks of an era, of fellow generations, and luckily different, without falling into an easy exhibition at the level of parliament and without giving up the appropriate mischief and peculiarity.” – Daniel Céspedes, CUBACINE

“The Foam of Days is assisted by an excellent script because of how sincere and witty it is with all those possible tones;... [it] is a film not so much nationalistic and, of course, not jingoistic, but Cuban; a film where Timossi takes care of the situational or contextual.” – Daniel Céspedes, CUBACINE

Fernando Timossi began his film career in 1983 as an assistant cameraman and then as a cameraman, working mainly in documentaries and news for Granma Studios. In 1988 he changed to the area of Direction as Assistant Director in the TV documentary series Hunting Fortunes. That same year, he graduated as a Bachelor of Art History from the Faculty of Arts and Letters of the University of Havana, and continued his studies at the International Film School of San Antonio de Los Baños, Cuba, graduating in 1991. There, he participated in seven productions of the EICTV. From 1991 to 1996 he worked mainly as Assistant Director in six feature films in addition to founding the company Panafilms SA in partnership with a fellow EICTV graduate. He directed the short film Blue Moon (35mm, 30 min, 1995) and Peanut is like this (30 min, 2007), the documentary The Haitian Mirror (45 min, 2005), and worked as Director of Photography in feature films such as Cangamba (Dir. Rogelio Paris, 2006) and Sumbe (Dir: Eduardo Moya 2010).

“The harbor and its nearby neighborhoods. The geography of the hills and slopes in the neighborhoods of Regla and Casablanca. That’s the setting. The plot deals with the repeated story of the friends from the block; those who have grown up together in any neighborhood of Havana. It’s the gang of kids that has turned into a group of teenagers; the same teenagers who, after reaching adulthood, have closed ranks around their lives. Because it’s been easier to face it like that because their codes have taught them so because their friendship has remained stronger than any other.

Crossing the harbor, “going to Havana,” is like leaving their own world, like venturing into something that, when seen from the other side, from the shores of their neighborhood, is nothing but that: lights in the distance, dreams, fantasies.

The viewer must be clear that this hardened central group is the reason for being of the characters, most of which hope nothing but that: to keep the only grip they have to face whatever it may come. That’s why these very same characters may even give up the bright horizon they see across the harbor.

Mornings with a light breeze, golden afternoons. Havana is a faraway reference. The shots are always taken from the neighborhood’s perspective towards the city. The only thing the protagonist does in Havana is to look for his missing love. He will look for it during the entire movie. He must die trying, so that another character of the group can take his place, closing ranks once more.

The film should surely be classified as a drama, but the humor and the speed of the dialogue must set the pace in the development of the story. Violence and death should surprise us the same way they surprise the protagonist.

The rest is chance meetings with other characters that tell us about a different Havana, about other repeated neighborhoods, about the history of the country’s past few years from their viewpoint, about its most common daily inhabitants.”