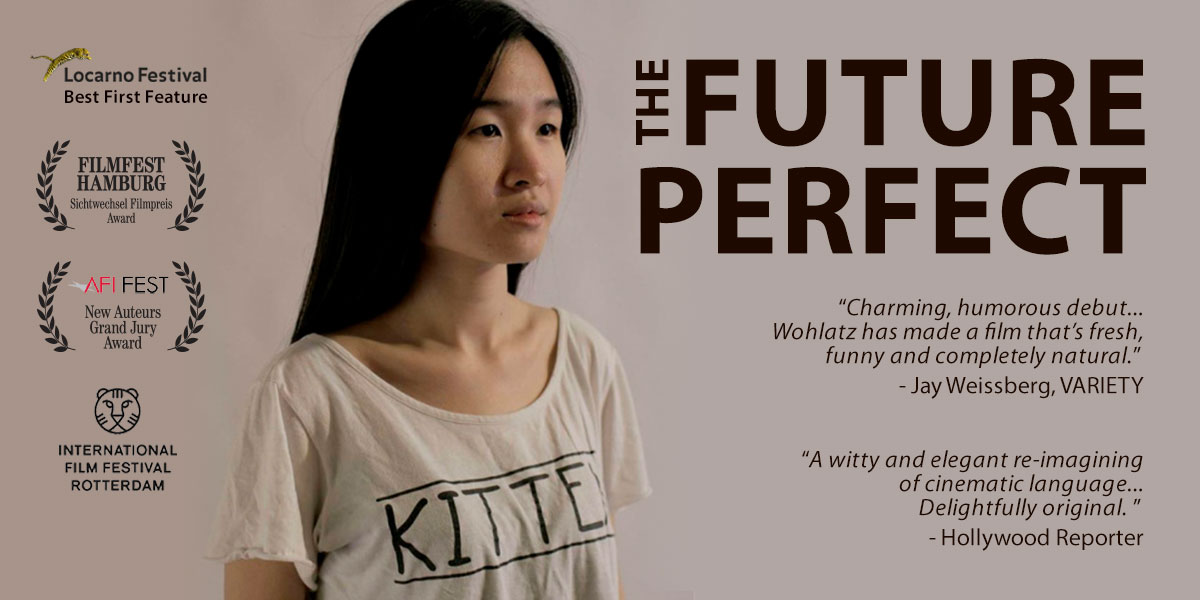 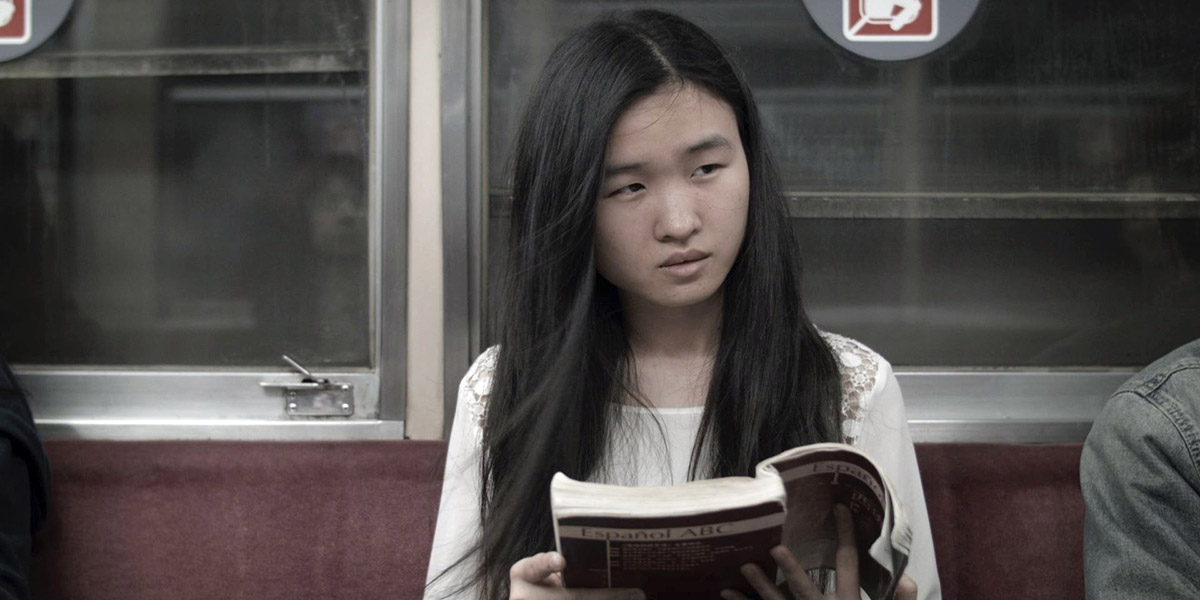 Spanish and Mandarin with English subtitles

Xiaobin is 17 years old and does not speak a single word of Spanish when she arrives in Argentina. But a few days later, she already has a new name, Beatriz, and a job in a Chinese supermarket. Her family lives in a parallel world in a launderette, far removed from the Argentinians. Xiaobin secretly saves money and enrolls at a language school. She tries out in the street what she learns there. After having learned how to “make appointments,” she arranges to meet a supermarket customer, Vijay. He comes from India, and although they can barely communicate with each other, they start a secret romance. And when she practices the condicional, the form of possibility, Xiaobin starts thinking about the future. What would happen if her parents learned about Vijay? The more she masters the Spanish language, the more she interferes in the scenario.

Nele Wohlatz (1982, Germany) lives and works alternately in Germany and Argentina. She studied Film and Scenography at the Karlsruhe University of Arts and Design and thereafter increased her knowledge with multiple film studies in Buenos Aires. Wohlatz lectures in Documentary Film Directing at the art institute Centro de Investigaciones Artísticas, where she was a student herself. Her feature film debut Ricardo Bär (2013), co-directed with Gerardo Naumann, was awarded at FID Marseille. Wohlatz went on to direct The Future Perfect (2016), which won the Best First Feature at the Locarno Film Festival.

“Wohlatz offers a perceptive, empathetic, very tender picture of how it might feel to be an 18-year-old Chinese woman arriving in Buenos Aires and working to carve out a new independent life and identity.” – Jonathan Romney, Film Comment

“A witty and elegant re-imagining of cinematic language... It takes skill to successfully handle heavy issues with a light touch, but that's what German-born, Argentina-based writer-director Nele Wohlatz pulls off with her delightfully original documentary/fiction hybrid.” – Neil Young, The Hollywood Reporter

“Few films this year have felt as assured as Nele Wohlatz’s lovable Bressonian comedy of manners El Futuro Perfecto (The Future Perfect), which just won the First Feature prize at the Locarno Film Festival. At sixty-five minutes, it was not only the briskest film playing at the festival but also one of the sharpest.” – Christopher Small, Fandor

“Anyone who has taken on the arduous task of attempting to learn a second language in adulthood will sympathize with 18-year-old Xiaobin (Zhang Xiaobin), the charming heart of Nele Wohlatz’s 65-minute-long The Future Perfect... Playing with the possibilities that are afforded by the future perfect tense, Xiaobin's story is a short, sweet window into a rarely filmed — but often experienced — struggle to find the language to fit in.” – Jeva Lange, Screen Slate

“The language-learning process functions as a metaphor for Xiaobin’s coming-of-age as a young woman in a foreign country. As a concept, this might have risked slipping into cliché, but Wohlatz avoids this, instead endowing the film with a gently ironic tone and subtlety.” – Maya Caspari, Another Gaze

Language determines our thinking. So what happens when, for whatever reason, we move to another country, lose the use of our mother tongue and start to live in a new language? The language books teach us phrases like, “The dog is grey. The cat is white,” or “Mary talks to her clients over the phone and sells plane tickets. She is a travel agent.” We didn’t write these phrases, nor do they necessarily help us in what we actually want to say to express ourselves. They are texts for a role still unknown and therefore uncomfortable to us. It takes weeks or month until an actor assumes ownership of a new character, and even more until an immigrant is able to assume ownership of the role given by his new language. This is what also happened to me right after I moved from Germany to Argentina in 2009. I began to think I would never become part of this society, just like Xiaobin, who once said to me: “When I’m waiting at the bus-stop, I want to look like everybody else. When I have money, I’m going to have my eyes and cheeks operated.”

In Buenos Aires, I started to teach German because somehow I had to pay my rent. The first time I saw Xiaobin, she was performing in a play staged by Chinese students at the language school. She had just begun to study Spanish and it was a tremendous effort for her just to say simple phrases. All of her concentration was focused on her speech; her body only expressed a minimum amount of gestures. Her text was fictitious, but her act of speech was real, a testimony of the inner controversy of her new citizenship, her new language and her new space. It was different from the acting of nonprofessional actors I had seen so far. I wished to make a film entirely acted in that tone. We went through a long process of rehearsals, first with Xiaobin, later on with other Chinese students at the language school, in order to explore this ambiguous speech where you can’t tell if someone is performing a language or a role.

I wrote the script together with Xiaobin, in a process in which she could test and re-invent herself. Consequently, the film also involves her future, just as she imagines it today, constantly introducing variations. I think that in a film with real persons, their imagination and memory should have the same importance as “facts.” It’s Xiaobin’s condition as an immigrant that determines her acting style, the dramatic structure and the film device.