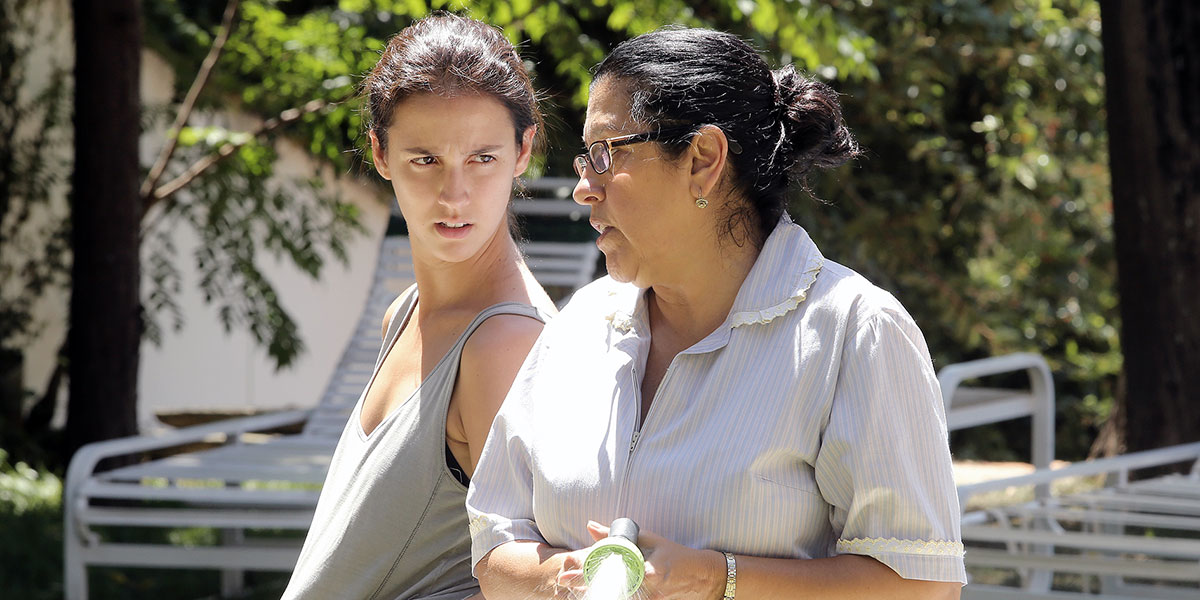 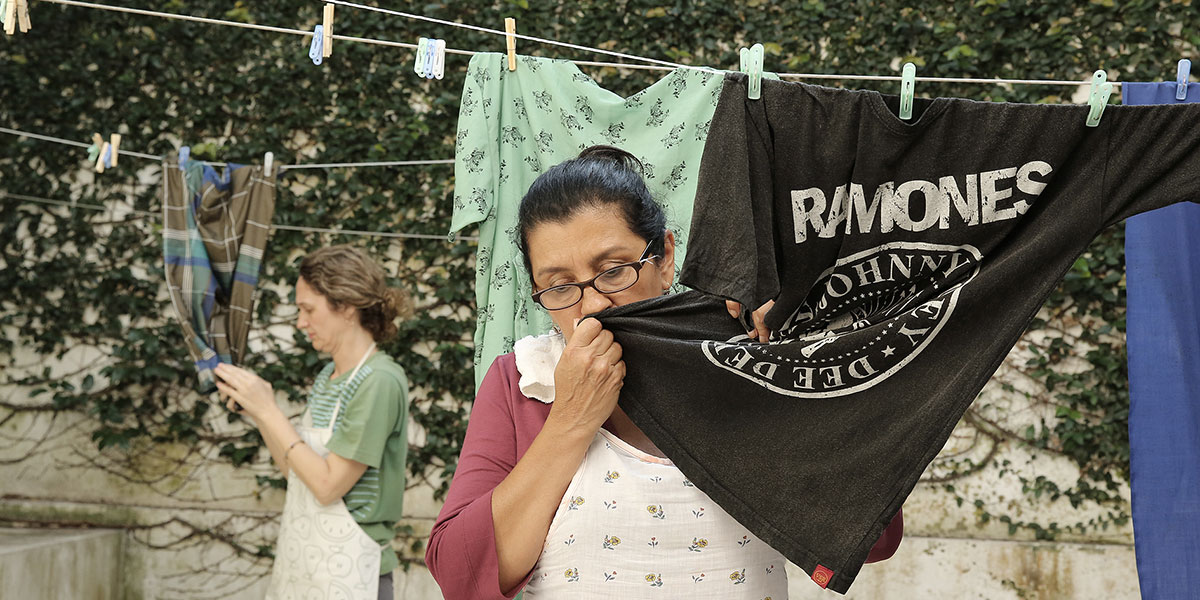 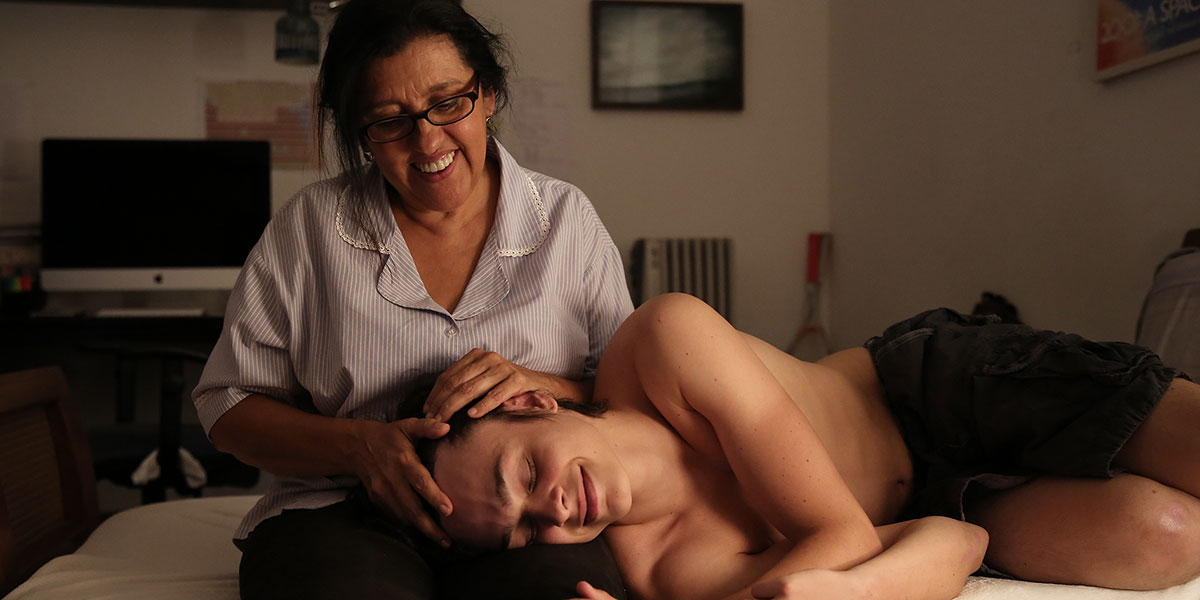 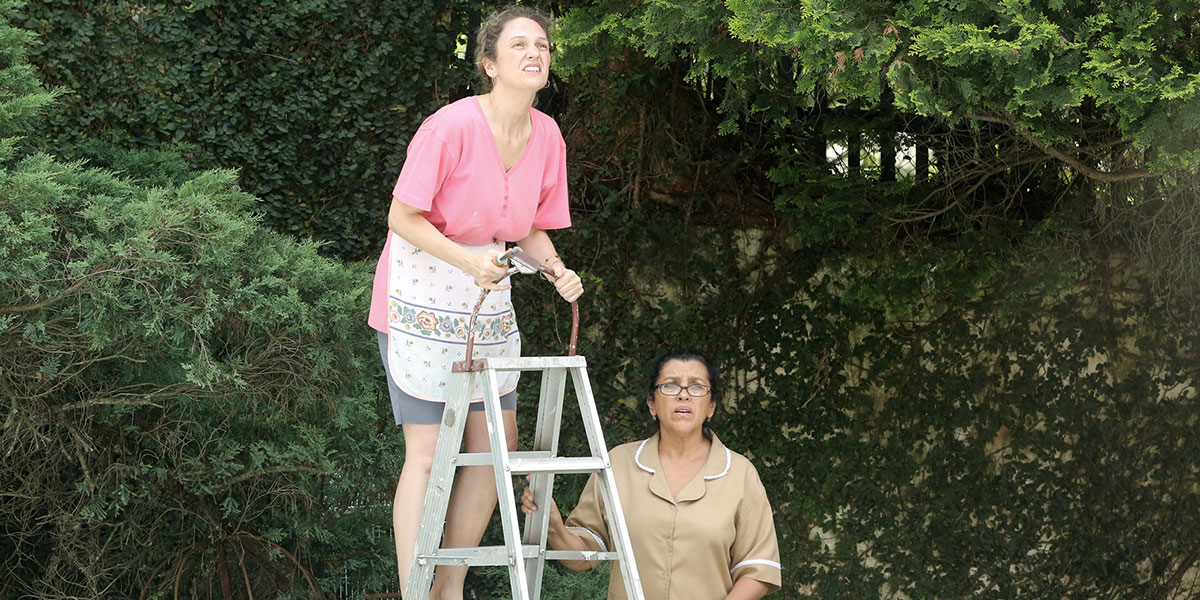 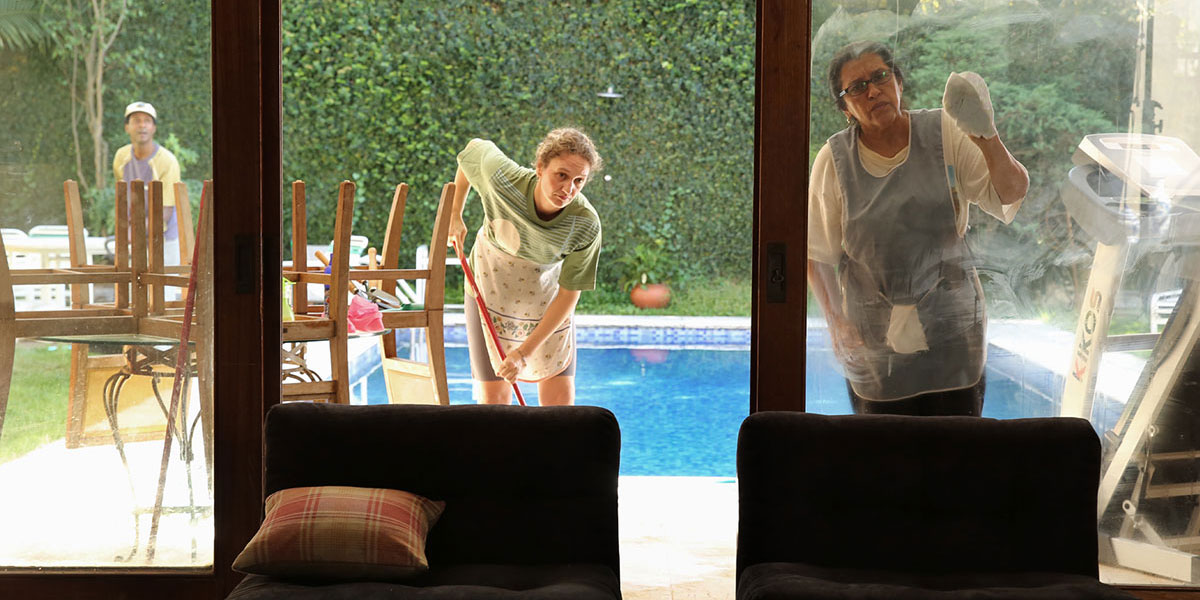 In Portuguese with English subtitles

An excitingly fresh take on some classic themes and ideas, The Second Mother dissects with both impeccable precision and humor such matters as class differences and family. The film centers around Val, a hard- working live-in housekeeper in modern day Sao Paulo.

Val (stunning performed by Regina Casé) is perfectly content to take care of every one of her wealthy employers’ needs, from cooking and cleaning to being a surrogate mother to their teenage son, who she has raised since he was a toddler. But when Val’s estranged daughter Jessica suddenly shows up, the unspoken but intrinsic class barriers that exist within the home are thrown into disarray. Jessica is smart, confident, and ambitious, and refuses to accept the upstairs/downstairs dynamic, testing relationships and loyalties and forcing everyone to reconsider what family really means.

“A deeply moving examination of the essence of family.” – Claudia Puig, USA TODAY

“This densely-layered yet fast-paced drama…dissects with both chilling precision and humor such matters as class differences, real mothers vs. caretakers, and whether privilege and one’s own station are things that can be questioned or changed.” – Boyd Van Joeij, THE HOLLYWOOD REPORTER

“One of the most accomplished, sure-handed films of the [2015 Sundance Film] festival.” – Sydney Levin, INDIEWIRE

“Easily one of the best films I’ve seen this year. It’s deeply satisfyingly to see a story so deceptively simple unfold with such thoughtful and thought provoking resonance.” – Sasha Stone, AWARDS DAILY

“A smart yet subtle portrait of the incalculable riches of a good relationship between parents and children.” – Monica Castillo, PASTE

“It smartly uses its little moments of humiliation to open our eyes to a world of delicate, but deep, injustice. ” – Bilge Ebiri, VULTURE

“A magnificent drama about the charged relationship between household help and the household.” – Dana Stevens, SLATE

The Second Mother is a film about a set of social structures which have been in place in Brazilian culture since colonial times, and which continue to affect the country’s emotional architecture to this very day.

I started writing this script twenty years ago when I had my first child and realized how noble a job it is to bring up a child. At the same time, I also noticed the extent to which this task is devalued by Brazilian culture. More often than not, rather than looking after your own baby, you hired a live-in nanny and outsourced most of the work that was considered tedious or draining. What we sometimes forget is that those nannies very often leave their own children with someone else in order to fit into that scheme. This social paradox struck me as one of the most significant in Brazil because it’s always the children who lose out – both those of the employers and those of the nannies. There’s a major problem in the bedrock of our society rooted in how we raise our children. Can there really be an upbringing without affection? Can affection be bought? And, if so, at what price?

The Second Mother should be seen as both a social criticism, and as more. Its direct approach is neither to judge nor glamorize the characters and their actions, but merely to show the naked truth in all of its complexness.

The Second Mother reflects the recent history of the country as well as choices that I have made in my own life. I hope all the love and care that is in this film’s DNA can go further and maybe, in its own small way, help people find new and better places for themselves in the world.