They Called Me King Tiger: A Biography of the Chicano Malcolm X 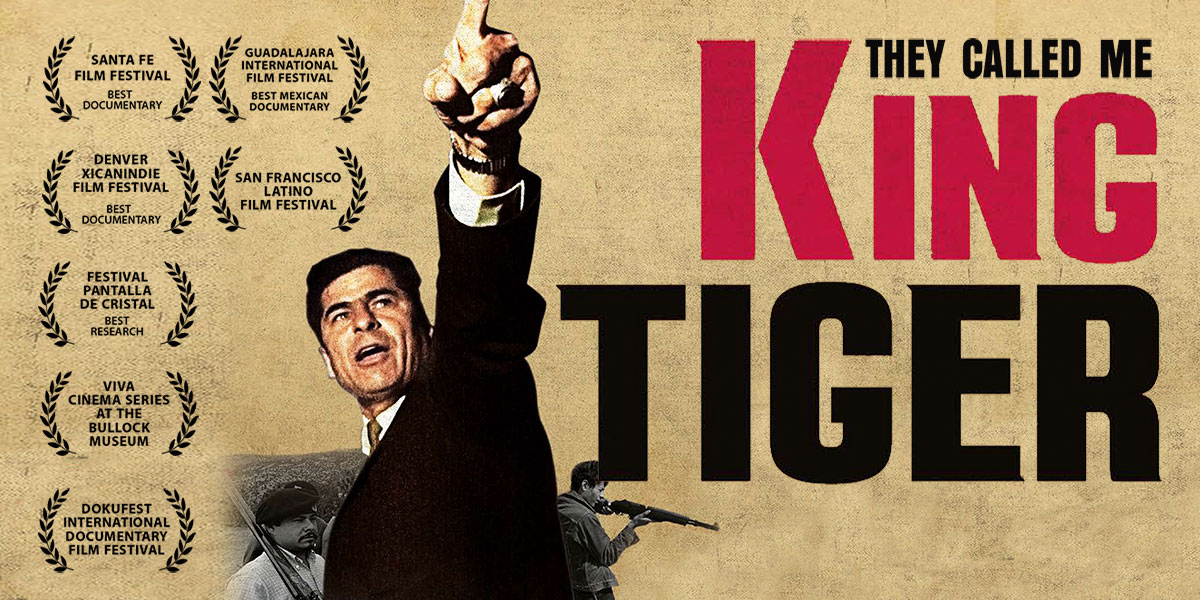 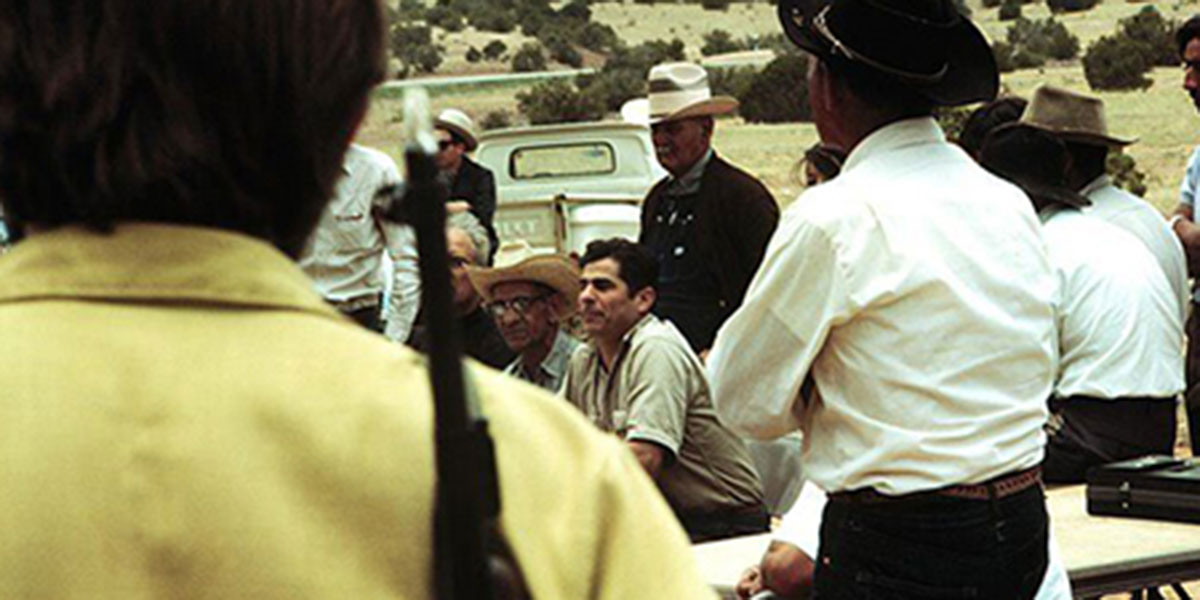 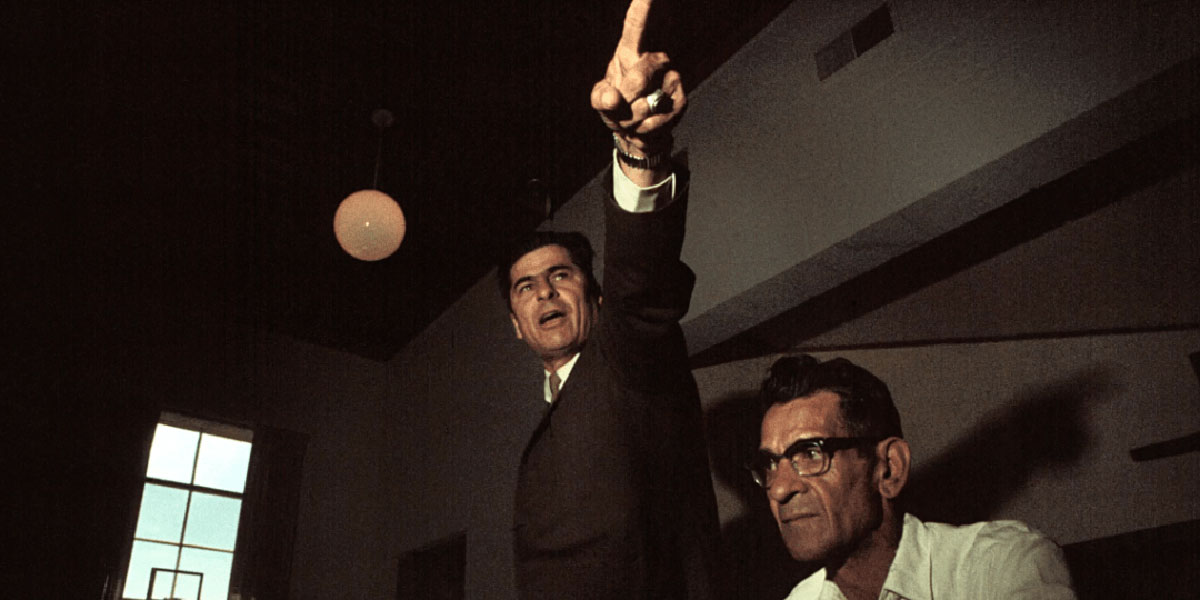 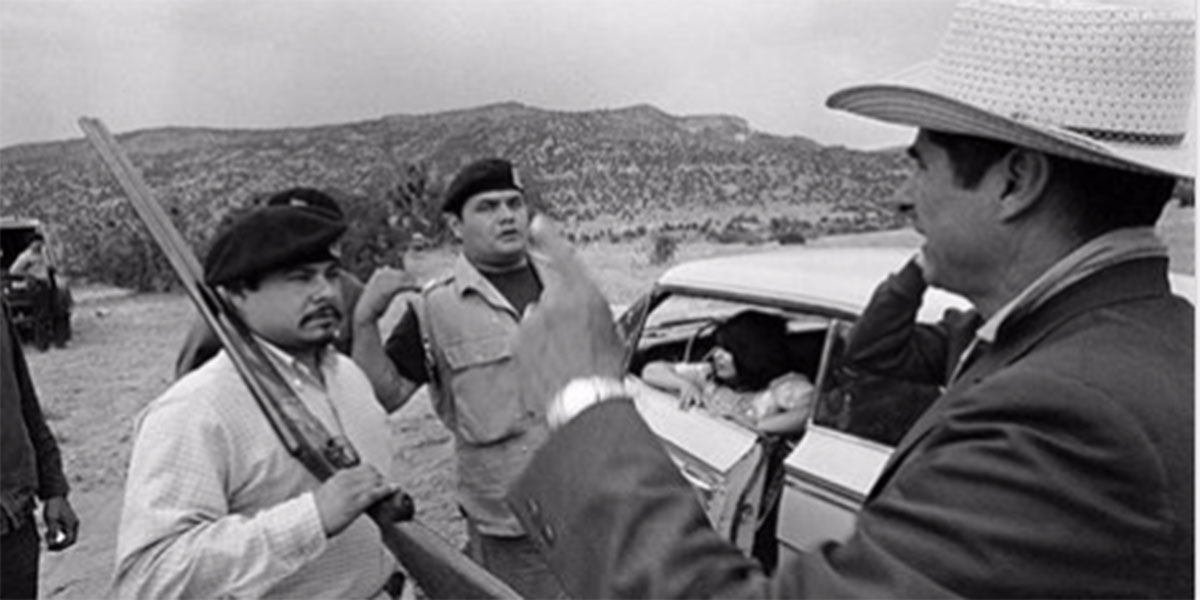 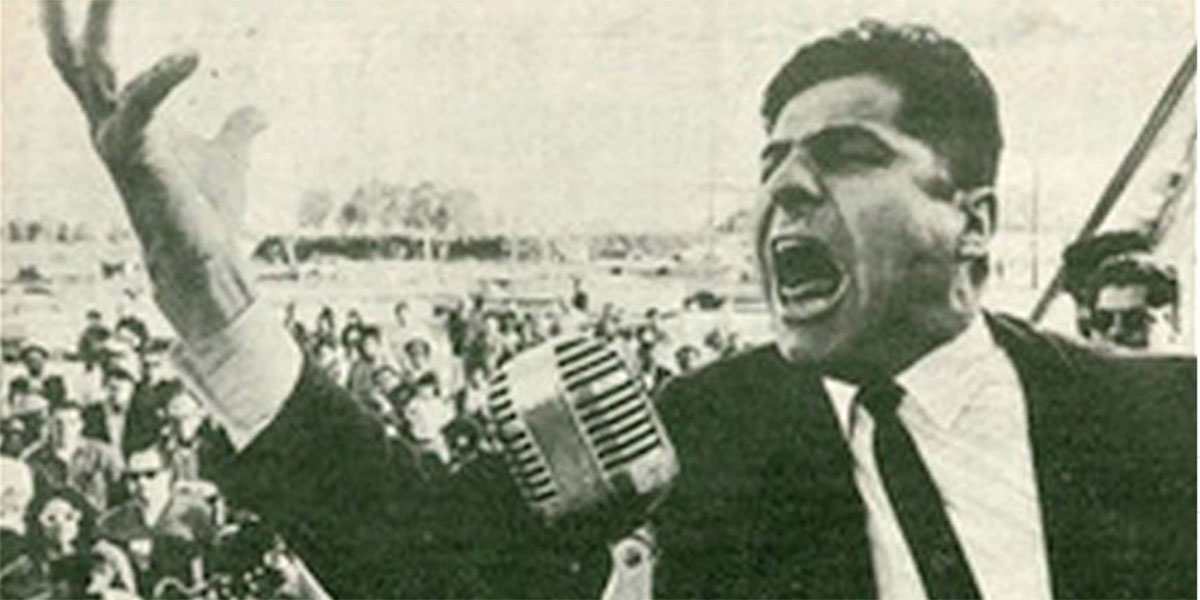 Dubbed “King Tiger” and “the Malcolm X of the Chicano Movement,” Reies López Tijerina inspired Mexican-American college students of the late 1960s and early 1970s to start the Chicano Civil Rights Movement that stressed ethnic pride, ethnic studies, and opposition to police brutality. The Chicano movement eventually faded away, and everyone thought the same of Tijerina. People speak of him as a saint, an illuminated man, a man looking for a fair cause through violence…but at the time of the production of this film, King Tiger was alive, living in Mexico, and wanting to tell his story.

Tijerina was a Mexican-American radical and civil rights activist who led a land-grant movement in northern New Mexico from 1956 to 1976. He organized hundreds of Chicanos to demand repatriation of land confiscated by Anglo surveyors.

In June of 1967, the court of Tierra Amarilla, New Mexico, was assaulted by armed men under Tijerina’s command. The outcome resulted in the largest manhunt in the recent history of the United States. They Called Me King Tiger attempts to offer a balanced view of Reies López Tijerina, with testimonials from Tijerina’s relatives, activists, academics, and policemen who participated in the Tierra Amarilla event.

“Remarkably rare and revealing piece of filmmaking, Estrada Soto's documentary immediately earns a spot in the canon of classic historical filmmaking. Whatever you think of Tijerina, an outside agitator from Texas, this is a brilliantly made documentary.” – Aaron Cantu, Santa Fe Reporter

“A powerful documentary about the incendiary Latino activist Reies Tijerina who on one occasion actually took up arms against the U.S. government. ”In these Trump days, this is a story we ought to remember or discover,” Salcedo Romero insisted.” – John Hopewell, Variety

“...a history that I had no idea of, but can learn a lot to in order to not repeat the same mistakes.” – Marlen Vargas del Razo

“His lens recreates the viciousness of a system that twice prosecuted Lopez Tijerina for the same cause and the torture he was subjected to silence him and stop his frantic activism, but the director manages to go beyond man. The documentary allows to see an unfinished struggle.” – Mari Carmen Rello, Milenio

He combines his occupations as a cultural activist and documentary filmmaker as well as teaching documentary, script and editing subjects at the University of Ciudad Juárez. His works have participated in festivals and exhibitions in several countries. In 2008 he got nominated for an Ariel award for his documentary Mago…The mystery of life.

“I want to think that this story can help us get closer to the other Mexico that is in the United States and that other Mexicans inhabit. It is important to approach these realities…They started claims for the land through legal channels, but they were discriminated against, ignored. There was no way to establish a dialogue and that led to a radicalization. That’s something that now, with the Trump government, is back. I think the documentary is a reminder that, due to the conditions we are living, that can happen again.”- Angel Estrada Soto