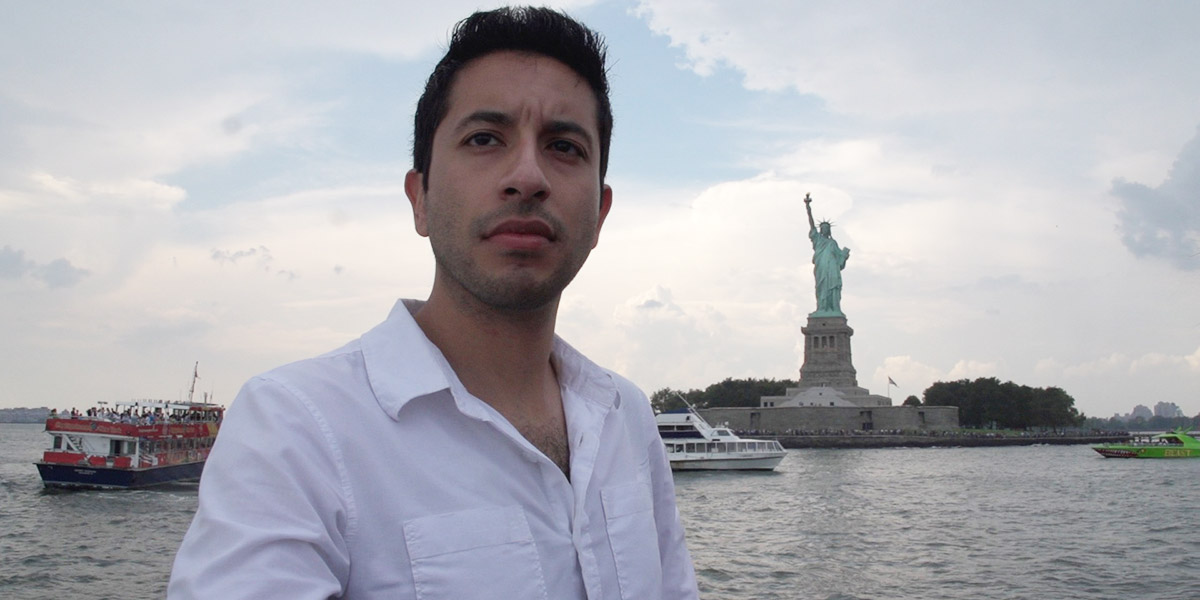 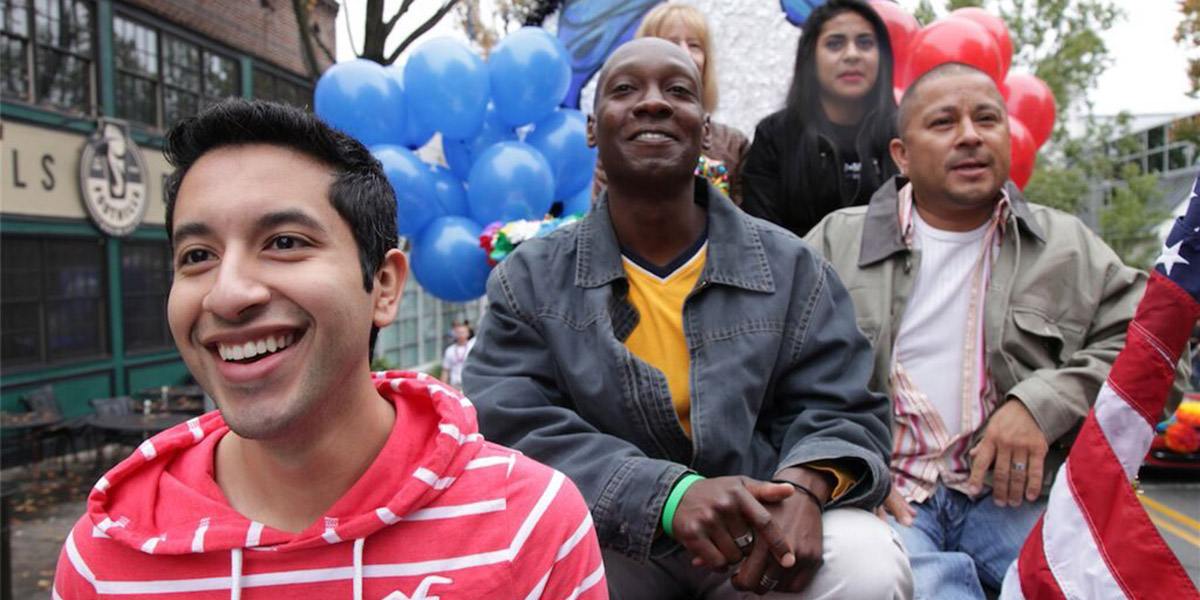 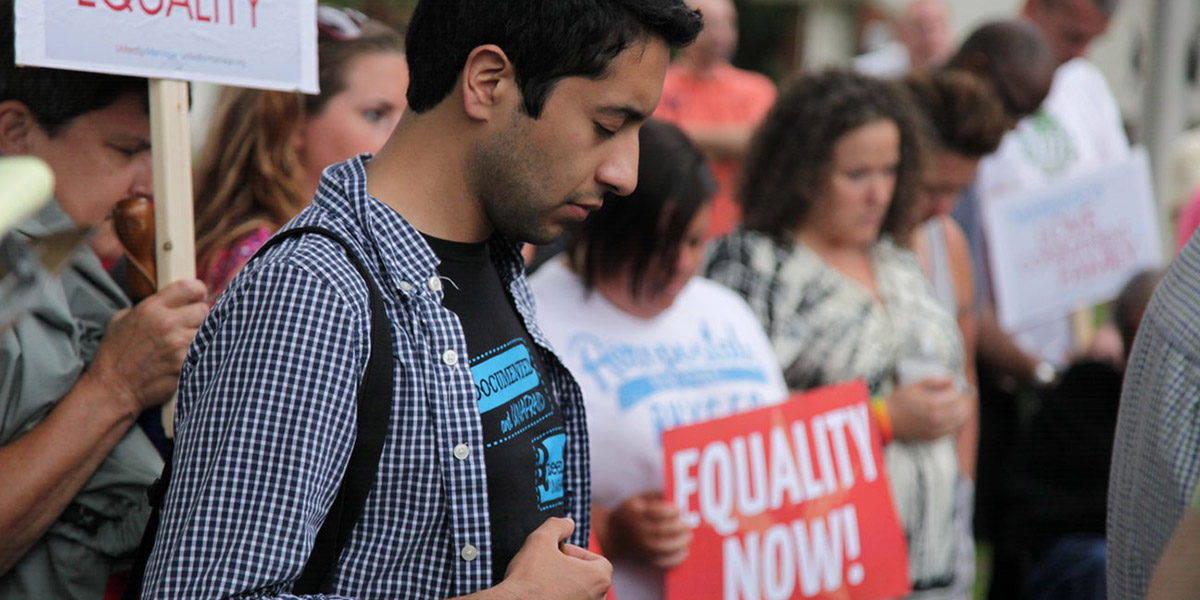 Guido Models(Guido Models)Julieta Sans Guido Fuentes is a Bolivian immigrant who lives in Villa 31, the biggest slum in Buenos Aires, where he runs a modeling agency and academy for local ...

Two hot-button issues come together in Forbidden: Undocumented and Queer in Rural America. As Donald Trump rails against Mexican immigrants and LGBTQ community, we are introduced to Moises Serrano, who came to America from Mexico when he was 18 months old. Since he was not born in America, Moises is not a legal immigrant. We soon learn that Moises also happens to be gay, and in North Carolina, that presents another set of challenges.

Moises’ larger crusade as an activist is to expand the rights of undocumented people trying to survive in America. An urgent and necessary documentary, Forbidden humanizes the issues, proving eye-opening and inspiring to audiences.

Touching upon relevant issues such as DACA, the DREAM Act, and DOCA, Forbidden highlights the need for advocacy and awareness surrounding immigration reform and LGBTQ rights.

Tiffany Rhynard is a filmmaker, choreographer, and activist. Having created over 60 works for stage and screen, her choreography, dance films, and documentaries have been presented nationwide and internationally. Her dance for the camera pieces have screened at film festivals such as the Dancing for the Camera at the American Dance Festival and at ScreenDance Miami where she won First Prize for her film Invisible Queens. Her first documentary, Little House in the Big House won Best Documentary at the Central Illinois Feminist Film Festival. She is currently in post-production for Black Stains, a docu-dance film collaboration with choreographer Trent D. Williams, Jr. that addresses dynamics of black male identity in the 21st century. The project is supported in part by Dance Films Association.

“Moises Serrano, who came to America at the age of 18 months, makes an effective crusader for immigration reform in this revealing documentary...The film should prove eye-opening and inspiring to audiences.” – Stephen Farber, The Hollywood Reporter

“Like so many other DREAMers, Moises’s story is one of feeling adrift and alienated in the same country that he’s always called home. But as so many before and beside him, Moises has become an outspoken advocate for immigration reform.” – Manuel Betancourt, Remezcla

“[A] sheer joy. Forbidden is one of those wonderful feel-good movies that makes you appreciate that as long as there are Moises Serranos in the world, there is hope for all of us.” – Roger Walker-Dack, EDGE Media Network

“You’ll find yourself falling in love with Moises Serrano, the subject of Tiffany Rhynard’s intelligent and moving documentary. Ultimately a story of love conquering hate Forbidden is authentic and realistic in portraying the obstacles that Serrano has faced throughout his life.” – Richard Propes, The Independent Critic

“The film...shuttles effortlessly between Moises’s speeches at immigration panels and his advocacy at pride events. Between stories of how his family has been shackled by unfair rulings on immigration and his breathless joy at hearing the Supreme Court strike down the Defense of Marriage Act. ” – Manuel Betancourt, Remezcla

“Puts a lot of the politics behind the ongoing immigration debate aside to give us a personal take on what it’s like living in the United States under the constant threat of deportation. [The film] does a wonderful job of presenting a more personal perspective on the topic as well as debunking myths about undocumented immigrants, challenging long-held stereotypes and highlighting the far-reaching effects of the convoluted immigration policies in the United States.” – GayEssential.com

Our mission is to bring awareness and urgency to basic human rights issues. Moises faces significant hurdles based on his undocumented status, his sexuality, and the limited resources available living in a rural area. His story of personal transformation inspires audiences to ask reflective questions: How can obstacles in our lives lead us to our life purpose? How can we create change in our communities, state and country? How can different oppressed groups work together for justice?

Moises is an ideal character for challenging stereotypes about undocumented immigrants and same-sex couples. Viewers can readily connect to his passion, complexity, and all-around likability. His story relates directly to the 11 million undocumented immigrants currently living in the U.S., and LGBTQ individuals fighting for equality and civil rights.