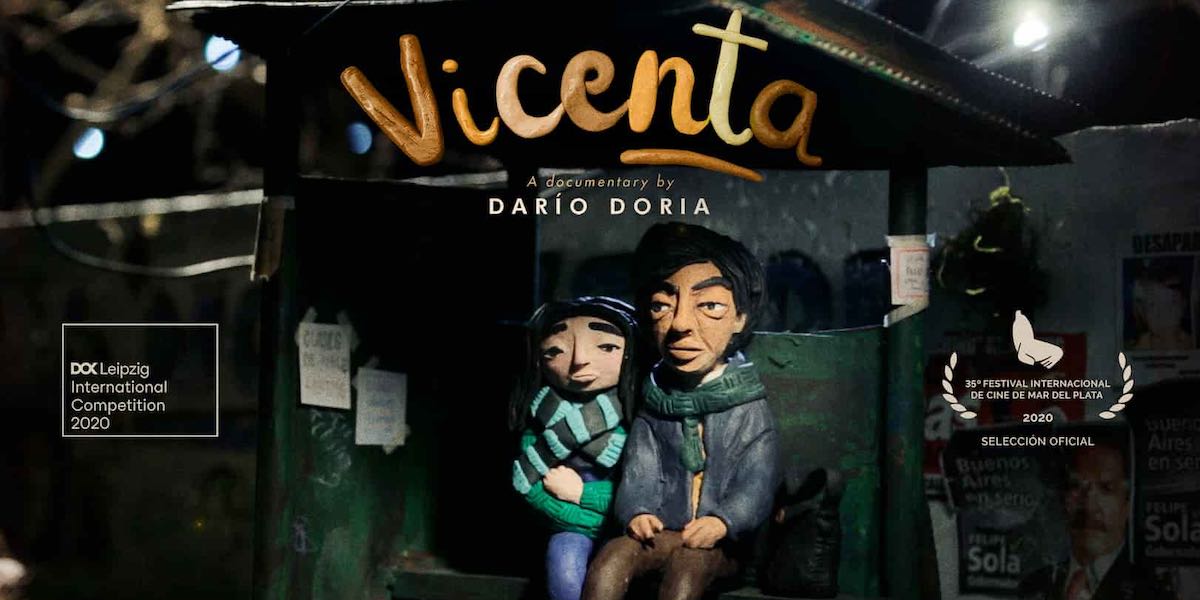 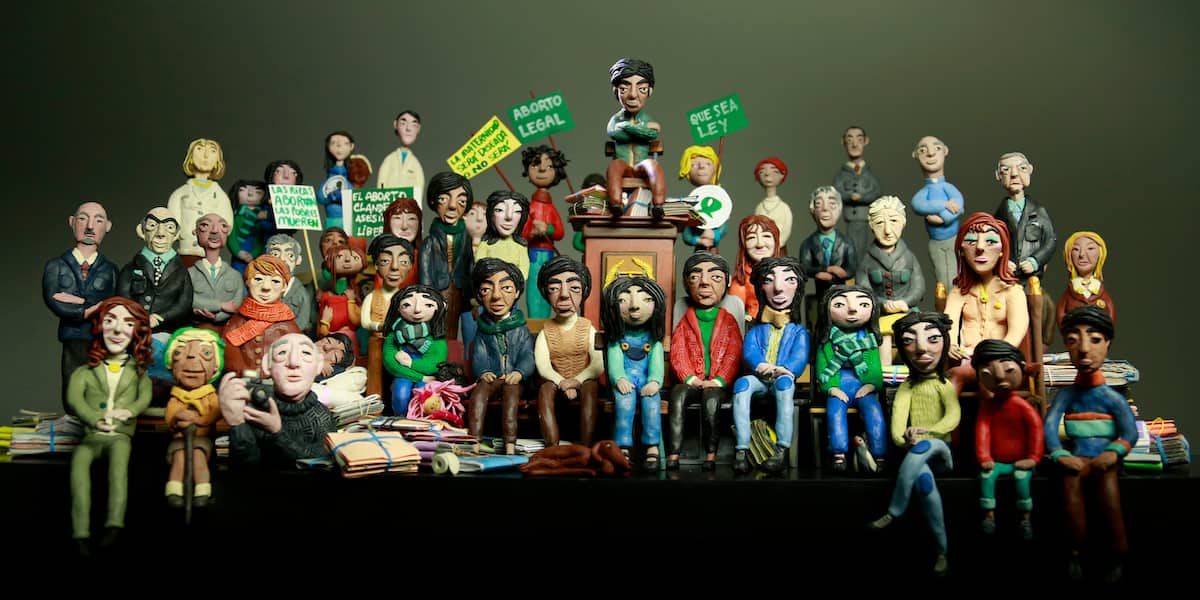 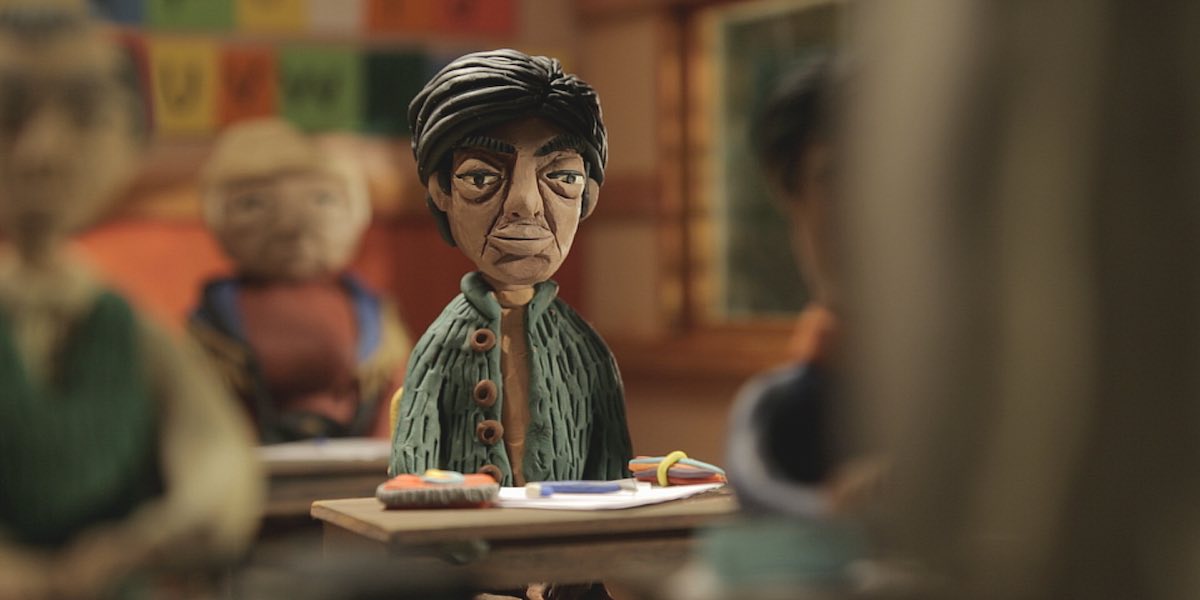 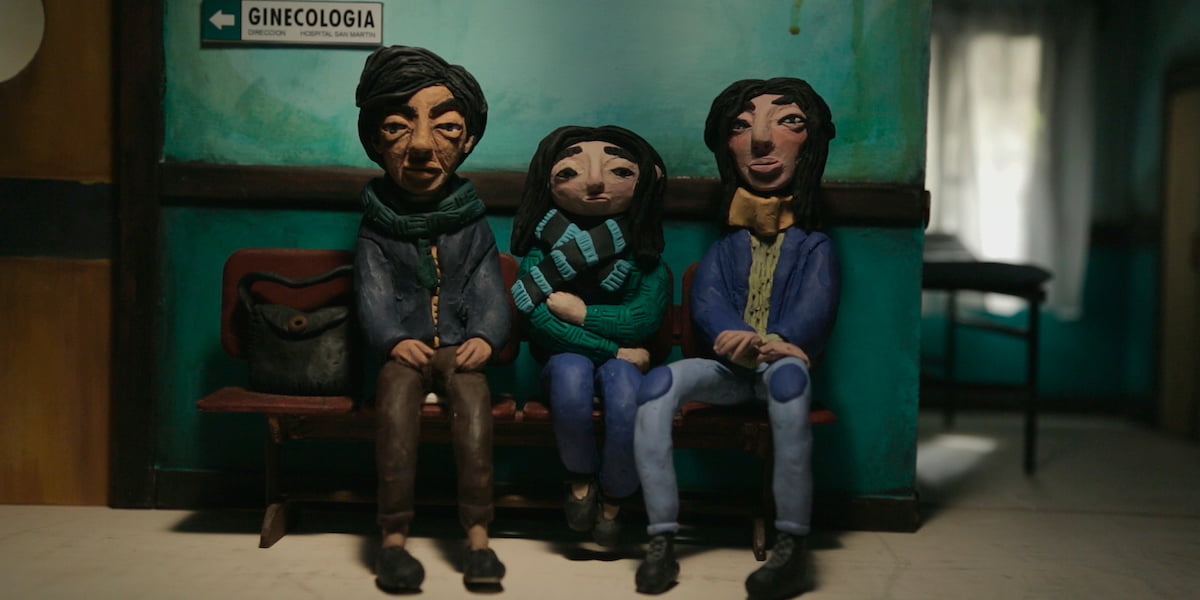 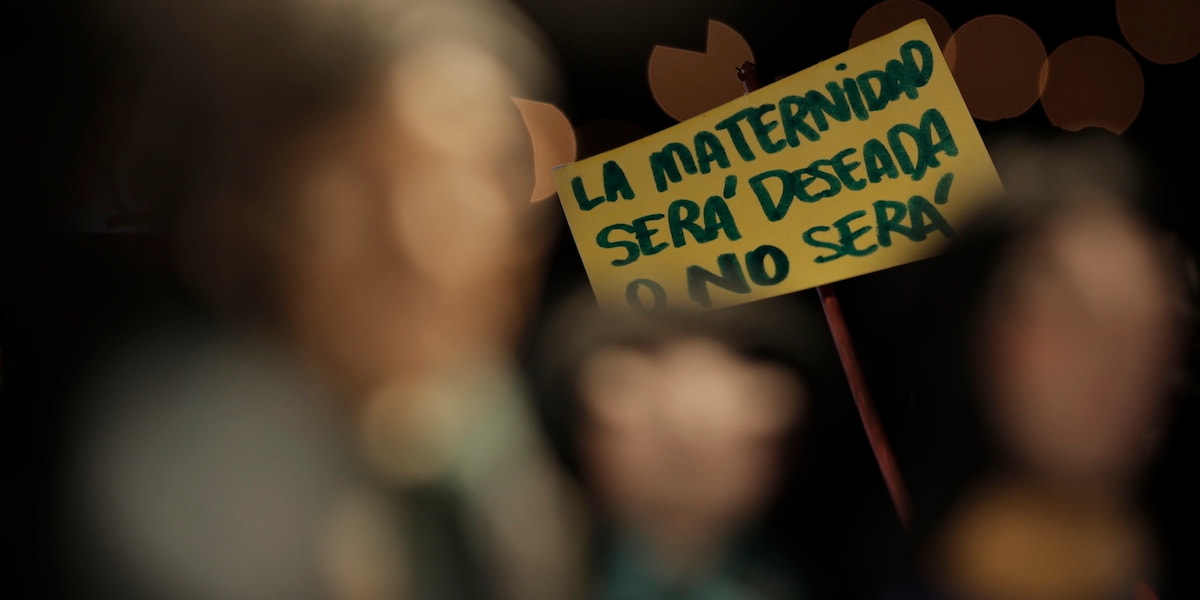 A film as necessary as it is beautiful, Vicenta explores the struggle for the right to a legal, safe, and free abortion.

Through small clay figurines and live-action news clips, the documentary narrates the real human rights story of Vicenta, an illiterate working-class woman who cleans houses for a living. During a visit to the doctor, Vicenta discovered that her teenage daughter Laura, who is mentally and physically disabled, had been raped by her uncle and is now pregnant. The law is clear: Laura can have an abortion. But the system put all kinds of obstacles in her way to prevent her from exercising her right.

With few resources and alone in her fight, Vicenta attempted to navigate a political and medical system that refused to help. Desperate, she took her story to the media. As mass pro-choice and anti-abortion demonstrations ensued, three women joined in her fight and helped Laura terminate the pregnancy.

Despite the positive outcome, Vicenta took her case to international courts to prevent other people from going through what she did. In 2011, the UN Human Rights Committee ruled in her favor, condemning the Argentine State for violating the right to legal abortion.

“Using clay characters to tackle a powerful story of activism against the Kafkaesque bureaucracy in Argentina, director Darío Doria reveals a crucial and painful fight for a woman's right to choose. It celebrates the tireless dedication of a mother through moments of quiet perseverance...a powerful example of how documentary animation can reveal unseen worlds usually outside her scope.” – Jury Statement, Int'l Leipzig Festival for Documentary and Animated Film, FIPRESCI Award

“Poignant and moving, Vicenta is a must-see documentary for those seeking to understand the numerous challenges that a female caregiver of a disabled minor confronted when seeking a remedy to her daughter’s sexual abuse. Doria’s film shines the light on a courageous woman who, despite her lack of education, had considerable clarity about her complex situation which involved her daughter. Without histrionics, her actions bring to a fore the features of a judiciary system that even though it is tasked with upholding rights, deprives some citizens of their human dignity.” – Carolina Rocha, Southern Illinois University Edwardsville

“The captivating animation is a painstakingly accurate portrayal of Vicenta’s feelings as she navigates a bureaucratic maze—and emerges victorious.” – Doc Aviv

“Vicenta conveys the details of this truly incredible imposition in the form of a fable in which plasticine figures seem rooted to the spot in a Kafkaesque nightmare.” – Ralph Eue, film-documentaire

“The resource of animation, very well handcrafted and achieved, gives an austerity and sensitivity to the narrative that reinforces the empathy that the story generates by itself.” – María Fernanda Mugica, La Nacion

As a young man, Darío Doria (Buenos Aires, 1969) thought it would be a good idea to study Electronic Engineering, but luckily he thought better of it and studied Image and Sound Design at the University of Buenos Aires instead.

In the 1990s, Doria started working in advertising, but when he discovered documentary filmmaking, it captured him forever. His filmography includes Cuatrocientos Cincuena (2001), Grisinolopis (2004), Elsa and Her Dancers (2011), and Salud Rural (2014). Vicenta (2020) is his latest film.

“In light of what Vicenta had to face, I have no doubt that it is full of motherfuckers out there. And I’m not talking about the father who abandoned them or the uncle who raped her. That is another issue. I mean the judges, heads of government, ministers, directors, medical personnel of public hospitals, and other officials who should have respected and cared for Vicenta and his daughter and did not.

How bad does a person have to be to force a young woman with a mental disability to appear every 15 days in court to show that her pregnancy as a result of sexual abuse is still underway?

Abuses and injustices like these have this story in spades. But it was not anger or outrage which led me to make this movie. No. If I worked for more than five years on this, I did it out of admiration for Vicenta and the enormous and victorious fight she has given. Because, if the abortion had not been carried out; if the will of the family had not been fulfilled, I would have never told this story. It would have been a be a very sad documentary, one of those that I don’t like at all because they take away our desire for everything. Quite the contrary, this film aims to be a celebration, a small tribute to this great woman.

Hopefully, Vicenta excites and thrills the audience as much as she inspired me. Hopefully, people leave the cinema saying, ‘How brave this woman is, what an incredible story!’”