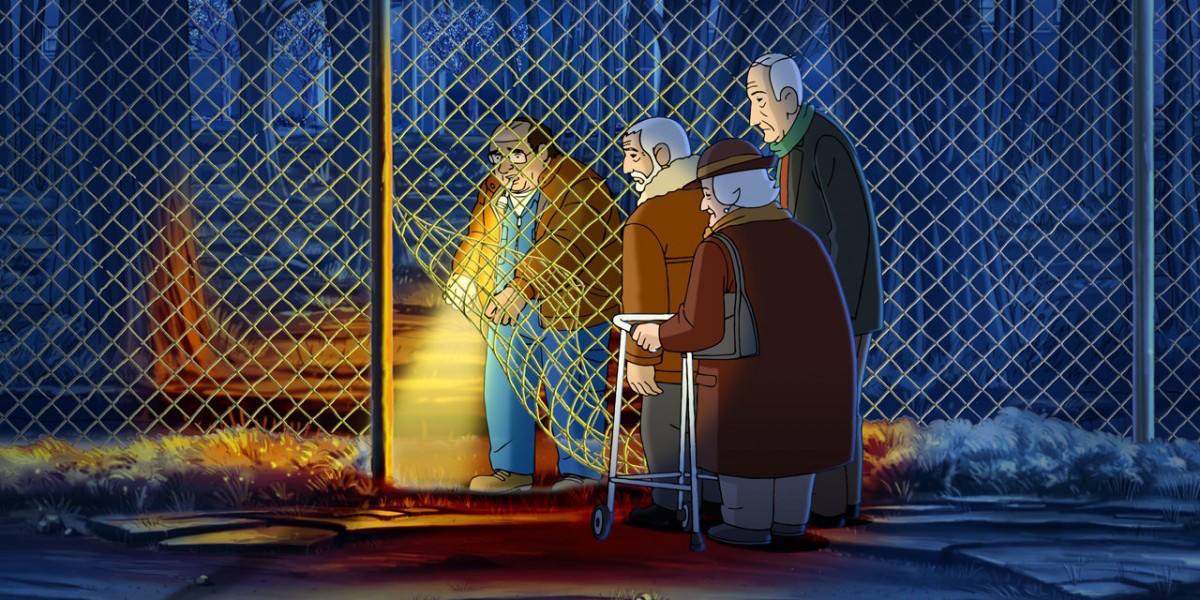 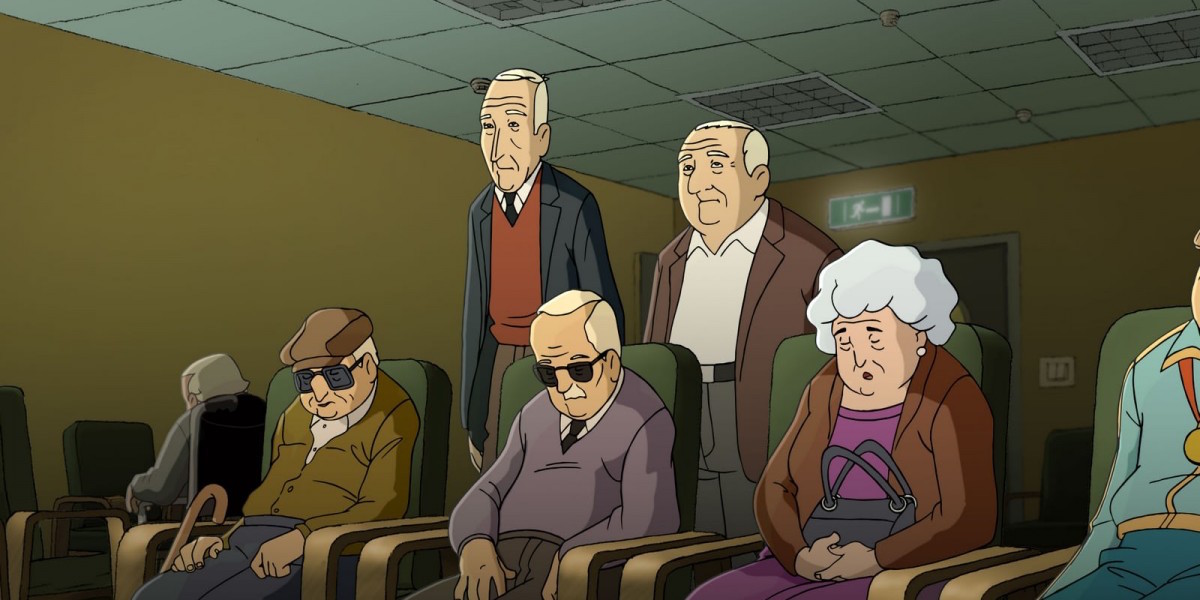 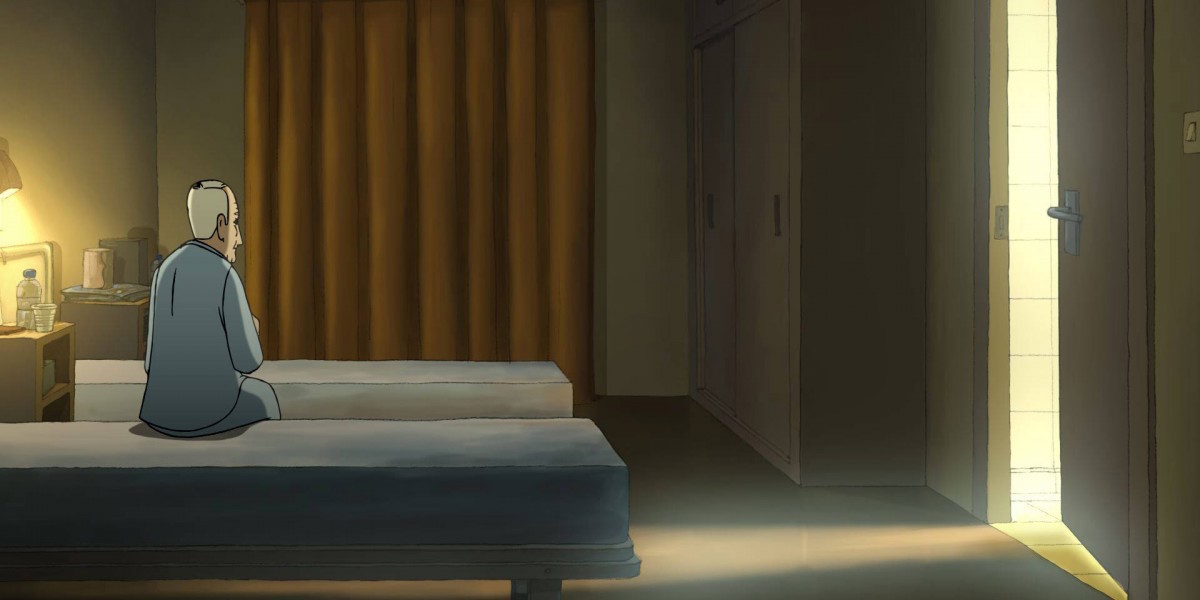 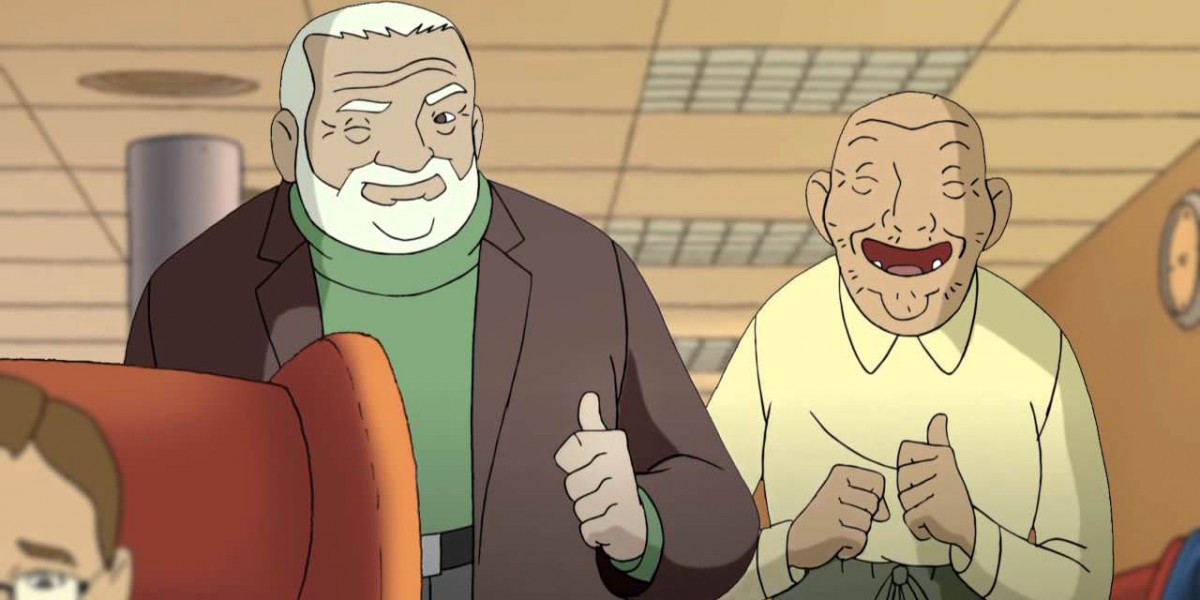 Based on Paco Roca’s award-winning graphic novel, Wrinkles illustrates the visual beauty and tender emotion that can be created by traditional animation as it tackles a universal subject matter with humor and acerbic wit. When former bank manager Emilio’s family sends him to a retirement home, his new roommate is a wily wheeler-dealer named Miguel who cheerfully swindles small amounts of cash from the more disoriented residents but is also full of handy insider tips that are crucial to survival. We are introduced to daily pill regimens, electric gates, and an eccentric cast of characters who rebel against institutional authority while doing everything in their power to avoid being assigned to the dreaded assisted living wing—from which there is no return. The hand-drawn animation style allows the film to move freely between the reality-bound daily lives of the ‘inmates’ and their more colorful dementia-induced fantasies, leaving plenty of room for both tears and laughter and pulling no punches in its critique of society’s attitude towards the elderly.

“Outstanding! A Genuine Crowd Pleaser!…Imaginatively and sensitively explores one of the major issues confronting most of the developed world.” – Neil Young, THE HOLLYWOOD REPORTER

“Thought Provoking!…The subject of old age gets the kind of attention it deserves but is too rarely afforded in the affecting Wrinkles. Featuring lovable characters and a beautifully crafted, understated plot that emerges elegantly from their fears, fantasies and forgetfulness.” – Peter Debruge, VARIETY

“Four Stars! (Highest Rating) This tremendously poignant animated dramedy, based on Paco Roca’s graphic novel, sets out to prove that getting old is anything but kid’s play.” – Elizabeth Weitzman, DAILY NEWS

“The source material´s emotional authenticity has been transferred intact to the screen” – Jonathan Holland, VARIETY

“One of the better films to emerge from the San Sebastian Film Festival this year.” – Fionnuala Halligan, SCREEN INTERNATIONAL

“Students loved this movie, and this produced good results in course assignments…Students were asked to write a movie review of one of the films, and more than 75% chose Arrugas as the movie to write about. They were touched by the humorous way in which this delicate topic was presented and really enjoyed the ups and downs of this animated story.” – Mónica Rodríguez, Assistant Professor of Spanish and Translation Studies, UNC Charlotte

Ignacio Ferreras is an Argentine creator of animated films who takes on a variety of tasks: director, animator and screenwriter. He worked at all three of these jobs on How to Cope with Death (2002), in which an old woman wages a successful battle against the Grim Reaper, and on his contribution (“1000c SMS Finals”) to the 12-part omnibus film Tokyo Onlypic 2008 (2008). He created the storyboards for Asterix and the Vikings, and helped animate Sylvain Chomet’s French feature The Illusionist (2010), whose script was inspired by a letter Jacques Tati may have written to his step-daughter. The focus of Wrinkles, based on award-winning comics by Spain’s Paco Roca, is once again old age and the effort to withstand external pressures. Ferreras also lectures at Denmark’s prestigious National Film School and at Volda University College in Norway.

Wrinkles tells the story of Emilio, an old man who suffers from Alzheimer’s and is sent to live in a Spanish care home, and of Miguel, Emilio’s room-mate, an Argentinian with no family of his own. There are other characters and stories intertwined with this main story, but the film really centers on the relationship that develops between the two main characters in this drama that also has humor and fantasy.

I think it is a special and an emotional feature precisely because it is not a film about something unusual or extraordinary, but it deals with things that happen to everybody, in their ordinary lives. More than anything I think Wrinkles is a film that reminds people of their own stories and their experiences with relatives who might have suffered from some form of dementia, who spent their last years in a care home or who just see how their parents get old, so it is something very close to people.