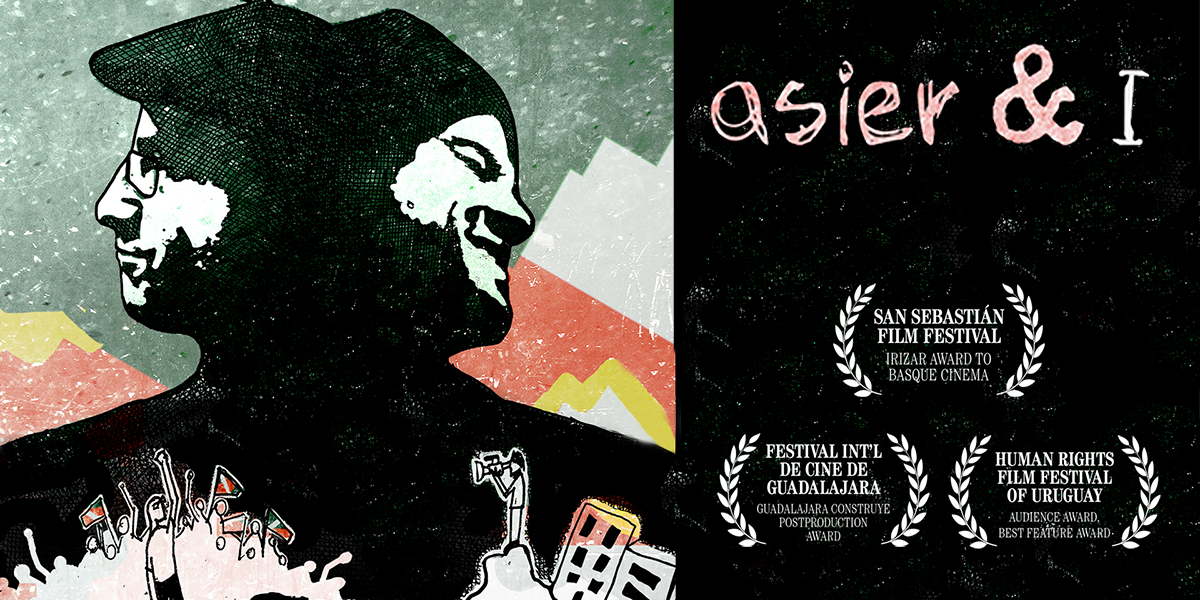 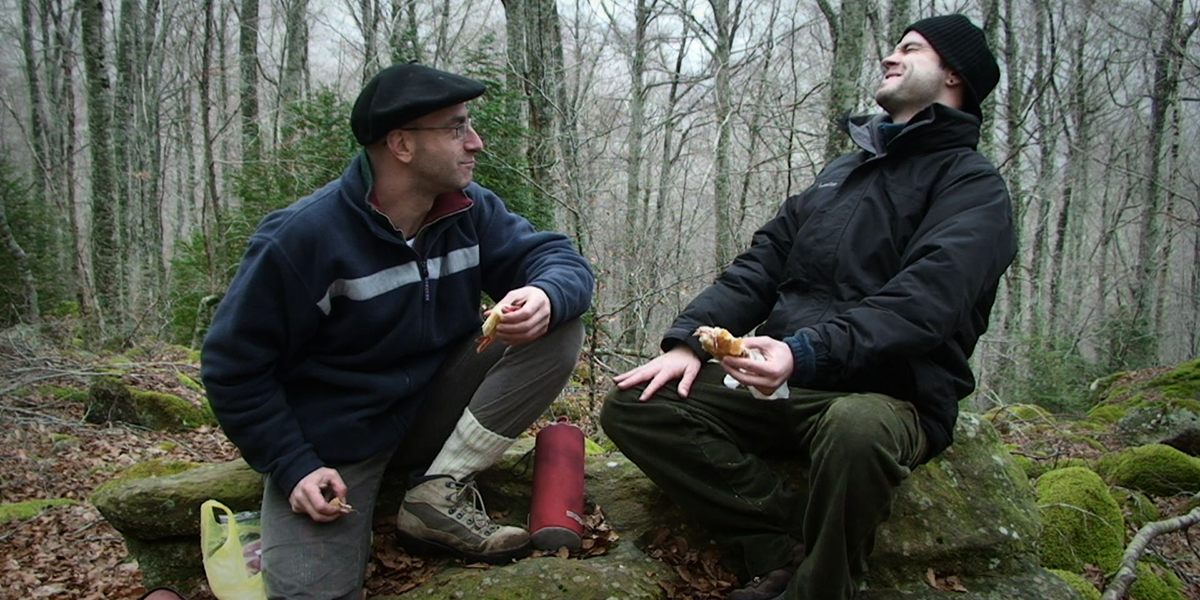 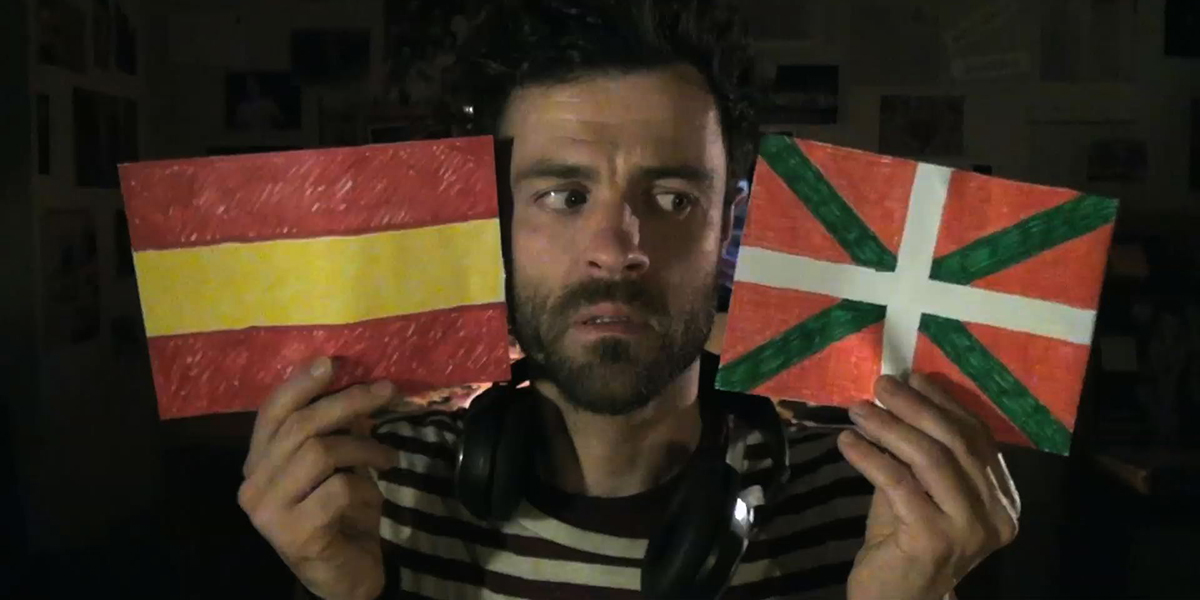 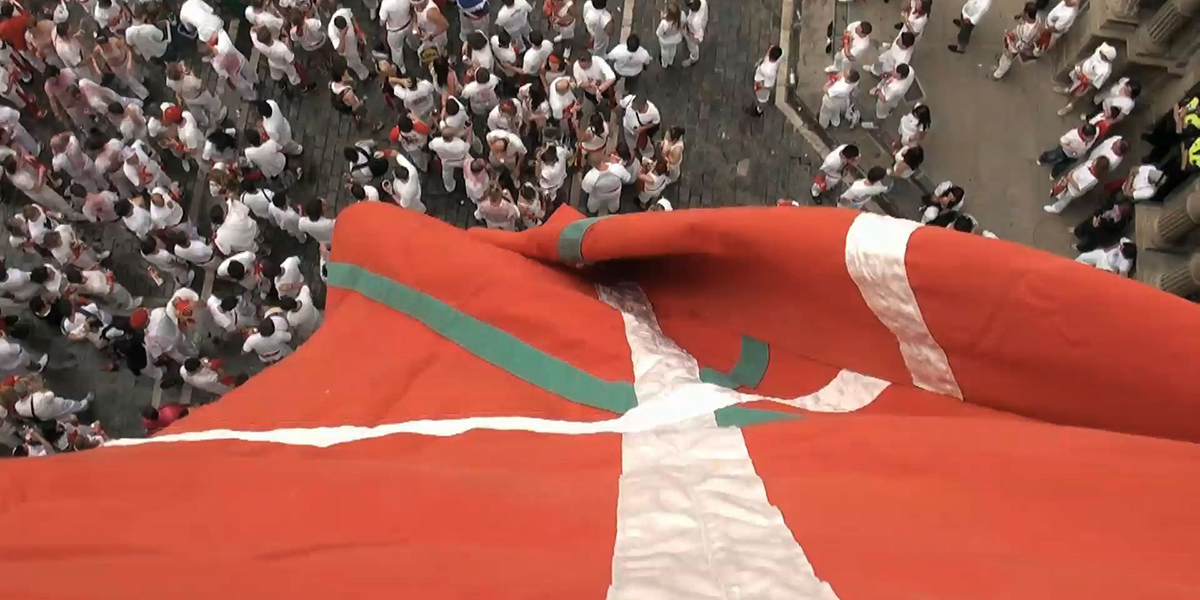 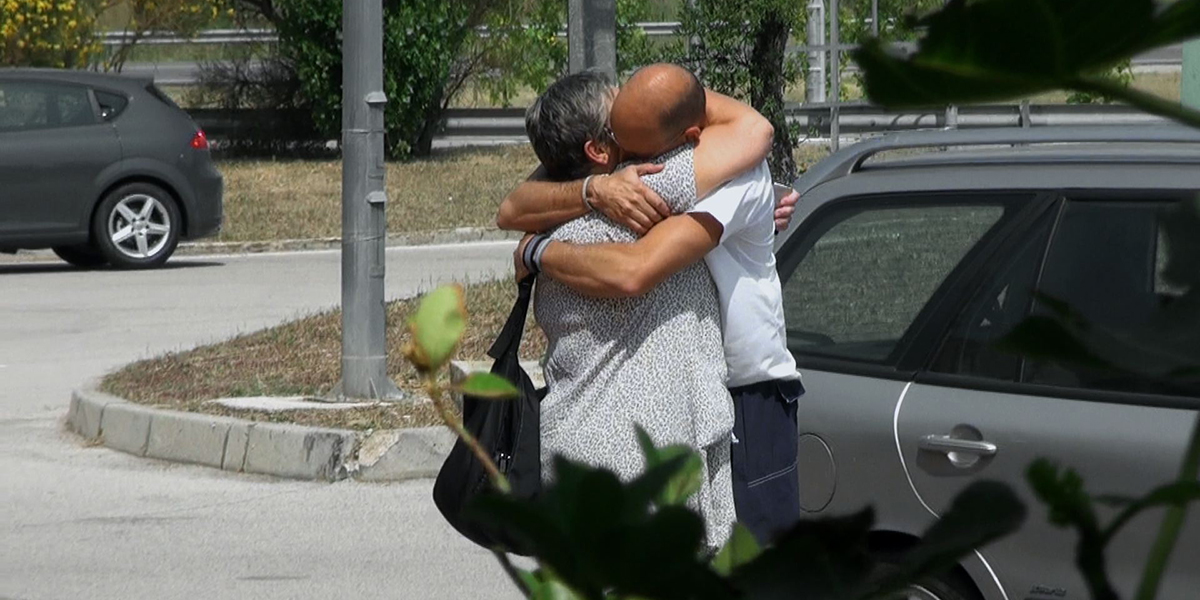 Asier and I tells the story of the friendship between Aitor and Asier Aranguren from their time growing up together in the conflict-affected and politicized eighties of the Basque Country. Eventually, Aitor moved to Madrid to pursue his dream of becoming an actor, and Asier joined the terrorist group ETA. Years later, Asier was arrested and interned in a French prison, where he was detained for eight years.

When Asier was released in 2010, Aitor wanted to recover his relationship with his childhood friend and try to understand what could have led to him to join ETA, so he went to his release in France with a camera in order to tell this story.

Beyond the story of Asier, Aitor, and the Basque conflict, the film raises universal questions: can we justify blood crimes on the name of an ideal? Can friendship transcend ideology and political extremism?

Narrated with humor and cinematographic devices such as direct address, Asier and I does an excellent job at keeping the spectator engaged throughout the film. The documentary remained in Spanish theaters for an impressive four months.

“In light of the increase in political terrorism in our world today this film is particularly relevant to several subject areas. Students, faculty, and citizens interested in how terrorism and violence may be internalized and become an accepted way of responding to the need for political change may find this film a beneficial part of their discussion. Moreover, the case of Asier and Aitor serve as valuable inspiration in helping to resolve identity in pro social ways. Highly Recommended.” – Malcolm L. Rigsby, Department of Sociology, Human Services, & Criminal Justice, Henderson State University, Arkadelphia, Arkansas, Anthropological review databse

“Asier and I by siblings Amaia and Aitor Merino has the courage to expose very difficult issues to whomever wants to learn of their merits and weaknesses.” – Jordi Costa, El PaÍs

“And all this is part of a careful contextualization of the film, which not only depicts the lives of its main characters, but also manages to reproduce the asphyxiating climate of the different phases of Spain, a country recently touched by terrorism.” – Jose Cabello, Cine Divergente

“Asier and I strikes the perfect tone in narrating both meaningful and painful things without transforming them into an existentialist trope…The film provokes, raises questions, and entertains at the same time.” – Ivonne Guzmán, El Comercio

Aitor Merino has developed his career mainly as a film, theater and television actor, working in more than twenty films under the orders of directors Montxo Armendariz, Pilar Miró, Carlos Saura Medrano, Manuel Matji and Icíar Bollaín, among others. His first short film as director, The Pan Nuestro, was nominated for the Goya Awards. Asier and I, which he directed with his sister Amaia, is his first feature.

Amaia Merino works and resides in Ecuador. During the last fifteen years she has edited some of the most recognizable features films of the country. She teaches editing and screenplay tutorials at the Technological Institute of Film and Performance, INCINE, since 2006.

Asier and I grew up together in the troubled streets of the Basque Country during the eighties. Later in life we went our separate ways and I moved to Madrid.

In March 2002 Asier disappeared. He had become a member of ETA. He spent the next eight years in prison. During that time, I talked a lot about Asier with my friends in Madrid about how special the friendship was for me. But often, the conversation led to questions for which I found no answer: How could I make them understand my friendship with a member of ETA? How could I make them understand what might have led him to a decision that was hard for me to grasp?

When Asier was released from prison, I decided to make a film that would try to answer these questions and perhaps, at the same time, help bridge the divide. But my plan would not be as simple as I expected…