Goya, The Secret of the Shadows 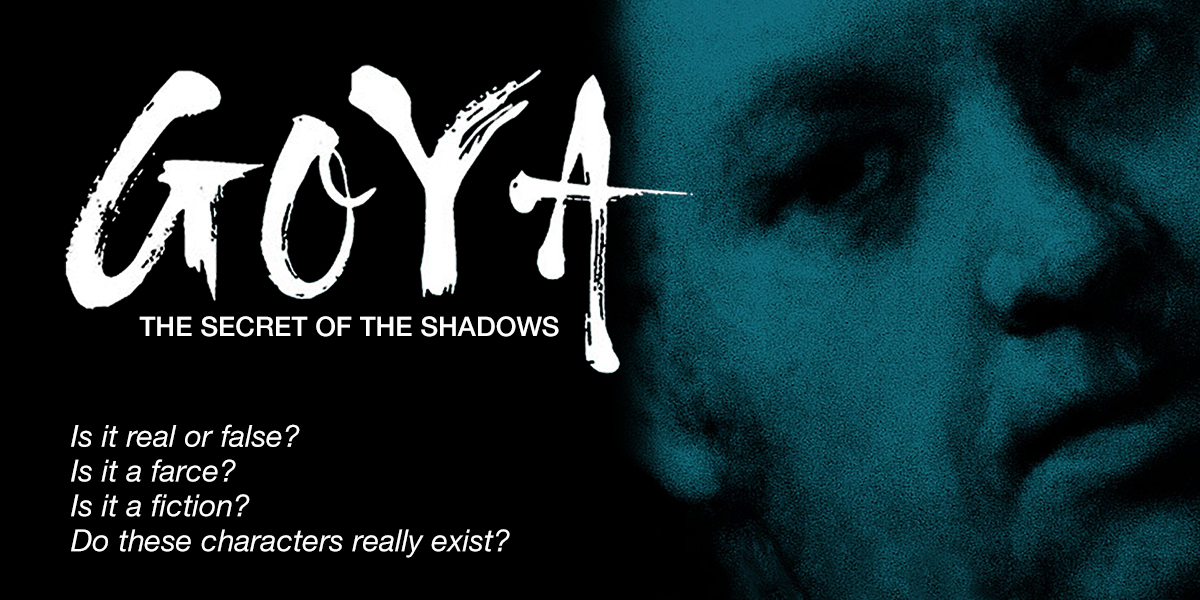 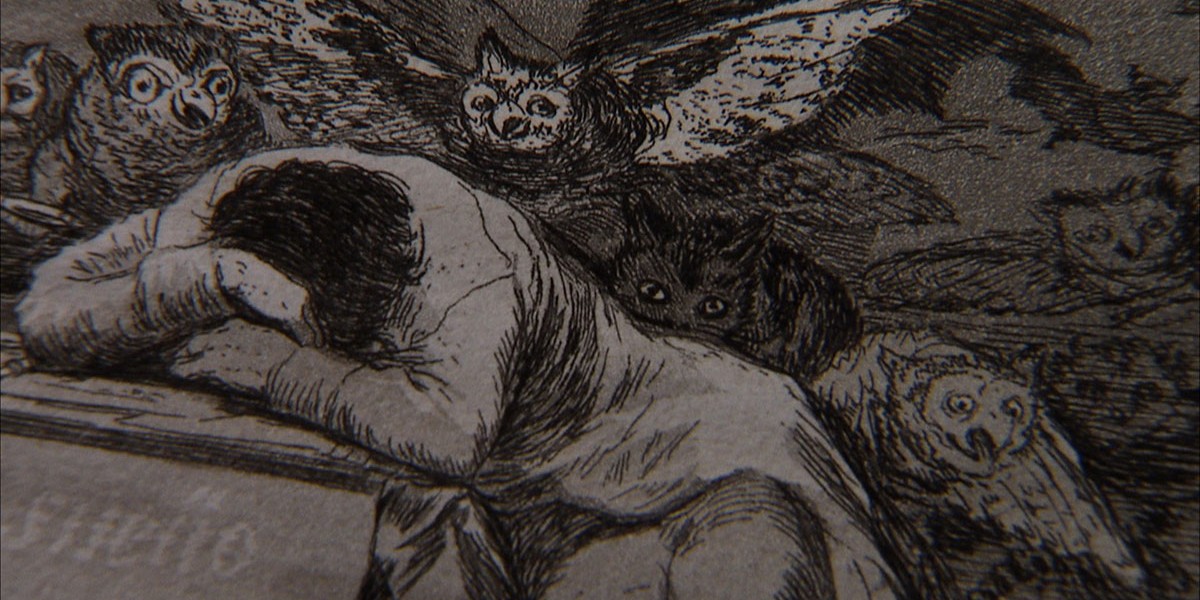 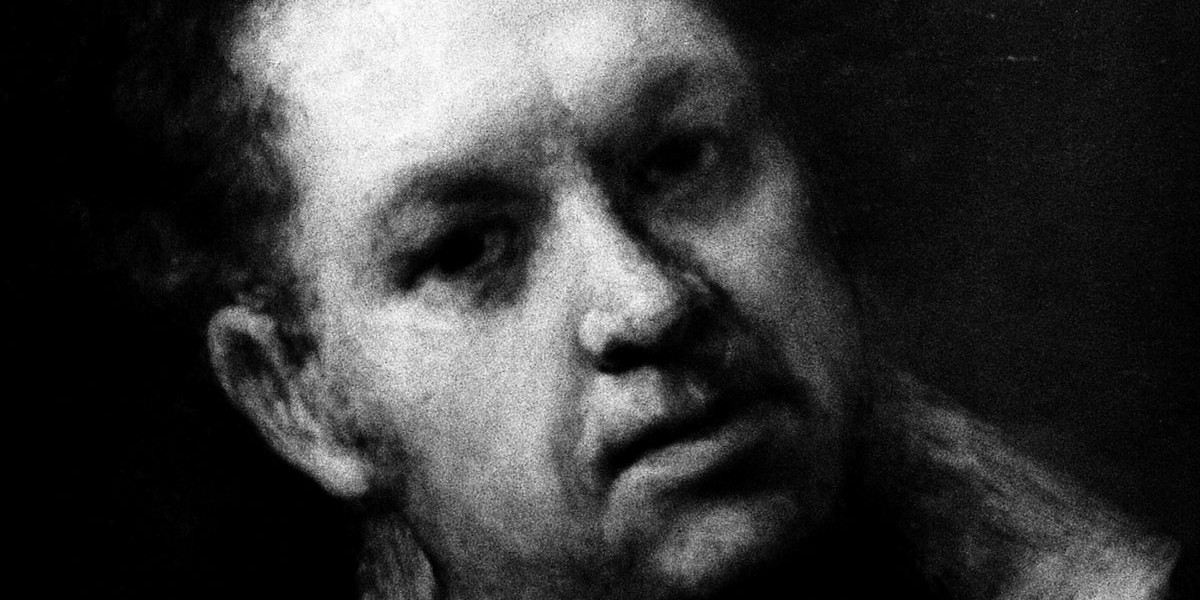 In Spanish, English and Catalan with English subtitles

Ramón, a fine art photographer, purchases an anonymous 19th-century portrait in Barcelona. He and the singular experts advising him believe that it is none other than a “Goya in the shadows.”
Is it real or false? Is it a farce? Is it a fiction? Do these characters really exist? What are we talking about? A painting? The art market? Goya? Or about Spain? The acquisition of the portrait is the starting point of a journey d’auteur—an approach unique to this particular piece and a contemporary look into the art world, Goya’s universe, and the extraordinary legends that surround him. Mauas draws a suggestive and very personal vision of the great Goya…Investors, handwriting experts, art restorers, auction houses, Spanish State Police Brigade for Historic Heritage and scholars all around the world brings us their own opinion in a story that reminds us to an investigations of Sherlock Holmes and the extraordinary legends that surround him.

“Mauas traces a journey that goes from the legend to the social phenomenon, proposing a reflection on art as a business, with the schemes between innocent buyers and those who take over the art market, but he also includes a look into the identity of the artist and the authorship of his canvases. ” – FOTOGRAMAS

“Is it real or false? Is it a farce? Is it a fiction? Do these characters really exist? What are we talking about? A painting? The art market? Goya? Or about Spain?’, asks David. And indeed he talks about all this and much more.” – EL MUNDO

“The author draws a suggestive and very personal vision of the great Goya…The images come and go to the beat of a rhythm labyrinthine which reminds ‘The Aspern Papers’ or the investigations of Sherlock Holmes.” – EL HERALDO DE ARAGÓN

David Mauas was born in Buenos Aires in 1968. He graduated in Fine Arts from Bezalel Academy of Arts and Design (Jerusalem), where he specialized in the field of photography. He has lived in Barcelona since 1997, when he arrived to start a Ph.D. in Audiovisual Communication at the Universitat Autònoma de Barcelona (with a research grant from the Spanish Agency for International Cooperation).

Throughout his career, Mauas’ work has been shown at festivals and international institutions. It has also received several important recognitions, such as the Best Creative Documentary Award at the Festival de Creación Audiovisual de Navarra (2000); a grant from the European Association for Jewish Culture (2005); a Fellowship in the Kunsthochschule für Medien Köln (2003-2004); a residency at the Académie de France à Madrid (2008).

“He who attempts to clarify the reality of who Goya was is immediately immersed in the magical atmosphere of his legend. This Goyesque legend is one of the most curious events in contemporary thought and deserves a certain degree of attention. On the other hand if we don’t properly resolve the traditional image we maintain of Goya, one that in good measure we continue to maintain, his legendary ghost will appear at every bend, and despite all the arguments put forth in this paper regarding his person and work, will obstruct our path, blurring all perspective.” Excerpt from “Goya” by José Ortega y Gasset

The idea for this film began in the most casual, anodyne way: a day like any other, sitting around the table chatting, an acquaintance told me about some gentlemen in Barcelona that had acquired a hitherto unknown Goya.

He told me about the institutional reticence to accept an “infallible, unique, and independent” system to confirm whether the piece was a Goya or not. He told me about those hidden signs, those micro signatures that, according to his friends, with a little practice and predisposition, could be seen in all his work. A secret known by all, he said, but that the “keepers of the market” silence, fearing the loss of control over Goya’ s work and in due course, its economic yield.

What interested me about the case, was exactly that: the legend, the social phenomenon. Far and wide in my investigation I found people that were convinced they had “Goyas” in their house, all of them undiscovered, neither the market nor the museums willing to recognize them.

I knew that making a film about a person that finds a painting, buys it cheaply with the intention of selling it for millions would leave me unsatisfied. I would have soon lost interest. I didn’t think Goya should be reduced to that, to market shares in some rampant vision of capitalism. I wasn’t interested in another headline such as: “Modigliani auctioned off for millions” or “Picasso surpasses record in sales price” or “A Goya drawing sells for four million.”

Faced with the question of wether Goya dedicated himself exclusively, obsessively and automatically, to “micro-signing” his paintings begs the question of who Goya was, what he did, how he painted, what we know of him, and what we assume.

Goya, the Secret of the Shadows is, above all, a film about Goya. An approximation… a sketch… a way of getting closer to Goya through the backdoor, seeing the stage from the stagehand’s perspective…An atypical approach to the artist’s work, an attempt to provide varied perspectives on his cultural background, and if you will, a personal journey in search of Goya, a sui generis approach, a journey d’auteur, a contemporary vision of the art world and Goya’ s universe, his extraordinary legend.