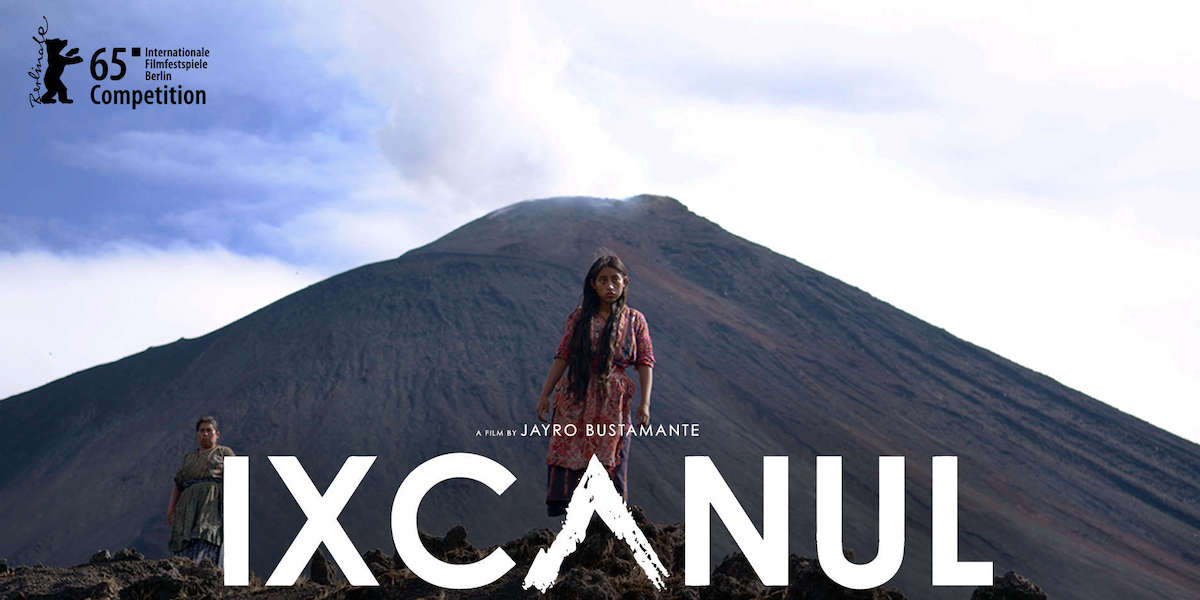 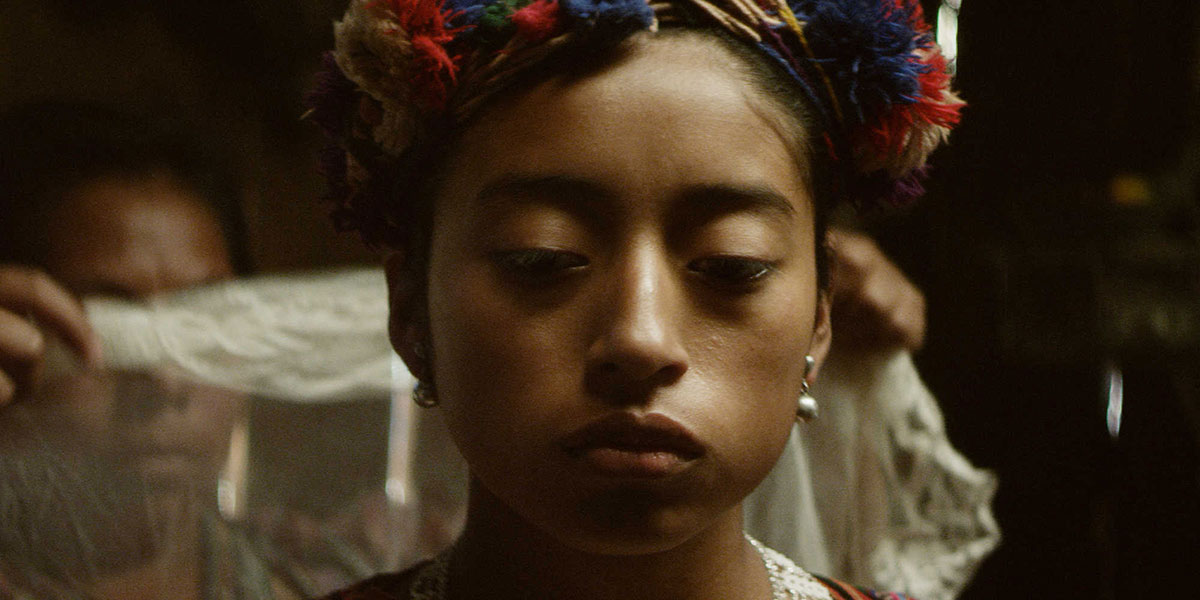 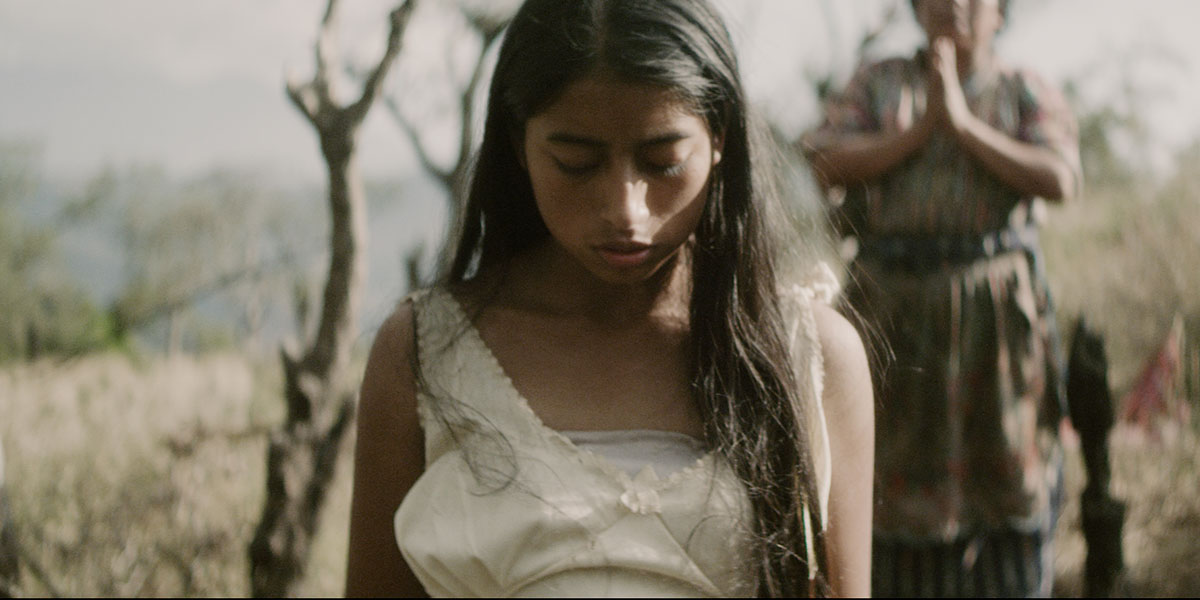 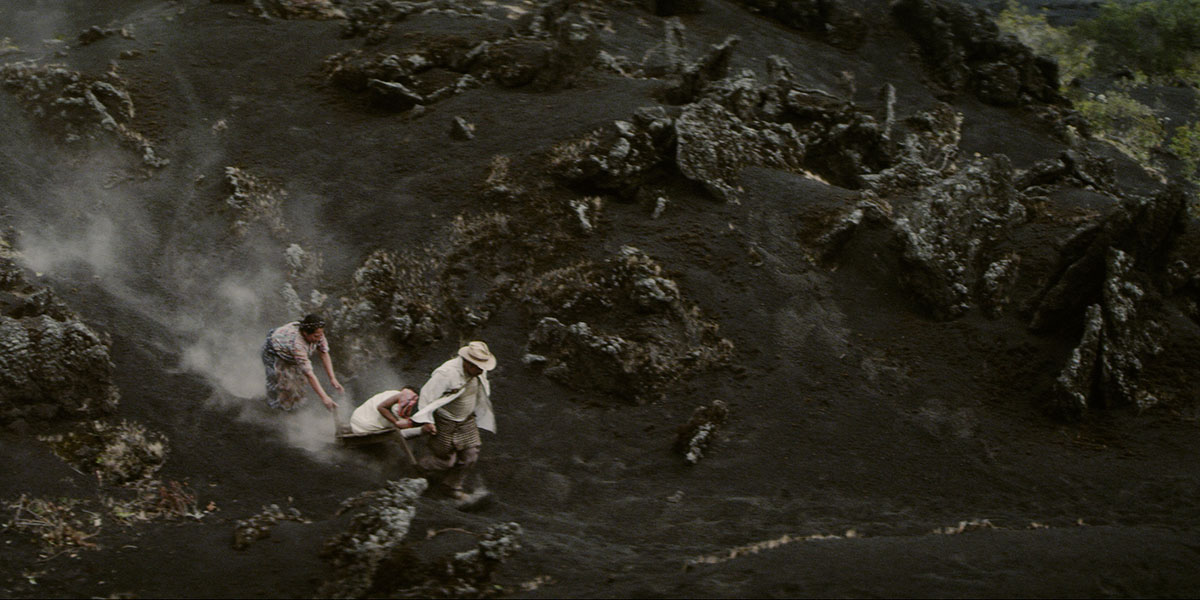 The Second Mother(Que horas ela volta?)Anna Muylaert BRAZIL’S OFFICIAL ENTRY TO THE ACADEMY AWARDS® An excitingly fresh take on some classic themes and ideas, The Second Mother dissects with both ...

In Kaqchikel and Spanish with English subtitles

The brilliant debut by Guatemalan filmmaker Jayro Bustamante is a mesmerizing fusion of fact and fable, a dreamlike depiction of the daily lives of Kaqchikel speaking Mayans on a coffee plantation at the base of an active volcano. Immersing us in its characters’ customs and beliefs, Ixcanul chronicles with unblinking realism, a disappearing tradition and a disappearing people.

Maria, a 17-year-old Mayan girl, lives and works with her parents on a coffee plantation in the foothills of an active volcano in Guatemala.

An arranged marriage awaits her: her parents have promised her to Ignacio, the plantation overseer. But Maria doesn’t sit back and accept her destiny.

Pepe, a young coffee cutter who plans to migrate to the USA becomes her possible way out. Maria seduces Pepe in order to run away with him, but after promises and clandestine meetings, Pepe takes off, leaving her pregnant, alone and in disgrace. There’s no time to lose for Maria’s mother, who thinks abortion is the only solution. Yet despite her mother’s ancestral knowledge, the baby remains, “destined to live.”

But destiny has more in store for Maria: a snakebite forces them to leave immediately in search of a hospital. The modern world Maria has so dreamt about will save her life, but at what price…

“A fascinating blend of modernity and ritual. ” – The Guardian

“What’s most striking about Ixcanul is the elegant way in which it is shot. Scenes are given space, and the audience is allowed ample time to soak up the atmosphere. This is the type of movie that stays with you.” – Jordan Hoffman, THE GUARDIAN

“What emerges, finally, is a film that gives an urgent, original voice to a people too frequently marginalized in both movies and society at large.” – Scott Foundas, VARIETY

“Steeped in a culture rarely observed on screen, Bustamante's film has the airs of a documentary. Its ensemble cast of local actors have zero trace of affectation in their performances.” – Nikola Grozdanovic, The Playlist

“The ordeal of Maria and her parents is harrowing and Bustamante presents it without sentiment or melodramatic flourish, focusing on their strength as he shows their plight in this primal, powerful, and rare portrait of a hidden culture. Highly recommended.” – Sean Axmaker , Video Librarian

I spent my childhood in the Guatemalan highlands, land of the Maya, surrounded by volcanoes and ancient indigenous traditions. As a child, I crossed the mountains with my mother on her medical campaigns, which consisted of convincing Mayan mothers to vaccinate their children. It was hard work trying to create alliances between the Mayan and mestizo communities. In most cases, the Mayans didn’t speak Spanish and the mountains were unsafe due to the armed conflict that was ravaging the country at the time.

Years later, my mother shared her outrage with me, when she found out that some public health employees had been involved in the abduction of Mayan children, contributing to the breakdown of the bonds they’d struggled so hard to create.

This was the jumping-off point for this story and it is where it will come full circle.

Unfortunately, the Guatemalan highlands where I grew up always suffered from a high rate of discrimination and were deeply affected by the trafficking of children during and after the country´s armed conflict (1960 – 1996). The abduction of children in my country is no secret. With only 14 million inhabitants, Guatemala became the first exporter of children in the world. The UN reported 400 abductions of minors each year, carried out with complete impunity. A very broad and dark issue, it brings together many guilty parties such as public notaries, judges, doctors, orphanage directors, and so many more.

Despite the density and resonance of the subject, my interest focused on the mothers, victims of this aberration. Tackling it from the point of view of a mother and her environment, so far from modernity, allowed me to also talk about indigenous women in general: their life, their people, and their position up against a westernized culture that would always dominate, and within a culture where they will always end up being the victim of abuse and injustice. Maria is a young character who belongs to this culture and fights to create her own destiny, but isn´t allowed to.

My work began at the heart of the Maya community, setting up workshops for people to discuss the social problems that concerned them. Drawing from these real-life stories, meetings, and one testimony in particular, I wrote the narrative. Also during this process, I trained members of the community to be actors in the film. It was an eye-opening experience for me.

I wanted the story to build slowly. Starting within a naturalist world, from the nucleus of a Maya family. Discovering their everyday gestures, language, traditions, and rites. Revealing their communion with the local volcano, Ixcanul, which acts as another character in the story. Human life and nature living as one. Finally, reaching the moment in which this idea of life and the world becomes fertile ground for the vultures that come to drink from the source, taking advantage of the abyss that separates two opposing conceptions, leaving impotence as the only possible answer.