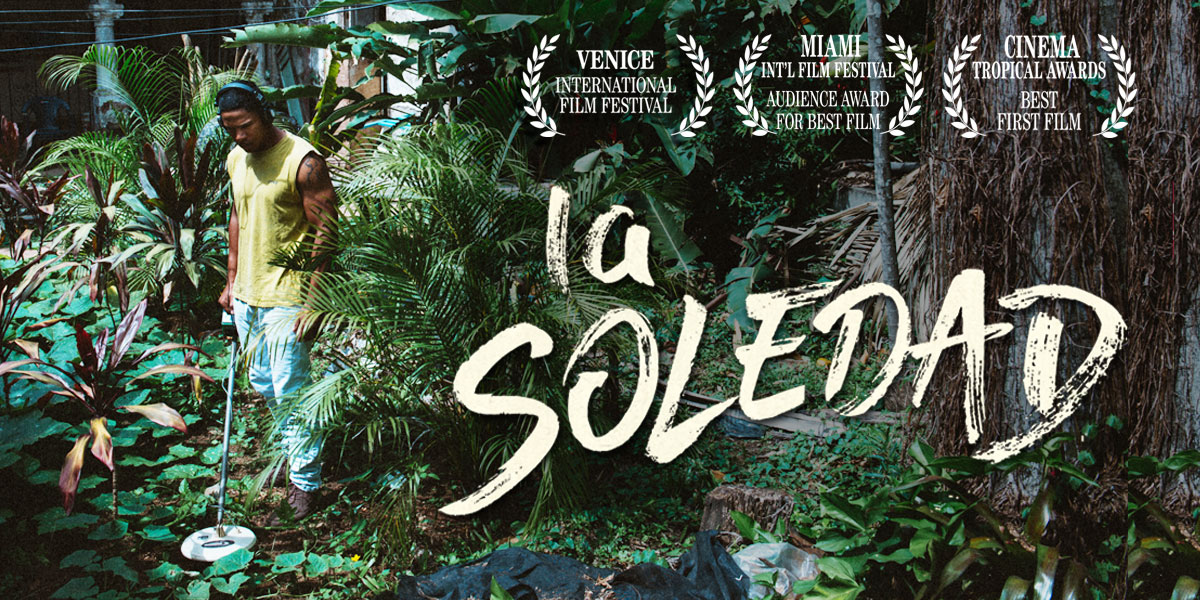 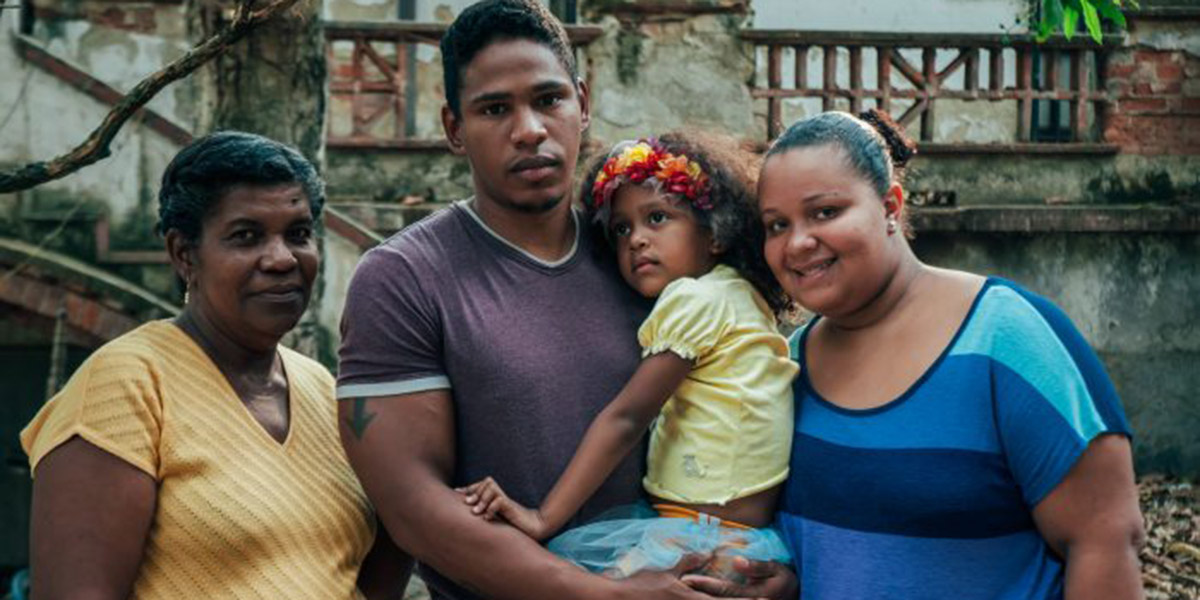 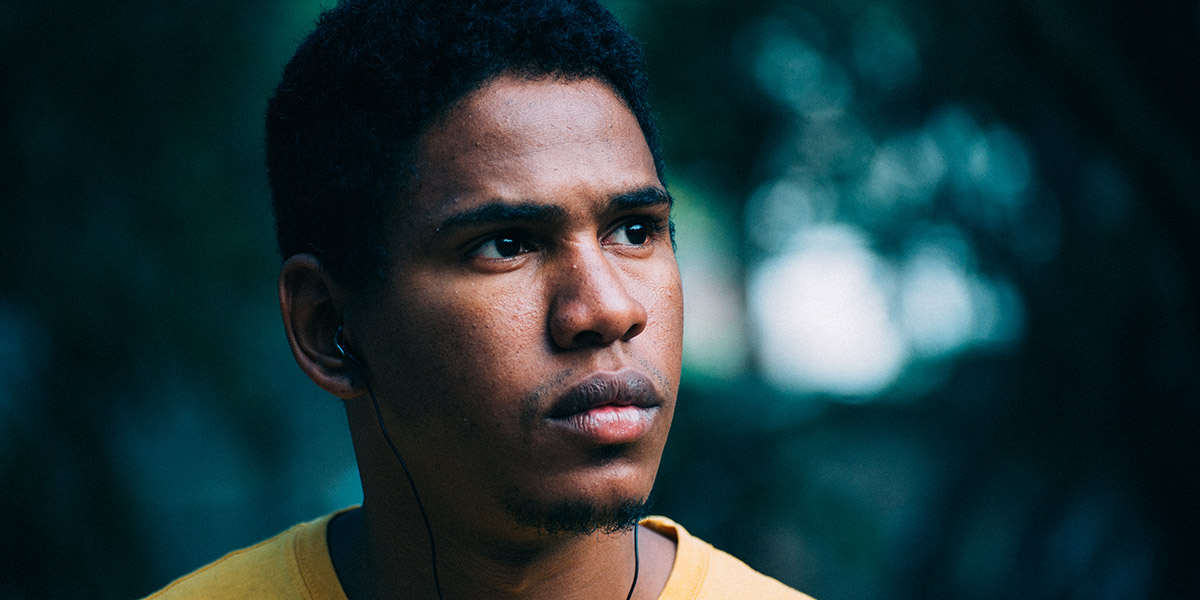 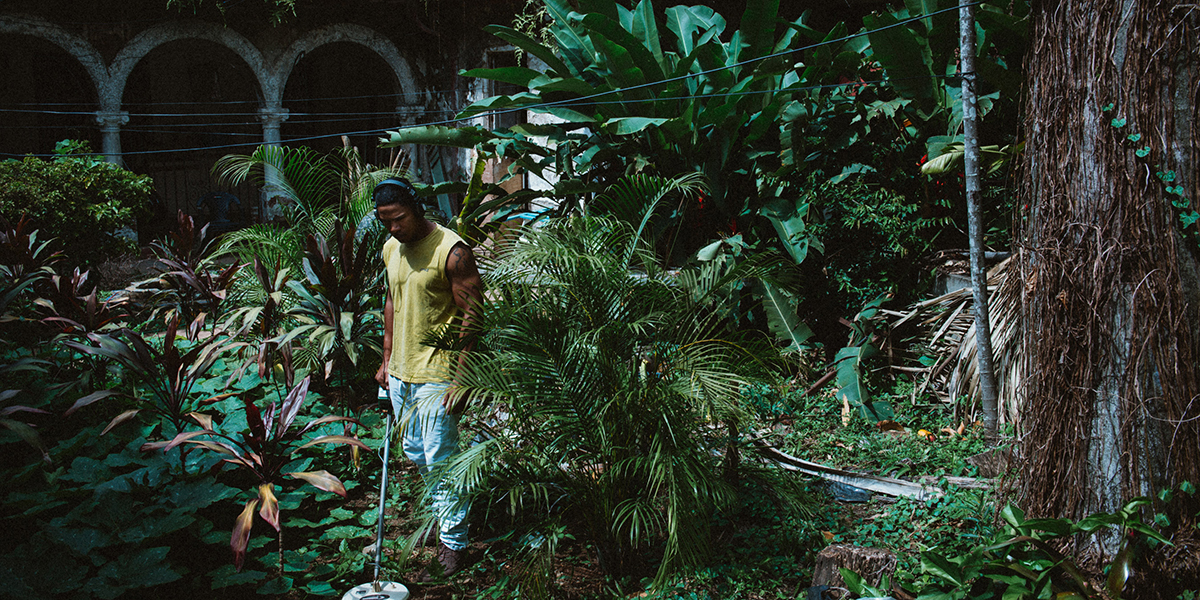 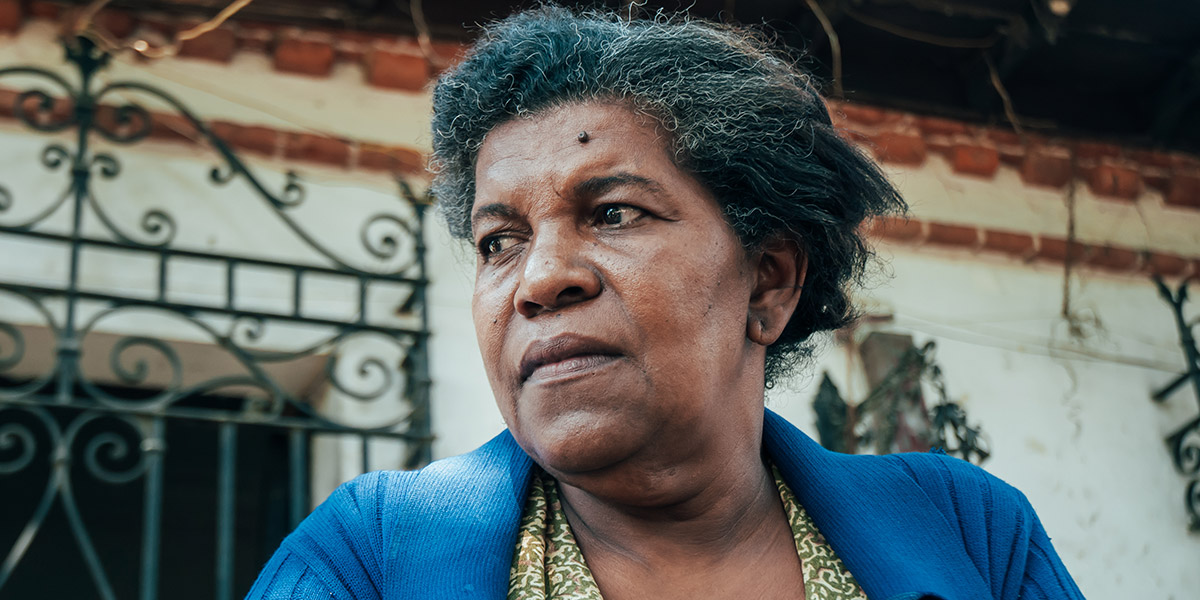 Handyman José lives with his family in La Soledad, a dilapidated villa located in what was once among Caracas’ most affluent neighborhoods. After learning that the villa’s owners are planning to sell the estate, José seeks any solution that might keep his six-year-old daughter from growing up in Caracas’ crime-sodden slums. Might that fabled treasure supposedly hidden in La Soledad’s walls offer José’s family a chance at a better life?

Jorge Thielen Armand’s feature debut carves fiction from reality: La Soledad was once his family’s home; this story is true, acted out by the people who lived it. La Soledad looks beyond the headlines and gives a voice to those affected by contemporary Venezuela’s inner turmoil. It is a magnificent feat of real-life storytelling—and a profound fusion of creativity and compassion.

“Recommended. Thielen Armand and his crew deserve enormous credit for... shining a light on an aspect of economic collapse that doesn’t get a lot of attention in the news media, the slow and painful death of that which we call “ordinary.” La Soledad is especially promising for a debut feature and marks its director as one to watch.” – Andy Horbal, Cornell University Library, EMRO

“Director Jorge Thielen Armand paints a social-political mosaic of current Venezuela, with this utterly captivating, poetic observation on the strength of a father decided to save his family and the powerful connection they share.” – Roger Costa, Brazilian Press

“An inventive and insightful exercise in exploring a real location down to the last cobwebbed corner. And politically, it depicts a desperate state of affairs, but with hope and quiet energy.” – Jonathan Romney, The Guardian

“A window into the catastrophic reality of the current Venezuela.” – Erika Angulo, nbcnews.com

“A vital survey of contemporary Venezuela as seen from the eyes of a single, struggling working class family.” – David Jenkins, Little White Lies

“Combining sharp social critique with the offbeat poetry of magical realism, La Soledad offers an engaging portrait of the effects of economic catastrophe on individuals’ lives...La Soledad not only offers a lyrical evocation of a decaying world but also opens up new possibilities for documentary cinema.” – Institute of Contemporary Arts, London UK

“Acted out by a cast of real-life personages...Poetic and ultimately devastating. It puts a human face on the economic catastrophe of contemporary Venezuela.” – Glenn Kenny, Rogerebert.com

“A flower of a film amid the ruins of Caracas.” – The Guardian

“Remarkably assured, even as it blurs the lines between fiction and reality. ” – Kevin Maher, Times (UK)

Jorge Thielen Armand is a Venezuelan director based in Toronto and Caracas. He directed the short documentary Flor de la mar. La Soledad  marks his feature debut as a director, and with Rodrigo Michelangeli (also making his feature screenwriting debut), as a screenwriter. Jorge holds a Communication Studies BA from Concordia University, and is an alumnus of the Venice Biennale College and TIFF Talent Lab. In 2015 he founded La Faena with  Michelangeli, a production company dedicated to art-house films. They are currently developing Jorge’s sophomore feature, which won the ARTE France Cinéma International Prix at the Buenos Aires Lab during BAFICI 2017.

I remember discovering the vast gardens of great-grandma’s house with José and my cousins; the stories of uncle Gonzalo had transformed La Soledad into a surreal place for us, and my encounters with the spirit of my great-grandfather drew me to this place all my life. I hadn’t visited the house since I left Venezuela. I was away in North America for a while, but when I learned the house was going to be demolished I decided to return to Caracas. I wanted to make a film about my memories and the present of this dilapidated mansion with those who still live there. My father brought me to the house, and I saw José for the first time in eleven years; he lives in La Soledad with his family. I proposed we make a film together and he agreed.

The question of why my family had ceased the ritual of gathering weekly and on holidays interested me. The answer can be simplistic: it is common that the family nucleus breaks up after the senior family figure dies. But haven’t the challenges, imposed on us by our broken country, impacted our relationships as well? Fascinated by what was left behind in La Soledad, I had a desire to conduct a kind of familial archaeological investigation. I find our vestiges coexisting with the belongings of a new family— cement barbells conquer the antique sewing table, garden fountains have turned into fire pits, and motorcycles obstruct a six-foot painting in the once luxurious family room.

The house is more than a metaphor for my family’s dispersal, it encapsulates the reality of today’s Venezuela, forgotten in time, inhabited by people who have hope but who are not provided with opportunities. Amidst the economic chaos that plagues the country, moral values are also fading. In the film we see this through José’s eyes, when he ventures into a hostile Caracas that provides no solutions to his real-life quest for a better future.