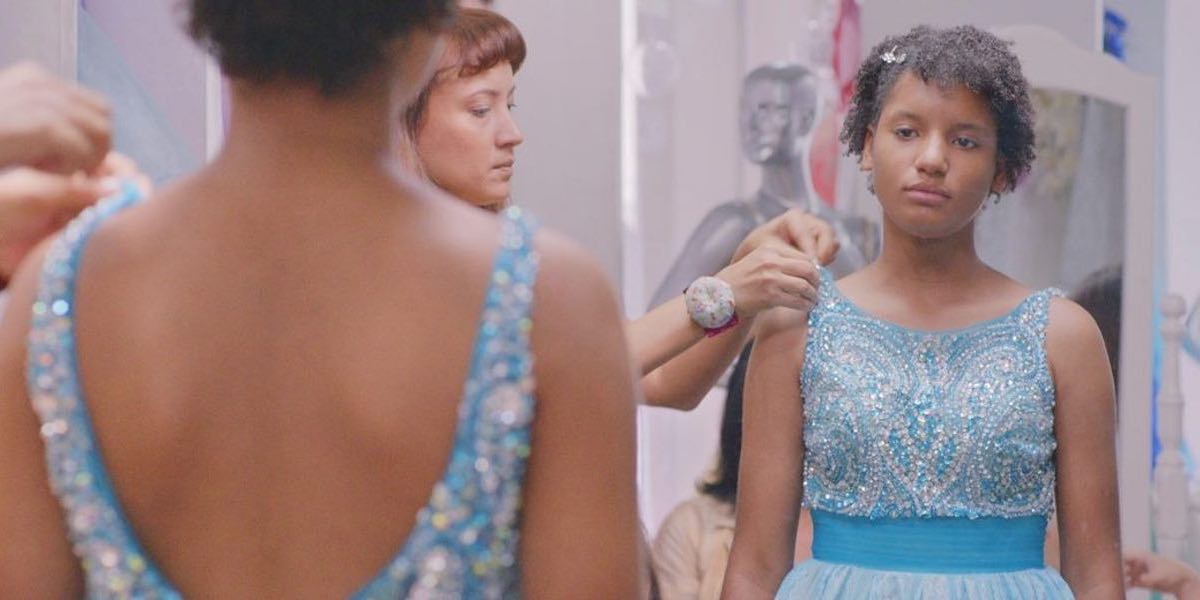 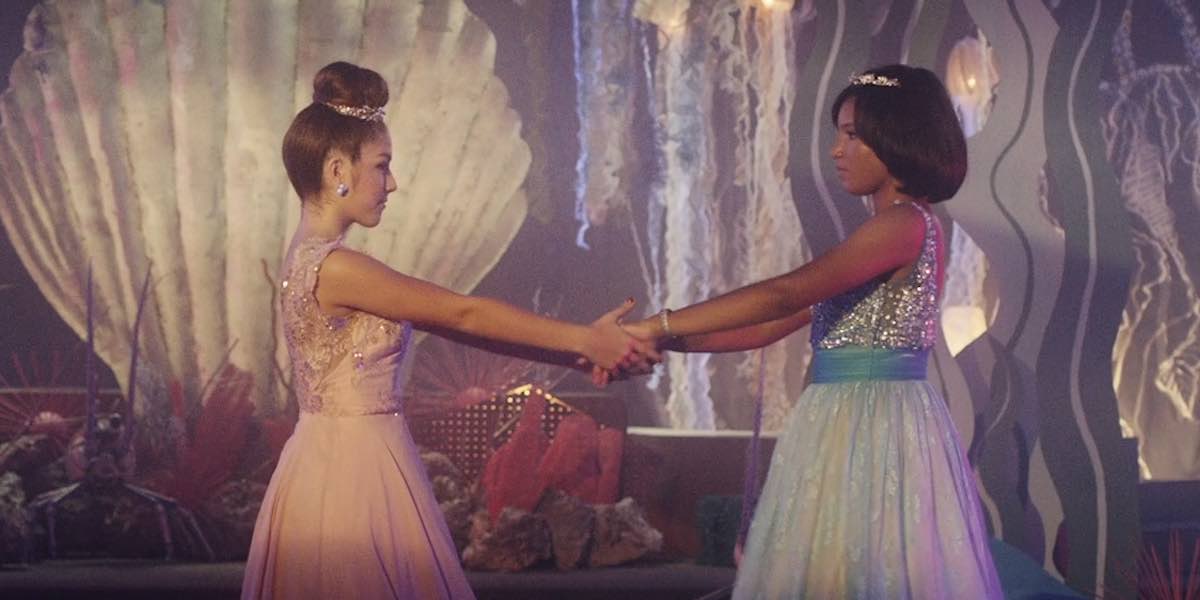 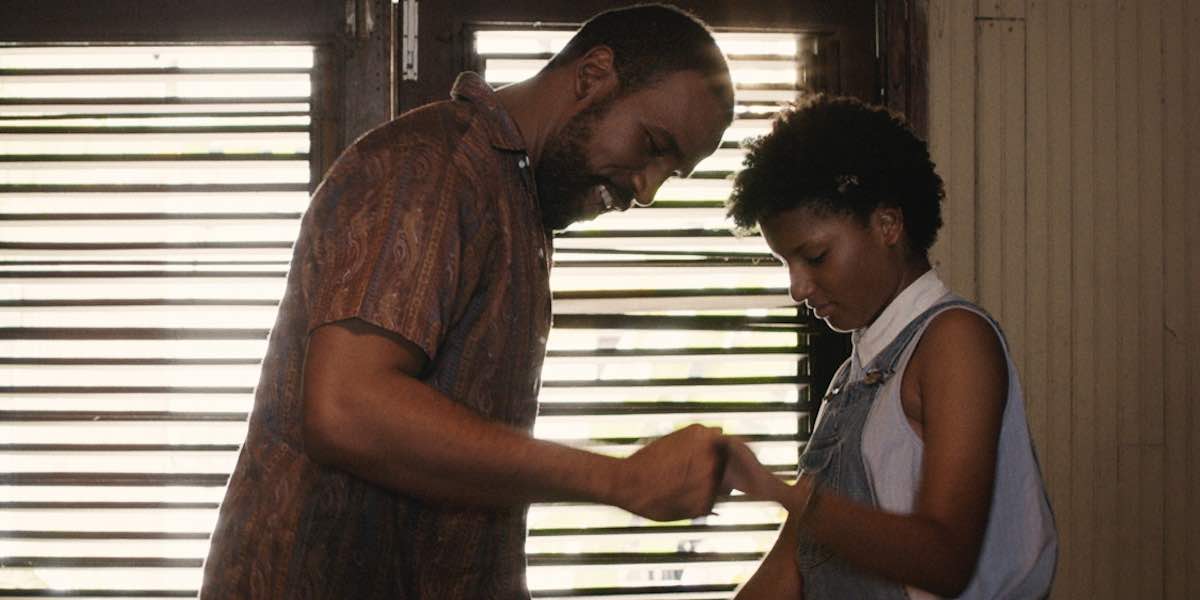 In the Heights(In the Heights)Jon M. ChuAn exuberant musical and visual feast created by Lin-Manuel Miranda, In the Heights is a love letter to the Washington Heights neighborhood and an homage ...

“Miriam Lies is the latest in an exciting and refreshing new wave of cinema from the Dominican Republic. For sensitive teen Miriam (Dulce Rodriguez), life really shouldn’t be much more than sunny afternoons spent with best friend Jennifer, talking about boys and making preparations for their upcoming shared quinceanera, an event celebrated mainly by upper-middle-class society in Santo Domingo. The product of a short, troubled mixed-race marriage, the shy teen is often made to feel like an outcast within her own working-class family for being darker than the rest, leading her to find comfort in an online relationship with sympathetic suitor, and potential quinceanera date, Jean-Louis.

When Jean-Louis reveals himself to be black, Miriam feels the weight of a badly broken society bear down on her young shoulders, driving her to create a web of tall tales, excuses, and deepening cover-ups. With a cast that delivers some incredibly natural performances, this powerful debut feature from co-writer/directors Natalia Cabral and Oriol Estrada shoots sharp criticism at the heart and mind of Caribbean society with a treatment as subtle as it is demolishing.”- Hebe Tabachnik, Seattle International Film Festival

“An outstanding drama and an intimate exploration of the complex inner world of a bi-racial teenager. Miriam Lies is highly recommended for coming of age film collections in public libraries.” – J. Zimmerman, VodeoLibrarian

“This film is a break out from previous representations of race and coming of age in the Dominican Republic and would be an exceptional addition to Latin American and Caribbean film collections. It is appropriate for a range of audiences from film or cultural studies specialists analyzing representations of race and gender, to undergraduate and/or high school students studying film, and Spanish language. In its accessibility and intimacy, it invites audiences into Miriam’s Dominican world of race, Internet relationships, racism, micro-aggression, societal rules, and true friendship between young women.” – Michelle Leigh Farrell, Fairfield University

“The directorial duo simultaneously builds a captivating portrait of a certain culture, an intimate chronicle of adolescence and a fierce criticism of class society, all in a documentary style, enhanced by a cast (young and adult, professional and amateur) that delivers some incredibly natural performances.” – Alfonso Rivera, Cineuropa

“There is something about this girl’s story that will linger with you longer than you’d expect. Perhaps it’s as simple as the fact that what seems like a teenager’s silly lie turns out to be more of a stinging indictment of the world at large than it should be.” – Gregory Ellwood, The Playlist

“A thoughtful examination of a difficult subject and deserving of attention.” – Jennie Kermode, Eye for Film

“By the end of this soft caress of a character study, one sense we’ve been scrutinizing Miriam’s face more carefully, and caringly, than anyone else has done in some time.” – Guy Lodge, Variety

Natalia Cabral (Santo Domingo, Dominican Republic) and Oriol Estrada (Capellades, Catalonia, Spain) are award-winning filmmakers whose work live on the borderlines of fiction and nonfiction. Graduates of the prestigious EICT V Cuban Film School, Natalia and Oriol founded Faula Films in 2012 in order to provide a creative platform for the development and co-production of independent filmmaking in the Caribbean.

“We perceive the story through the eyes of Miriam, the protagonist of the film, a girl that watches curiously the world around her. Miriam comes from a white family but her father is black; she is of mixed race, in a country where an important number of the population is also mixed, like her; but “fixing the race” (getting racially mixed with a white person) is highly encouraged.

In the film, Miriam’s family and friends know about her having a boyfriend, but they’re expecting a white boy from a family from their own social class. As the date of the party gets closer, Miriam will have to decide if she should take Jean-Louis to the party and face her family and friends or if she should forget about him, remaining within the social class that she belongs. It seems we are living in a time where identity is a common concern everywhere. Different borders are being created between nations when it is easier than ever to travel and stay connected through the Internet. But what happens to her can happen to us all, when we look at ourselves in the mirror of “the other” and what we get is fear. Miriam Lies is a film set in the Dominican Republic, the fastest growing economy in Latin America, still stuck in time with racism and social class conflicts. Through Miriam Lies we want to confront the audience with the conflict that can emerge when individual desire for love is faced with the social desire to be part of a community in which we can feel accepted and loved. Set in an aristocratic kitsch celebration, the intention of Miriam Lies is to share a point of view about the conflicts of race and class that still remain in the Caribbean and the world.”