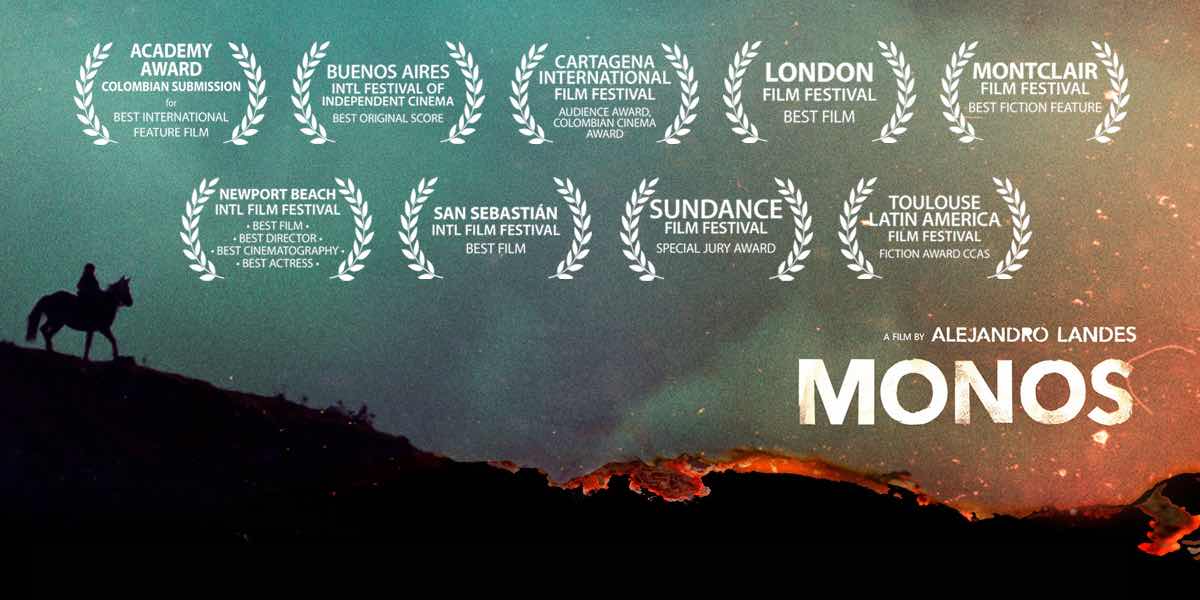 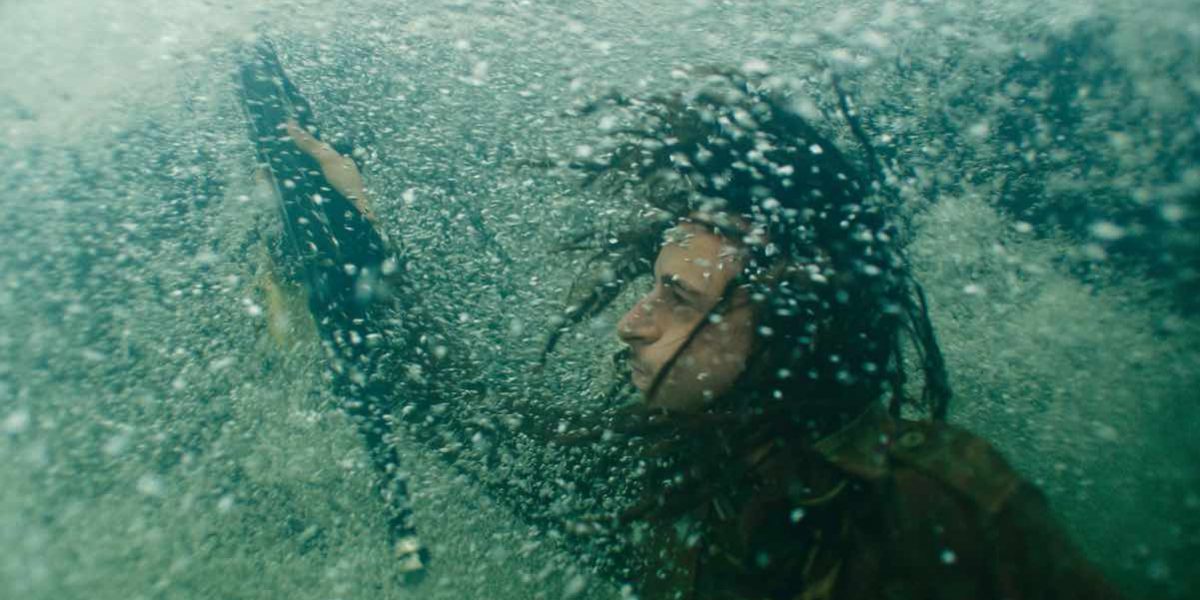 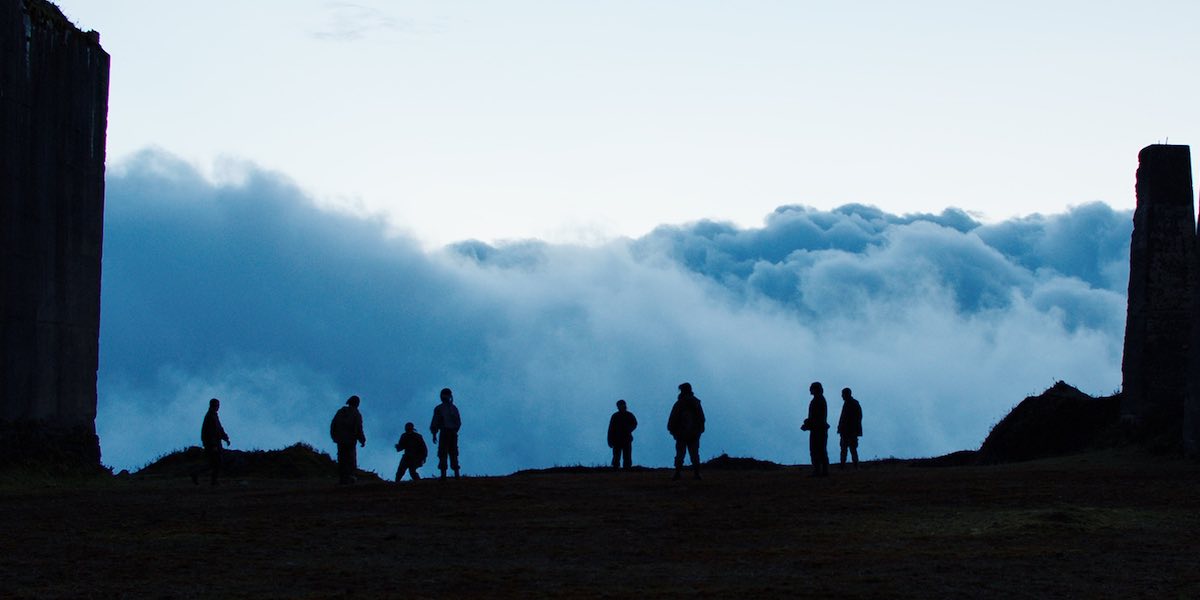 A crossroad between Apocalypse Now, Lord of the Flies, and Embrace of the Serpent, Alejandro Landes’s Monos tracks a young group of soldiers and rebels who run wild in the mountains of an unspecified South American country, while keeping watch over an American hostage, Doctora.

The teenage commandos perform military training exercises by day and indulge in youthful hedonism by night, an unconventional family bound together under a shadowy force known only as The Organization. After an ambush drives the squadron into the jungle, both the mission and the intricate bonds between the group begin to disintegrate. Order descends into chaos and, within Monos, the strong begin to prey on the weak in this vivid, cautionary fever-dream.

In his awe-inspiring third feature, Landes examines the chaos and absurdity of war from the unique perspective of adolescence in a way that feels wholly original, thrusting his diverse young cast into an unforgiving, irrational, and often surreal environment where anything can happen — even peace. The film’s sense of surreal menace is amplified by Mica Levi’s discordant soundscape and Jasper Wolf’s cinematography.

“Alejandro Landes' tale of a squad of ruthless youth soldiers in Colombia is not just the most visually arresting feature of the year, but a thought-provoking commentary on the country's guerrilla warfare-plagued history.” – Marlow Stern, The Daily Beast

“Stunning. At the scale of Apocalypse Now.” – Polygon

“Monos is inspired by the volatile situation in Colombia (which Landes calls “a ticking time bomb”), but pointedly plays out in unnamed locales, devoid of any geographical reference points. Indeed, the entire film is characterized by a remarkable absence of boundaries, a fluidity of age, gender and geography mirroring the deliberate lack of political or historical specificity. This is a quasi-mythical tale, rooted in brutal reality perhaps, but rendered in a poetic manner that seems timeless and universal.” – Mark Kermode, The Guardian

“[Landes] achieved a universal film, it has a very powerful cinematographic language and is a very earthy, very sensory film. I think you sweat, feel it, smell it; it is a very exciting film...the actors did a wonderful job. I think visually, I repeat, the language, the visual grammar of the movie is brutal.” – Alejandro González Iñárritu

“Monos is gorgeous, but it is also lucid as hell. And it all happens at lightning speed.” – David Sexton, London Evening Standard

“This overpoweringly tense and deeply mad thriller from Colombian filmmaker Alejandro Landes is the best thing I have seen at Berlin this year.” – Peter Bradshaw, The Guardian

Alejandro Landes is a Colombian director, writer, and producer. His directorial debut Cocalero, a documentary about Bolivian coca grower Evo Morales’s unlikely campaign to become the country’s first Indigenous president, was theatrically released in over 20 countries. His second film, Porfirio, went on to premiere in Cannes Directors’ Fortnight 2011 and won top prizes at many international film festivals. Monos, Landes’ third film, had its World Premiere at the 2019 Sundance Film Festival, where it won a Special Jury Prize.

In addition to filmmaking, Landes has a passion for architecture and designed a modernist house in Miami, Casa Bahia, which won an Architizer award in 2016.

“There has been a seemingly endless civil war in Colombia, a war with many fronts: paramilitaries, guerrillas, Narcos, the government, foreign actors and everything seems to be coming to a head. The fragile possibility of peace is in the air, and it’s been a long time coming. Monos explores this moment through the prism of the war movie. Though this is my generation’s first chance, this is not Colombia’s first peace process and so it feels plagued by ghosts. These ghosts inspired me to shape the film like a fever dream.

The idea, from the story to the production design, was to create an atemporal world, out of place, out of time, far away from everything— with this group of kids who are being trained and watched over by some unknown force. They’re on a mission, part of a clandestine army. They’re a squad of soldiers in the ‘back’ lines of war— but also just a tight-knit pack of teenagers. Though the specifics of the Colombian civil war is the source of inspiration, the idea was always for the experience of the film to cross borders and exist as a world in and of its own.”