My Bolivia, Remembering What I Never Knew

(My Bolivia, Remembering What I Never Knew) 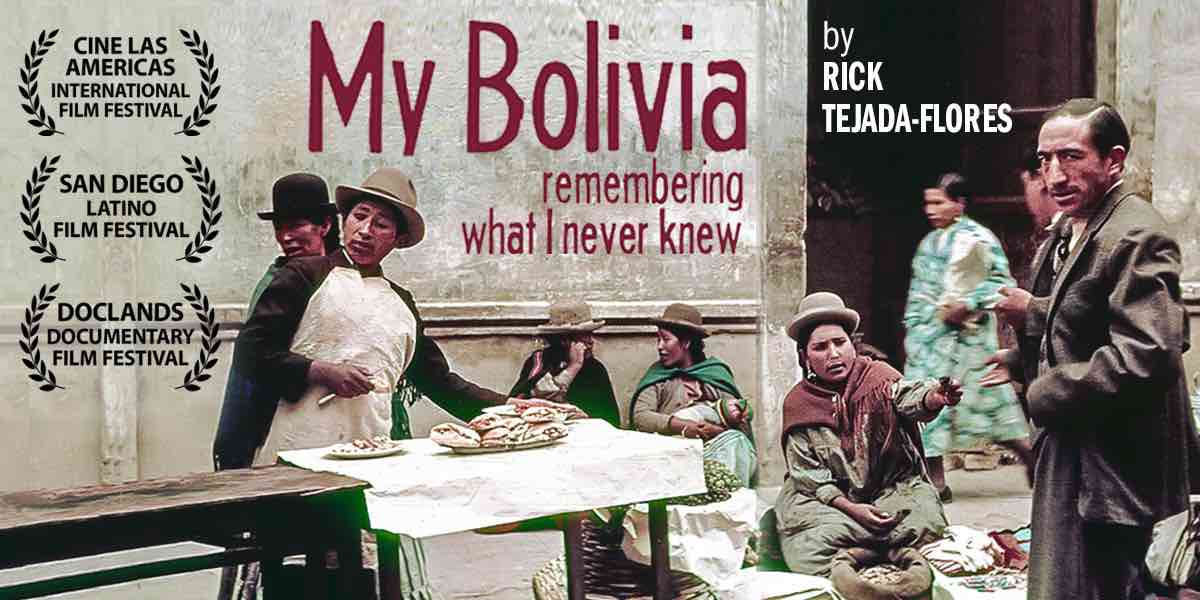 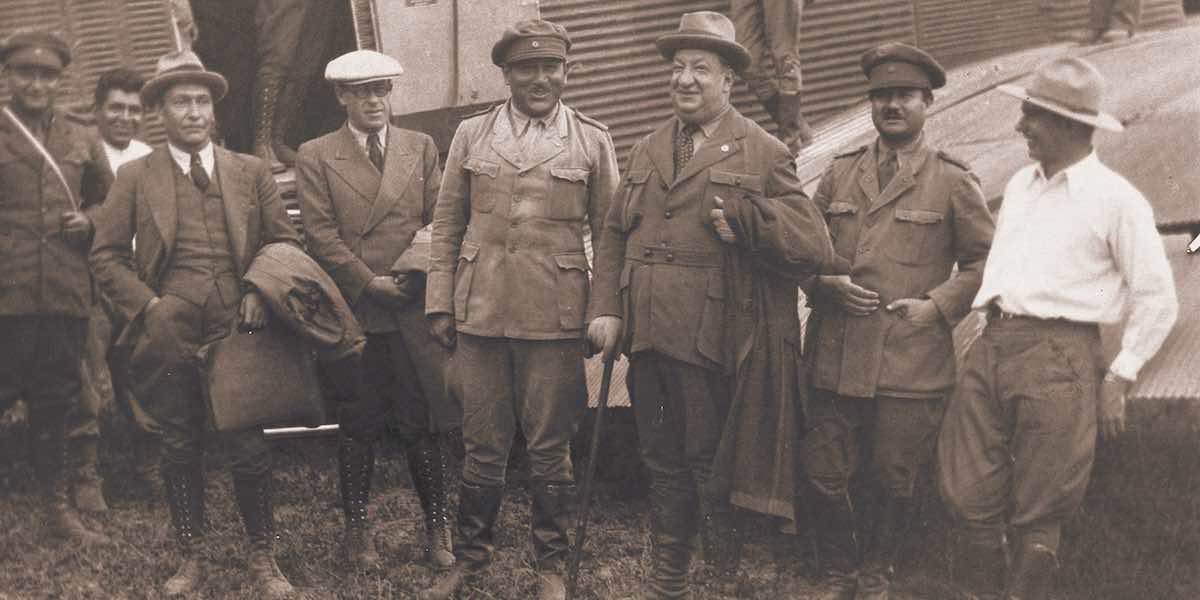 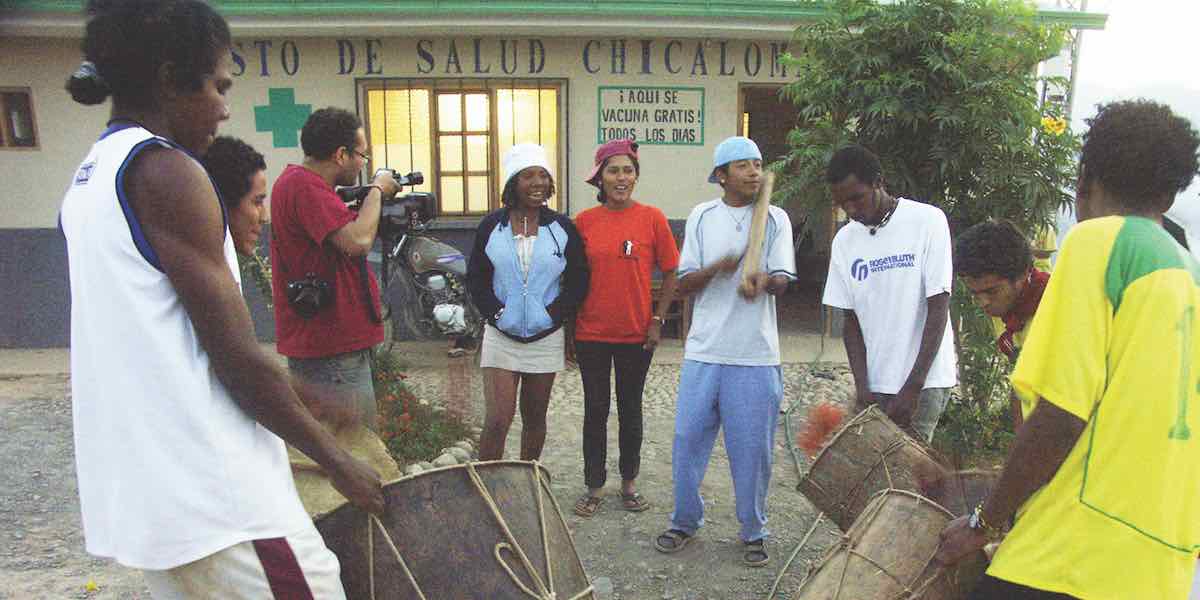 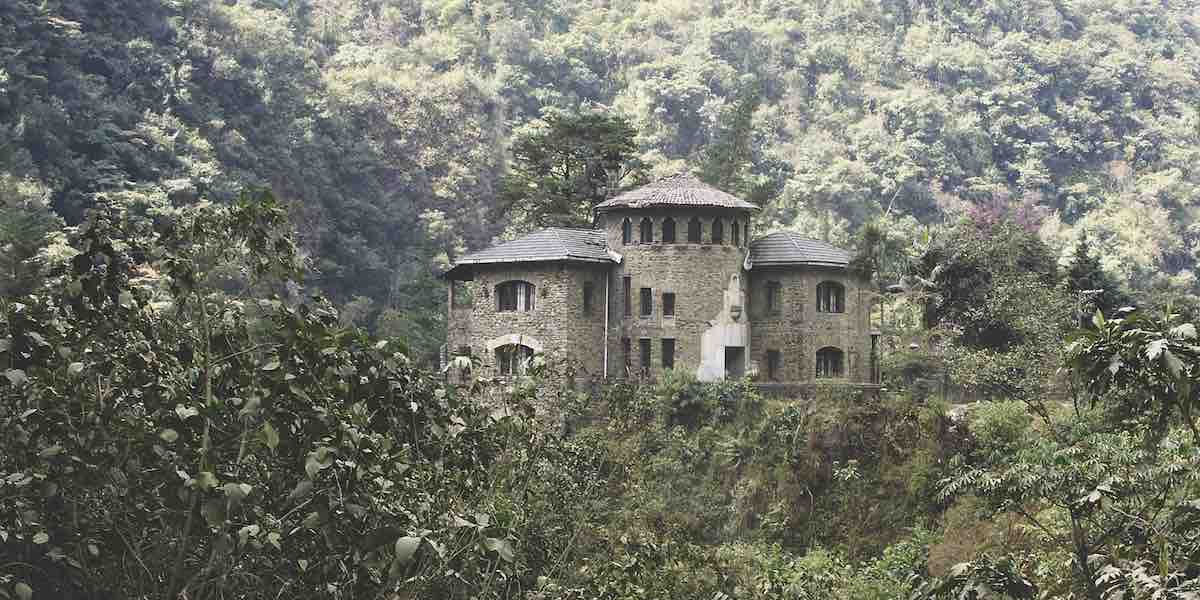 My Bolivia is a historic road trip to make sense of a family’s and a country’s past. A latino filmmaker travels to Bolivia to to find the things his parents told him, and what they never said — the family’s slave-owning past, his grandfather the President’s role in Latin America’s bloodiest war, the relative who was one of the leaders of the Revolution, and connections with a notorious Nazi war criminal… all a far cry from growing up in California and a life as an an activist.

This patiently probing documentary traces the web of the Tejada clan from La Paz to Los Angeles, back to the Bolivian capital, and on to isolated rural countryside landscapes. As Tejada-Flores discovers through his on-camera exploration and perambulation, the story of the affluent, land-owning Tejada family intersects with the history of Bolivia in the 20th century in revealing and deeply uncomfortable ways. This unearthing of a shocking legacy, and how Tejada-Flores decides to portray it, gives this documentary a transcendently bittersweet ending.

“My Bolivia speaks to all who are interested in Latin America, its present, its past, or both... With consummate artistry, this prize-winning documentary filmmaker leads us from his childhood impressions about the ancestral country he did not know to his archivally-researched revelations about his family’s role in major events of twentieth-century Bolivian and Latin American history... My Bolivia is an ideal primer for the uninitiated, an informative and revealing essay for the specialist, and a powerful and provocative meditation for all. Students especially will be quick to appreciate the telling of this epic tale through the eyes of someone who, like all of us at some point, want to know more about “who we are and we came from.”” – Rolena Adorno, Sterling Professor of Spanish, Yale University

“A powerful and uniquely personal and historical documentary...a rich multi-generational, bi-cultural journey about the land-locked, mineral rich country most know precious little about. A rewarding addition to the history and culture of our hemisphere.” – Ann Louise Bardach, PEN Award winning journalist, author of Without Fidel and Cuba Confidential

“My Bolivia’s take on the story of one family is fascinating as it reveals the complex layers of political history, migration, and the ongoing forces that shape the region. I found the segment that touches on Afro-Bolivian descendants highly relevant to the ongoing exploration of racial identities in Latin America, and appropriate as a teaching tool as it ties together the complicated issues of memory, history, activism and politics.” – Cristina Venegas, Associate Professor of Film and Media Studies, UC Santa Barbara

“My Bolivia is a moving, beautifully filmed and well-researched story of personal redemption. It is a film that conveys a deep respect for the magic of the place and its people while exploring the complex issues of how we can take responsibility for the negative actions of our fore-bearers without having them define our futures.” – Linda Farthing, author of Evo’s Bolivia: Continuity and Change

“My Bolivia is an eye-opening documentary about the family skeletons in one man's historical closet. ” – Kathy Fennessy, Video Librarian

Among his credits are Rivera In America, Jasper Johns Ideas in Paint, and Orozco, Man of Fire for the PBS American Masters series, The Fight in the Fields, Cesar Chavez and the Farmworkers Struggle, The Good War and Those Who Refused to Fight It, and Race is the Place.

“Every family has its secrets and skeletons. On a personal level, my journey is an effort to square the romantic narrative that I grew up with, with the dark realities I was never told about.

The first stop is El Chaco, a stone castle that my grandfather built in the 1930s while he was President of Bolivia during the Chaco War, the bloodiest war in Latin American history, fighting for oil that never existed.

Further along the winding dirt road is Tiquimpaya, another former family estate from the colonial era. African slaves grew the coca produced here. When I meet their descendants, I learn that Bolivia isn’t immune to racism and that Afro Bolivians are at the very bottom of the social order.

After World War II, Latin America was flooded with European refugees, including many Nazi fugitives. One of the most notorious was Klaus Barbie, the Gestapo “butcher of Lyon.” He arrived in Bolivia in 1951 with the help of the U.S. government. His first job was at Llojeta, one of my family’s estates.

I’m not sure what the end of the Llojeta story will be, but I’ve found the answer to many of the riddles that have haunted me. The question that remains: Is it really my Bolivia?”