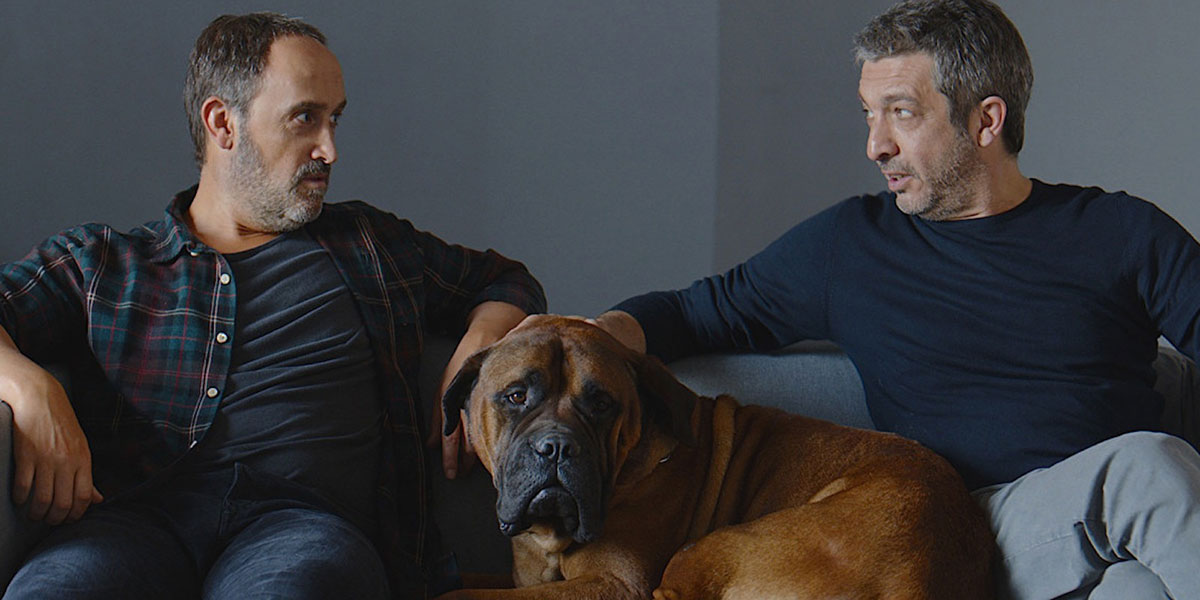 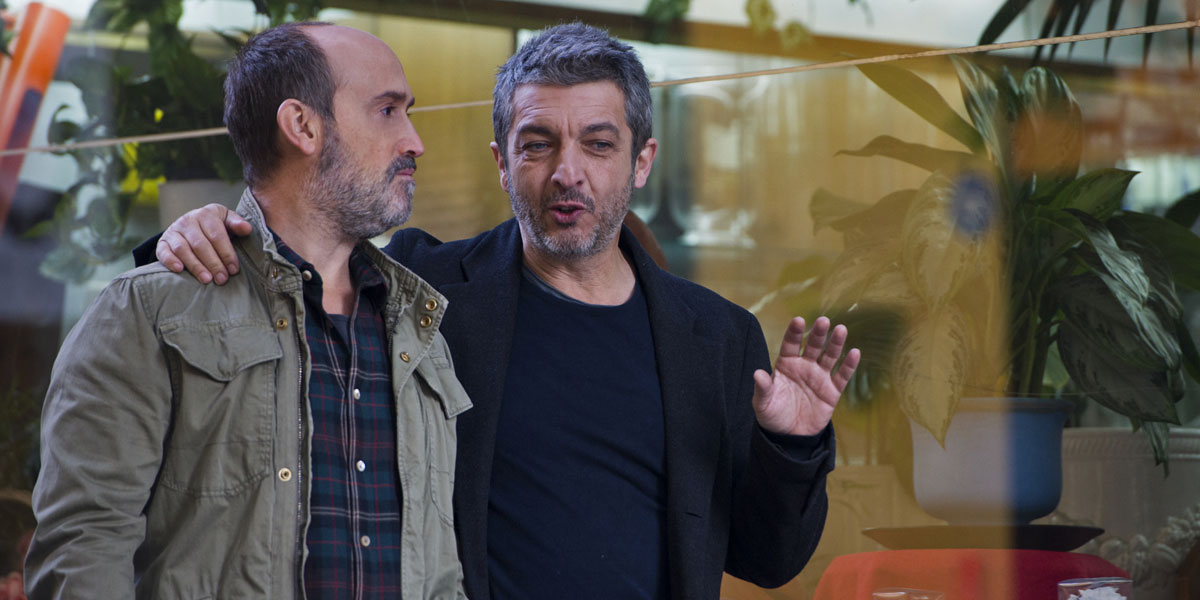 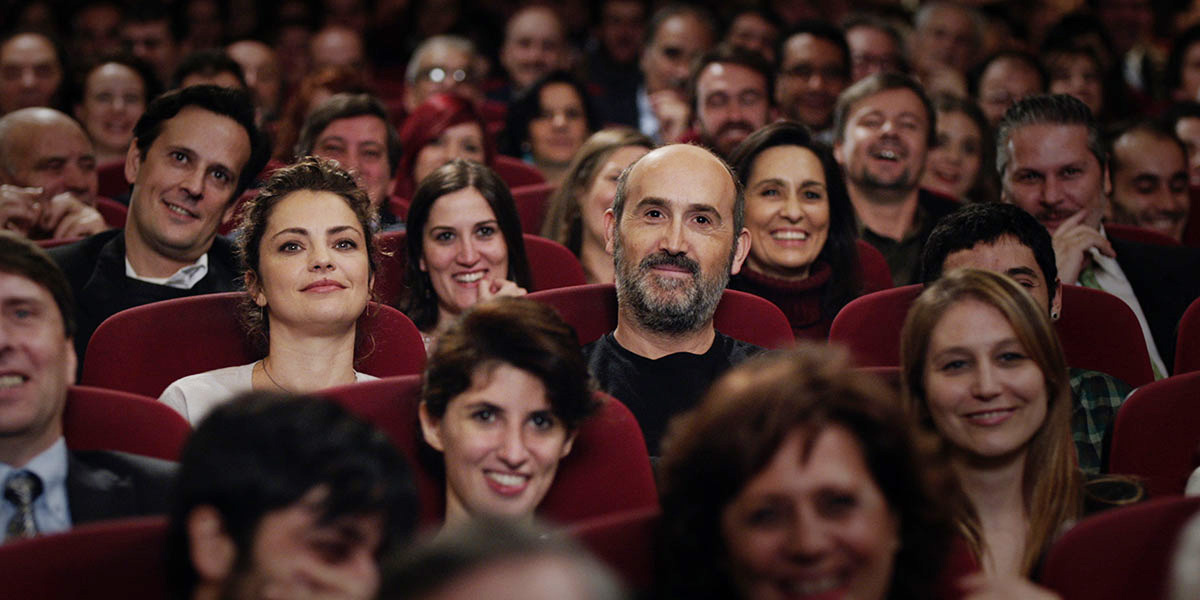 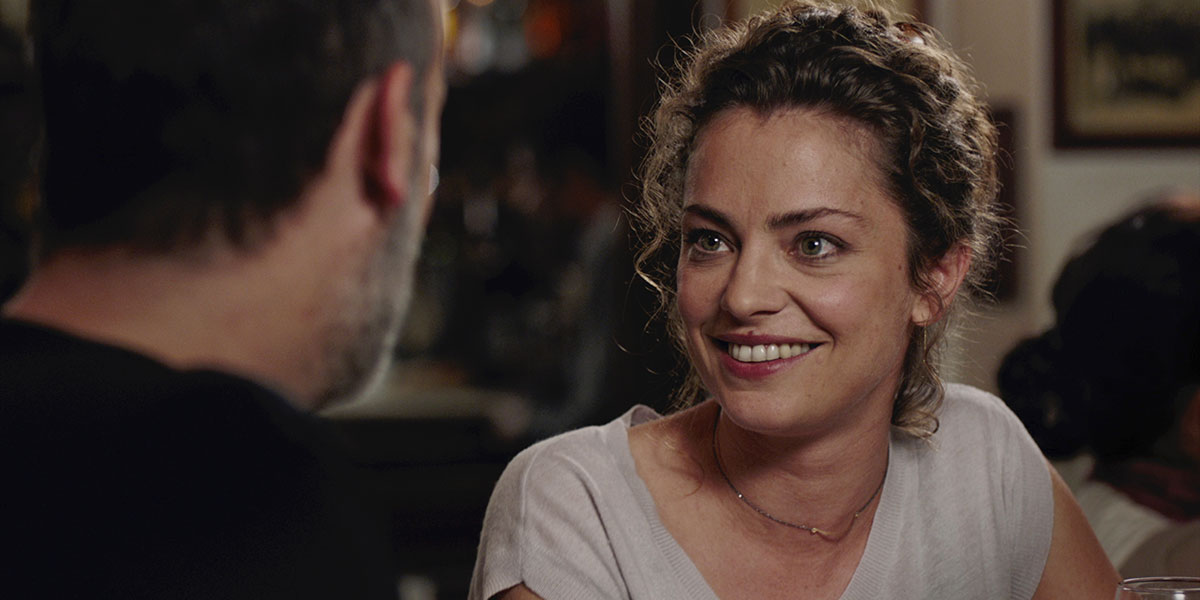 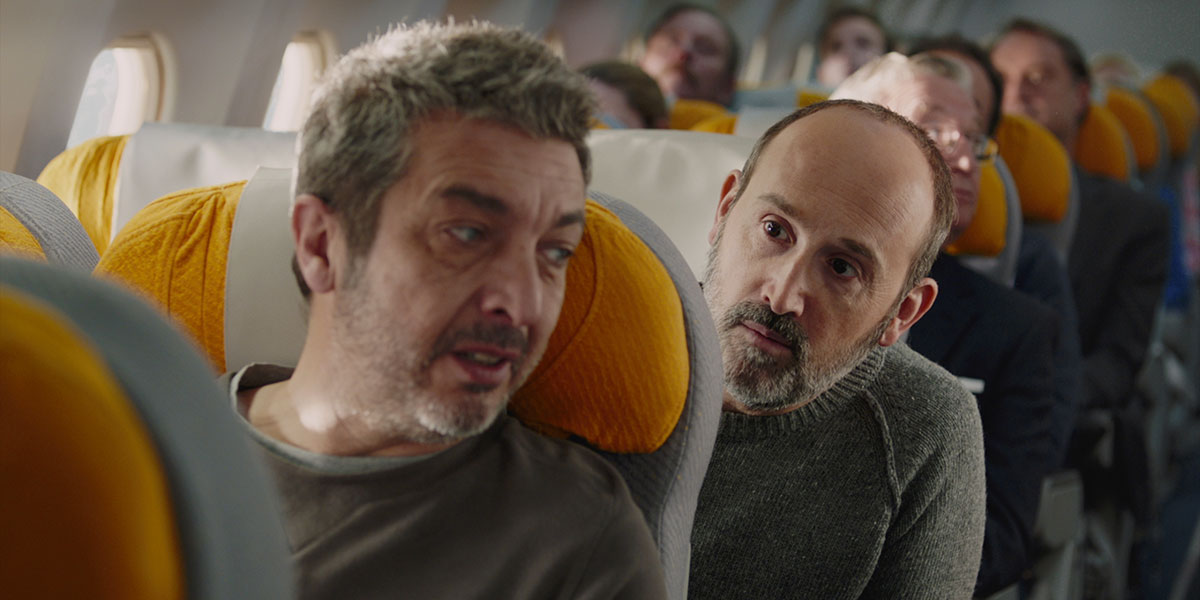 When Julián (super star Ricardo Darín, SFC’s Chinese Take-Away) receives an unexpected visit from his childhood friend Tomás (Javier Cámara), the encounter is bittersweet. This reunion, their first meeting in many years, will also be their last.

Diagnosed with terminal cancer, Julián has decided to forgo continued treatment and instead focus on putting his affairs in order: distributing his possessions, finalizing his funeral arrangements, and, most importantly, finding a home for his beloved dog, Truman. It’s this final task that is causing him the greatest heartbreak.

Nostalgic and full of yearning, Truman was the most awarded Spanish film of the year.

With the collaboration of acting greats Darín and Cámara, Gay brings humor and sensitivity to this private and personal story, creating a singular reflection on friendship at the end of life.

“Highly Recommended. Overall, this is one of the most intelligent, understated masterpieces I’ve ever seen. Filled with heart and humor and humility, I can’t think of why anyone wouldn’t like it.” – Elena Landry, George Mason Libraries, EMRO

“Gay’s picture proves once again that one can construct a comedy out of such material, as long as one respects the subject matter and refrains from being gimmicky in order to feel edgy and cool.” – Oktay Ege Kozak, Indiewire

“Cesc Gay's wise, wistful and well-observed film about two friends enjoying a final reunion in the shadow of impending death, is by turns amusing and affecting - and quite often both at once.” – Joe Leydon, Variety

“Camara and Darin contribute outstanding work here, a beautifully meshed pair of performances that reveals nearly everything you need to know about the characters and their inner lives through exchanged looks, shrugs and the odd arched eyebrow.” – Leslie Felperin, The Guardian

“A funny, moving and hugely entertaining reflection on male relationships. This is a reminder that the best friendships are, indeed, forever.” – Spanish Film Festival, Australia

Cesc Gay (Barcelona, 1967) is a director and screenwriter remarkable for the depth of his look into the people he portrays. A look characterised by its irony and sense of humour when focussed on the weaknesses of human beings. He studied Film in Barcelona and New York, where he co-directed with Daniel Gimelberg his first feature film, Hotel Room (1998). Since then, he has directed Krámpack (2000), En la ciudad (In the City, 2003), Ficció (2006) and Una pistola en cada mano (A Gun in Each Hand, 2012).

Truman is an attempt. At overcoming the panic we all feel in life when faced with illness and impending death: our own or that of a loved one. It is an exploration of how we react to the unexpected, to the unknown, to grief.