The City of the Future

(A CIDADE DO FUTURO) 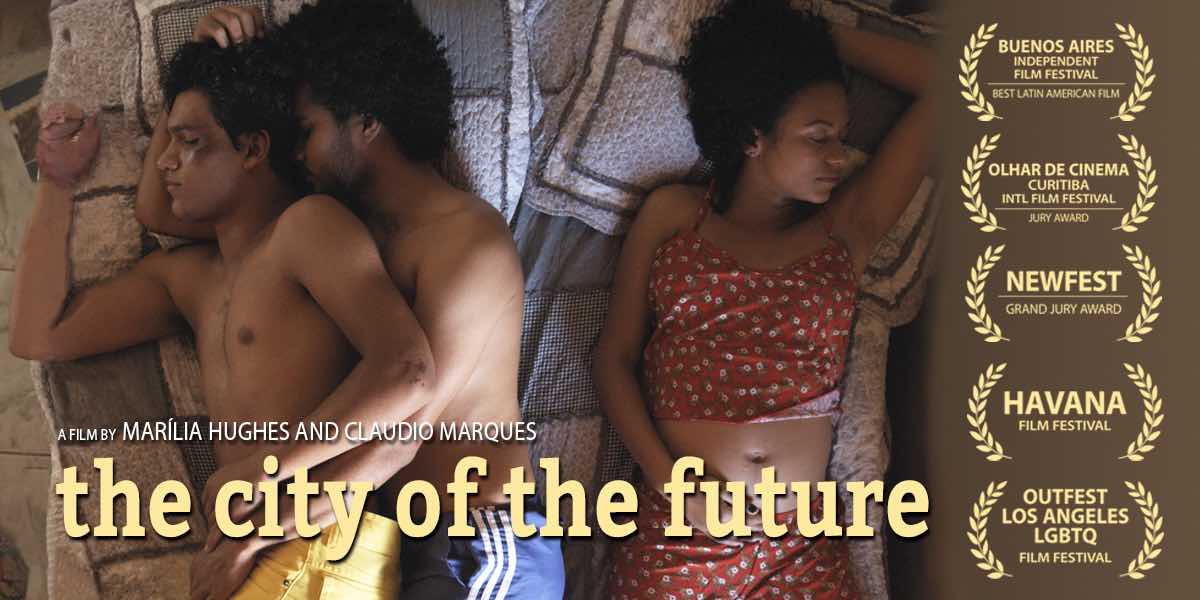 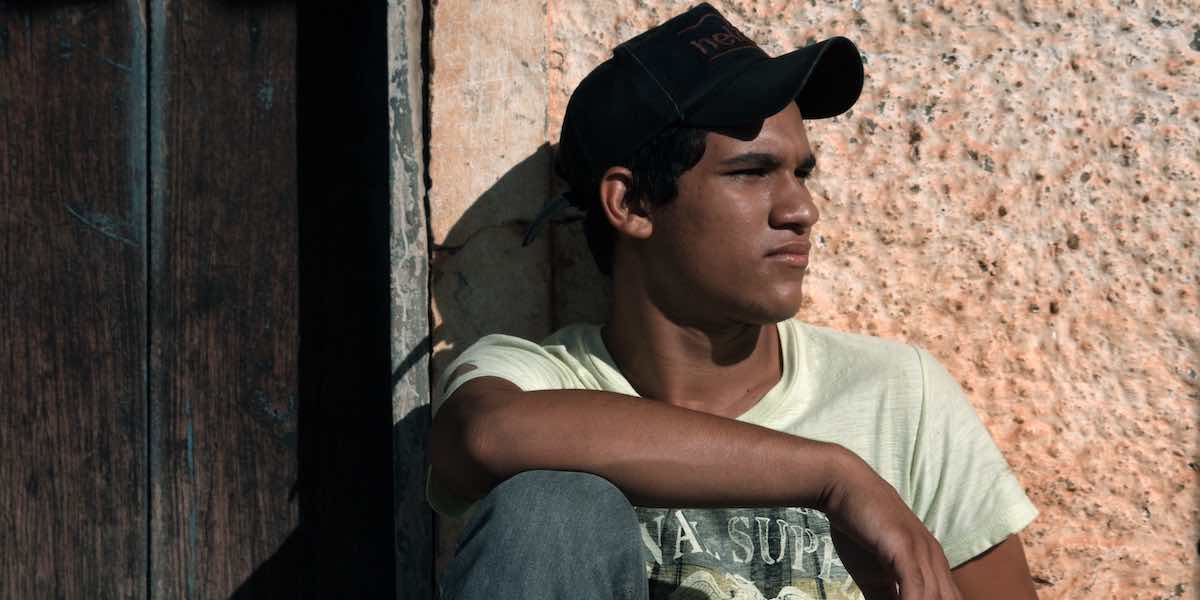 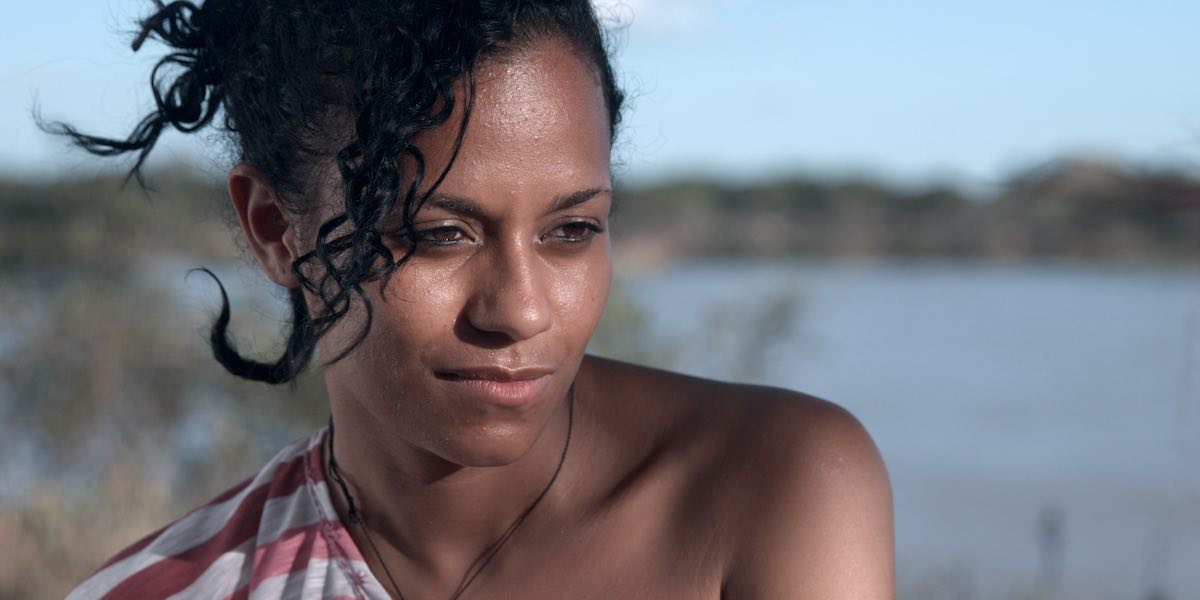 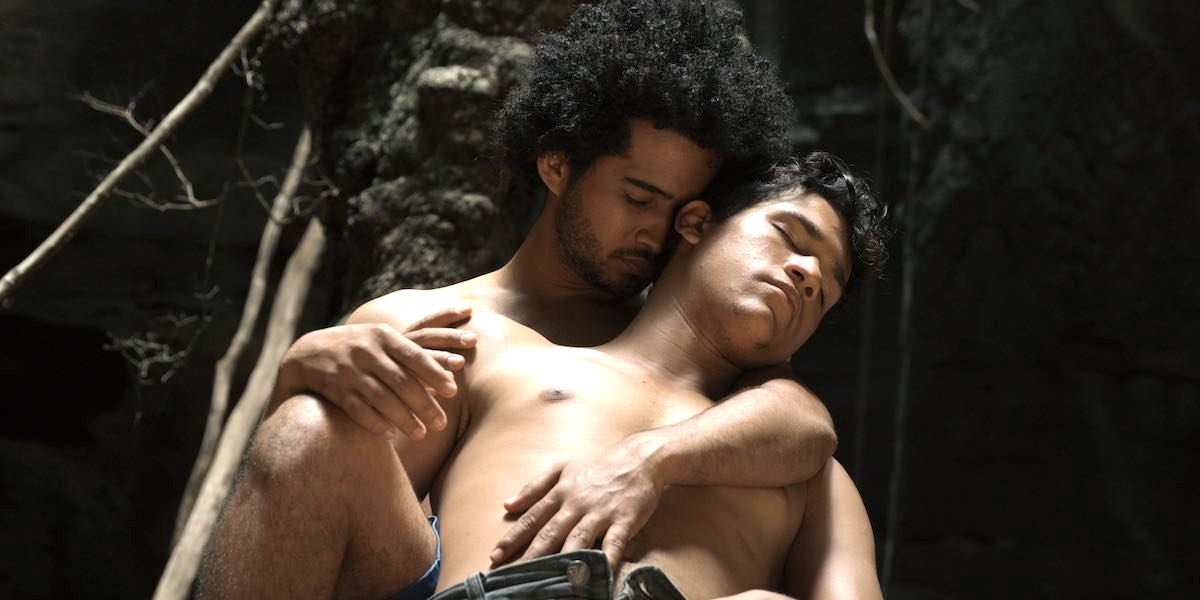 In Serra do Ramalho, Brazil, young teacher Milla finds herself pregnant by her colleague Gilmar. Gilmar is in a relationship with Igor, but Milla asserts that the baby will belong to all three of them. Despite some initial conflict between the three, and in defiance of their community’s reaction, they form an unconventional but remarkably uncomplicated family. Billed as the ‘city of the future,’ Serra do Ramalho was constructed in the 1970s in order to rehouse thousands of citizens that had been forcefully relocated. The setting becomes an important backdrop for this elegant, gentle film which is full of hope for a new generation building their own family of the future.

Directors Cláudio Marques and Marília Hughes Guerreiro have boldly collaborated on this beautiful naturalistic film that shuns convention, embracing love in all its dazzling iterations.

“The film is moving and makes you think; turning an unusual love story into a statement of freedom.” – Rodrigo de Oliveira, ABRACINE

“Here the body is a weapon. It is power.” – Narciso Faustino Mendes, Janela Critica

“An elegant, kind film, full of hope for a new generation that is making their own family of the future.” – Melbourne Film Festival

“The City of the Future does raise an interesting question, one which will no doubt start to be discussed more in queer cinema...[it] isn’t so much concerned with homosexuality or bisexuality, rather with the concept of a polyamorous relationship.” – Charlie David Page, Switch

Maríllia Hughes is a partner of the Coisa de Cinema Company, where, since 2006, she has worked as a director, producer, and editor.

“The Northeastern drylands of Brazil have changed a lot in the past years. Hunger and poverty are still a reality, but on a much smaller scale than that of decades ago. Economic development helped draw a new outline to this immense region of the country. Issues that were once only pertinent to the capital cities are now found and debated in the furthermost towns. The detached way in which many young men and women break free from a patriarchal, sexist and male-chauvinistic structure stands out in a society dominated by the imagery of the fearless, macho, cattle herder, the sertanejo. Younger people want to establish themselves as whole individuals, which includes breaking patterns regarding sexuality. Many of the questions being asked by these young men and women are often thought of as pertaining to the residents of large metropolises.

Serra do Ramalho, the town in which the movie is set, has a peculiar history that helps us understand the evolution of the fight for civil rights in the country. The town was planned and constructed in the 70s by the Military in order to take in 73 thousand citizens that had been forcefully relocated due to the construction of the Sobradinho Dam, in Northern Bahia. In a period of political exception, arbitrary methods were widely employed to get people out of their houses. The older residents were marked as “second class citizens”. If the traumas of the past still linger amongst the older generation, the strive of some young people to comprehend the region’s history is positively impressive. And, also, the struggle to build a life that is more diverse and filled with possibilities.

This is the context in which we will follow Mila, Gilmar, and Igor’s path, the three young people who will form an unconventional family in the heart of Bahia’s drylands.”