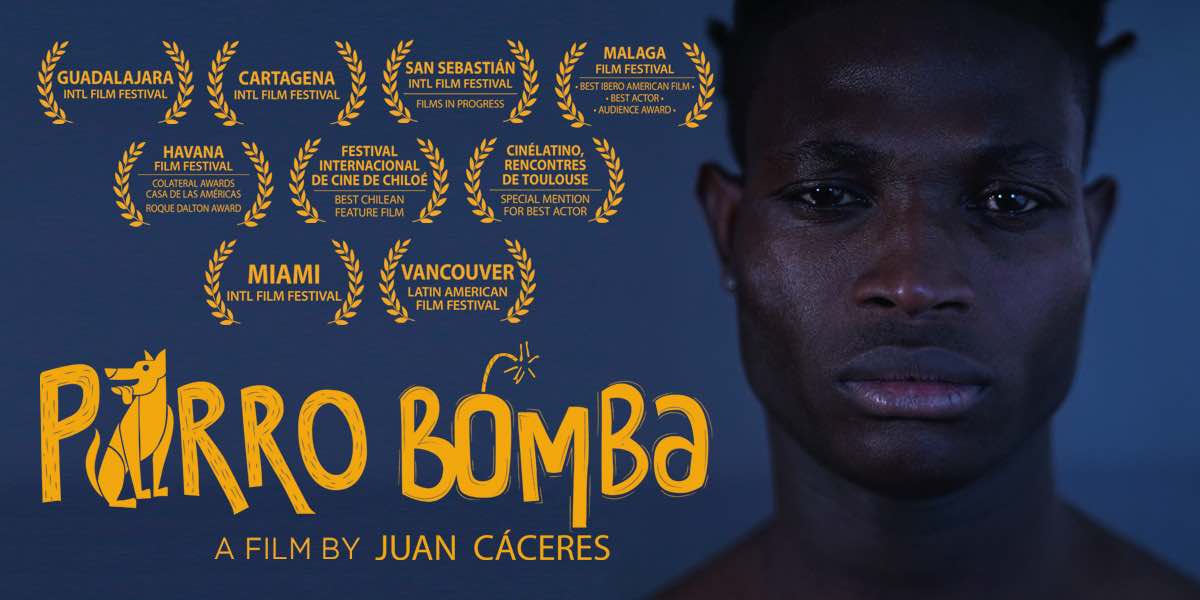 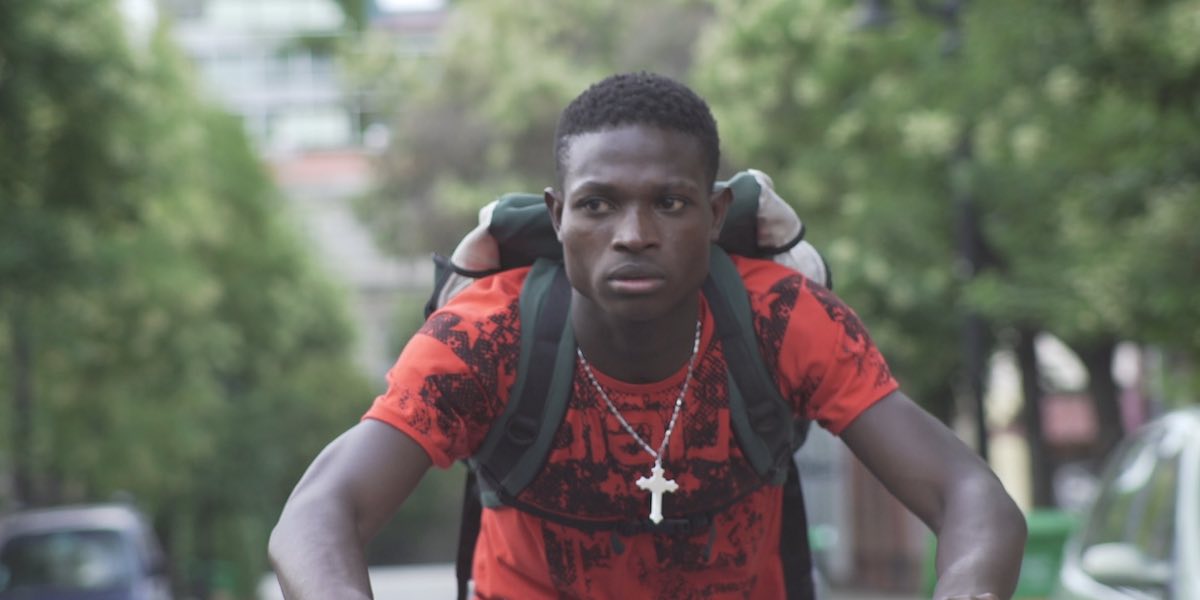 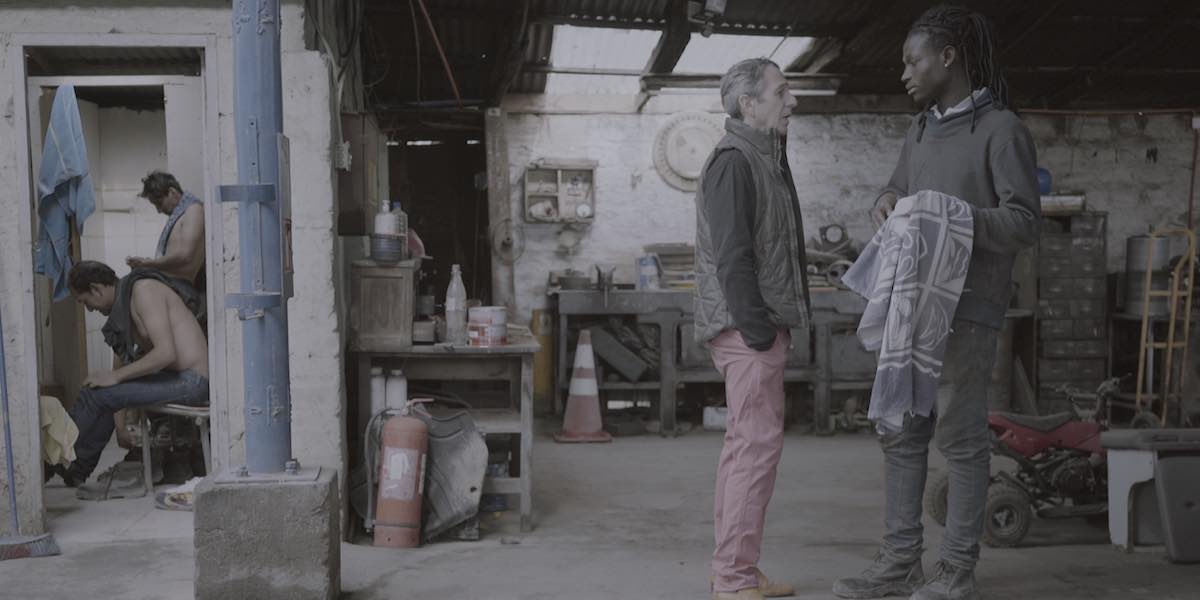 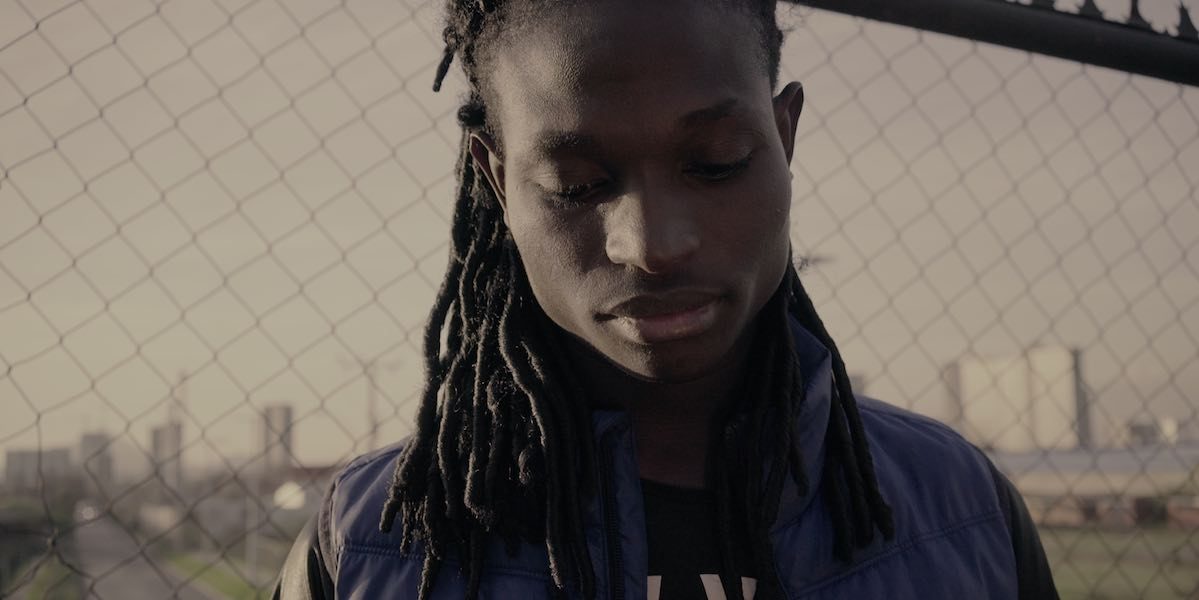 Spanish and Creole with English subtitles

Steevens is a young Haitian immigrant living a challenging, but somewhat stable life in Santiago de Chile: he has a construction job, a home, friends, and fun.

This precariously balanced life is disrupted when Junior, a childhood friend from Haiti, arrives in Chile seeking assistance from Steevens to establish himself. Junior has entered Chile without papers and doesn’t speak any Spanish. Steevens does everything he can to support his friend and even manages to get him a job with his employer. When an incident at their workplace erupts racial tensions and stokes a large anti-immigration sentiment in the city, Steveens loses his working documents. Now without a job, Steveens has to vacate his home and is left to wander the city, looking for a chance to restart his life beyond the margins of society.

“Caceres’ debut feature, the film takes aim at the arcane racism affecting above all Chile’s working class, and immigrants’ suffering from laws born in the time of a xenophobic dictator Augusto Pinochet which remain today and affect more than half a million immigrants.” – Jamie Lang, Variety

“Perro Bomba makes it clear early on that it is unwilling to sugar-coat its depiction of the Haitian immigrant experience, shining a spotlight on denigration in an ulcer-inducing, emotional gut-punch of a film...providing an unflinching depiction of racial abuse that cuts razor-sharp.” – Hagan Osborne, FilmInk

Juan Cáceres graduated from the University of Chile and started his career as a filmmaker directing the short fiction film Desiderium in 2016, which premiered at the Santiago International Film Festival (SANFIC). In 2017 he directed La Duda, which also premiered at SANFIC and then went on to an international tour that included Havana, São Paulo, and Toulouse film fests. Perro Bomba is his feature film debut. The film was selected for some of the most prestigious Work in Progress industry events and won several development awards. It was the biggest winner at Guadalajara Construye, the festival’s Works in Progress section. Perro Bomba had its world premiere at the 2019 HBO Ibero-American Feature Film Competition at the Miami International Film Festival.

“With Perro Bomba, from both an aesthetic and a political point of view, we wanted to subvert the conventional process of shooting narrative films, which, in our opinion, tends to isolate filmmakers from things as there are in the real world. Our idea was to work in a more horizontal and grass-roots way. We dived into the immigrant community and lived with the people who appear on camera. Asked their opinion about scenes and situations reflected in the film.

But beyond aiming societal racism and antiquated laws facing immigrants living in Chile, we were aware the focus of our story was a matter that should concern everyone everywhere: global migration. Many things have changed in world affairs since we started developing Perro Bomba in early 2016. At that time, Haitian migration to Chile was incipient, Donald Trump’s xenophobic campaign speeches were considered a bizarre eccentricity and, in Europe, Angela Merkel was the champion of what then seemed to be a continental-wide effort to find solutions for two million refugees. As we all know, Trump’s triumph together with the growth of nationalist populists parties in Europe ended up validating anti-immigration discourses worldwide.

Perro Bomba poses several questions and asks the audience to take a stand. One of them is what Chileans are supposed to do with people like Steevens —a young Haitian immigrant who arrived in Chile pursuing a better life and who is willing to put in the hard work to earn a residence permit, but cannot prevent racism to infiltrate into his daily life, ending up with broken dreams and ostracized. To wider audiences all over the world, the question is what should we do about those other Steevens, people forced to flee from their homes due to poverty or violence, only to face the rejection of most nations with the burden of having a different culture, language, and skin color at a time where many nations are embracing nationalistic ideologies over multiculturalism and diversity. In this sense, we hope our story while showing a real situation happening in our country Chile, will resonate with audiences worldwide, promoting much-needed empathy and global activism.”